In 1996 Professor Warren Bennis wrote an article for the Harvard Business Review. In it he told what he had learned from the book “Leading Minds, an Anatomy of Leadership”, which had been published by psychologist Howard Gardner a year earlier. Bennis chose a revolutionary title for the time, although very effectively: “The leader as teller“”

To understand how visionary he was, let me translate one of his sentences from English: “All over the world, mankind is exposed to three extraordinary threats: destruction as a result of a nuclear accident or war, ecological ecological plague or catastrophe and that of a deep leadership crisis in our institutions”. Good prediction, made 24 years ago. Bennis said – and I agree – that the “most pressing and dangerous” of these crises is leadership because “it is not sufficiently recognized” and “it is poorly understood”.

In his book, Gartner viewed a leader as “anyone who has influenced the behavior, thoughts, or feelings of a significant number of other people, either through words or through examples.” And Bennis supported him with the words: “Effective managers know how to put the desires (…) and needs of people into words. They create communities from words ”.

Leaders are therefore people who do not govern, but who make sense of what they have to do, and who do it with enthusiasm, to those who follow them. And they use stories regardless of whether they are aware of it or not.

Although it appears that we have learned little from these definitions and warnings, many authors came to Gardner and Bennis to support the leader’s idea as teller. For example, here are Professors Jack Harris and B. Kim Barnes, who studied and demonstrated in 2006 that “Leaders who speak convincingly are also those who communicate important messages in a memorable way and open the door to leadership for others, they develop more effectively Relationships with those who lead them and create an inspiring culture within their organizations ”(own translation again).

Or Adamson, Pine, Van Steenhoven and Kroupa, which in their article “How the Tell stories can guide strategic change ”(2006) introduced a key variable for this reflection: The stories of executives not only create community, but also enable organizations to adapt to changes. The greater the narrative capacity of its members, the greater the adjustment of the organization and vice versa.

Then came Kopp, Nikolovska, Desiderio and Gutterman (2011) or Steve Denning, who confirmed the thesis, or essayists like Paul Smith (2012), who demonstrated how Microsoft, Motorola, Saatchi Saatchi, Procter Gamble or NASA itself the Tell stories deliberately as a management tool. “

Today the question of whether managers are good or not Storyteller is already beyond doubt. What is still being investigated is whether the good guys Storyteller You were born or made. But look, since one anecdote is better than a thousand theories, I’ll tell you that business schools as important as Wharton teach managers to be better storytellers. By the way: a book called “The Influencer that we carry within us ”, which suggests a method to develop this ability. 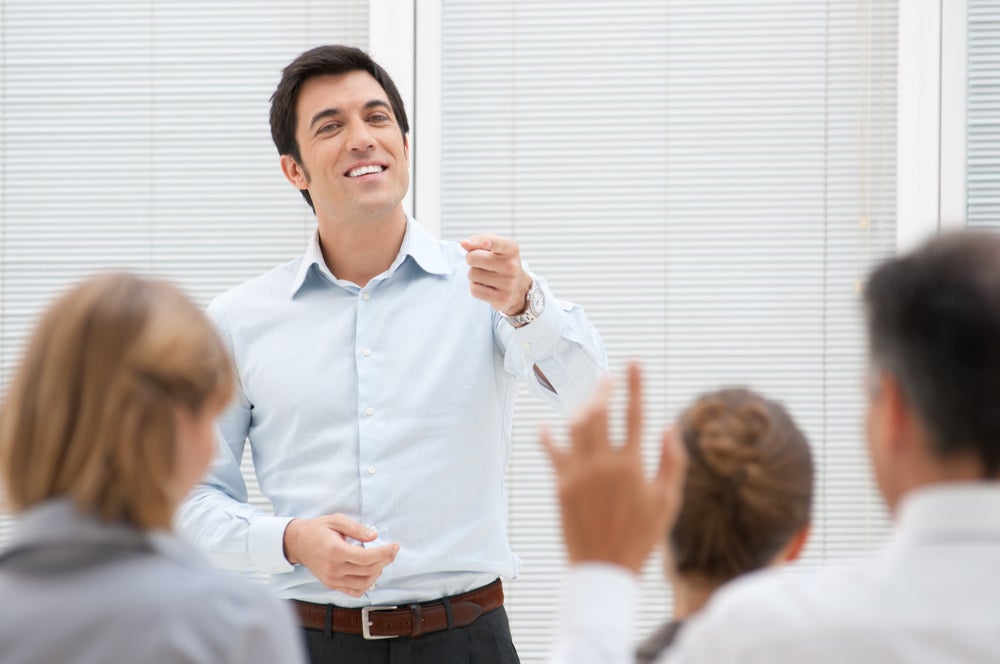 Executives are therefore people who do not rule, but make sense to those who follow them / Image: Depositohotos.com

Do you lead teams? Build a story and reduce your stress

In the past few months, many professionals around the world have lost their usual references. They no longer went to the office. They started teleworking. They changed their social habits and became hermits in their homes. They learned to work in front of them with their children and partners. Put on masks and gloves to go outside; Manage free time; coexist with bad news. The change was huge. And if we were used to change, we had to go back to normal.

At the time of writing, half of the world may be in the misconfiguration phase, and hopefully not the other half is in the “reconfiguration” phase. The fact is that we are all concerned. Our present is impossible for us to compare with anything from the past and our future is unknown to us.

Now is the time for leaders to do their best work. Which does not mean commanding, commanding or forcing to be in a good or bad mood. Managers always had a responsibility to get every member of the organization to do their best. For this it was necessary that the team believed in him and followed him to the end of the world. Leadership means making sense of the job. Leading is the story of a shared future in which the team wants to live and is proud to help build it. But if fear takes over the team, there doesn’t seem to be a possible future.

Key to developing your leadership stories

If you lead a team, your employees will certainly return to work full of desire, but also full of fear, tension and nervousness. You have to reassure them. And you have to do it now, not in a few months. So I suggest a list of tasks.

1. Avoid lectures. I’ll be honest with you: if you haven’t thought of writing a story yet, it’s because you’re certainly not one teller born. If I told you to build a story now, it would be like asking you to tell jokes without being funny. Forget that. You have to be first teller And you need time for that. But you don’t have it because we’re in a crisis and your team needs you to calm it down now.

2. Listen to your team. So that you start spending time listening to your people. Do it individually and together. Surely work has accumulated after limited months, but really: What do two more hours of your time mean if you have spent months without an office? Call them one by one and be interested in the course of the experience during childbirth. In particular, ask them (without forcing them) what their feelings were, what they were afraid of, how they experienced the sadness of losing someone they loved … Also ask them to be open about their fears about the future of the organization To reveal. And tell you. Talk openly about what you know and what you don’t know. You will understand that you do not know something. But they won’t understand that you don’t want to hear them.

3. Take these concerns carefully. Take your time and write down all ideas and fears. It’s not so much a list of people as a list of concerns. 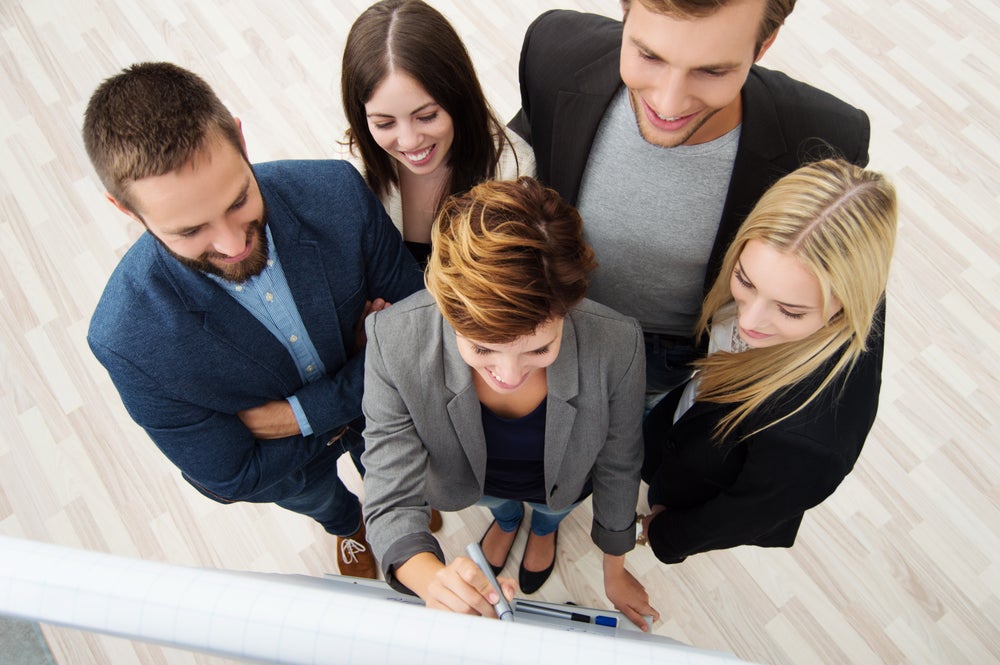 Take your time and write down all ideas and fears / Image: Depositphotos.com

4. Identify the three main problems from your team. The fears that were mentioned most often. You want to focus on them because they are the most dangerous. And if you don’t manage them now, they’ll come out later in the form of accusations.

5. Look for analogies that fit these concerns. An analogy, you know, is what we say every time we compare two different cases without doing anything, as sharing a common underlying meaning. Certainly you have never experienced a COVID-19, but surely you have experienced other previous crises that you came out of. Let yourself be inspired by what you have learned from the past and make sense in the present.

6. Create a common bank of analogies for key concerns. Organize a meeting with your team. If it is very large, organize various meetings. Explain what concerns are most common and ask them to talk about past times when you have overcome other major crises. For example, tell them the analogies you found in the previous point. But the most important are the ones that they will say because they are the ones that they will share. Use the knowledge of the most experienced. Write down what you learned in previous crises and what is useful for the present. As Annete Sinclair says, story sharing “reduces the sense of threat to the unknown and creates confidence in the future.”

7. Be honest, short and recognize your conversation partner. Avoid the temptation to tell stories you don’t believe in throughout the process, listen twice as much as you speak, and thank and appreciate everyone’s efforts. The best executives attract good people. They don’t do this by cheating, but by convincing them. And well-convinced people are exactly what you need to move forward now.

Their stories are not magical and will not prevent the crisis. Therefore, instead of counting milongas, I suggest that you build a culture of dialogue in your team so that shared stories flow and the fear dissolves more quickly. The chances of getting ahead will surely increase quickly.

The Department of Labor and UNHCR are making this application due to the increase in the number of people with this disease in the country. 2 min read In Mexico, the number of asylum applications rose in recent years from 2,137 in 2014 to 70,302 in 2019. Mexico asks entrepreneurs to hire refugees Due to…

Leaders need to understand the full range of options in climate mitigation and adaptation.

After working 50 hours a week, most entrepreneurs feel trapped and think that there is no time to switch off or relax. The endless commitments, deadlines and the emphasize they are guilty of this fast paced lifestyle. Here is the stark truth. Time is a resource that we cannot regain, it is your responsibility to…

The opinions of the employees of You are personal. “The Simpsons” has become a television series that has followed many people’s lives over the years. Indeed, many of today’s entrepreneurs grew up in the shadow of the adventures of Springfield’s most famous family. 3 episodes of ‘The Simpsons’ every entrepreneur needs to watch With…