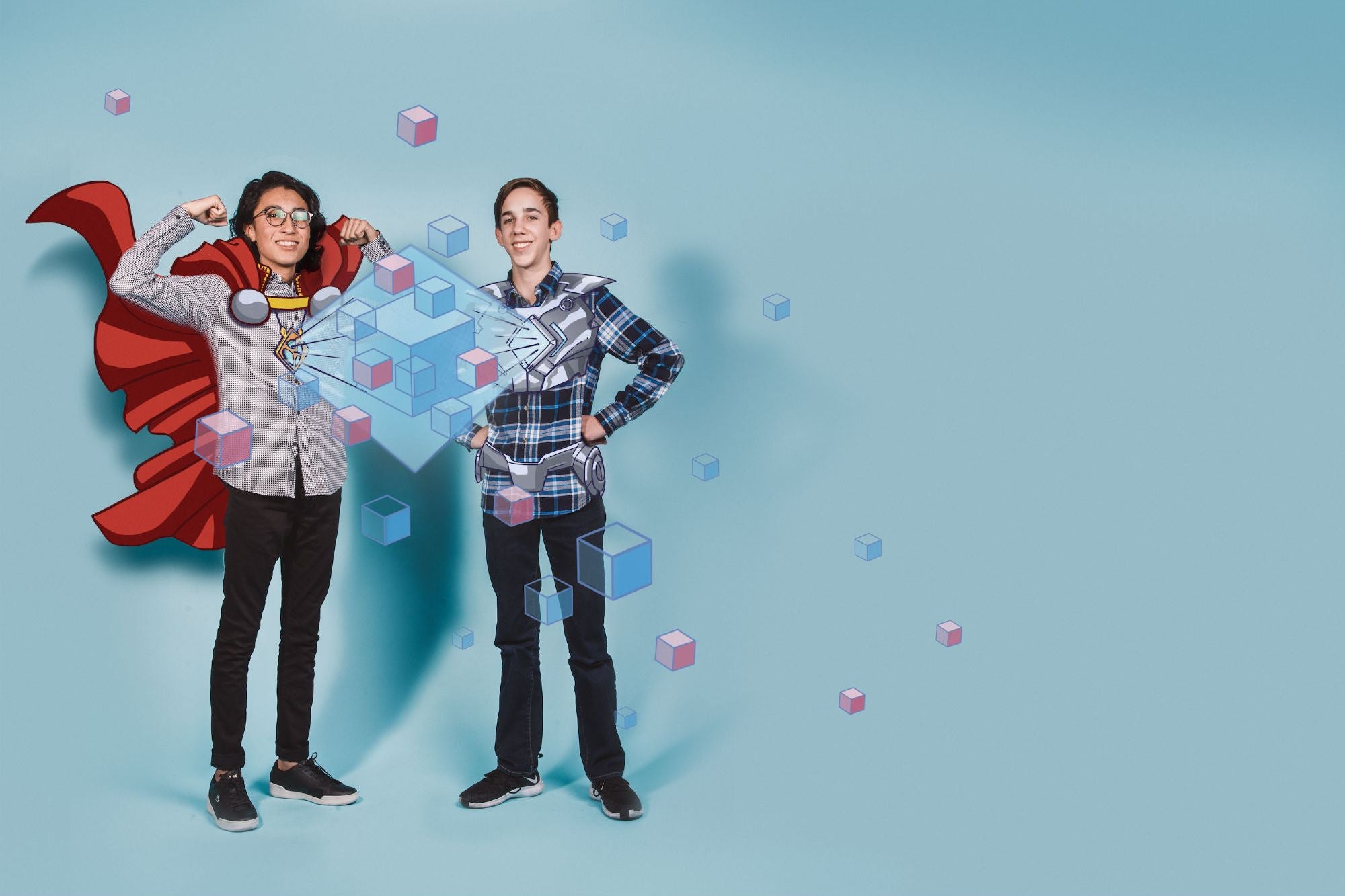 Diego and Darío created Tic Tac Cubed, a board and small 3D printed cubes that combines the game of Cat and Connect 4, with which you can learn the art of negotiation.

Diego and Darío are two friends who are studying third grade of high school in Monterrey, Nuevo León. Last year, during an innovation class, which they take once a week, they were asked to brainstorm. “We really didn't want to do it, so we started playing Gato and we realized that the game ends very quickly,” they recall.

This is how they came up with the idea of ​​creating a game that would represent a greater challenge and think of various strategies. They thought it would be much better if it was something that not only could be written, but had volume and was portable. The result was Tic Tac Cubed, a board and small 3D printed cubes that combines the Cat and Connect 4 game.

The boys take as a subject an entrepreneurship and innovation class, taught by Young ship and Innovation International (Yeii). Additionally, at the Latin American School they have a tradition of participating each year in the Young Inventor Challenge (YIC), held at the Chicago Toy and Game Fair, the perfect incentive to spark creativity.

Related: The pastry sisters who did business with their hobby

“It is increasingly important to innovate, because every day new things and technologies are coming out and you have to catch up,” says Diego, speaking of the importance of constantly working on this concept. For his part, Darío adds: “Almost everything that exists has already been improved. So we should think about entrepreneurship, which is that: do something new or improve what there is and follow your ideas. ”

The sketches of the toy were made on his iPad with the help of a website called Tinkercard. Then they manufactured it in the 3D printer that Diego has. “For a long time I like to watch videos of people printing in 3D, so I became a father that you can do anything with that material and I went into the hobby,” he says.

The children faced more than 250 competitors and were winners. They received $ 500 and sponsorships. Now, with Yeii's help, they are in the process of protecting their intellectual property, as they will seek to license it to one of the toy giants. “It's because it took us a long time to print (3 hours),” says Darío, who is passionate about building things and skateboards to scale. In turn, Diego comments: “I do not have a very clear idea of ​​what I want to do with my future, but what I do see is that I start my own business and it is something I want to do all my life.”

De la Rosa opens its first official store. They want to offer their customers a comprehensive experience. Read for 2 min This is how Dulces de la Rosa tries to conquer the Guadalajara Marzipan consumption is very typical in Mexican families. In 1942, Jesús Michel González and his family started making sweets at home. The…

And how can we use these lessons to be smarter in the future? Increase your business, Not your inbox Stay up to date and subscribe to our daily newsletter now! Read 6 min 7 financial lessons the crisis will teach us The opinions of the employees of s You are personal.   Text messages, emails…

The unemployment rate for recent college graduates is higher than that of the general public. Here we explain how to avoid joining that majority. March 17, 2020 6 min read The opinions expressed by collaborators are personal. How (and why) to get the most out of business school It has long been statistically real…

What songs motivated the Apple confounder? Listen to them yourself. As for musical tastes, Steve Jobs was a classic soul . The Apple co-founder, who died in 2011 after a battle against cancer, enjoyed listening to the greats of rock, jazz and folk of the 60s and 70s (yes, he was a de facto entrepreneur,…

The opinions of the employees of s You are personal. As a business owner and proud father of three, I don’t always have the time to get the latest information Netflix series Weekends. What I do is sit and watch a documentation occasionally. Not only are they a great way to relax and relieve stress,…

Oh My Coco was founded by Mariana Rodríguez, an entrepreneur who tries to help the planet with her products. 5 min read The opinions of the employees of You are personal. This company wants to give coconut waste from large factories a useful life Oh My Coco products include bowls, cutlery such as knives,…