Xavier Rubio was such a bad student Now his teachers would not believe that with his company Pixdea, which transforms a classroom into a virtual reality room, he has become one of the best entrepreneurs in Latin America in the education sector. The company operates in Honduras (country of origin), Costa Rica and Chile. Soon it will come to Mexico.

The pandemic came and the classroom courses were interrupted, what did that mean? Pixdea? Allocation of efforts to other sectors (except education). The result was very positive. They opened a business area specializing in virtual reality. They currently work with global companies like ESSITY and have had sales in excess of 100,000. COVID-19 hasn’t stopped Pixdea’s growth. On the contrary, today its founder feels more driven to resume classroom teaching.

Xavier recalls being diagnosed with hyperactivity and attention deficit as a child. “For me there is no such disturbance. There are only very boring schools; and some children can’t stand it. You get up and leave the classroom. That happened to me, “says Xavier Rubio, Pixdea’s CEO, in an interview for in Spanish.

The success is due to the quality of the local and international content in different languages. and easy to implement. That’s why Pixdea made it to the Seedstars 2020 World Final, a competition for the most innovative entrepreneurs in emerging markets. He didn’t win first place, but he’s already in talks to attract venture capital and angel investors because he was with Seedstars.

Xavier Rubio has learned to realize virtual reality in an autodidactic way. it is background It’s not technology. He studied international business and marketing, a Masters in Finance and an MBA.

There is no such thing as total success for this entrepreneur, but it is a path full of small successes. The main thing he recommends to readers is:

“You have to fail a lot and have steel skin or kite scales so that the fire doesn’t affect you. Learning and the tusk of an entrepreneur lie in failure. Don’t be afraid to fail or be wrong; because failure is part of the road to success. “ 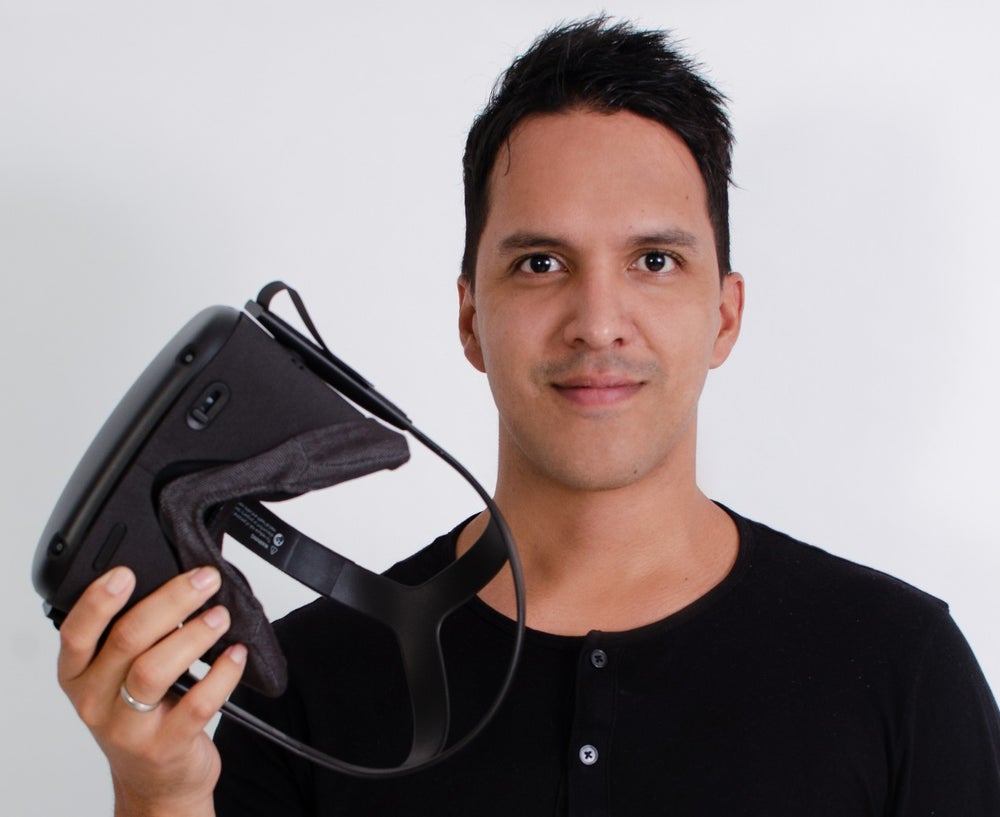 His first business: selling collector’s cards; and mangoes with chilli and lemon

Since childhood, Xavier Rubio always thought of his next business. He started selling trading cards first; then mangoes with lemon and salt after 10 years. At the age of 14 he gave the garden and car wash service in the neighborhood where he lived. At the age of 18, he was studying a career, had a job, and a pallet marketing company that sometimes made him $ 1,700 a week (about 34,000 pesos). It also exported rambutan from Honduras to Miami.

When he saw a team in the United States removing the rubber that planes left behind when they landed, he started Aguablast, a company that provided the same service for Honduras airport. It started with a small pump and evolved into a truck with a huge pump. With this machine he also provided all Mormon churches in his country with a cleaning service. They were his biggest customer and in the end they bought the company from him.

Together with Aguablast, Xavier founded a magazine called humming-bird focused on various topics to improve people’s lives. With the proceeds of this publication, he carried out restoration work in the community with the support of volunteers and sponsors.

After these efforts, Xavier held a position at a technology company as a marketing director. Eight months later, he resigned and founded Pixdea in Costa Rica in early 2017. First, I did Virtual Reality to sell real estate projects that had already been built. Xavier went on sale with a product with minimal viability, and two days later he had $ 26,000 in sales (around 520,000 pesos) when he got two major real estate developers as clients.

The success began in 2017 with the Pixdea: Technological Innovation Award (PIT). In 2018 he won first place in the Yo Emprendedor competition. In the same year he was selected as one of the 30 Forbes Business Promises. It received the INCAE Award and the recognition of the Costa Rican construction chamber as the most innovative company in the construction sector.

In 2020 Pixdea was part of the startup Chile generation, one of the most important business accelerators in the world. In the same year they were finalists for the IDB PLAY (EDTECH competition); This is one of the 10 solutions identified by the Inter-American Development Bank for implementing Pixdea in LATAM.

“We started Pixdea by turning a property into a virtual environment. However, in 2018 we found that it wasn’t scalable. And we loved education so much that we paid more attention to that segment. Although creating educational experiences takes a lot more work. The programming is much higher. But I never stopped studying, ”says the entrepreneur.

What is the business model?

Pixdea generates income through an annual membership of $ 60 (approximately 1,200 pesos) paid by the school for each student. This way the students have unrestricted access to all content. Pixdea also creates bespoke training modules for various companies. They also run free educational trips in collaboration with private companies.

To date, more than 8,000 students have tried Pixdea technology. The market is big: 163 million students in Latin America. By the end of this year, Pixdea is expected to add 10,000 public school users in partnership with Racsa, the state internet provider in Costa Rica.

“There’s a huge business going on in education. specifically developing a program so schools can have their own virtual reality classroom. We have signed contracts for $ 200,000 and the intent to buy is over $ 400,000, ”said Xavier Rubio, founder of Pixdea.

With the virtual reality produced by Pixdea, they can take students to any place and any time in the story. The first educational experience Xavier and his team had was a trip to the solar system, where the students sit in a spaceship and get to know each planet.

“We tested this first project in private schools in Costa Rica and it was very well received. The feedback from the children was very good. They told us that they really liked learning this way. Other content we have is the cellular world, the Maya world and the compilation of the world map, ”he explains. 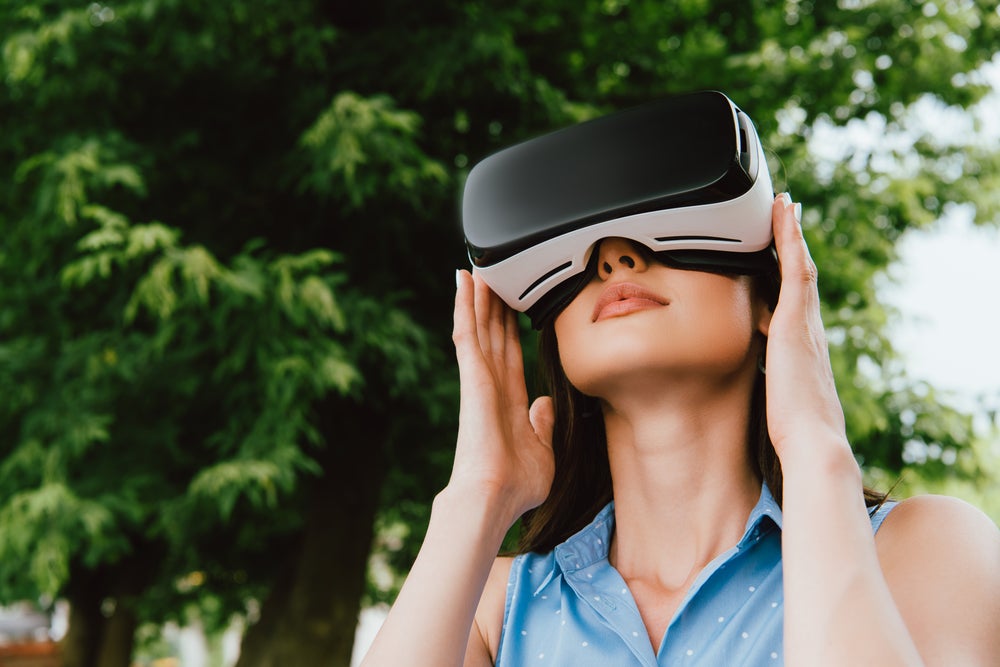 With the virtual reality produced by Pixdea, they can take students to any place and at any time in the story / Image: Depositphotos.com

His greatest passion and what makes him an entrepreneur

What interests and excites Xavier Rubio most about entrepreneurship is that, despite so many needs and uncertainties, it is possible to use creativity to solve many problems with the fewest resources available.

What defines him most as an entrepreneur is to be very hungry and eager to learn; besides being too curious. “My expertise, or the most important value I can bring to the company, are all of these new ideas that result from seeing and reading a lot of content from other areas or industries. But with a twist, it can be adapted to what we do. I consider myself a specialist in innovation and generating new business models. ”

As a founder, you believe that there is no need to take out loans for your business. What it takes is a lot of creativity and that the same sales are the ones funding your entire project. Although he never thought of raising capital, he is in the process of doing so. “This education is so out of control that we need to get investors to grow production exponentially,” concluded Pixdea’s founder.

Original note published in Cine Premiere After several months of inactivity, with which we woke up one day in February, the second largest cinema chain in Mexico has again shown signs of life. According to recent reports Cinemex plans to reopen its theaters in a few days as there would be limited billboard, but hey…

An unlawful death lawsuit alleges the facility covered up the outbreak. 3 min read This article has been translated from our English edition. The heads of a Tyson facility are betting how many of their workers would get COVID-19 if they were forced to work in the pandemic This story originally appeared on Business Insider…

The Non-fungible tokens (NFT) or unique, non-tradable digital assets are part of the conversation every day and Twitter knows it. This morning the official account of the microblogging social network released a collection of 140 NFTs for its users. 140 free NFTs for 140 of you, besties pic.twitter.com/0Pm0tNhIRg – Twitter (@Twitter) June 30, 2021 Twitter…

While there is no one recipe for success for your children, this data confirms that there are certain factors that can be very helpful. The opinions of the employees of You are personal. The 7 things parents do who want successful children Anyone who has kids, or wants to have kids, wants them to…

I am David Show had to remain in strict quarantine for at least 14 days to avoid infecting more people. April 13, 2020 2 min read We live in a time when people are quite suspicious of influencers . And when we see notes like this we understand why. Youtubero Soy David Show decided that…

McDonald’s is renewed to attract consumers and increase its income. It presents an app for home delivery. Increase your business, Not your inbox Stay up to date and subscribe to our daily newsletter now! Read for 1 min Who needs Uber, Rappi? McDonald’s launches its own delivery app Several companies have already decided to adapt…