With over a billion people using social media worldwide, it is more difficult than ever for brands to stand out from the crowd. Hence the emergence of the InfluencerThis was one of the most significant changes in marketing in the past decade.

Some creative marketing specialists have decided to find an alternative to the typical approach for influencers and instead use artificial intelligence to create their own brand ambassadors. These virtual influencers are fictional computer-generated characters whose “personalities” are completely fictional. They are combined with animated images by digital artists to accurately reproduce the subtle properties of human faces. Some companies build their own influencers from scratch and create their own character, from which they can control all aspects.

Lil Miquela and her friends 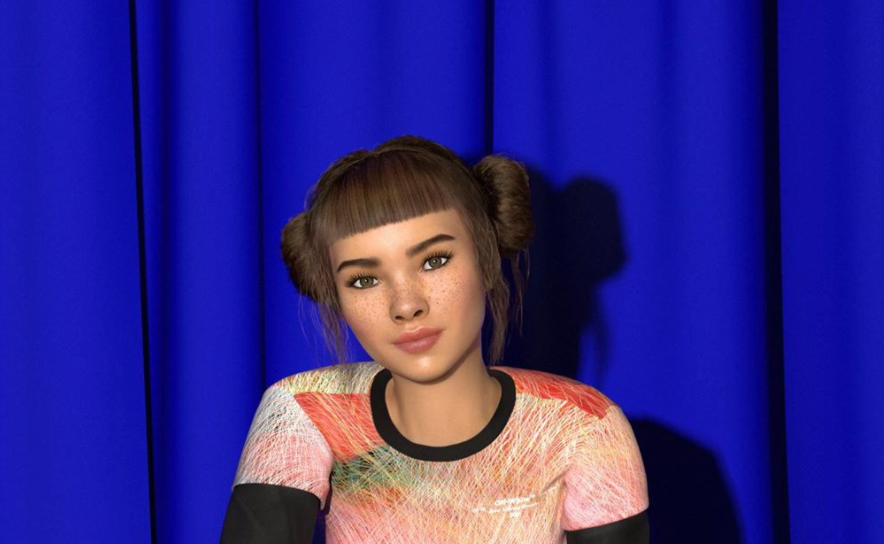 Instagram users have already seen creations like this Lil MiquelaThe 19-year-old releases music as he goes through a carefully written drama that captivates his 1.6 million followers. Lil Miquela, founded by the Los Angeles-based company Bruder, is said to have triggered the phenomenon of CGI influencers in 2016 when it exploded on Instagram. It is now a regular face in fashion magazines and offers a large selection of luxury brands. Every month, more than 80,000 people stream Lil Miquela’s songs on Spotify. She gave interviews at Coachella and showed a tattoo designed by an artist who worked with Miley Cyrus. By the time its creators revealed their true origins, many of his fans were convinced that it was a flesh-and-blood teenager. 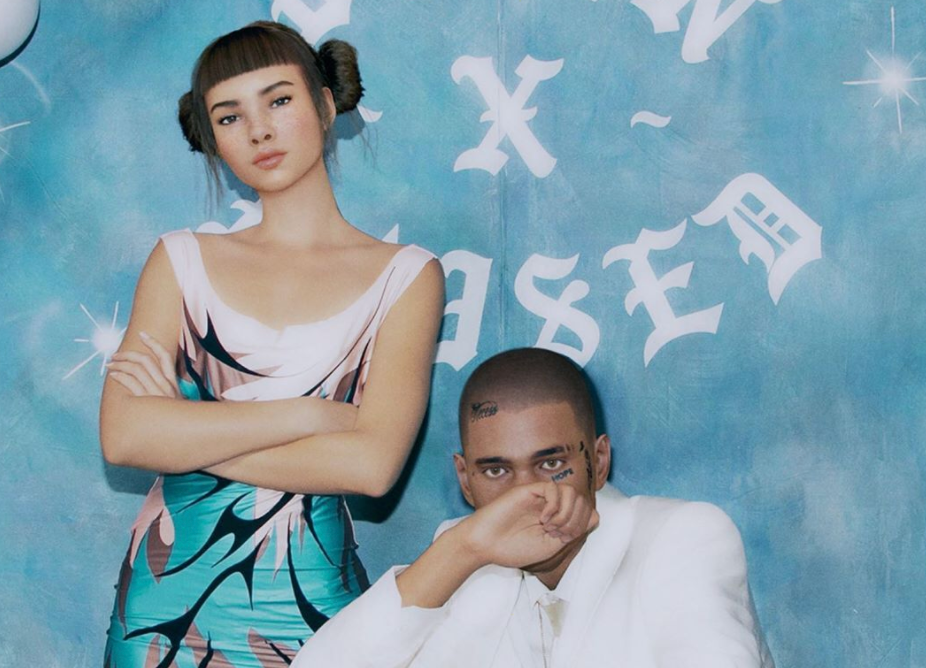 Blawko was created by brother like Lil Miquela. With sporty styling and tattoos, he describes himself as a “young robot sex symbol”. Because of the mask that covers half of his face, he is perhaps the most mysterious of all virtual influential stars. It has become popular among users for its laid-back nature and uninterrupted relationship with Bermuda, another CGI-created influencer.

The virtual colonel and others 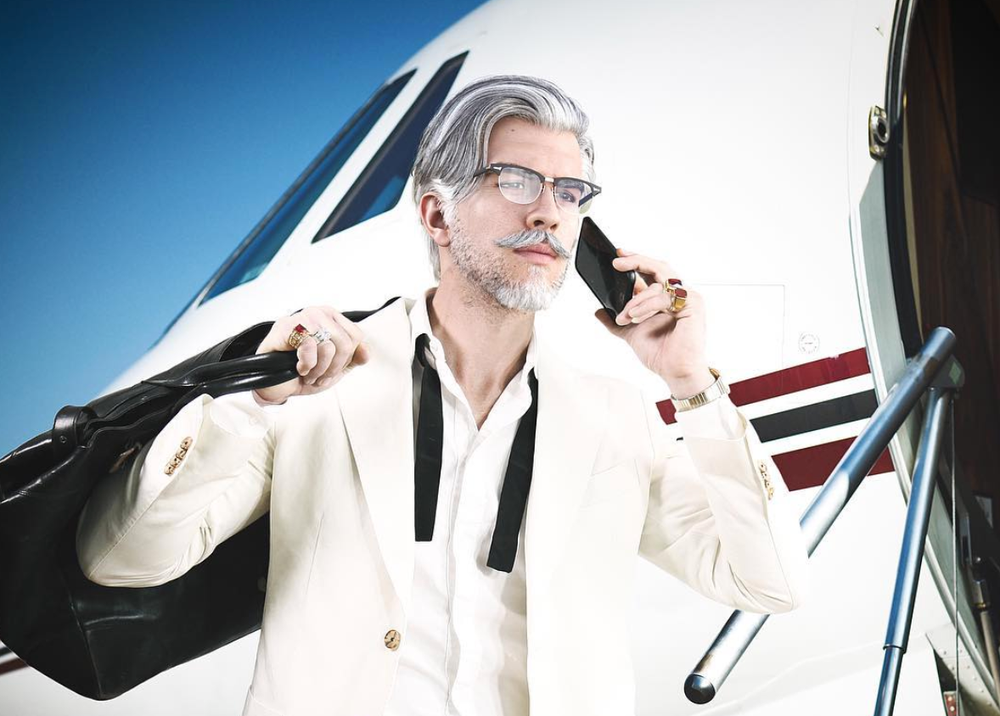 KFC’s virtual colonel wants to parody the lifestyle of Instagram influencers and shows the ridiculously handsome Colonel Harland Sanders, who is leading his best life. The mysterious human character comes from the official KFC account, which has 1.3 million followers. He identifies him as a virtual influencer who pursues the dream, sells chicken, and is based in Louisville, the company’s headquarters. He’s wearing the Colonel’s signature gray hair, black-rimmed glasses, and a white suit, but instead of a chubby old man, this version is a patterned hipster with a tattoo on his torso that says “Secret Recipe for Success” . He often works with other brands like Dr. Pepper, Old Spice and TurboTax together.

In autumn 2018, the French luxury fashion house Balmain launched a campaign with three digital models. Two of the models are available exclusively for the Balmain brand, while the third, Shudu Gram, is a free agent popularly known as the world’s first digital supermodel. British fashion photographer Cameron-James Wilson created Shudu, which has more than 200,000 followers on Instagram and blurs the line between digital and reality. She can’t speak and isn’t artificially intelligent, but with Wilson’s help she shares her message of empowerment and diversity in the fashion industry. 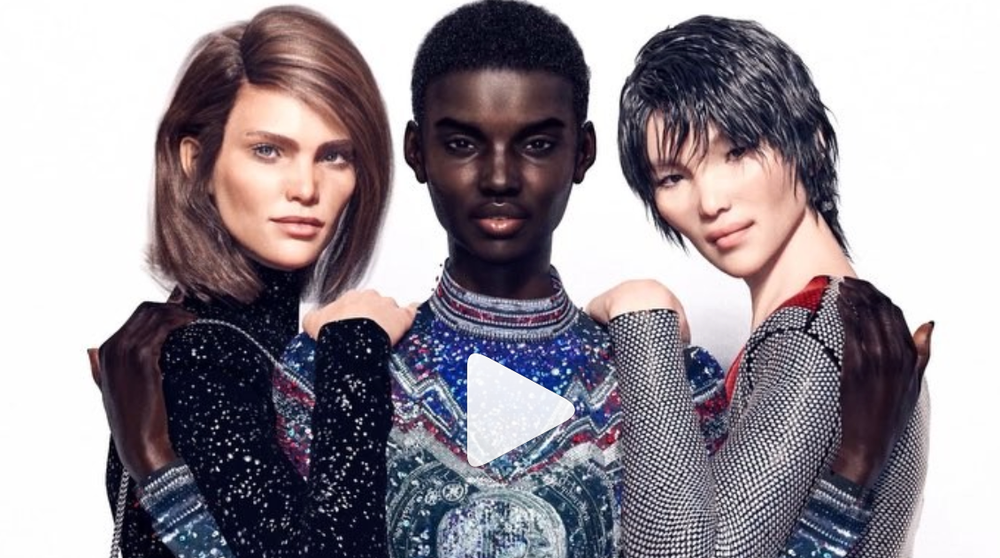 “A few years ago, the influencers’ idea on social media was in its infancy. Its popularity is a sign of how quickly the trend caught the imagination of the public,” says the photographer and marketer. online Katerina Leroy. She says using virtual influencers benefits brands because they have full control, save time finding the right human influencers, and reduce the risk of negative comments. On the other hand, it could be another fading marketing experiment “that doesn’t change the course of influencer marketing,” she says.

Harry Hugo, co-founder of the Goat Agency, says virtual influencers will be inevitable in the next 12 months. “You are available 24 hours a day, 7 days a week and have a personality that is exactly what you want. You can literally be what you want. These things are a big plus for brands because they are the perfect ambassador. “

According to HypeAuditor, “virtual influencers have almost three times more engagement than real influencers. This means that followers are more concerned with the content of virtual influencers.” The play suggests that novelty is a key element of current popularity and that digital models will lose some of this interest as they become more common. But will you? Will we even know who is real and who is not in the future? The statistics here suggest that this topic is likely to become a major point of discussion.

The Fintech Radar report revealed that the mortality rate of fintech startups in Mexico has dropped to 4.5 percent. March 26, 2020 3 min read The fintech sector in Mexico continues to show excellent dynamism. According to the latest edition of Fintech Radar de México , carried out by Finnovista in collaboration with the Inter-American…

When you first check your phone when you wake up, you need to apply these tips. The opinions of the employees of s You are personal. 5 ways to be productive before you get up (even if you don’t want to) What is the first thing you do when you do you wake up? Check…

Chiapas, Campeche and Veracruz, which have a green light today, must start classroom teaching from January 2021 by decision of their local authorities. 4 min read Voluntary classroom courses in January: SEP The head of the Ministry of Public Education (SEP), Esteban Moctezuma Barragán, announced this Tuesday that the States that glow amber can return…

9 min read The opinions of the employees of You are personal. “Missionary” or Mercenary? The question that defines your type of success The million dollar question. Jeff Bezos He is one of the richest men on the planet. He founded Amazon when the Internet was just being born with the vision (at the…