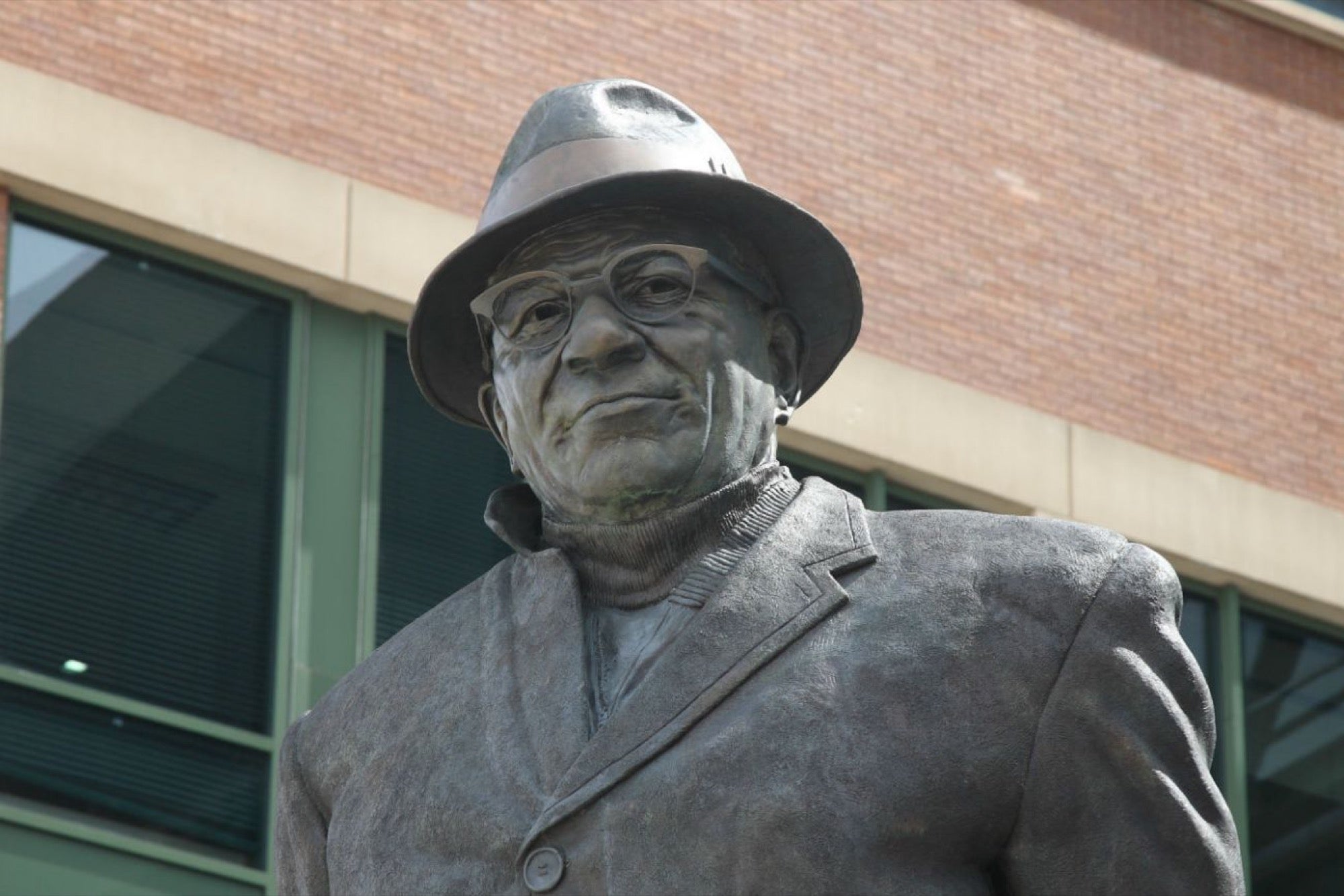 This legendary NFL coach developed a way of thinking on the court that has also served to motivate workers and vendors in some companies.

There is no doubt that with each edition of the Super Bowl the winning mentality of the NFL ( National Football League ) is evident. A mentality product of the philosophy that is taught to all those who at some point in life wore a helmet and shoulder pads to practice this sport.

Not for nothing is it the most competitive and richest league in the world. The figures that are handled each year around this championship game are always the highest; spectators, sponsors, stadium numbers, salaries, audience reach, products consumed during this meeting, etc.

These are just a few figures around this league and its championship game:

As you think of this sport, everyone involved wants to be the first. There is no room for second place here. And it is precisely this philosophy that has led this league to be what it is today, one of the largest businesses in the world.

Applying the winning philosophy of this sport will help many entrepreneurs to achieve success. So today I want to share with you the doctrine of Vince Lombardi, the most legendary coach in the NFL, whose mentality made a significant impact on football.

So great was the influence of his winning mentality on this sport that today the trophy that is awarded to the Super Bowl winner is called the Vince Lombardi Trophy .

His philosophy had an impact from the first moment he took command of the two teams he led in that league (Green Bay Packers and Washington Redskins) and then all of American football in general.

When Lombardi joined the Packers the team had 12 consecutive losing seasons. His philosophy immediately managed to break the losing streak to lead him to be the most winning team of the 60's of the last century, with five championships (including the first two editions of the Super Bowl). With Washington, Vince Lombardi managed to break the mentality that he had for the team with 14 seasons with a losing mark.

His winning philosophy was also used to motivate workers and vendors in some companies, and even today, his thinking remains the basis for motivational speeches on and off the football field.

I am sure that applying his philosophy in your entrepreneurial project will lead you to achieve success and conquer your dreams.

The first winning habit that Lombardi taught his pupils was punctuality. All the players knew that the normal schedule and the “Lombardi time” existed, that is, 15 minutes before the appointed time. Any player who did not arrive at the “Lombardi hour” simply did not train.

When you start a business you must infect your collaborators with this habit to move faster towards your goals and the best way to do it is by example. Remember that punctuality is highly appreciated by many entrepreneurs, especially abroad.

An entrepreneur will always be under a greater physical requirement than any employee, since he will be the only one without entry or exit times. Give yourself time to exercise, that will help you endure the long hours of work and stress involved in starting a business. Even if you are not a sports fan, I recommend that you walk at least half an hour every day.

Lombardi was always sure that when they lost a game, the only thing they had lacked was time and not capacity. “With a little more time, the game would undoubtedly have been ours”, he assured every time he lost.

Confronting and overcoming adverse situations with resolution is essential to not abandon our objectives when we undertake. Learn to overcome adversity and you will constantly face them during the start of your entrepreneurial project.

Mental steadfastness is a state of mind that Lombardi called “character in action”, which is why he assured that success in any activity is 75 percent mental. I thought that even though all the teams in the league were at the same level in physical and athletic abilities, the team that came with the best mental preparation on game day would always win.

As an entrepreneur you will have to mentally prepare yourself to face the competition and always be ready to beat stronger brands than you. To achieve this you will have to promote a firm mentality among all your collaborators.

Making the maximum effort was another of the teachings of this historic coach, since for him there was no other way to win a match. He considered that, if a game has approximately 160 plays and only 3 or 4 of them have to do with the result of the match, then it was necessary to make the maximum effort in each of the 160 plays, since nobody knows when those 3 will be presented or 4 final plays.

In entrepreneurial terms, we must put all the effort into each step we take to consolidate our brand or entrepreneurial project, since we do not know what the step that will catapult us to success will be.

Lombardi asked his players for a full report of their opponents man-for-man after each game. His objective was to meet the worst and the best player of all the teams to analyze the rival and prepare for a future encounter with him.

As an entrepreneur you must think similarly and know everything there is to know about the competition: who are they? That produce? How do they sell it ?, etc. Spend time on this activity to determine which fields of opportunity are being missed by your committers.

Vince Lombardi was looking for the delivery of all his players. “When a man commits himself to a way of life, he carries with him the greatest strength in the world: surrender. Once a man has made this commitment, nothing stops him until he reaches success. ”

The same applies in an entrepreneurial project. Make a real commitment to your project, if you succeed, I am sure you will advance by leaps and bounds.

As you can see, it is a thought that never contemplates taking a step back. A philosophy that not only applies to this sport but to any aspect of life, including entrepreneurship.

When you start, there is always the possibility of failure, therefore, it is best to stick to a philosophy that encourages you not to give up on this path that, although full of satisfactions, is also full of emotional and mental challenges.

Thinking about winning is one of the first things you should always keep in mind, as expressed by Vince Lombardi in what is considered his maximum phrase: “winning is not everything … it is the only thing”. Much success.

The chain announced that new stores will also be opening from November 2020. 2 min read The Superama will go away and now they will be “Walmart Express”. This story originally appeared at high level Walmart de México y Centroamérica announced that the “Superama” supermarkets will disappear to make way for “Walmart Express”, a new…

Focus on creating a routine that will awaken your brain and body. This article has been translated from our English edition. The opinions of the employees of You are personal. Basic tips to get used to exercising this 2021 Many people want to adopt a habit that will last. Wanting to do this and…

More validity for cryptocurrencies? Google Yes Manzana they allied with Coin base And now the users of both companies can add the cryptocurrency exchange cards to their wallets. This is done by adding the Coinbase card to any of the payment services offered by technology companies, which means you can now get goods and services…

Original note published in Cine Premiere If you read these lines, you will see the end of a story that has gained popularity and recognition worldwide over the past decade. Today with the release of episode 139 of the manga attack on Titan ((Shingeki no Kyojin) Eleven years and 34 volumes with surprising twists and…

The company promises to become one of the top bets on the region’s economic recovery. In order to achieve this, however, it is imperative not only to adapt the regulations to the new needs of entrepreneurs, but also to provide them with tools that enable them to scale their business ideas. Accelerators, entrepreneurship organizations and…