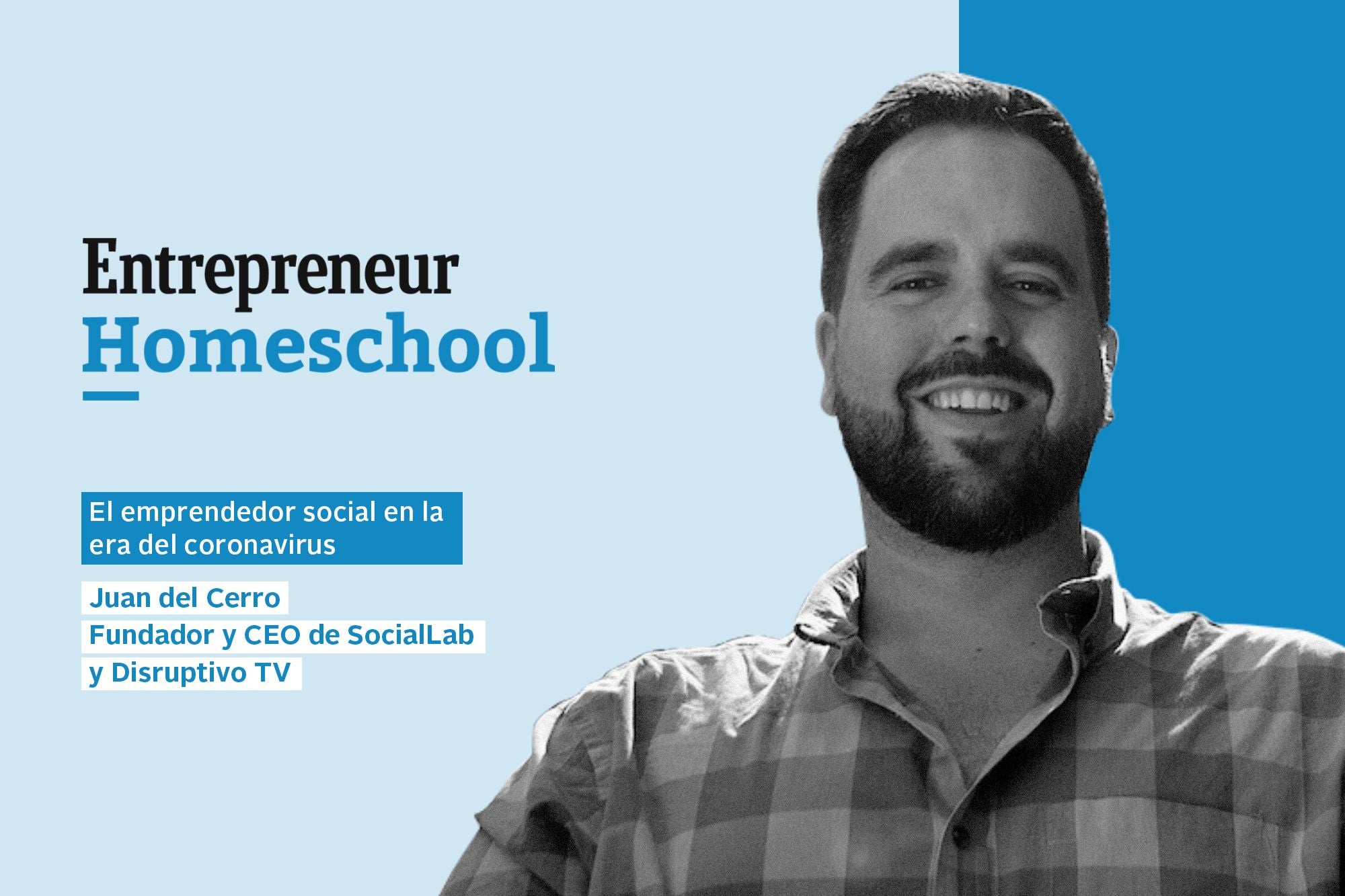 Time to create a better world, break paradigms, and use impact investing to tackle the coronavirus crisis

Under the premise that the world is not going to change by itself, but with the work of each one of us and especially of the entrepreneurs, the second live class “The social entrepreneur in the era of the coronavirus era” began, organized by e IEBS through the HomeSchool initiative .

The session was given by Juan del Cerro, founder and CEO of Social Lab and Disruptivo TV, who considered that although social entrepreneurship is not “the solution” to the crisis, it is a great tool to face very specific problems, such as unleashed because of COVID-19.

Del Cerro commented that in the world four out of 10 people live in poverty and 70% of the population of Latin America is vulnerable to climate change, in addition to suffering other problems such as poverty, gender inequality or family violence, problems that are exacerbated with the coronavirus crisis.

“Each country has the potential to be a better place,” he insisted. And for that, social entrepreneurship can be an answer so that “from the creation of businesses we make a better world.”

Where to start building a better world? Del Cerro commented that there are multiple ways: making donations, being volunteers, creating public policies, among others. If you opt for entrepreneurship, the first step is to break paradigms.

The key is to combine innovation, finance and hard work that are key to business management, but integrate best practices to have a positive social impact.

“For me the definition of a social entrepreneurship is: they are for-profit businesses that seek to generate profits, but with the greatest positive impact to change people's lives,” said the speaker.

“The concept of a company that changes people's lives is the path that we must follow as entrepreneurs in times of crisis like this … Even if the government worked perfectly it could not cope to solve the problems that exist, so from private initiative and as entrepreneurs we have to get our batteries up to solve social problems ”, Del Cerro insisted.

For example, he mentioned Iluméxico, a company with impact, which provides electricity to some of the more than 2 million Mexicans who do not have access to the electricity grid. This company focuses on rural communities, to which it sells solar panels.

He also mentioned Laboratorio, a Peruvian initiative, which identified that in Latin America there are 12 million women who do not have access to formal employment. This startup continually trains women to adapt to the digital age. In this way, there is a double impact: in the lives of women and in filling a market need.

Now that you know what the path is, decide to take the first steps and bet on social entrepreneurship to change the world and face the pandemic by COVID-19.

Don't miss the Homeschool webinars. Monday through Friday at 1:00 pm. Subscribe at no cost at https://bit.ly/2JT8o1K

Because, from time to time, we all need a “little help” to get inspired by the work. We must face it: however creative we are, ideas do not always flow as we would like. In fact, this is perfectly normal; Sometimes we have extraordinary visions that lead to incredible projects, and sometimes, we feel that…

While there is no one recipe for success for your children, this data confirms that there are certain factors that can be very helpful. The opinions of the employees of You are personal. The 7 things parents do who want successful children Anyone who has kids, or wants to have kids, wants them to…

This is an alternative to the lack of professional, business, and personal growth opportunities. Register. The incubation begins on October 5th and the transformation workshops on October 6th. 2 min read The second generation of scholarships between , iLab and Citibanamex opens. More than 12 million people have lost their jobs, most of them young,…

Through education and the creation of sales funnels, the Digital Revolution startup founded by Dan Goldsmit has managed to help more than 100,000 Spanish-speaking companies. February 17, 2020 7 min read The opinions expressed by employees are personal. Digital Revolution the startup that is helping thousands of entrepreneurs to create businesses online From an…