Uruguay is heading towards a historic change in the second round of the presidential elections held this Sunday, since Luis Lacalle Pou starts as a clear favorite thanks to the alliance that has managed to weave in the center-right, after fifteen years of government of the left-wing coalition Frente Amplio (FA).

Some 2.7 million Uruguayans are called to the polls this November 24 to decide who they place in the Government: Luis Lacalle Pou and Beatriz Argimón, who compete for the Presidency and Vice Presidency, respectively, on behalf of the conservative National Party ( PN), or Daniel Martínez and Graciela Villar, from the Frente Amplio.

The Uruguayans already pronounced in the first round of October 27, in which they gave the victory to Martinez (39 percent), but not with enough slack to proclaim himself elected president, so this Sunday he will have to face Lacalle Pou , the second most voted (28 percent).

All polls on voting intention predict an electoral overturn. Lacalle Pou would win with between 49 and 51 percent, while Martinez would be relegated with around 44 percent.

The victory of the 'national' candidate would be based mainly on the scratched votes of the candidates that were discarded on October 27, since – according to the latest Radar poll – 98 percent of the FA voters and the 96 percent of those in the National Party will repeat.

Aware of this, both Martínez and Lacalle Pou extended their hands to the other parties on the same electoral night, although they have only fructified the negotiating efforts of the conservative politician, who have crystallized in a “multicolored coalition” composed of the National, Colorado, Independent and People, as well as by Open Cabildo.

However, electoral support for Lacalle Pou has not been free. We will not give you a “blank check”, warned the chief 'colorado', Ernesto Talvi, even before the first round. Therefore, the five parties have signed a programmatic agreement – Commitment to the Country – that has forced them to adjust their initial proposal. “Life is giving in,” either “in the couple or in a group of friends,” he assumed.

If Radar's forecasts were confirmed, this center-right alliance would catapult the Presidency of Uruguay, given that, of the 49 percent granted to Lacalle Pou, 27 percentage points would come from native voters, that is, from the National Party, and more than 20 of other formations – some nine of 'colorados', as many as Open Cabildo, two of other parties and half a point of the FA -.

THE END OF AN ERA

Thus, Martínez carries on his shoulders the responsibility of giving another five years of Government to the FA, after the ten years of Tabaré Vázquez, who ruled in a first period between 2005 and 2010, when he handed the rod of command to José Mujica, who presided over the country until 2015 to return the position to Vázquez, whose second term will end on March 1.

In these fifteen years, the Frente Amplio has suffered great wear and tear, due to the economic stagnation and the increase in citizen insecurity, which has resulted in the loss of support in traditional sectors of the Uruguayan left. That is reflected in the popularity of Vázquez, who in 2010 gave the witness to Mujica with 62 percent popularity and now says goodbye with 28 percent. 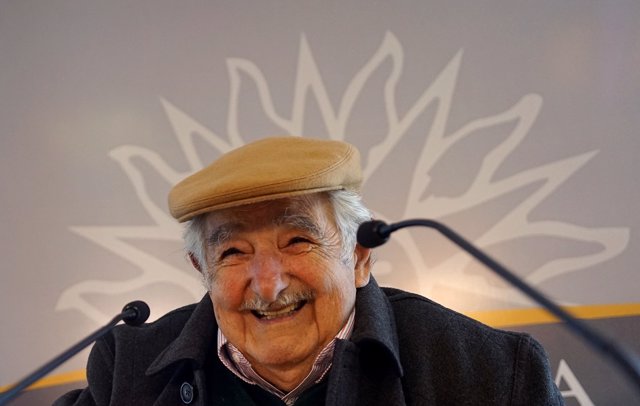 This industrial engineer of 62 years began his militancy in the Socialist Party with 16 years and was 'in crescendo' until he became one of the founders of the ANCAP union in the last military dictatorship (1973-1985). With the return of democracy he abandoned the political struggle and took refuge in the private sector until Vázquez recovered him to the Ministry of Energy, from where he made the leap to the Senate and the Mayor's Office of Montevídeo.

It is precisely this last position, that of the mayor of the Uruguayan capital, that has given him enough prestige to beat the other candidates in the primaries that were held nationally in all political parties last June, despite that he is not in charge of any of the great families of the FA, unlike Vázquez and Mujica.

“He can't stop being an engineer,” former guerrilla tupamaro said about Martinez in a recent interview with BBC Mundo. “His specialty is not the dialectic, but the management and concrete commitment to the problems, that is very valuable,” he added.

'El Pelado', as he is popularly known for his baldness, will try to assert that moderate profile within the leftist coalition to capture votes from the center and even from the center-right.

Lacalle Pou is the youngest presidential candidate, 46, but also one of the best known. It comes from a political saga that began with his great-grandfather, the historic leader Luis Alberto de Herrera, who brought the National Party to power, and continued with his father, former President Luis Alberto Lacalle (1990-1995), and his mother, former senator Julia Pou.

He already tried to conquer the Presidency of Uruguay in 2015, something that Vázquez deprived him of. Lacalle Pou confessed that it “killed” him. He spent months “shocked” until he resumed the leadership of the PN since Congress, where he has developed his political career, first as a deputy and then as a senator. His promise of change against the FA is his main asset.

The entrance of Lacalle Pou in the Executive Tower would mean a historical change, not only because of the ideological turn after such a long time, but because it would break with the traditional tripartism of Uruguay, where until now power was distributed among the National (right) parties, Colorado (center) and the Broad Front (left).

In addition, it would imply opening the government's door to the extreme right, embodied by General Guido Manini Ríos, nicknamed the 'Uruguayan Bolsonaro' for his similarities with the Brazilian president, who won fourth place in the elections of October 27 with an 11 percent of the votes, a result not negligible considering that they were the first elections for him and for the Open Cabildo 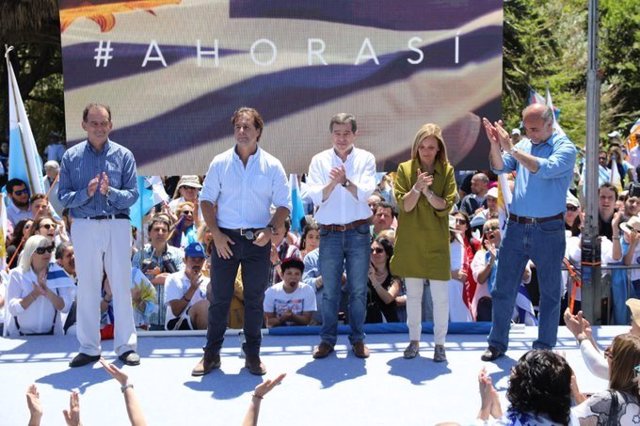 Manini Ríos, 60, created Cabildo Open in March, a month after he was dismissed as commander in chief of the Army for criticizing sentences against the military for the crimes committed during the civic-military dictatorship (1973-1985). They are convicted on the basis of “inadmissible conjectures or convictions, without reliable, forged or invented evidence,” he said.

The influence of the Open Council will be seen in the Congress, reconfigured on October 27. In the Chamber of Deputies, the FA remains as the first force with 45 seats, one more than the National (31) and Colorado (13) parties, so the key of the majority will be Manini Ríos and his (6). In the Senate, 'nationals' (10) and 'colorados' (4) alone surpass the FA (13), so that they would not depend on the extreme right (3).

With all this, Uruguay would enter the path already explored by other Latin American countries where a new face or directly an 'outsider' has been sought to break the 'status quo' in the context of a great disaffection by economic turbulence and political corruption.

The analyst Arturo Porzecanski, of the 'think tank' AS / COA, believes that “the Uruguayan will not be exactly a wild race”, unlike some regional neighbors. However, Martinez has warned that, if Lacalle Pou evicts the government FA raised by the extreme right, there will be a “wild adjustment.”