During their almost five decades of permanence, the British have been left out of many aspects of the EU, including the euro

The relationship between the United Kingdom and its European Union partners on the other side of the English Channel has been marked by ups and downs, when not differences, and has been a reflection of its history, during which it has faced bloody wars. with whom they are now their allies, and to some extent the yearning for their imperial past.

Accustomed as he was to look towards the sea and not towards Europe when the dominions of the British Empire extended over the five continents, the outbreak of the First World War, but especially of the Second, brought the United Kingdom closer to its southern neighbors.

After the contest, when the idea of ​​bringing European nations closer together, even Winston Churchill himself spoke of some “United States of Europe” in a speech delivered at the University of Zurich in September 1946. “If Europe were once united in sharing their common heritage there would be no limit to the happiness, prosperity and glory that its 300 or 400 million inhabitants would enjoy, “he said. 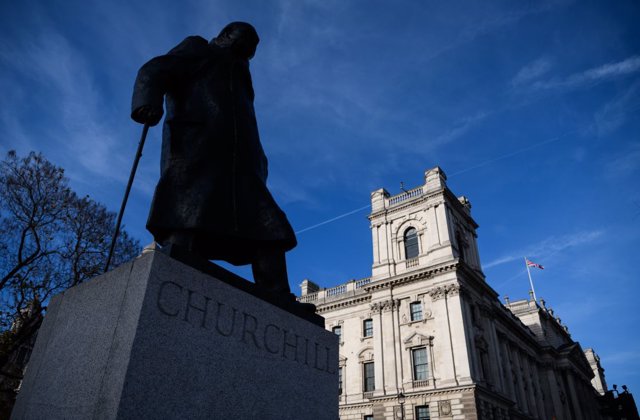 Memorial statue of Winston Churchill in the “Parliament Square”, located in front of the northwest wing of the Palace of Westminster – GETTY

Despite this, when the European Coal and Steel Community (ECSC) was launched in 1951, from which the European Union would emerge over the years, the United Kingdom did not join the six founding countries – Germany, France, the Netherlands, Belgium, Luxembourg and Italy–.

“I never understood why the British did not join. I came to the conclusion that it must have been because it was the price of victory, the illusion that one can keep what one has, without changes,” one of the parents commented on it EU founders, Jean Monnet.

DOUBLE VETO FROM FRANCE TO THE ENTRANCE

In 1958 the European Economic Community (EEC) comes to light and in 1961 a United Kingdom with its empire in decline before the independence of a good part of its colonies and with the United States more concerned about its affairs, requests entry. But he would run into the veto of the then French president, Charles de Gaulle. 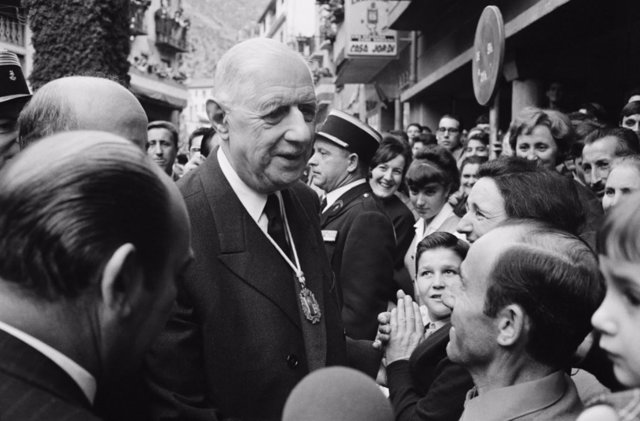 The first attempt of the conservative Harold McMillan was followed in 1967 by Labor Harold Wilson, with the same result: the veto of France. Finally, with De Gaulle already outside the Elysium in France, the United Kingdom entered the EEC in 1973 along with Denmark and Ireland. In 1975, after the arrival of Labor in power, the British were called to a referendum to rule on whether they wanted to continue in the new club, which resulted in a blunt 67 percent in favor.

However, discordant and critical voices towards Brussels would soon begin to sound, particularly from the far right wing of the Conservative Party and from the more left wing of the Labor Party. In this case, its maximum exponent, Michael Foot, raised in his electoral manifesto in 1983 the exit of the EEC.

In 1978, when it was decided to create the European Monetary System (SME), the United Kingdom decided to stay out again, but it is the year 1984 that undoubtedly marked a milestone in the relationship between the country and the rest of its partners.

The then Prime Minister, Margaret Thatcher, manages to negotiate what will be called community jargon as the 'British check' and that was nothing but compensation for the country's contributions to the community budget and the few funds for its agriculture he received.

Just four years later, Thatcher would deliver the speech that is considered the germ of Euroscepticism. From the Belgian city of Bruges, the 'Iron Lady', as it was popularly known, expressed her rejection of “a European superstate exercising a new domain from Brussels.” 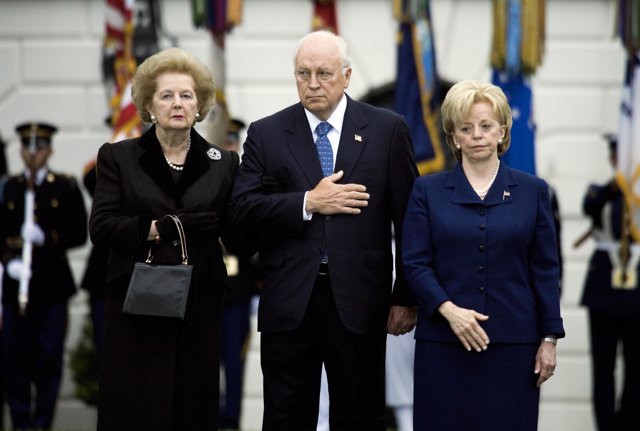 Former Prime Minister of the United Kingdom until 1990, Margaret Thatcher, along with former US Vice President Dick Cheney and his wife, Lynne Cheney, in an act for the attacks of 11S – GETTY

However, despite Thatcher's wishes – which at that time did not enjoy the support of all the members of his government -, integration continued and with the signing of the Maastricht Treaty in 1992 the European Union was officially born. Again, London negotiates an exception and stays out of the Economic and Monetary Union, keeping the pound as its official currency, as well as the social chapter.

The same happened in 1995 when the Schengen agreement was approved, which abolished land borders between member states, but from which both the United Kingdom and Ireland were left out this time. In 1996 the crisis of the 'mad cows' broke out and Brussels prohibited the sale of meat to the country for three years, something that left its mark on the British.

BLAIR AND THE APPROACH TO EUROPE

The arrival of Labor Tony Blair in Downing Street in 1997 meant an improvement in relations with Europe, adding to the social chapter and even weighing the entry into the euro, although the option was finally ruled out. 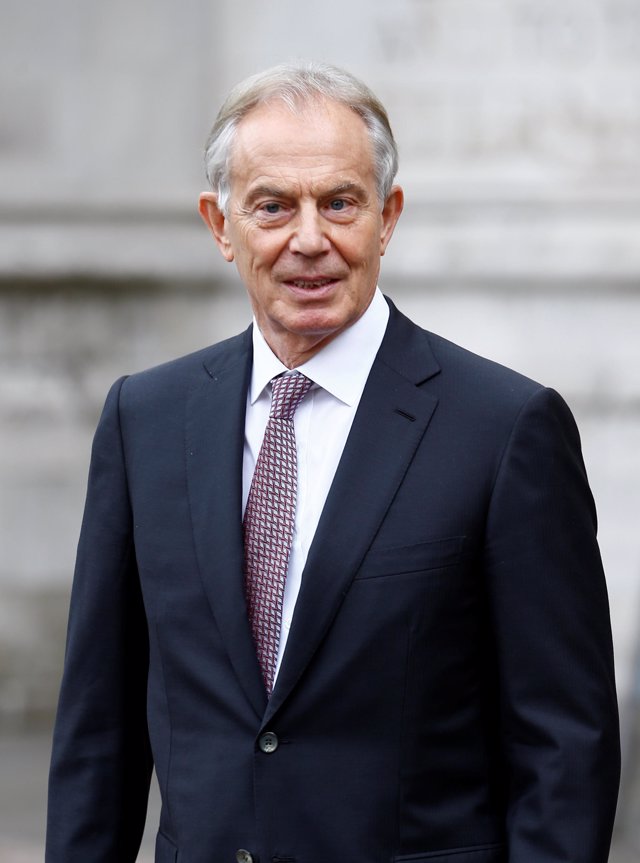 In 2004 the great enlargement took place, with the entry of ten new member states, mostly from Eastern Europe. The arrival of migrants from these countries in the following years would generate a rejection ground in a sector of the population, which despite their contribution to the British economy see them as competition, and would create the breeding ground for what would happen a decade after.

With the entry into force of the Treaty of Lisbon in 2009, the United Kingdom once again achieves an exemption, this time the Charter of Fundamental Rights, in addition to greater flexibility at the moment of deciding to join or stay out of matters of interior and justice. This generates criticism of the United Kingdom, since it is considered that the country is looking for a “Europe on demand”.

In 2010 David Cameron becomes prime minister at the head of the first coalition government since the postwar period between conservatives and liberal democrats. The new 'premier' prints a clear turn to its European policy, taking out the 'tories' of the European People's Party (PEE) to form a new group in the Eurochamber with other Eurosceptic and anti-federalist parties.

In addition, it decides to stop participating in the meetings of the Eurogroup – to which its predecessor, Gordon Brown had been invited – and in 2011 the British Parliament passed a law that provides for the holding of a referendum in the future in case of a Significant transfer of power to the EU by the United Kingdom. 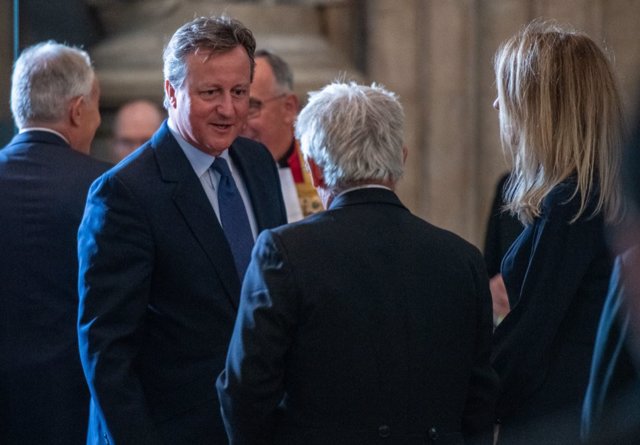 With the EU plunged into a deep economic crisis, Cameron blocks a proposal for a new tax regulation treaty at the December 2011 summit due to the impossibility of obtaining the support of France and Germany to safeguard the 'City' of London. The prime minister left the United Kingdom isolated in fear of a rebellion in the ranks of his party if he gave up.

And at this juncture, on January 23, 2013, in a speech delivered at Bloomberg, Cameron raises the possibility of a referendum on the membership of the United Kingdom to the EU in the face of growing doubts that he said this raised among the population.

“I am in favor of a referendum. I think we have to deal with this issue, model it, lead the debate. Do not simply expect that a difficult situation will disappear,” he said, although it made it clear that then voting between “the 'status quo' and the exit would be a completely false choice. ” Instead, he opted to negotiate a new agreement with the EU.

In 2015, Cameron gets reelected and in February 2016 he manages to tear out from the European leaders what the prime minister defines as a “new status” of the United Kingdom in the EU. Encouraged by this, and eager to close criticism of the most Eurosceptic wing of his party, he announces the convening of a referendum on June 23 of that year. The rest is history.

The hand-written Instrument of Consent was drafted by the Crown Office and illuminated on vellum – used exclusively for important state documents – by a scrivener artist. It reads: “NOW KNOW YE that We have consented and do by these Presents signify Our Consent to the contracting of Matrimony between Our Most Dearly Beloved Grandson…

Related News about Brazil Ends U.S.s Dramatic Run in Volleyball Sort by: Relevance : Date Despite falling to Brazil in the womens volleyball final, the Americans still made history, winning their first Olympic medal in 24 years. (New York Times — 24 August, 2008) + related stories The U.S. may face China in the medal…

The UK government confirmed around 4,000 cases of coronavirus this Wednesday. This corresponds to another increase in the numbers compared to the previous day, with which the country has approached the threshold of 380,000 infections since the beginning of the pandemic. Authorities reported on their latest tally that there were 3,991 cases and 20 deaths…

Joaquan Flores was born a few minutes to midnight at the end of 2017, but his sister Aitana was born 16 minutes into 2018.

The Cambodian authorities have imposed a lockdown in the capital, Phnom Penh, and the neighboring district of Tajmao, which begins this Thursday and will last at least two weeks. The stated goal is therefore to limit movements in Phnom Penh and Tajmao, which are considered a single area, to prevent the disease from spreading to…