After eight months with no definitive guide, Tick ​​tock finally named a new one Permanent managing director. Is about Shou Zi Chewwho only took up the position of Chief Financial Officer (CFO) of last March ByteDance, Company that owns Tick ​​tock.

According to your profile LinkedInChew was CFO, Director and Partner of Xiaomi, a Chinese company that has positioned itself in the market technology Thanks to your smartphones and other devices.

The new TikTok CEO will maintain his responsibility as CFO of ByteDance and work with Vanessa Pappas, who was appointed Interim CEO following the resignation of Kevin Mayer and will now serve as TikTok’s Chief Operating Officer (COO).

“Shou and Vanessa’s management team creates the conditions for sustainable growth.”Yiming Zhang, CEO of ByteDance, said in a statement. 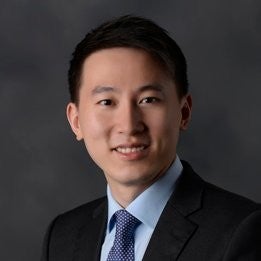 Shou Zi Chew spent more than 5 years at Xiaomi where he was a senior executive. His first job after graduating from the University of London was at the renowned investment firm Goldman Sachs. Image via LinkedIn.

“Shou brings a deep understanding of the company and the industry, having led a team that was among our earliest investors and who worked in the technology sector for a decade. It will add depth to the team and focus on areas that include corporate governance and long-term business initiatives. “added the company.

The company states that these are dates “A strategic reorganization to optimize TikTok’s global teams and support the company’s unprecedented growth.”.

Why did TikTok go eight months without a permanent CEO?

In 2020 the short video app went into a strong one Dispute with the United Stateswhere it has more than 100 million users. The government, headed by Donald Trump at the time, threatened to veto it because it allegedly posed a national security risk. One of the conditions for continuing to do business in its territory was that part of it was sold to a company in that country.

To calm the waters, TikTok named the American CEO in May 2020 Kevin Mayerwho was a top manager at Disney. However, Meyer resigned just three months later because of the major change in the “political environment,” he argued.

The company then gave Pappas the role of interim CEO, who served as general manager for TikTok’s operations in the United States.

TikTok struggled for months to avoid a forced sale. Fortunately, the change in management helped them get out of the spotlight. Last February, President Joe Biden’s administration asked a federal court to end litigation over the US TikTok ban while a review of the case was conducted.

Are you deconcentrated and not very productive? These simple tips will help you regain focus and energy in 15 minutes. Increase your business, Not your inbox Stay up to date and subscribe to our daily newsletter now! The opinions of the employees of s You are personal. 5 tips to refresh your mind Have you…

An investigation by King’s College London found these results. Read for 2 min Immunity to COVID-19 lasts only 3 months: study A study by researchers at the King’s College from London analyzed the immune response of 65 patients and healthcare workers against COVID-19. The results showed that of the 60% of recovered people who developed…

People may not know how to pronounce your name, but at least they know now that you have great style! In a rare appearance on social media, the son of Grimes and Elon Musk can be seen. X Æ A-Xii (God knows how to pronounce it), frolic on family vacation. Related: Elon Musk and Grimes…

Employees have to delegate their work and forget about time-consuming tasks. This is a business opportunity for you. From Laura Vela As? The delegation is good and part of the productivity and leadership. However, sometimes we sin because we don’t trust the abilities of others, we don’t want to spend, or maybe we think it…