Smoke from the crashed tanker plane, in which three American firefighters were traveling – GETTY

The Service of Rural Firemen of New South Wales, has informed that three people of American nationality have died when crashing the tanker plane in which they traveled while they worked in the work of extinguishing a forest fire in the town of Snowy Monaro, in The south of the state.

“Tragically it seems that there are no survivors as a result of the accident in the Snowy Monaro area,” said the commissioner of the Rural Fire Service of New South Wales, Shane Fitzsimmons.

Fitzsimmons explained that the tanker, which performed “routine activities” of water discharge, suffered “a strong impact against the ground” and according to preliminary reports, “a large ball of fire” occurred after the impact, such and as reported by the Australian public chain ABC. 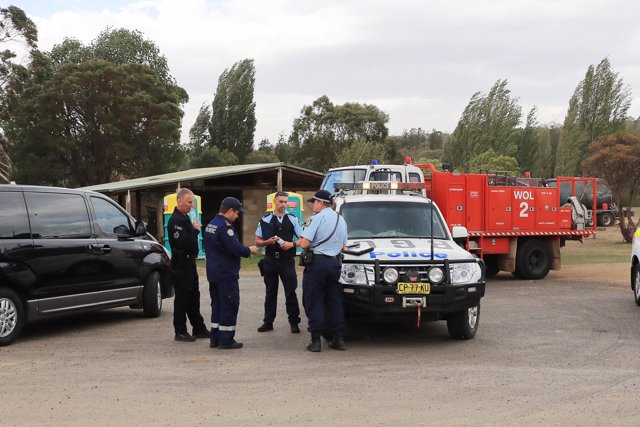 “Our hearts are with all those who are suffering with the loss of these three noble and respected crew, who have invested decades of their lives in the fight against fires,” Fitzsimmons recalled after showing his condolences to the relatives and friends of the victims

Fitzsimmons has said in turn that the causes that caused the fatal accident of the tanker plane, which was acquired through the American company Coulson Aviation, are not yet known.

CANBERRA CANCELES THE ACTIVITY OF ITS AIRPORT

On the other hand, Australian authorities have reported on Thursday that all flights at the Canberra International Airport have been canceled due to the fires that have occurred near the facilities, in which there have been no evacuations so far.

The fire began on Wednesday near the airport, but quickly worsened due to the landscape and geography of the place, almost desert, and high temperatures, which again exceeded 40 degrees Celsius.

On the other hand, the authorities of the country have asked residents of the suburbs outside the Australian capital to leave their homes and be safe, because as the Rural Fire Service of Canberra has pointed out, ” the fire represents a threat. ”

As for other cities, Sydney has reached 41 degrees Celsius on Thursday and, according to the Office of Meteorology, sand and dust storms that move from the interior can reach the coast in a matter of days.

Australia has gone through extreme weather conditions, with forecasts that sometimes exceeded 40 degrees Celsius and winds of up to 90 kilometers per hour in many rural areas.

This has hindered the extinction of fires that have already devoured almost 12 million hectares throughout the country and have caused the death of at least 32 people, as well as damages valued in millions of euros and the devastation of the country's biodiversity , even despite the heavy rainfall that fell during the last week throughout the country. 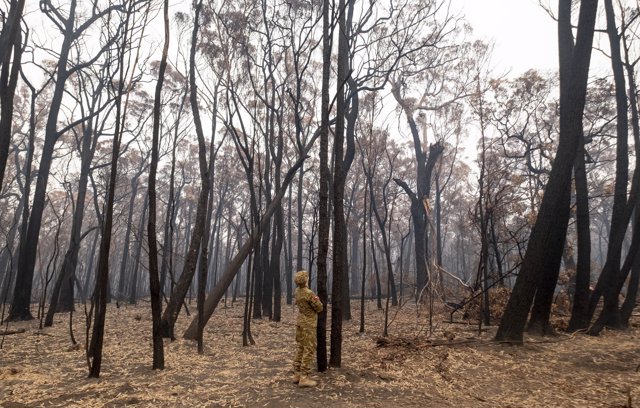 The fires have also destroyed almost 80 percent of the forested region known as Blue Mountains, a World Heritage listed area, located in New South Wales, the state most affected by fire.

The impact of forest fires on tourism in Australia could cause losses worth up to 3 billion euros in the sector by the end of 2020, according to a report by the Australian Tourism and Export Council.

Two days after the birth of his child, William attended Westminster Abbey for the traditional ANZAC Day service to honour New Zealand and Australia’s war dead. As William met Sir Jerry Mateparae, New Zealand High Commissioner to the UK, the Dean of Westminster joked about the eagerly anticipated name, saying: “Jerry would like it to…

Madagascar’s Minister of Health, Ahmed Ahmed, was fired this Thursday after warning of a surge in coronavirus cases in the African country and after multiple disagreements with the country’s president, Andry Rajoelina, who promote medicinal plants with unproven effectiveness to fight disease. On July 20, Ahmed sent a letter to the technical and financial partners…

Image copyrightGetty ImagesImage caption Teabags are to be sealed with corn starch Tea maker PG Tips is to switch to fully biodegradable, plant-based teabags, parent company Unilever has announced. Most manufacturers currently use polypropylene to seal teabags – they say it strengthens them and stops them disintegrating in a cup. Unilever said the move to…

“Some industries that are economically insignificant have enormous public resonance,” said Bronwen Maddox, director of the Institute for Government, an independent think tank in London. “And because of that, they have political influence that is way out of proportion.” It isn’t fishermen who are pushing for a kind of exemption from Brexit. It is a…

The Japanese authorities have ordered the rotation of two Chinese-flagged ships that are approaching an archipelago that has been historically controversial by both countries in the East China Sea, the Japanese Coast Guard service reported on Sunday. On the third day in a row, the two ships approached the Senkaku Islands before retreating under pressure…