Thousands of police have gone out on Wednesday to the streets of the French capital, Paris, to protest against poor working conditions and suicides in the collective.

“There was no specific trigger, what is more important is that today there is a deep malaise in the Police,” Patrice Ribeiro, of the Synergie Officiers union, told BFMTV.

Since the “yellow vests” protests began a year ago, French policemen have had to work several hours out of their schedule.

The protests have also provoked clashes between protesters and agents and the Police complains about “hatred against police officers”, while protesters condemn the use of tear gas and rubber bullets, which have caused serious injuries.

Representatives of a police union wore replicas of coffins numbered from 1 to 52 to represent the number of police officers who have committed suicide so far this year.

In addition, the Police also fears that some of their pension benefits may be withdrawn with a general pension reform planned by the Government of French President Emmanuel Macron. 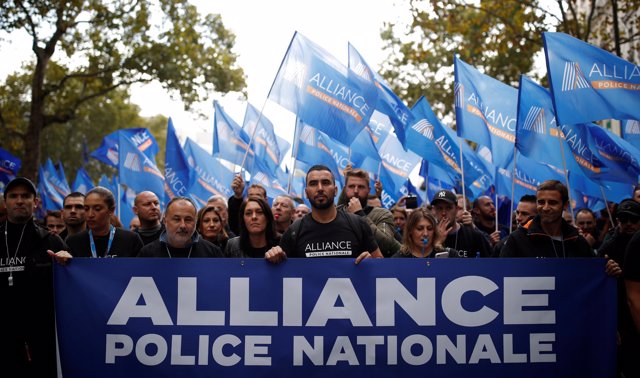 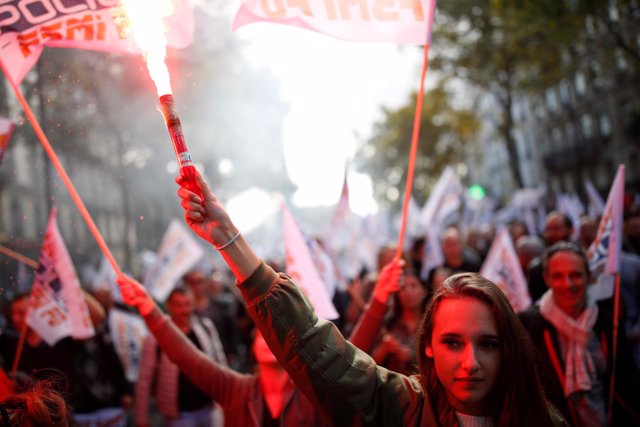 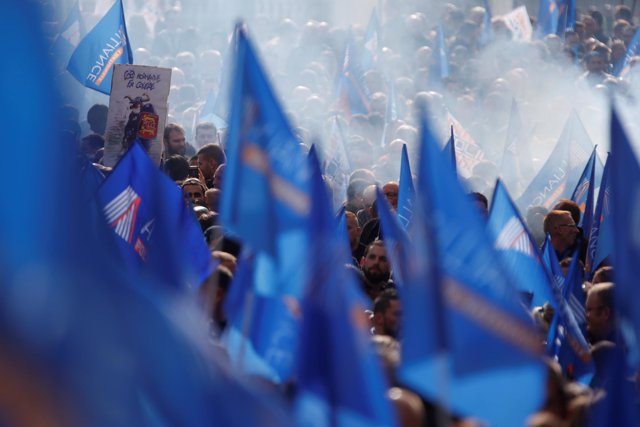 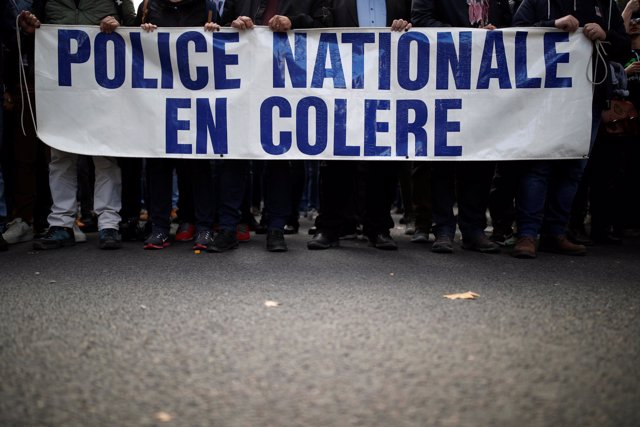 Image caption Val Blunden was first diagnosed with cancer in January 2015 A woman who lost her jaw to cancer has had it regrown from her own skin and bone. Val Blunden had the bottom of her mouth and chin destroyed by cancer more than two years ago. The 55-year-old was left unable to eat,…

Thailand’s pro-democracy protesters have turned their backs on the king, a taboo gesture in the country, as the royal entourage stopped by to seek the inauguration of a subway line in Bangkok.

The Inter-American Development Bank (IDB) has elected Mauricio Claver-Carone, who is related to US President Donald Trump, as the company’s new President by telematics and will replace Luis Alberto Moreno in office with immediate effect October 1. This is the first time in history that a non-Latin American president has ruled the institution. “The Board…

Image copyrightRichard Baugh Pig farming can be a messy business, but some say supermarkets are playing an even dirtier game. Richard Baugh’s family have been raising pigs for three generations at Woodside Farm in rural Nottinghamshire. But Mr Baugh says he’s been forced to change the name of his business after Tesco rebranded its own…

The ex-wife of former White House speechwriter David Sorensen — who resigned last week amid allegations that he abused his former spouse — is disputing President Donald Trump’s suggestion that his former staffer didn’t get due process. Jessica Corbett, who first came forward publicly with the allegations last week, told NBC’s “Today” in an exclusive…

The Agriculture Ministers of the European Union have reached an agreement on the rules of the Common Agricultural Policy (CAP), which will come into force in 2023, the main novelties of which are the implementation of a new management model based on this strategy, national plans and the introduction of so-called ecosystems.