Thousands of people have demonstrated again on Monday in the Ñuñoa and Italy squares in the capital city of Santiago de Chile to express their discontent against the current government of the president, Sebastián Piñera, in the framework of a series of protests unleashed after the increase in subway rates.

With whistles and casseroles, the inhabitants of the Metropolitan Region have come to demonstrate a day after the president said that the country “is at war”. So far there are eleven dead, according to the official balance.

Interior Minister Andres Chadwick has indicated that the leader's words “demonstrate authority and decision” in the face of this wave of protests that began in early October. However, according to social organizations, the protests respond to a deeper malaise and a widespread rejection of the health, housing and education system.

Although the Government has called on citizens to return to “normality” despite the state of exception, several social groups have called for a “national strike” as of Monday while the presence of military personnel in the streets continues.

Piñera, on the other hand, has asserted that “sometimes he has spoken hard”, but has defended that he does “because he is outraged to see the damage and pain that this violence causes”, as reported by the local newspaper 'La Tercera'. 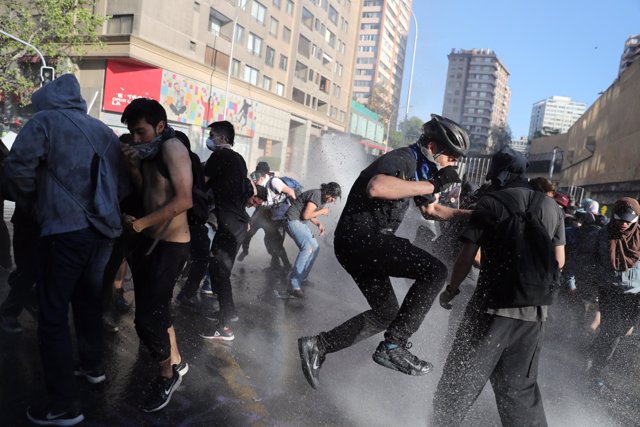 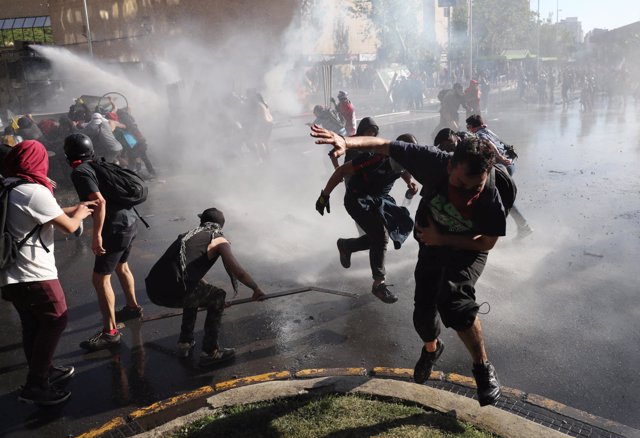 The Canadian government announced this Friday a plan to provide more than $ 50 million to support organizations that help and house victims of gender-based violence in the country. “Nobody should have to choose between violence at home or a pandemic on the street,” said Canadian Prime Minister Justin Trudeau on his Twitter account. The…

Allison Mack, who won multiple Teen Choice Awards for starring in the popular show, was arrested on Friday on charges of sex trafficking, sex trafficking conspiracy and forced labour conspiracy. The 35-year-old – who more recently performed a voice role in the Amazon animated series Lost in Oz – is accused of involvement with a…

Related News about Angelina Jolie against Pakistani plans to relocate refugee camps Sort by: Relevance : Date Actress Angelina Jolie a goodwill ambassador for the United Nations (UN) Refugee Agency says that Pakistani plans to relocate refugee camps from Pakistan to Afghanistan will not help the Afghans li (ABC News — 7 May, 2005) +…

Image copyrightReuters Fast-food chain KFC has returned to its old supplier after suffering chicken shortages that forced it to temporarily close hundreds of outlets. Last month, the chain experienced widespread distribution problems after it decided to switch its logistics contract from Bidvest to DHL. But now Bidvest has signed a new agreement with KFC UK…

The Brazilian Ministry of Health confirmed this Sunday that there are already 1,603,055 cases of COVID-19 after 26,051 cases were recorded on the last day, while the number of deaths has risen to 64,867 if taken into account 602 more. Health officials also reported that the number of people who managed to overcome the disease…