An Asian woman walks with a protective mask, while pharmacies register a high demand for these, by Chinese citizens after the coronavirus, in Madrid (Spain), on January 30. – Eduardo Parra – Europa Press

The Health Commission of China has reported on Friday that a total of 213 people have died in the country due to the outbreak of the new coronavirus, while the number of people affected amounts to 9,692, distributed in 31 Chinese provinces.

Specifically, 43 new deaths have been recorded, 42 in Hubei Province, where Wuhan City is located, epicenter of the coronavirus outbreak, and one in Heilongjiang Province.

On the other hand, 1,982 new cases have been diagnosed, according to the balance of the Chinese health authorities, which added that it is suspected that 4,812 people could be affected. The balance has also specified that there are records of 12 cases in Hong Kong, nine in Taiwan and seven in Macao. 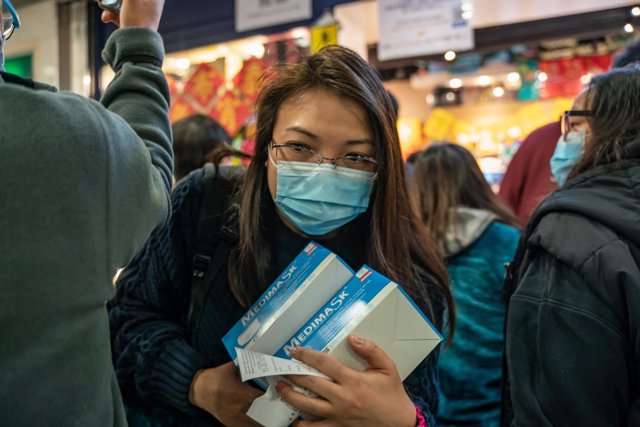 In addition, 157 people remain “seriously ill”, while 47 have been discharged this Thursday after having recovered. The total number of people who remain serious amounts to 1,527, the number of cases discharged to 171 and that of suspicious cases stands at 15,238.

Finally, a total of 113,579 people who have had direct contact with affected people have been recognized, according to the Chinese Health Commission, which has confirmed that 4,201 cases have been discarded and discharged, while 102,427 are still under observation medical

The World Health Organization (WHO) announced on Thursday its decision to declare the outbreak of a new coronavirus in China as an international health emergency.

The President of El Salvador, Nayib Bukele, promised this Tuesday that the Central American country would “follow up” until justice was done on the case of Victoria Salazar, the migrant who died of suffocation as a result of police intervention in Mexico . “ In a series of messages posted on his Twitter account, Bukele…

Belarusian President Alexander Lukashenko has assured that the Belarusian secret services intercepted a conversation between Berlin and Warsaw, which revealed that the accusations made by the Angela Merkel government about the poisoning of Alexei Navalni are in fact a “fake”. Lukashenko passed it on to Russian Prime Minister Mikhail Mishushin during a meeting between the…

Washington Edison Prado had tried to avoid extradition by claiming he was a member of the Revolutionary Armed Forces of Colombia (FARC) – a status that would have made him eligible for a type of amnesty under a peace deal. Prado was escorted by 50 commandos and agents of various police agencies as he was…

LONDON, Aug 27 (EUROPE PRESS) – The opposition parties in the United Kingdom have agreed on Tuesday to work together to prevent the Prime Minister, Boris Johnson, from ending by forcing a Brexit without agreement on October 31, for which they contemplate the approval of new laws. The Labor leader, Jeremy Corbyn, has chaired on…

Bitcoin payroll and invoicing platform Bitwage, with operations in the U.S and the U.K., has launched two new products: Inwage, an advisory firm that creates and deploys solutions for launching initial coin offerings (ICOs); and Ether Inputs, an invoicing platform that allows ICO companies to pay employees in their preferred currency. “The world of cryptocurrency…