With three transformations in its business model, the Monterrey chain Tamarindo has responded to market demands. Today it has 28 stores and an aggressive expansion plan throughout the country.

Giving added value to something sounds very abstract, but if we talk about turning a lumberyard into a furniture store and then a store that offers solutions for the home, everything starts to make sense. It was exactly what happened with what has become Tamarindo today.

It is a family business that 40 years ago started operations as a business that sold wood in Monterrey, Nuevo León. In 1985, the founder of what was then called Maderarte said: “you have to add value to the wood, why don't we start selling furniture?” Recalls Miguel Madrazo, director of Strategic Expansion of Tamarindo.

It was the first transformation of the business and they began to manufacture wooden furniture with a rustic design. This business model lasted from 1985 to 2000. 5% of what was produced went to the local market, marketing it through department stores such as Liverpool and Sears, and the remaining 95% went to the export market, in countries such as Australia. , New Zealand and England.

“At a certain point it was sold to wholesalers to large retailers such as Walmart and Target. We had 400 workers making rustic furniture, but the time came when they no longer liked or moved, that is, we had installed capacity, but not demand in the market ”, says Miguel, so at the beginning of the new millennium they agreed to bet on contemporary furniture and leave behind the traditional style. 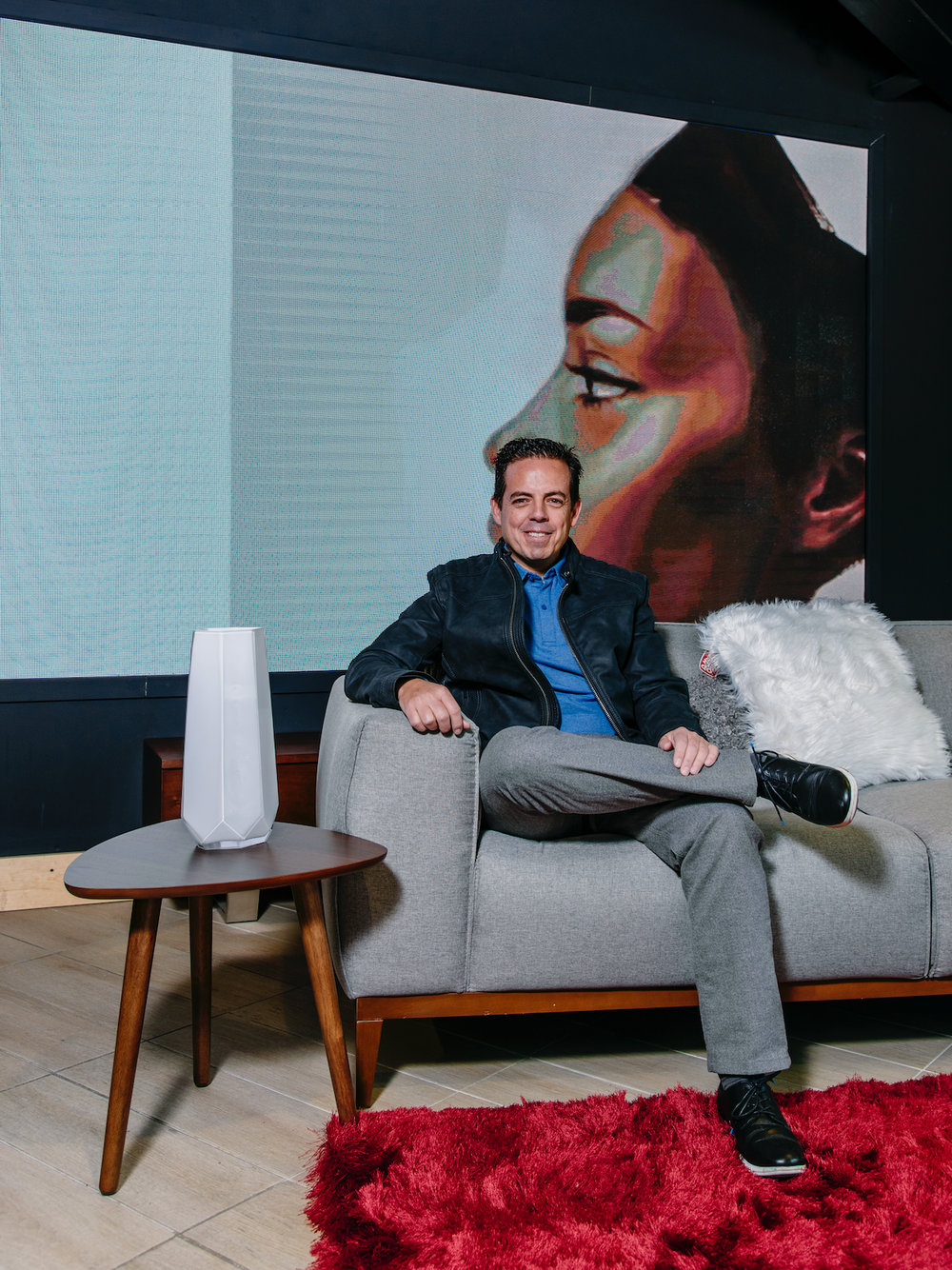 With the hundreds of experts in the production of rustic furniture, entrepreneurs thought it would be very easy to make the leap to contemporary furniture manufacturing. They did not count, however, that the rustic chip was deeply rooted among carpenters and that new products must have a perfect design and finish, contrary to the previous trend.

“We made several attempts to manufacture at home and we could not. There were 400 carpenters trying to impose their fashion. If we wanted to grow, we realized that it would not be due to manufacturing, ”Miguel recalls.

As part of the business culture, founders strive to stay on top of trends in their industry. It was in this way that they went out into the world to see who had the expertise and the technology to carry out the new bet.

Related: You don't need to use cash. This fintech helps retailers buy their merchandise

They found it in some Asian countries and, from being manufacturers, they became marketers. “Where there were machines we started to lift racks. Our factory became a warehouse following an import model, “recalls the manager.

Five years passed like this, but for this model to be profitable they needed volume and it was no longer enough to satisfy the large departmentals. “Then we got into the head of opening a store, a totally different business from what we did. We sold, we knew how to design and manufacture in other parts of the world and market to wholesalers, but we had never done retail, “acknowledges Miguel. 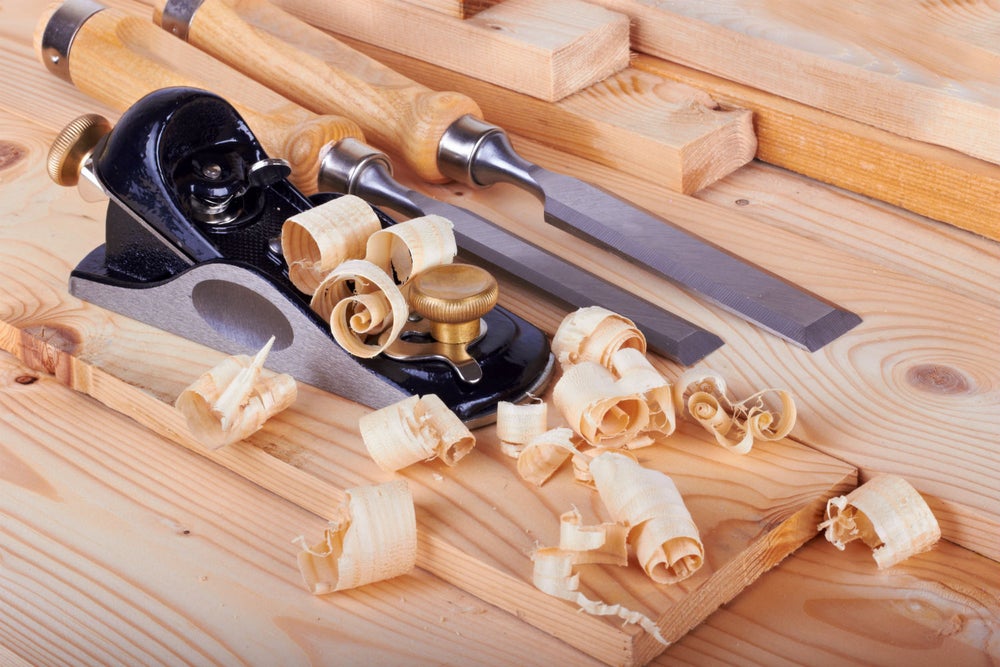 The company started as a lumberyard and later transformed into a home solutions store.

The Maderarte owners found a 450-square-meter store in San Jerónimo, in Monterrey, where they opened their first direct sales store in 2006. “There were few employees and we did a lot of things in the factory, but the response from the people was positive: they liked the design, the quality and the price,” he highlights.

It was a well-built store that offered customers design, quality, available inventory, music, a children's play area, and trained staff who greeted visitors with a smile: Tamarindo.

The name was defined with the help of a firm specialized in brand development. “We started with traditional names, but the specialists told us that if it was about breaking paradigms, we had to find a different name. Tamarindo represents something that we have been building. If Apple was disruptive, why not Tamarindo. ”

Being located just two hours from the border with the United States, the competition was Laredo; However, after six months they opened their second branch in Monterrey: Cumbres, then Country, and they continued like this every six months, reaching five units after two and a half years. The smallest store was 2,000 square meters.

With five stores operating, they had enough volume to send to manufacture anywhere in the world. However, in 2009, the year of the economic crisis in Mexico, they decided to stop along the way to define the direction of the business. It was when they developed their franchise model with the help of the consulting firm Gallástegui Armella Franquicias .

After six months they already had the manuals to operate a chain, but finally they decided not to franchise. “There are certain things in a furniture store that are difficult to control, and if you don't do it right they will impact your brand. Furniture damage generally occurs in the last mile. There are scratches, bumps, etc. Then you should have those repair shops where you repair minor damages. Above all, you must offer added value that the franchisee can hardly afford, ”says Miguel.

Therefore, they decided to carry out the expansion themselves, using their own financial resources and the manuals that they had previously developed. The first store outside of Spanish territory was opened in 2010 in León, Guanajuato, where Miguel is originally from.

We wanted to remove the word furniture from above and become a solution store.

The store was 2,300 square meters and, in addition to furniture, they faced the need to buy accessories to dress each of the store areas. So they decided to sell them too. “In our stores you can find dishes, glasses, accessories, sofas, chairs, rocking chairs, etc. We wanted to remove the word furniture from above and become a home solutions store, ”says Miguel.

After León, Aguascalientes, Querétaro and Guadalajara opened, where, despite being the mecca of the Mexican furniture industry, the concept was well received. It was 2012 and by that time they had put aside the model that depended on import in its entirety. 50% of the production was carried out in countries such as China, Vietnam, Malaysia and India, and the remaining 50% was already produced with the help of local suppliers.

In 2017 they ventured to try their luck in Mexico City. It was in the Toreo area, north of the capital, right in the furniture corridor where they decided to install a unit. “That store is the one that cost us the most to open, and in parallel we started operating a distribution center. The start was spectacular and we understood that the dynamics of purchase was superdifferent than in the province ”, Miguel acknowledges.

For example, he explains that while in the province a purchase decision is made up to three or four visits, in which almost the whole family attends the store, in the capital of the country this experience occurs in one hour.

The interviewee reiterates that the company is constantly reengineering. There is a specialized team scouting around the world to analyze design trends and propose products that enter the sales floor. Again, in Tamarindo there are 400 collaborators. The company has the Social Responsibility and Great Place to Work badge. 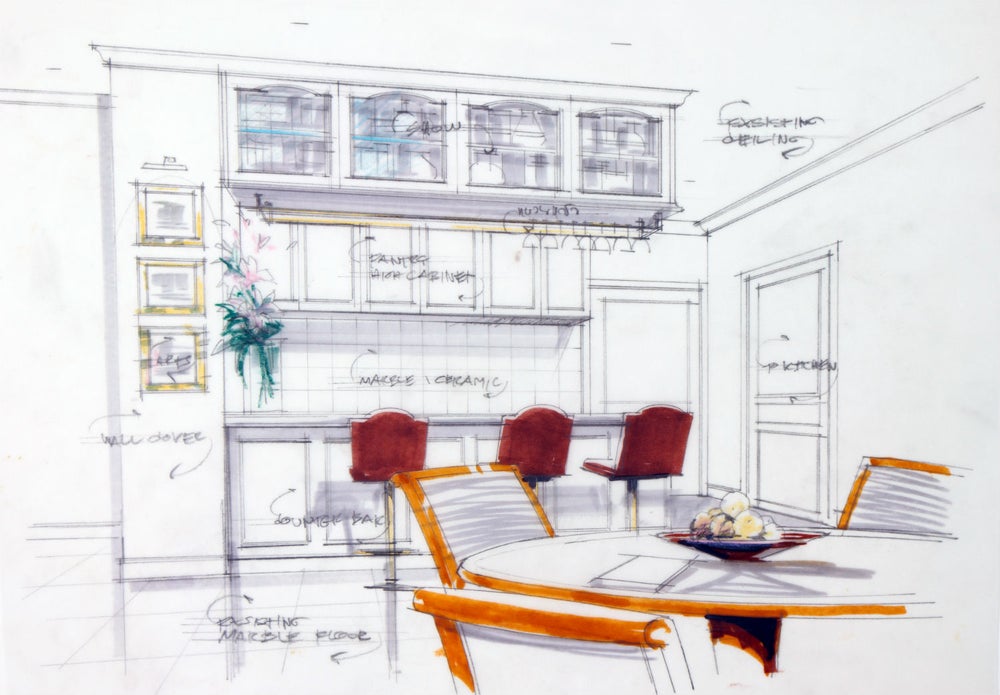 Tamarindo seeks to create experiences for its clients that makes them feel at home. Photo: Depositphoto.com

“At Tamarindo we want people to be happy and enjoy working here, since they spend more time in the store than at home, and the experience they have there will translate into the experience offered by the brand,” says Miguel, who attributes the low turnover of staff to the payment and commissions received by employees.

“We tattoo people with the theme of the customer experience, and that ranges from the moment he visits the store or our soytamarindo page, until the driver enters the customer's house to deliver their furniture. There is a virtual university and a platform with various sales courses developed by the firm, which are taught at all hierarchical levels, “he says.

He recognizes that one of the most complicated aspects is finding the right business premises. When the stores began to open, they were looking for average spaces of 2,200 square meters. Today they have adapted up to 500 meters.

At the time they ventured into the country's capital they opened their e-commerce: soytamarindo.com. In order to provide a complete omnichannel experience, in each physical store there is a kiosk so that the client, in case of visiting a smaller store, can purchase some of the products that are not on display.

“On the subject of omnichannel we pay special attention to the customer living the same in terms of experience and price and that our sellers have more to offer.”

Online sales represent two or three stores, but Miguel says that in two or three years it could represent 70% of the chain. By 2020 they plan to open five more stores and will continue betting on the digital theme.

“We still have room to grow here. We started in Toreo with a 1,000-square-meter warehouse and now we have 3,000 warehouses. With five stores, this one is going to stay small. We have room to continue expanding to areas like Toluca and Hidalgo. We could also analyze regions in the state of Veracruz. The strategy has been to grow through reinvestment. We will continue to do so. ”

Some are just out of the press and others are just too good to pass up. The opinions expressed by collaborators are personal. There is so much business information on the internet that it is sometimes difficult to keep track of the material we want to read. 5 books you can read during quarantine…

“Technology doesn’t need large amounts of personal data, bundled in dozens of websites and applications, to be successful,” said Tim Cook at a conference on digital data protection. 3 min read The opinions of the employees of You are personal. The CEO of Apple criticizes social media for “algorithmic” misinformation He Apple CEO Tim…

Mario Medina, Luis Yáñez and Juan Mena have launched Hacks Master, a portal where first-time entrepreneurs can find high-level mentors. Read for 4 minutes The opinions of the employees of s You are personal. Are you starting a company and need advice? This platform brings you closer to the most successful entrepreneurs What is it…

Sofia Macias, Author of the books by Little capitalist pig, will be giving a special class for children this Thursday, March 25th Savings and investments, what are they?, during the Global Money Week (GMW). The GMW is an international event aimed at girls, boys and young people to learn about financial literacy. During the eight…

This pandemic will end, but business and economics have to go on. It is a good time to launch creative promotions in support of your customers. March 27, 2020 4 min read The opinions expressed by collaborators are personal. 6 REAL tips to protect your sales from coronavirus The pandemic caused by COVID-19 causes…