During their morning press conference, López Obrador, Health Minister Jorge Alcocer, and Hugo López-Gatell Ramírez, Under-Secretary of State for Prevention and Health Promotion, presented a graphic that serves as a traffic light for the advance of Covid-19 in Mexico.


This Monday, June 1st, the so-called new normality begins. For this reason, the President of Mexico Andrés Manuel López Obrador and his government team presented the Traffic light regulating the reopening of activities in the context of the COVID-19 epidemic.

During their morning press conference, López Obrador, Health Minister Jorge Alcocer, and Hugo López-Gatell Ramírez, Under-Secretary of State for Prevention and Health Promotion, presented the following graphic to Mexicans as a traffic light for disease progression in the Republic. 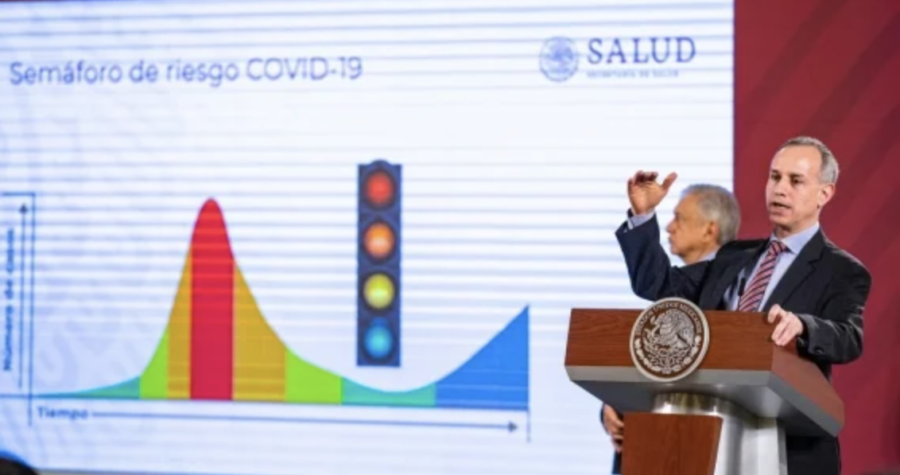 López-Gatell declared the cuatro categories for the reopening of non-essential activities according to their social value: high and low social value and high and low agglutination of people 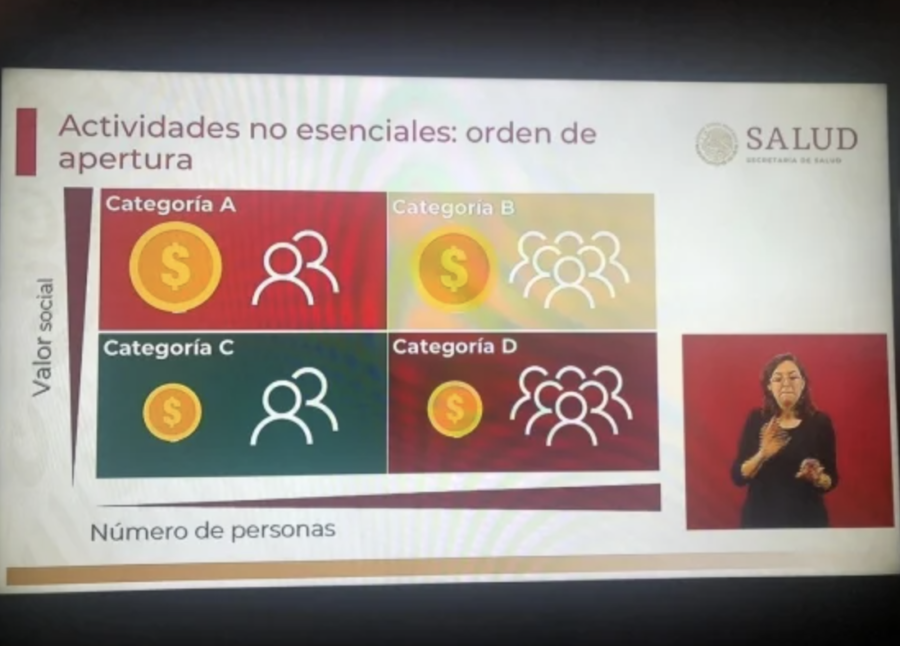 The traffic light consists of four colors: green for low risk, yellow and orange for intermediate level and red for high risk. According to the government of Mexico City, the traffic light will change depending on the hospital capacity. For example, when hospitals exceed 65% of their capacity, the traffic light changes to orange. then restaurants and cinemas with 30% of the capacity are opened.

According to data released yesterday at the afternoon conference of the Under Secretary of State of the 32 countries that make up Mexico, 31 are in the “maximum risk” category, with the exception of Zacatecas, which is “high risk”.

The Under Secretary said that the tourism sector will experience some changes and guidelines. He also stated that Cancun will be the first tourist destination to reopen. 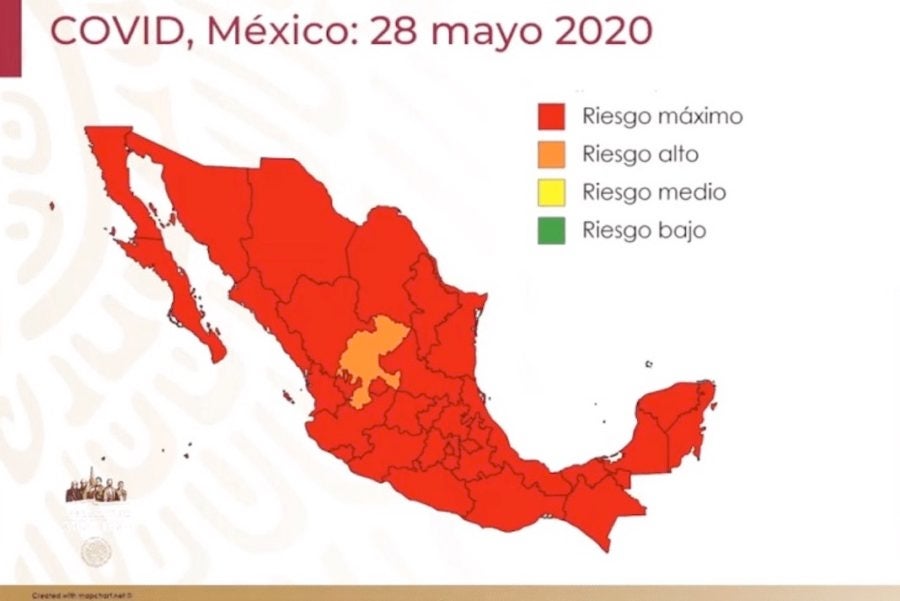 By ensuring that the COVID-19 pandemic continues and may last for years, López-Gatell is betting on the end of Sana Distancia’s national holiday and the gradual reopening of various industries. On the other hand, he affirmed that thanks to the established contingency, the maximum infection peak in the Valley of Mexico could be reduced by up to 81%, which serves as a benchmark for the pandemic in Mexico.

It should be clarified that according to López-Gatell, after the National Sana Removal Day, control and sanitary security will continue in the 32 states, so the map will be updated to reflect the traffic light. State governments will be responsible for establishing reopening based on their local indicator.

“They are elements that cannot be removed and, most likely, we should not remove them in many years because they allow us to live with this new virus not only in Mexico but worldwide.” The official pointed this out.