With 1 billion monthly active users, this social network is positioned as the most important for influencer marketing, an industry worth between $ 5 billion and $ 10 billion in 2020.

In Mexico there are 24,780,000 Instagram users, equivalent to 18.50% of the population, the average engagement of influencers in the country is higher than the world average. Users in Mexico are more committed to the content of their influencers, according to a study by HypeAuditor, an artificial intelligence platform for the analysis of YouTube and Instagram that helps to obtain information about the audience of a creator, increases ROI from advertisers and protects marketing authenticity from influencers.

This is the Top 10 of Instagram influencers in Mexico

The study “State of Marketing of Instagram Influencers in Mexico” classifies influencers into 5 types:

They often have a very heterogeneous audience, with various topics of interest. His way of relating to his followers is more distant compared to other groups of influencers. They have the greatest reach, but the least confidence.

They are famous in a local community. They can be considered “mini-celebrities”. Its content is generally of high quality and framed within a specific passion or theme.

They have a more specific audience, which is very involved, with a deeper connection. Micro-influencers are present in almost any sector: health and fitness, food, entrepreneurship, fashion and beauty, to name just a few of the most prominent categories.

They are normal consumers who have a passion and a desire to share, but have little influence.

The profile that defines the average Mexican influencer is micro-influencers (44.6%), those who have between 100,000 – 1 million followers, and are famous in a local community. They can be considered “mini-celebrities”. Its content is generally of high quality and framed within a specific passion or theme. Another important characteristic is that the majority of influencers in Mexico (53.02%) are women between 18 and 24 years old and men (representing 46.9%) are between 25 and 34 years old.

Another important finding is that nano-influencers, those with between 1,000 and 5,000 followers, have stronger connections with their audience and, consequently, their engagement rate is higher. 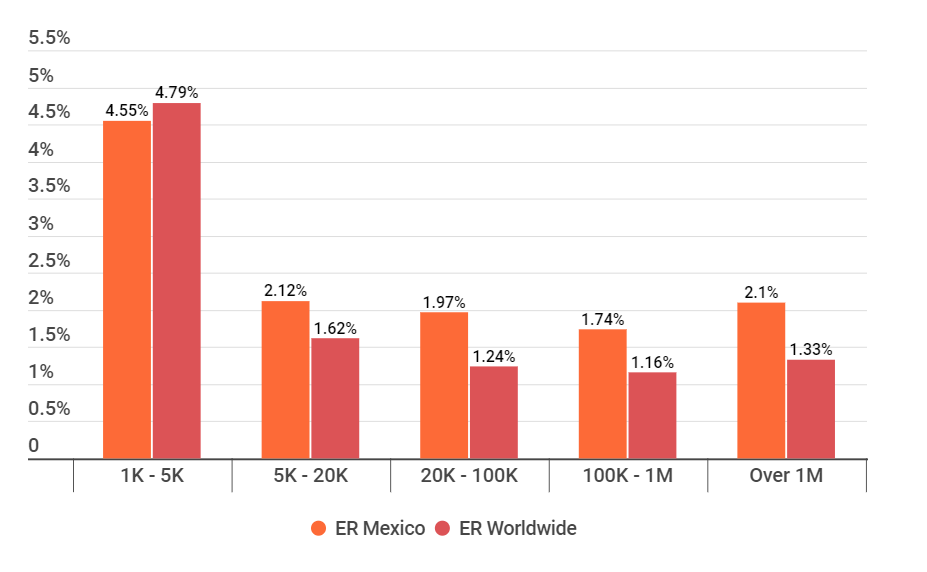 This is the Top 10 of Instagram influencers, according to their number of quality and committed followers of Mexico. 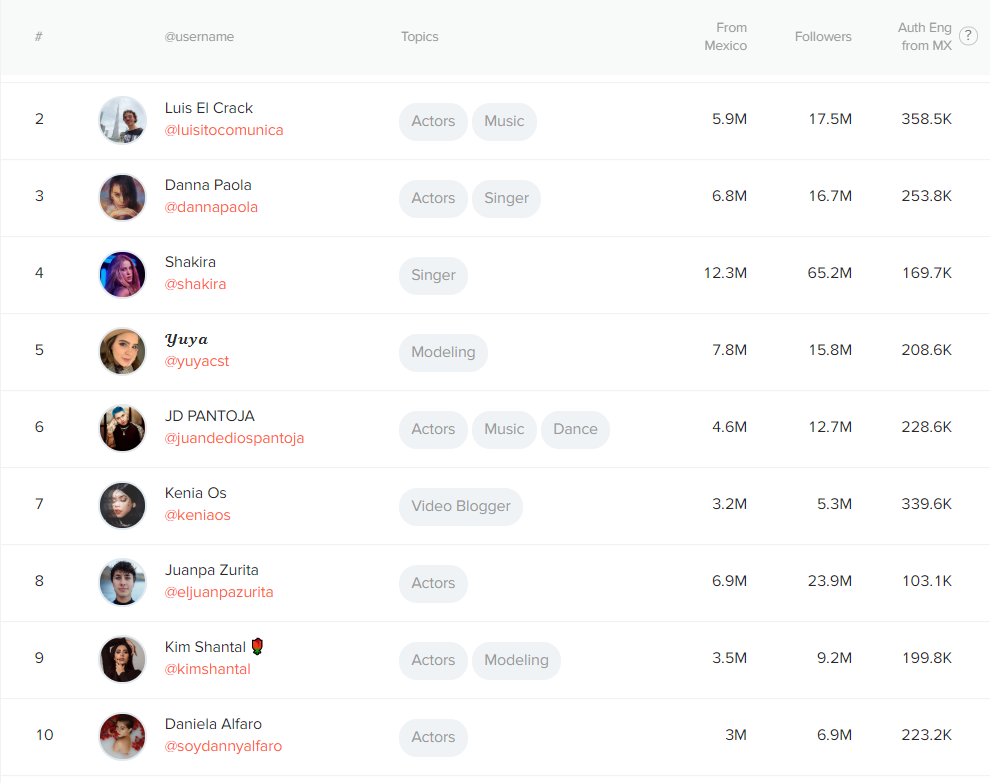 HypeAuditor analyzed 76,024 Instagram accounts from Mexico and applied machine learning to determine behavior patterns and identify false followers and engagement on influencers' accounts. The study reveals that a large number of influencers have falsely manipulated the numbers of their followers and their engagement to increase their profits, since what a blogger charges for a sponsored post is established based on the average likes of their posts and their number of followers .

Organic growth on Instagram is a long and arduous process. Not all influencers are ready to invest their time and money on it. However, fraud is so common that it is affecting marketing budgets worldwide. Here are some more popular tricks:

1. Buy followers. There are many apps and websites that tempt you to immediately acquire followers, likes and comments in any amount, for very little money.

2. Follow / Unfollow. It is commonly by influencers to get more followers. It has a very simple mechanics: 1) The account of an influencer follows you, gives you likes or posts a comment on Instagram, 2) You receive a notification and you follow him back and 3) They stop following you after a couple of days.

3. Buy likes, comments and visualizations of stories. Some influencers don't want to wait and use inauthentic methods to immediately increase their number of followers. Sadly, most of those inflated followers are inauthentic.

4. Comment pods. These are groups of bloggers who collaborate to increase their activity. They often meet on Facebook, Telegram, or other chats. A blogger of a pod will make a post and link it in the chat with a comment such as: “Likes, comments (three words or more), saved”). And then he or she will review the chat to see the last ten tasks from other bloggers and complete them. This method is definitely difficult to see with the naked eye, because these are real people with real accounts with high quality content and write well-developed comments.

It should be noted that the highest percentage of fraud-free influencers is in the nano-influencers (who have between 1000 and 5000 followers), 58.23% of them are fraud-free. 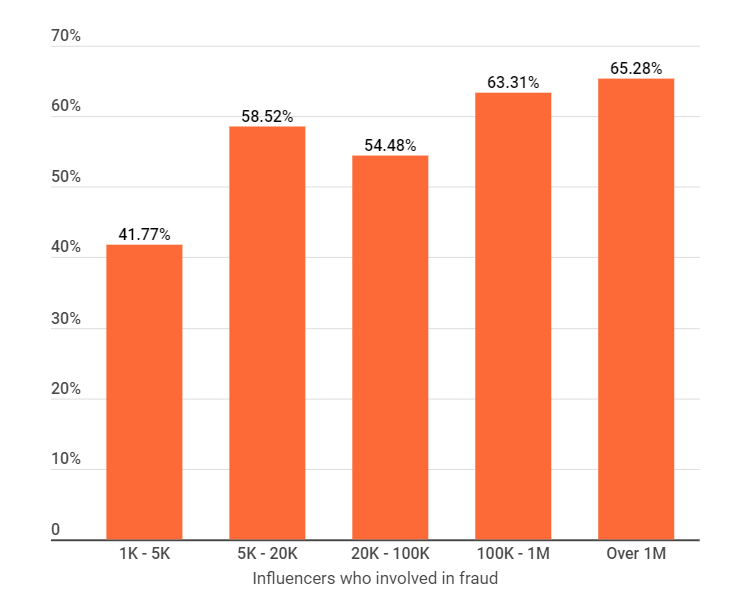