Whether we want to or not, the world decided to change without our consent and has created countless restrictions on which our lives can depend. Among the possible solutions is the home office. Dare to adopt it in your organization.

Despite the fact that the home office is a practice with many years of life around the world, in Latin America there has been some resistance to adopt it , although some countries are slowly giving in to change very slowly.

At times like the one we are living in, clearly the trend of this practice will be on the rise, as necessity will urge us to work from home as a preventive measure in the face of the current pandemic. It is right now when the difficulty or resistance to this or other models is evident – that we will have no choice but to adopt – although it is interesting to ask ourselves: why has our region not wanted to integrate into this format since it was created in the decade of the The eighties of the last century? Why has the home office been difficult to apply? What do we understand by home office? And where is the gene for resistance to this and other changes?

It is at the moment that the expansion of digital platforms arises that little by little, especially companies dedicated to this area, realize that working from home, or what we commonly call home office, can be an alternative to generate greater productivity and savings in physical spaces, transfers, etc.

Related: 8 tips to make home office and be productive (without dying in the attempt)

Some countries started using this type of practice very quickly and others for some strange reason, tried to postpone the effectiveness of the home office for many years. In the case of Mexico, for the year 2007 there was still talk of the possibility that “someday” this way of working would materialize, however in general there is around this work format a distrust on the part of companies, especially if they are not communication and / or systems.

If we look at the figures, we understand that remote work is extremely convenient and at times like this in the world quarantine, remote activities are already a necessity. In addition, it has been shown that telework implies that 23% of workers who work from home increase their productivity , that absenteeism decreases by 19%, that turnover falls by 40%.

In fact, it is considered that 50% of the world's workers will be doing home office this year, so although Mexico is in third place behind Argentina and Chile in the practice of remote work, it is necessary to remember the qualities of working in home and certain issues that are of importance in this practice.

As a worker, you don't have to be afraid of change. Working from home involves some changes, but all of them are worth it as we have explained, for different reasons, and it's time to get down to business. To make a home office as productive as possible the following is recommended: 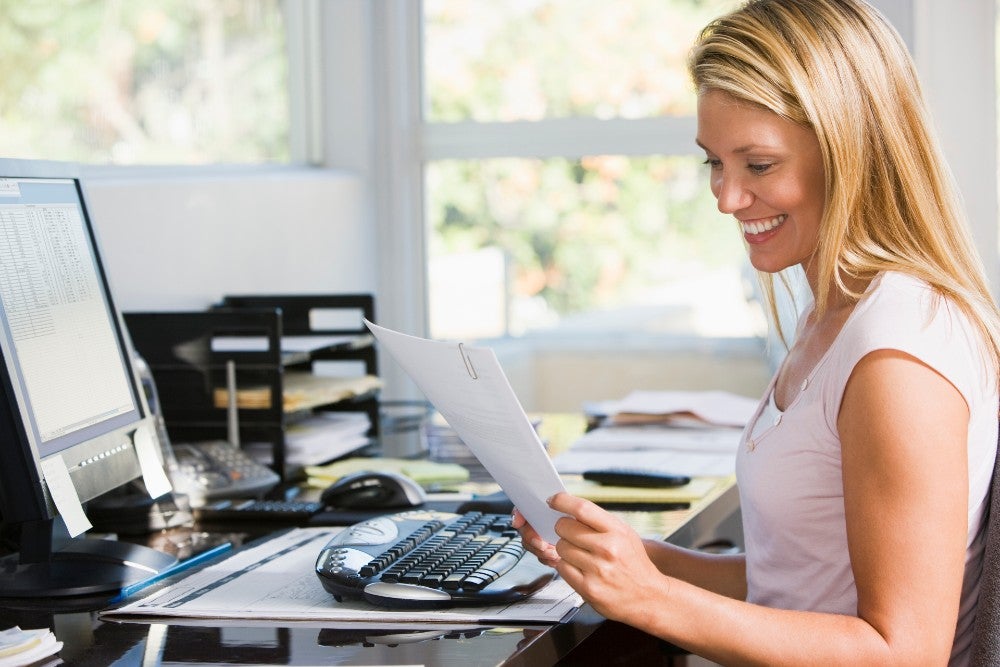 Where do paradigms come from?

Returning to the issue of resistance that has occurred in the Latin American region, it would be interesting to try to change our paradigms knowing a little of our own history, which is where we may find an answer to this way of understanding work, and therefore a number of ideas about it that have been preserved for centuries.

If we review the history of work, we would find several questions that we could think about before having this resistance so common to the different ways of carrying it out according to the time, and thus try to reform our own conclusions and arrive at more thoughtful decisions.

The need to work is born with the need to gather and hunt for food; the human being by becoming sedentary begins the production of his own food, that is when agriculture, commerce and livestock are born; This leads the human being to generate slavery, that is, work in exchange for freedom.

Then comes feudalism, which is a totally rural economy in which slaves become servants. With modernity comes the industrial revolution and with it the automation of work, through which a number of hours of labor are exchanged for a minimum wage and the unions that were created to defend the worker appear.

Thus several industrial revolutions have passed. The most current one clearly no longer has certain needs in the most developed countries since the remuneration for work and the rights of the worker are filtered and monitored by international consensus. However, it happens in emerging economies that customs change and generate milestones that have ceased to be studied and in which it would be worth doing some type of deeper research.

In the case of China for example, even though it is the second most important economy in the world, it happened for example that from the first 10 years of this century it was questioned in many ways whether the way of working in manufacturing in this country could be considered a kind of “modern slavery”.

Years have passed and the questions are those and others. Attention has been drawn to them and world organizations have tried to gradually change this format, so entrenched in that country.

At the same time, it suddenly happens that the world decides to change with or without our consent, a pandemic like the one we are experiencing arises, generating countless restrictions on which our lives can depend, and among the possible solutions are those that many countries have put for consideration for fear of a change in the way of working in this case.

The remote work option is concentrated in 50% of the world's workers, and resort to this type of operation that, as we have described, was already used in the eighties by companies such as Microsoft , Apple, Hewlett Packard, IBM, etc., it can no longer be seen as a weakness, a “no way” or a “just this once”.

The future is demanding other ways of understanding the workplace and we cannot continue putting off the safest and most effective practices to continue producing in difficult times like this.

As in the case of China, where the overcrowding of supervised workers with a control to go to the bathroom or eat, is a practice that goes back to the days of the empire and feudalism, in Latin America we could ask ourselves whether it is not the practice of the feudal lord , so common in the New Spanish world, that many even came to call it “tata”, a false idea that we have that the worker must be watched “closely”, or “guided”, because he may always need us.

Could it not be that this vigilance, that extreme need for attention is a form of control inherited from some past that we are not even capable of observing?

“The horse's eye gets fat the horse” says around there a very old Mexican sentence and that will surely have its reproduction in all Latin American countries. But if the horse gets sick, we had better take turns taking care of it.

These are difficult times; Isolation will be difficult in itself to reconcile in our cultures that include social life in their journeys. Let us only be those our concerns and we enter the future suddenly as history is demanding; Let us work from home with the same responsibility that we have when going to our offices and as leaders we are able to understand that these are not times of doubts but of concern for our own : our workers, our associates, our colleagues, our buyers, producers and all and each of the members of the production chain. This is our way of saving lives today, doing what is necessary without putting above ideas from another time that is no longer the present and that only make us lose opportunities in a world that has already changed.

If you’re not really passionate about what you do, then most likely you’ll throw in the towel at some point. 7 min read The opinions of the employees of You are personal. So, align your purpose in life and your company so that you don’t work another day in your life. Much has been…

8 min read This article has been translated from our English edition. Big or small? The iPhone 12 Pro Max sells for 29,999 pesos This story originally appeared on PCMag I just got that iPhone 12 mini and the iPhone 12 Pro max For your evaluation, I started testing them with the iPhone 12, 12…

March 13, 2020 4 min read Don't look at your calendar, but today is Friday the 13th . These dates are considered unlucky days because, whether by magical coincidence or simple statistics, many unfortunate events have occurred on a day like today. For example: On Friday, October 13, 1307, King Philip IV of France ordered…

The next long weekend in Mexico is February 1st. 3 min read What are the bridges and holidays in 2021? This Monday, January 4th, is the first business day of the year, but we already have that Bridge calendar and official holidays from 2021 So you can carry out your personal and business plans for…

Mexicans and Colombians spend more time together than the global average of 6 hours and 43 minutes. 2 min read How many hours do we spend every day connected to the internet? This story originally appeared in the World Economic Forum By Mónica Mena Roa in collaboration with Statista in Spanish 6 hours and 43…