Fox will charge up to 5.6 million dollars for a 30-second spot during the great NFL game.

While the Kansas City Chiefs were preparing to face the 49ers. From San Francisco at the Hard Rock Stadium in Miami at Super Bowl 2020 on February 2, marketing specialists were preparing to catch the attention of viewers. And with a cost of $ 5.6 million for a 30-second spot on Fox this year, bets are higher than ever.

Some advertisers are making their Super Bowl debut, with Facebook and Sabra hummus brand joining regular customers like Anheuser-Busch InBev, Avocados From Mexico and Pepsi.

The game will also become political this year, with the presidential campaigns of President Donald Trump and Michael Bloomberg buying 60-second ads. And technology companies are leaving their mark, with Google, Microsoft and Amazon broadcasting commercials this year.

Here is a look at all the ads that are scheduled to be seen during the big game (the list only includes American advertisers).

Amazon has released two teasers for its spot in the Super Bowl this year, starring celebrity couple Ellen DeGeneres and Portia de Rossi asking people how things worked before the arrival of virtual assistant Alexa. 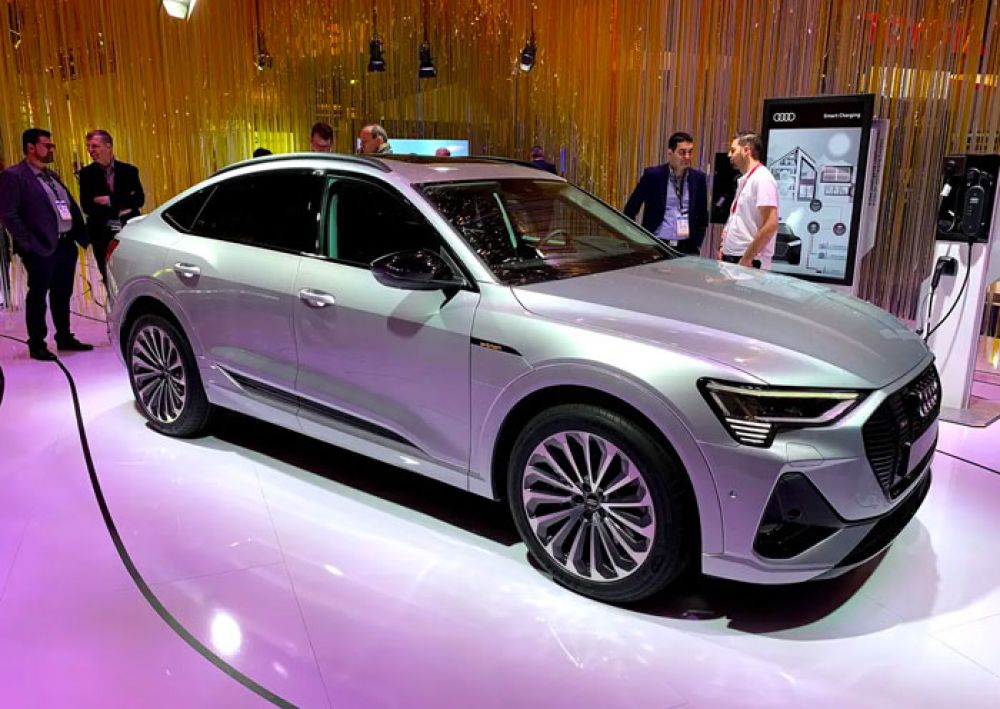 Upon returning to the Super Bowl for the eleventh time, Audi is launching a new global campaign to redefine its marketing slogan “Vorsprung durch Technik,” which translates as “progress through technology.”

Avocados From Mexico will have its sixth consecutive spot in the Super Bowl this year. The 30-second announcement in which EnergyBBDO, Havas Media, Richards Lerma and Padilla collaborated is expected to focus on the United States' obsession with avocados. 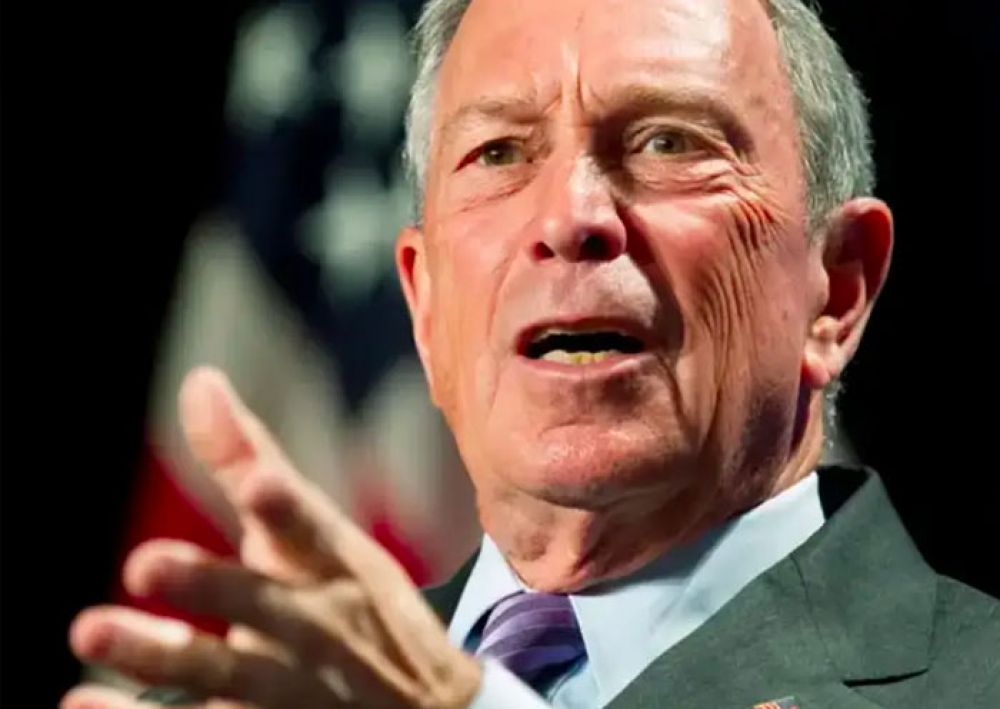 The 2020 Super Bowl is ready to become a political battlefield, with the presidential campaigns of Michael Bloomberg and Donald Trump running ads.

Anheuser-Busch InBev is promoting the announcement of Bud Light and Bud Light Seltzer this year, which is its 40th official sponsor.

The announcement, by Wieden + Kennedy, focuses on the “mayor” of Seltzer, Pa.

Budweiser is known for his memorable Super Bowl ads, and this year's spot by David Miami and filmmaker Kathryn Bigelow will last 60 seconds.

The announcement, published on January 23, aims to celebrate the best of the American spirit and juxtaposes everyday acts of kindness and epic personal achievements with some of the most common labels given to people.

Cheetos will return to the Super Bowl after 11 years, with a 30-second Goodby Silverstein Partners spot with rapper MC Hammer and his song “Can't Touch This.” 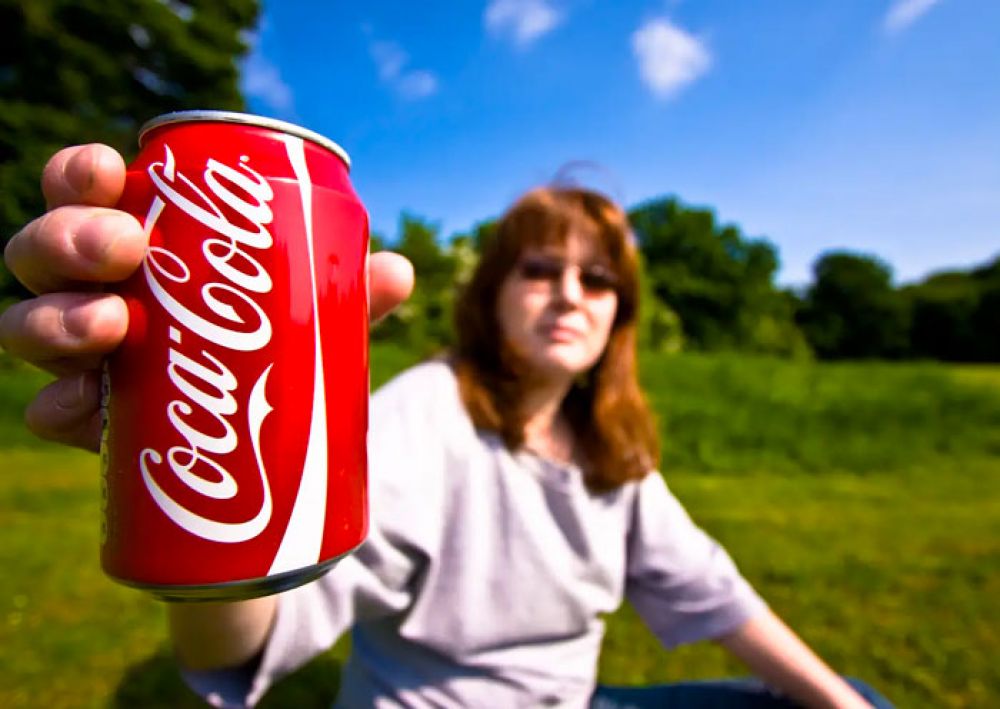 Coca-Cola returns to the Super Bowl with a 60-second commercial after a break in 2019.

The soft drink giant has not revealed which of its brands will appear in the commercial, but it is speculated that it will announce Coca Cola Energy or a carbonated water called Aha. Drinks will be launched in January and March, respectively.

Discover will have two 15-second spots from The Martin Agency in the same commercial court during the Super Bowl, with an ad in the middle.

The ads are pop culture montages that convey the message that Discover cards are free and widely accepted.

Doritos commercial of the agency Goodby Silverstein Partners introduces Sam Elliott reciting the lyrics of Lil Nas X's “Old Town Road” with Billy Ray Cyrus. His 2019 spot for the Doritos Flamin 'Hot Nacho with flavor also had a musical inclination, with Chance the Rapper and the Backstreet Boys. 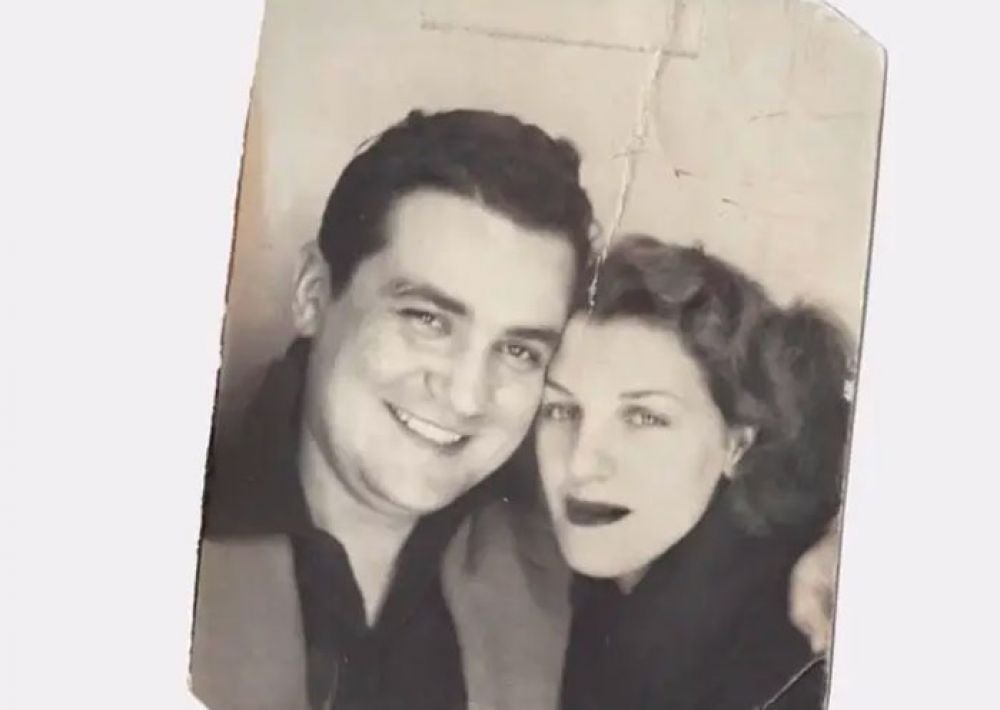 Facebook is making its Super Bowl debut with a 60-second spot promoting its Groups role with a commercial starring Chris Rock and Sylvester Stallone.

The spot, created by the agency Wieden + Kennedy, is about rocks: rock music, rocking chairs, rock climbing and even Stonehenge, and occurs when the technology company has been trying to rebuild consumer confidence after a series of controversies in the last years. 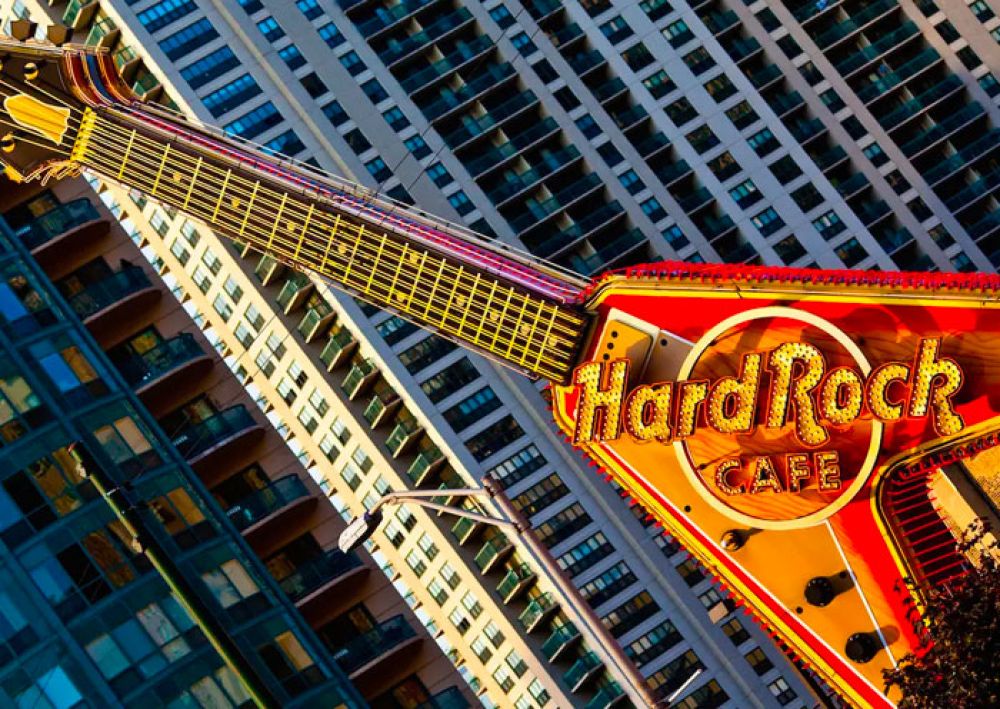 The hospitality brand Hard Rock International is taking advantage of the Super Bowl that takes place at Hard Rock Stadium in Miami with its first commercial in the big game.

The spot, directed by Michael Bay, will be broadcast at the end of the second quarter. 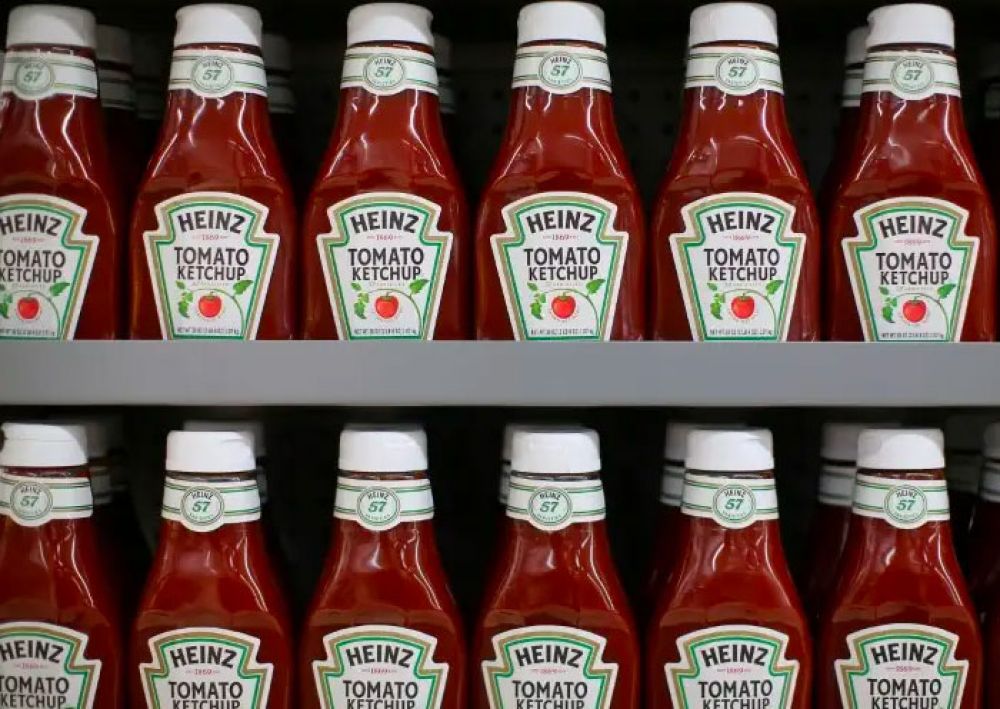 Heinz returns to the Super Bowl for the first time since 2016 with a 30-second announcement in the second quarter of the game. The commercial of the agency Wieden + Kennedy was directed by Roman Coppola, son of Francis Ford Coppola.

Hyundai returns to the Super Bowl for 12th. Once in 13 years with a 60-second commercial in the first quarter, highlighting his new Sonata car with remote smart parking.

The automaker will make its eleventh consecutive appearance in the big game in a spot produced by the David and Goliath agency in which a 10-year-old boy replaces a star athlete at a press conference.

The Little Caesars pizza chain will hold its first Super Bowl commercial this year, highlighting its passage to delivery with DoorDash. The ad, produced by the McKinney advertising agency, will star in The Office actor Rainn Wilson.

Michelob Ultra is another Anheuser-Busch InBev brand in the 2020 Super Bowl, and this year it has a 60-second star-filled commercial with Jimmy Fallon, John Cena, Usain Bolt, Brooks Koepka and Kerri Walsh Jennings.

The announcement encourages people to buy a package of six beers, as, according to reports, a portion of the sales will go to farmers in transition to organic farmland.

After showing how the Xbox Adaptive Controller helps children with disabilities play video games, Microsoft returns to the big game to promote its Surface tablet. The announcement shows the history of the 49th offensive assistant coach. San Francisco Katie Sowers, who will become the first female coach in the Super Bowl.

Mtn Dew is back in the game after sitting in 2019 with a 30-second announcement of TBWA / Chiat / Day New York, starring Bryan Cranston and Tracee Ellis Ross. The announcement of Zero Sugar riffs in a classic scene from the 1980 horror movie The Shining . 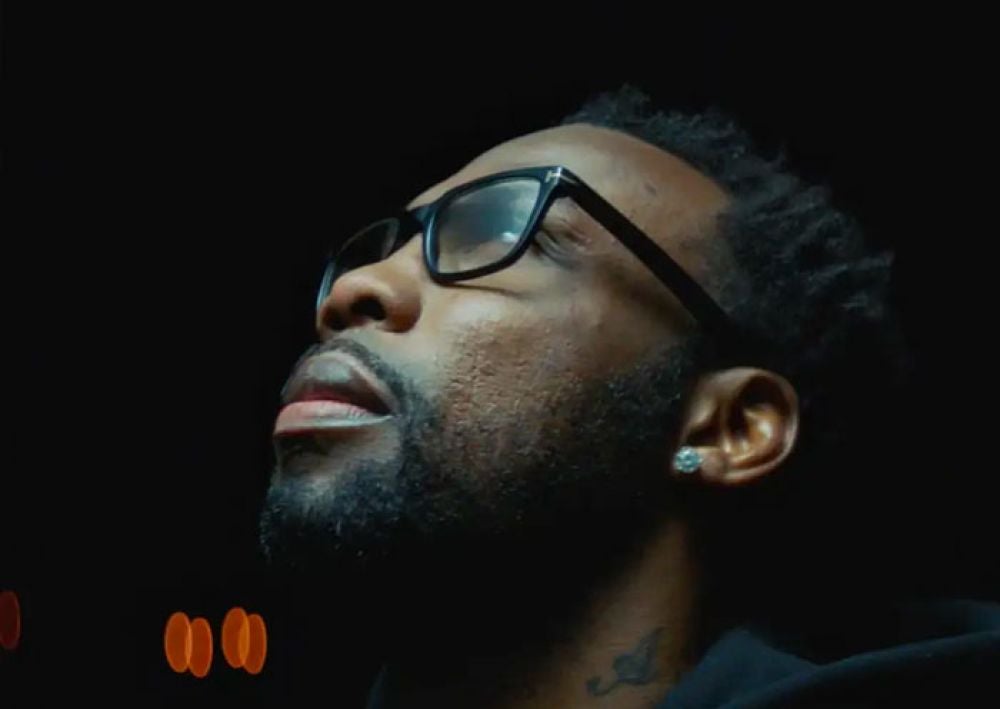 The NFL will issue a 60-second announcement during the game promoting its “Inspire Change” program and another one that will be seen just before the start of the game over its 100-year celebration. The announcement is produced by agency 72 and Sunny, originally issued on January 19 and adopts a political stance on police shooting against black men.

The life insurance company will return to the Super Bowl after decades to celebrate its 175th anniversary and begin its “Love takes action” campaign. Anomaly's 60-second commercial will air between the first and second quarters. 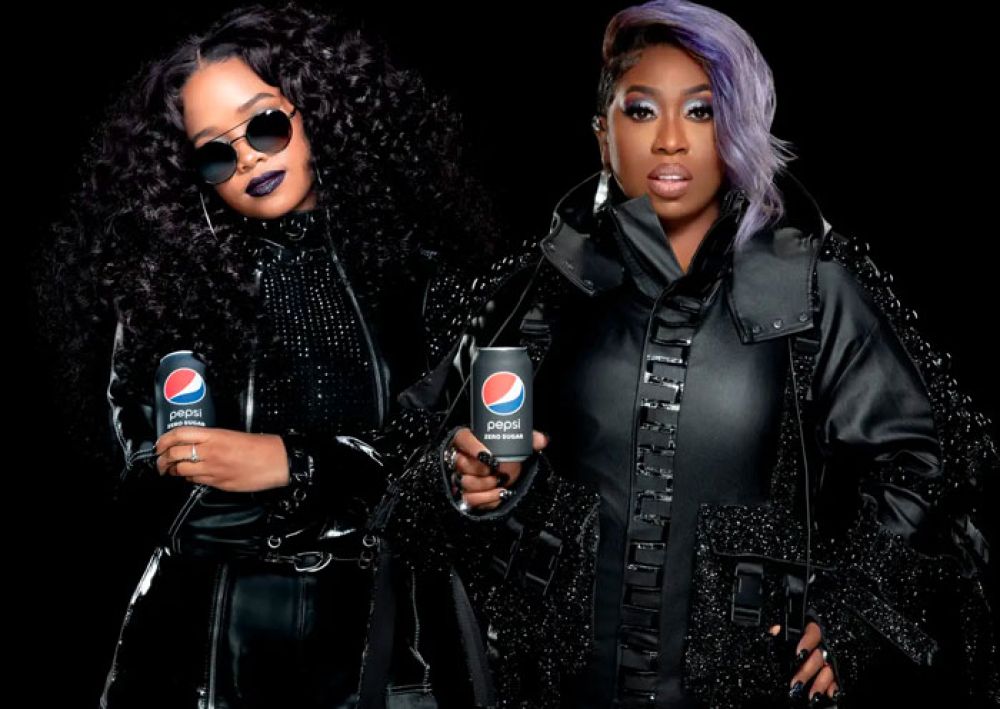 The former Super Bowl advertiser returns to the big game with a 30-second commercial starring Missy Elliott and HER that will promote Pepsi Zero Sugar in a matte black can.

VaynerMedia is producing again the 30-second spot of the Super Bowl for Planters, which will air during the third quarter and will represent the funeral of his pet, Mr. Peanut.

Planters shared an official spot teaser that shows Mr. Peanut sacrificing himself to save his friends Matt Walsh and Wesley Snipes, and is scheduled to air shortly before the Super Bowl. 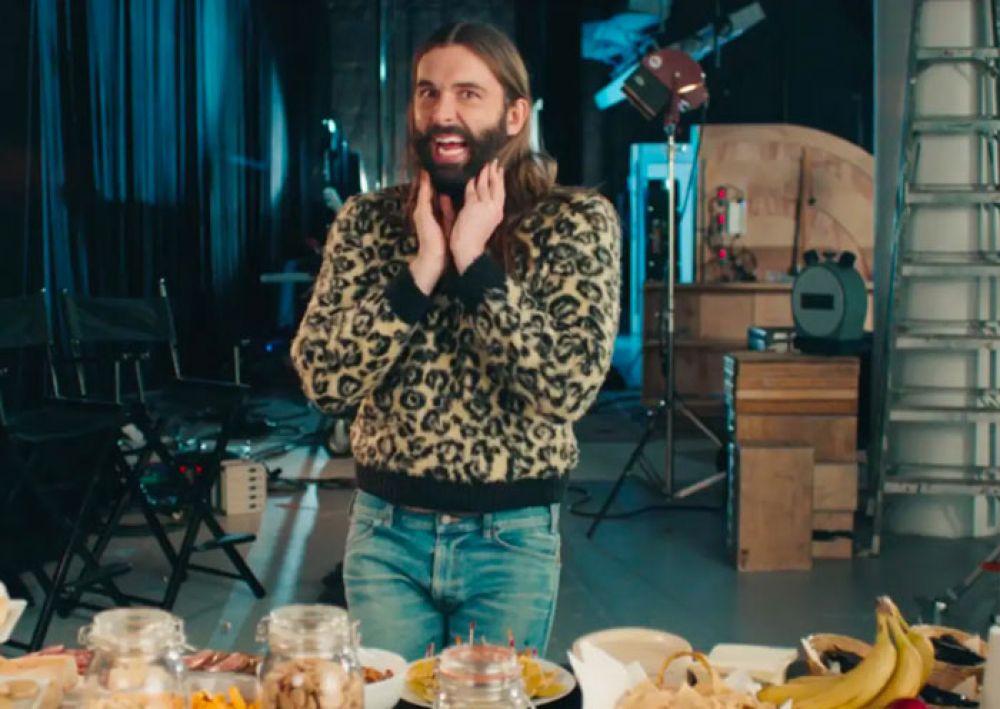 The Kellogg's brand will issue its first announcement in the Super Bowl: a 30-second commercial starring Queer Eye star Jonathan Van Ness and promoting a new pretzel flavor. The announcement, from the MRY agency, will be issued just before the two-minute warning in the first half of the game.

Volkswagen is announcing Porsche in the Super Bowl for the first time since 1997 to promote the Taycan, its first fully electric vehicle. The Cramer-Krasselt agency produced the announcement.

“The Chase” presents the Taycan Turbo S in a chase of style cars from the “Fast and Furious” series .

Pringles will air a 30-second commercial during the second quarter with Rick Morty from Adult Swim. The third parent Super Bowl ad was produced by Adult Swim and the Gray ads agency. The company also plans to launch a “Pickle Rick” flavor in stores.

Quicken Loans debuted its first Super Bowl ad in 2016 and will return this year after issuing a commercial in 2018. Its 60-second ad for its online lender brand, Rocket Mortgage, will introduce Aquaman actor Jason Momoa in several home situations. . It is scheduled to appear in the first half of the game.

Sabra is making her Super Bowl debut this year with a 30-second commercial by VaynerMedia. The spot features a cast full of stars, from rapper T-Pain to drag queens Miz Cracker and Kim Chi, as well as Real Housewives of New Jersey participants Caroline Manzo and Teresa Giudice.

Snickers will return to the big game after 2017 to celebrate its 90th anniversary and the tenth anniversary of its “It's not you when you're hungry” campaign that Betty White helped start in 2010. Her 30-second commercial, produced by BBDO New York and AMV BBDO, will air in the first quarter of the game.

PepsiCo's SodaStream returns to the Super Bowl for the first time in six years with an ad starring Bill Nye. Bryan Buckley, who directed the SodaStream commercial in 2014, is also behind this 30-second announcement this year. The spot, which will run just before the halftime show, was produced by Goodby Silverstein Partners.

Squarespace will return this year after staying out last year. It produced a 30-second commercial that is scheduled to run between the first and second quarters.

After introducing Keanu Reeves, Jeff Bridges and John Malkovich in the past, Squarespace's 2020 announcement introduces Winona Ryder in his hometown of Winona, Minn. 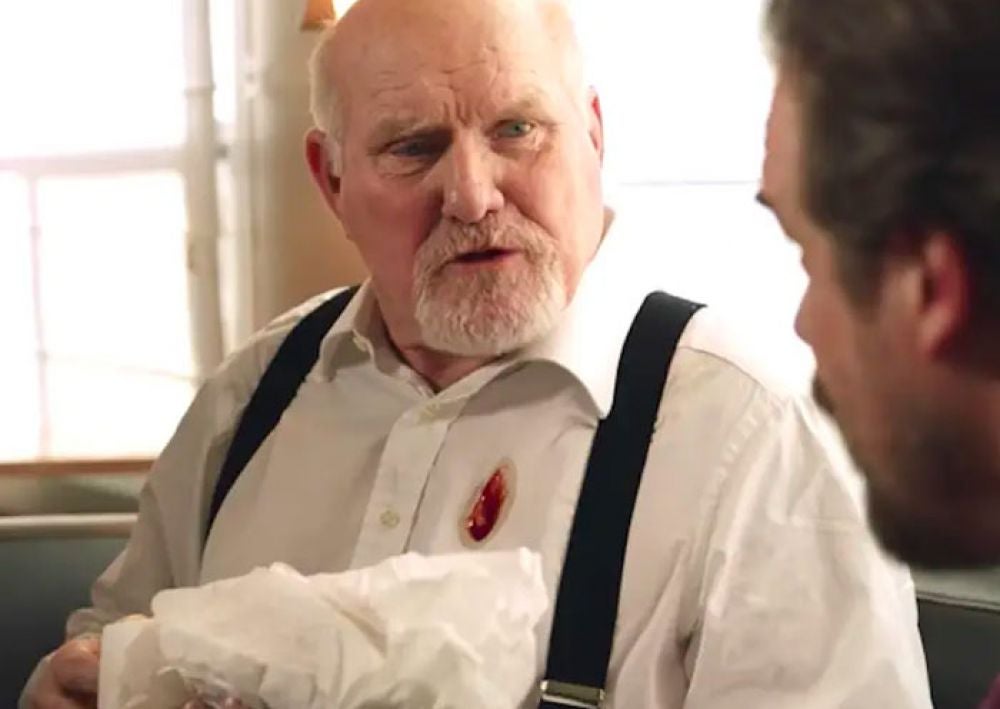 After “sitting on the bench” the Super Bowl in 2019, Tide is back in the big game. Procter Gamble brand detergent agency partner Saatchi Saatchi New York worked on the announcement as part of the PG Woven collaborative agency. 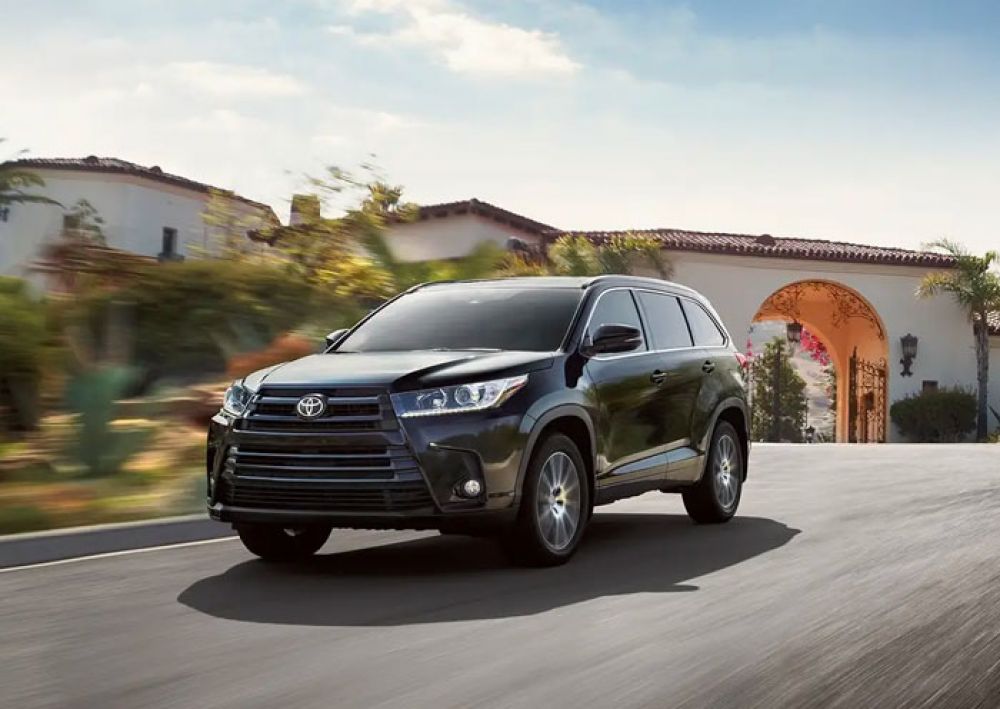 Toyota will launch its third Super Bowl ad in a row, a 60-second Saatchi Saatchi spot that will promote the Highlander SUV. 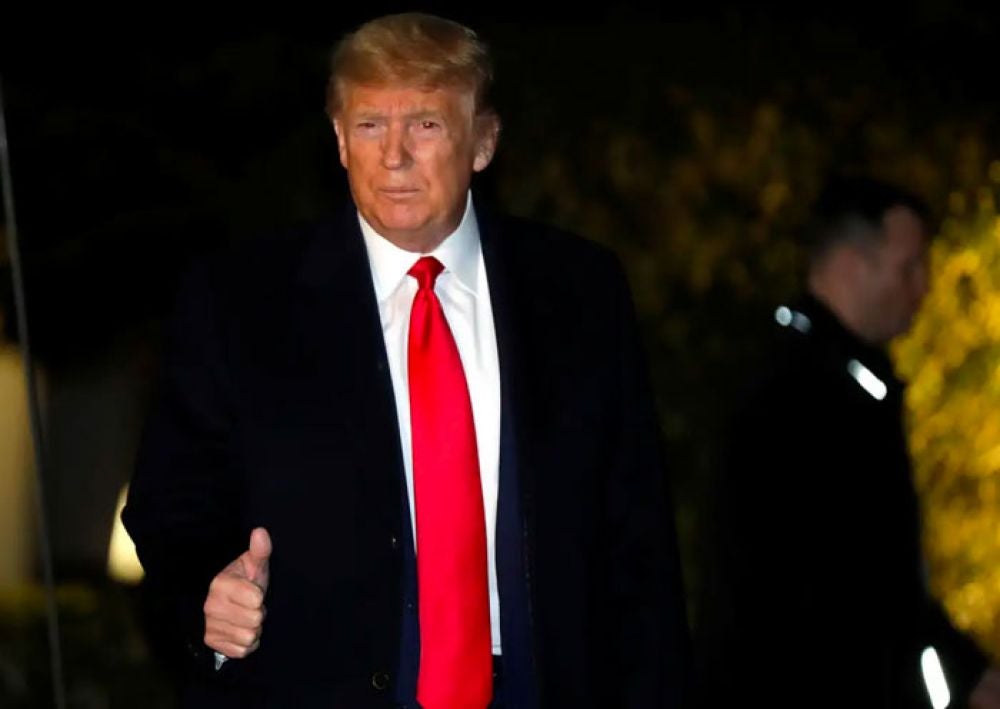 Like Michael Bloomberg, President Donald Trump's campaign also spent more than 60 seconds of advertising time. The ad will be seen at the beginning of the game. 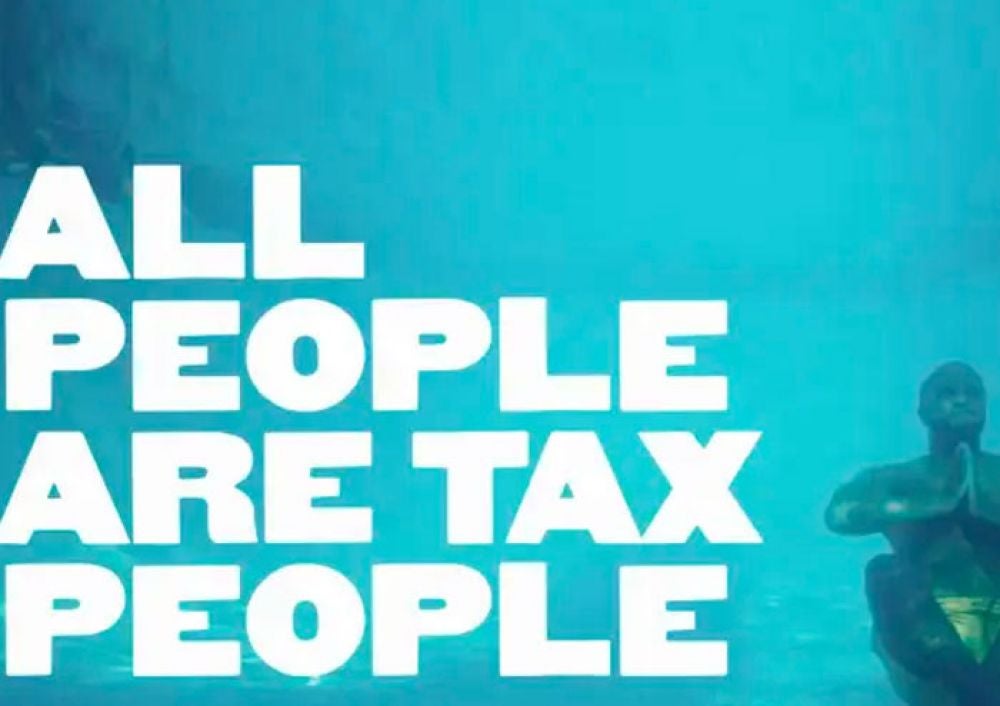 The DIY tax preparation application will return to the big stage for the seventh consecutive year, with a 45-second spot by Wieden + Kennedy. The announcement is part of a campaign that began during the Rose Bowl on January 1 and will promote the idea of ​​making people feel comfortable making their own taxes.

David Miami and David Madrid produced the 30-second commercial, which is scheduled to air in the third quarter and takes Turkish Airlines back to the Super Bowl for the fifth time. Check out the place, which was directed by Ridley Scott.

Verizon will broadcast a 60-second commercial produced by McCann during the first half of the game. Like last year, the spot will focus on the first responders, but it will also promote 5G. 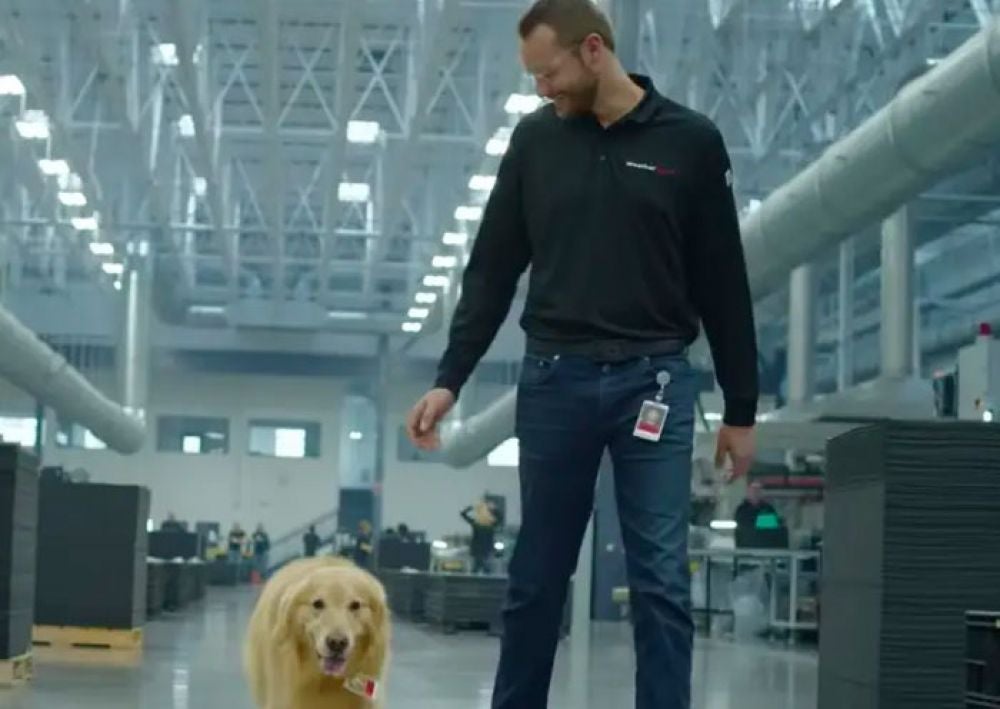 The mat maker will appear on the Super Bowl's ad calendar for the seventh time this year, with a 30-second commercial produced by its Pinnacle Advertising agency. In the past, WeatherTech has featured “Made in America” ​​messages in its Super Bowl ads.

Today everyone has an additional job in the office. This is what you need to be successful and what you can get during hot sale and amazon deals. Increase your business, Not your inbox Stay up to date and subscribe to our daily newsletter now! Read for 3 min Part-time entrepreneurs? These are the 8…

MSMEs that seek to cross 2020 successfully must change, leave comfort zones and seek to detonate people's potential. February 6, 2020 6 min read The opinions expressed by employees are personal. So SMEs can overcome the challenges of the complicated 2020 economic outlook By: Marisol Monroy and Maleni Aguila / FUNDES in alliance with…

The opinions of the employees of You are personal. The Postponement hurts. If you keep watching Netflix you may be temporarily satisfied, but it’s fleeting. Whether you’re avoiding a pile of dirty dishes, giving a presentation, or exercising, hesitation has the power to turn a simple task into Mount Everest for the slopes. how…

11 min read The opinions of the employees of You are personal. How do I merge two companies? Make it like it’s a relationship Aristotle would say that people are “social beings by nature,” and as a result of this trait we tend to create relationships of various kinds, ranging from loving, friendly, and…