Alejandro Gabriel’s call on social networks on August 15, 2020 was urgent: “Support education in times of COVID Join us!”; and invited a briefing.

The surprise was that 200 young volunteers signed up and today they are devoting their time and knowledge to improving and shaping the primary and secondary content for the Ministry of Public Education (SEP).

All contents of Share plus It is based on the textbooks of the SEP and covers three modalities: primary, tele-secondary and technical and general secondary. In a next phase they will include high school.

The big differentiator of Share Plus is that once the content has been downloaded, the internet doesn’t have to work anymore. Because of this, public schools in rural or marginalized communities (who have computers but don’t have access to the network) can get out of the education gap with Share Plus. In Mexico, according to Inegi, only 53% of households have an internet connection.

More than 500 teachers are currently using this digital tool, as Alex and his team have formed an alliance with Sector Number 9 of the Telesecundarias del Valle de Toluca. Each teacher has an average of 30 students, so more than 15,000 students interact with Share Plus content.

On September 5th of this year they launched a second call with the same message: “Support education in times of COVID Join in!”; and 100 more employees have joined. 65% of the volunteers are from Tec de Monterrey and the remaining percentage from 20 different universities. The anecdote is that only 30 people were expected for the first briefing.

“I was quite surprised by the great response from the volunteers who contribute their work to Share Plus. My greatest satisfaction is to see that there are so many young people who are concerned and aware of the educational situation in our country. Because they know that education is the future and that something has to be done now to support this sector, ”said Alejandro Gabriel, founder of Share Plus, in an interview for in Spanish. 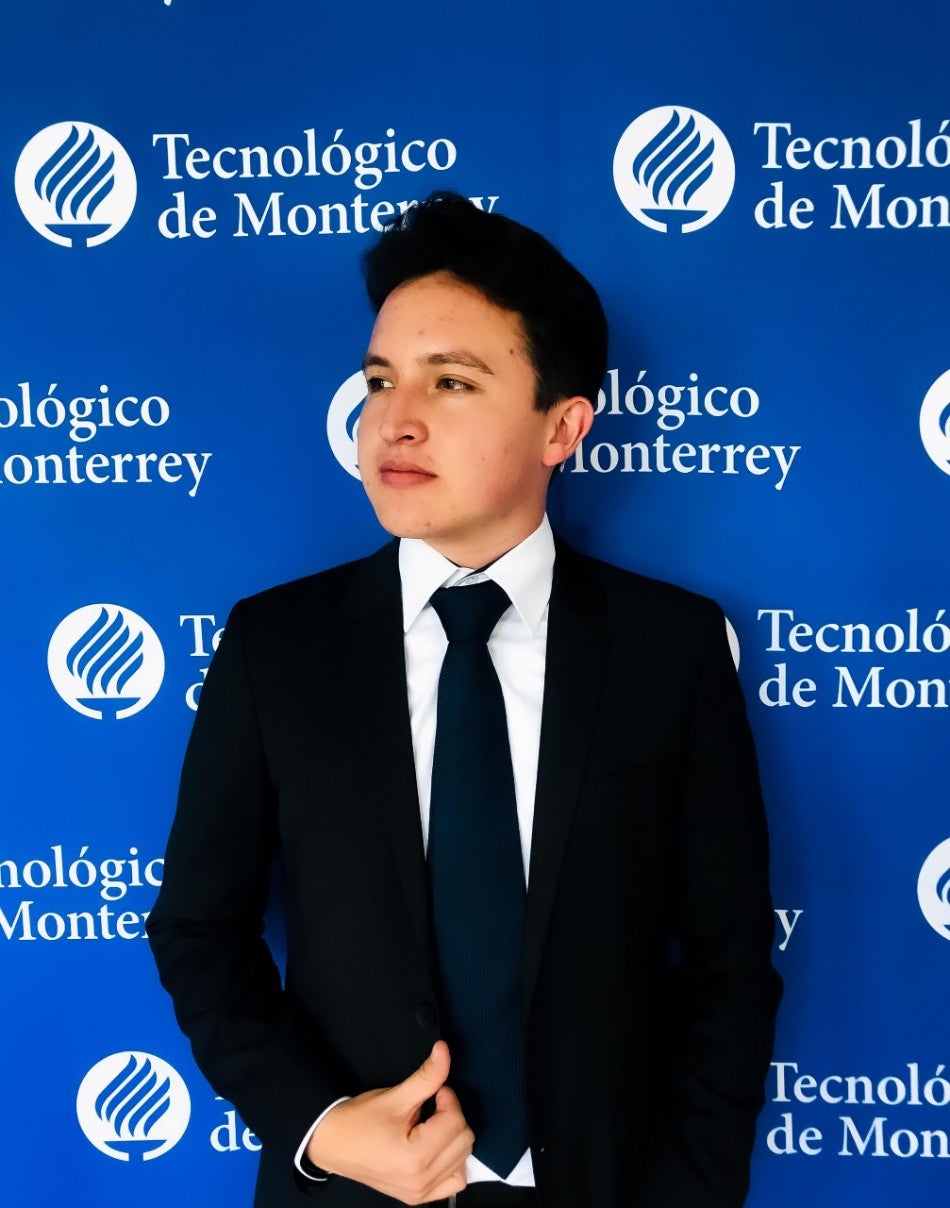 She started giving free English classes in her community

Thanks to the scholarship, Alejandro Gabriel studies at the Tec de Monterrey Campus Toluca Tomorrow’s leader that requires a social project as a prerequisite. In Alex’s case, he joined Tec to teach free English classes at his Chapa de Mota community in the state of Mexico.

He also ran an EdoMEx program called Young Peace Builders. Later, together with his colleagues from Tec, he organized conferences at secondary schools and high schools in the state of Mexico on social problems such as alcoholism and drugs as well as on other topics for personal and professional development.

From Covid-19, Alex saw the opportunity to convert his conference project into Share Plus to make a contribution to education. “We want to help the education sector, which is already showing a significant delay. and with the pandemic, more was ignited. I started inviting colleagues from my campus first, they loved the idea and joined in. Then more people joined the calls we made on social networks, ”says the 21-year-old, a student in industrial and systems engineering.

Alex never thought that Share Plus would become a startup. This would not have been possible without teamwork. “What I like best is working with guys who are so committed that they don’t expect anything in return. who only want to contribute to society ”. 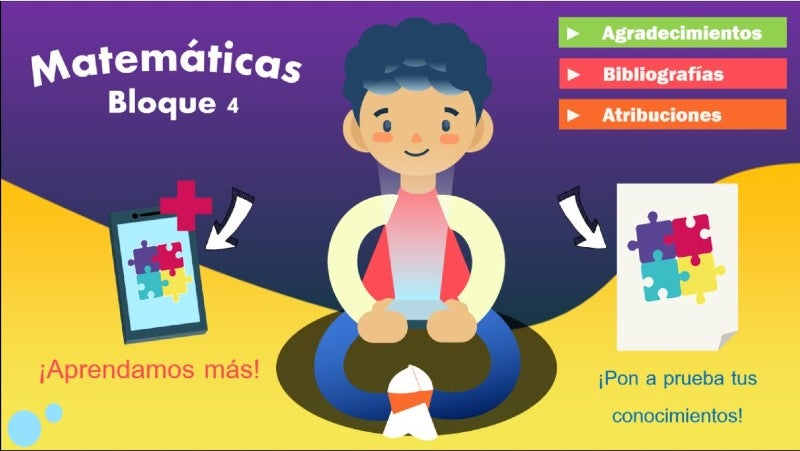 How are you going to make this social project profitable?

Share Plus was introduced to foundations, parents or teachers. who download the content because they are of quality and really serve. The app is functional, simple and easy to use. Proof of this is the alliance with the Anacleto Guerrero Foundation, which has delivered tablets with the contents of Share Plus in the municipality of Las Tórtolas in Monterrey.

“In the future, we plan to make this social project profitable by bringing together more important allies such as foundations that help us spread what we do. We are also looking for NGOs and companies that are interested in our content reaching more children. We will also generate the content that private schools need. We would also like to have publishers and museums as customers who want to make themselves known through a model like Share Plus. “

Alex Gabriel’s recommendation to our readers is to listen to people. It sounds easy, but getting your full attention to what the public is saying is quite a challenge because they are telling you for yourself if you are on the right track. “People came to ask me, ‘Hey, why don’t you jump from a social project to a company?”

The biggest challenge for Alex is having the same experts in the education system tell him, “What you are doing already exists; Why create something else? “If you believe that you really have a differentiator and that what you offer is worth it, go ahead.” Don’t be discouraged. Believe in your project because they might close one door, but many more will open. ”

This student from Tec de Monterrey wants to inspire others to develop similar tools that will contribute to the educational development of the country. “We are not trying to take the role of anyone, neither the teacher nor the program that SEP is already implementing. We are an addition ”.

Finally, for those looking to receive scholarships from the Leaders of Tomorrow program, he recommends, “Try it, it’s a long process. There are many demands that they place on you. Interviews, exams and so on, but the price is pretty high. It changes your life. The approach that education within Tec gave me is phenomenal. It’s like winning the lottery. It’s worth continuing the process, ”he concludes.

The technology company will make the event virtual so that developers around the world can see it online March 2, 2020 2 min read This story originally appeared on PCMag Coronavirus forces Facebook to cancel the F8 developer conference Citing the coronavirus, Facebook is canceling F8, its annual developer conference. “It was a difficult decision…

Are you not happy with the direction your life has taken? We give you some steps to stop and change direction. The opinions expressed by employees are personal. People who are one hundred percent happy with what they have have reached this state not by chance. The reality is that they do not accept…

The entrepreneur encouraged people to work for a better planet. Read for 1 min The founder of Telegram confirms that the world will no longer be the same as before Pavel Durov, Founder of telegramwrote on the social network blog that the current pandemic poses a threat to our entire species and that in the…

Healthy and happy employees are synonymous with a thriving organization. Here are four methods to increase the wellbeing and productivity of your employees. The opinions of the employees of You are personal. Do you want to earn more? Promote wellness The practice of Wellness it’s on everyone’s lips (and in their heads). It is…