Laser Manufacturing offers services for the metalworking, automotive and aerospace industries. His work arrives in the United States and Germany.

Jessica Madrid's dream began in 2011 with zero clients , a collaborator who helped her run her machine and a debt of thousands of dollars. Today his company Laser Manufacturing works precision solutions in laser cutting services, CNC bending, water jet cutting and machining for the metal-mechanical, automotive and aerospace industry, its parts reach the United States and Germany .

Mechanical engineer by profession, graduated from Tecnológico de Monterrey and with studies in Sweden, Jessica began working at her parents' industrial maintenance company. “We discussed a lot because I wanted to implement new things and they didn't agree. So they helped me with 10% (the hitch) of my first machine and lent me a warehouse to start my own business. After three months I had to start paying a debt of thousands of dollars to five years, ”he recalls.

When he started he faced two major challenges, which after eight years he continues to endure. The first is that no bank in Mexico gave him credit, so he had to seek financing with machine manufacturers, some from the United States, Japan and Turkey, and with foreign banks. “I had to get my debts in dollars and export helps me. If I sold in pesos, I was never going to finish paying off my debt, ”he says.

The second challenge is that there are very few women in the metal-mechanic business and she is very young (she started at age 22), so they didn't take her seriously. “At the beginning I had to say that it was not my company, that I worked in the sales area.” Even in Mexico at trade fairs in the sector they have told him: “We don't sell bags here” or “here we only give reports to people who know,” Jessica says about the reactions of people in the industry to bumping into a woman.

Laser Manufacturing started with a small workshop in the La Sierrita neighborhood, in Querétaro, and now has an industrial warehouse on the Mexico-Querétaro Highway where it makes the production of auto parts that it sells as a Tier 3 supplier of BMW, Audi, GM, Mercedes and Bell Helicopter

Laser Manufacturing works as a supplier for three booming industries. The metalworking industry, in which Mexico is the 5th largest exporter worldwide; the automaker, where the country is the first producer of light vehicles in Latin America; and aeronautics, where we are the 7th largest provider in the United States, according to ProMéxico information.

Jessica says she has sought to diversify and therefore her clients are divided into: 30% micro-industrial workshops, 30% medium-sized companies and 40% large. “My clients go from the man who wants a number for his house and can only be laser cut, to the suspension part for cars,” he explains. 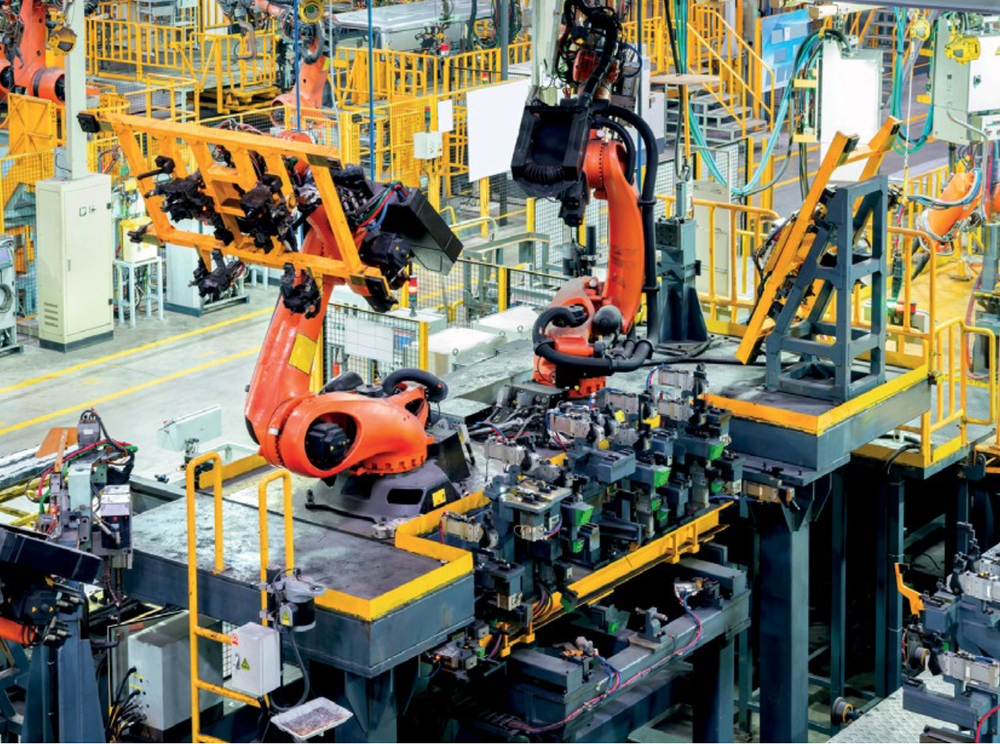 “The perfect time to export does not exist . We are creating with the needs, ”says Jessica, who started without enough money and taking measured risk. Although his company was not born with the goal of exporting, but the industry was leading the way abroad.

Of course, Jessica warns, “you must have a solid foundation.” She did a program at TechBA Montreal, the international accelerator of technology-based companies, where she developed her business plan with a vision of five and 10 years – although she knows that it is impossible to fulfill it 100%, because it is the market marks the step- , and a roadmap or radiography of the company.

In 2013, Jessica was one of 30 nationally selected entrepreneurs to participate in the first generation of the Fit for partnership with Germany program , a five-week training in Westerham, Germany, organized by IHK ( German Chamber of Commerce ) and the Secretariat of Economy, through Inadem.

The program consisted of fine-tuning the company's marketing tools according to the German protocol, visiting German SMEs to learn how they do business with foreign counterparts and conclude with meetings with potential clients to close business.

Regarding this experience, Jessica recalls that the evaluation of the training she received was the appointments to bring investment to Mexico. “It was easier to talk with German companies than with Mexican companies. Here (in the country) I contacted people and it was not so easy to convince them, ”he says.

Three years later, in 2016, Inadem awarded Laser Manufacturing with 500,000 pesos for obtaining the 2nd. place within the three best projects of the Fit for partnership with Germany program. With the money, Jessica gave her company a boost to be more efficient with technology.

Jessica discovered then that networking was fundamental and needed to be more present in exhibitions and commercial missions. So, in 2015 Laser Manufacturing was part of the Mexican companies invited by the IDB ( Inter-American Development Bank ) to participate in the Korea-LAC Business Summit; and in 2017, he was also part of the Mexican delegation that participated in a Bootcamp Latin Asia organized by EDB ( Singapore Economic Development Board ) and PwC ( Price waterhouse Cooper ).

Currently, Laser Manufacturing exports directly mainly to Houston, Texas, and indirectly as a Tier 3 supplier. In the automotive industry the supply chain is part of the OEMs ( Original Equipment Manufacture or original equipment manufacturers) who receive Its raw material from Tier 1 companies, suppliers of original parts, mainly sub-assemblies and with design capacity.

Then there are Tier 2 and 3, suppliers of parts with designs supplied by Tier 1, generally supply basic products and individual parts. To be level three suppliers, Laser Manufacturing has three quality certifications: ISO9001 for any type of organizations; IATF16949, for the automotive industry; and AS9100, for the aerospace industry.

For the latter, his company was selected as one of the 20 to which PROCEI ( Mexico-European Union Competitiveness and Innovation Program ) in conjunction with CIATEQ (Advanced Technology Center, which belongs to the CONACYT Research Centers System) sponsored 80% of the value of the certification.

When she obtained the certification for the aerospace industry, Jessica's company was selected from among 50 companies in 10 states of the Republic that were evaluated in financial matters, machinery, innovation, stability and business scalability.

In that sense, Jessica says that quality is one of the elements that open any door. “The pieces we do end up in a car or a helicopter anywhere in the world, this represents the safety of many families, so they are specialized jobs that carry a great responsibility,” explains the entrepreneur.

Jessica knows that part of her growth has been due to knowing how to meet time and form standards. “When you stop fulfilling your word, you don't get chamba anymore,” he warns. In addition, achieving quality standards involves hard work, as a supervisor visits the industry warehouse to verify how long a piece is made and calculate whether or not the company can comply with the production as requested, if not so, there are penalties.

Another factor that the young entrepreneur identifies fundamental to export is to consider issues such as the payment of taxes and logistics. In your case, your company pays tariffs for the importation of its machines, but as a Tier 3 supplier it does not deal with tariff issues at the time of export. In the same way, their clients take full charge of the transport issue. 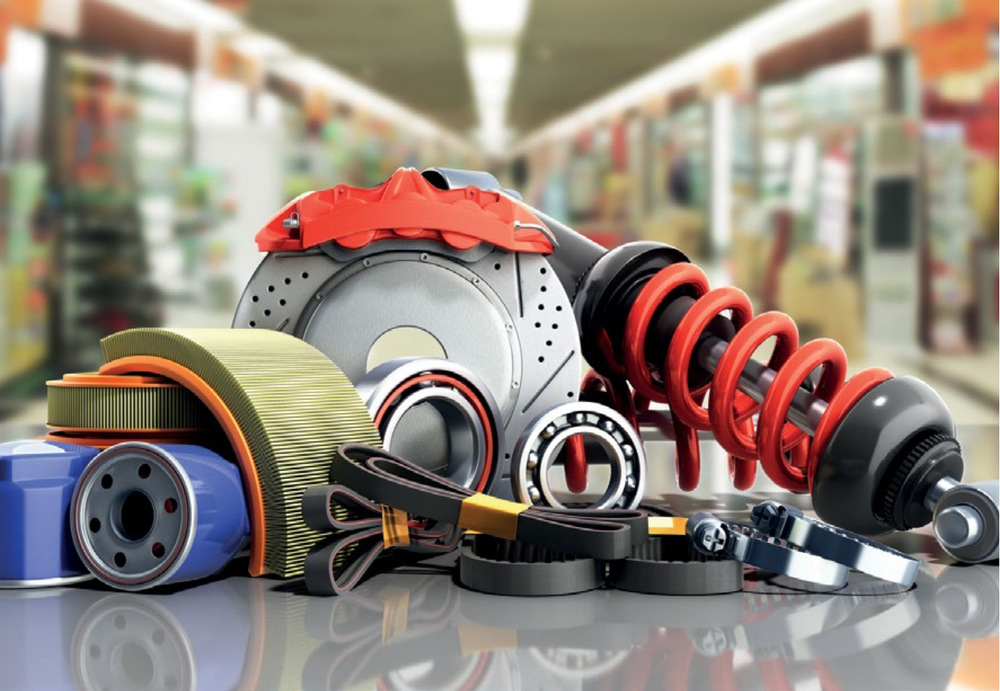 Build your own path

Of the company that started with a person driving a machine , today Laser Manufacturing is made up of 35 employees who seek to make the most of their installed capacity, working all day and night from Monday to Friday. Just thanks to the increase in its installed capacity, says Jessica, its sales tripled in 2018 compared to 2017.

The certifications and the growth in production are also attributed to a whole team, where 57% are engineers, 18% have a technical career related to the industry, 26% have technical baccalaureate studies. Everyone has some type of training by national and international instructors to operate the specialized equipment.

For those who wish to enter this industry, Jessica recommends that they focus on Europe because there is enough willingness and support, they launch competitions where they put money and training to live there. “Europe is very small compared to America, they are looking to attract business and see it as a long-term investment.”

Regarding the future that awaits her company, the entrepreneur points out that she will be in frank growth as has been happening in recent years and she will continue exploring new export destinations because “if one door is closed, another must be opened,” he says.

The opinions of the employees of s You are personal. ship is not easy. It takes courage, determination, planning, proactivity, commitment and problem-solving skills. Do you want to disconnect the bridge? Check out these 5 films that every entrepreneur has to watch at least once If you choose a company, you have to be prepared…

10 min read This article has been translated from our English edition. The opinions of the employees of You are personal. Meet ‘Kris Jenner’ who built a ‘Gossip Girl’ inspired career Nobody knows the charm of gossip Girl as good as Andrew Warren. The 28-year-old is from New York and is the leader of…

There are 5 properties that an investor looks at primarily in order to determine whether or not to invest. This is the first part of this series. 4 min read The opinions of the employees of You are personal. What are investors looking for? Co-founder / founding partner team As we discussed in the…