With an app that gives money loans without checking the credit bureau, Luis and Roberto want to bank Mexicans who don't have financial products, and become the next Latin unicorn.

Roberto Salcedo and Luis Villarreal not only shared the same workplace in a media group , but also the concern of doing a project together in which they could add their background as professionals. In that company, Luis was in charge of the technology area and had been developing software for 10 years, in addition to having undertaken several times. While Roberto was a financial director with 12 years of experience as a corporate banker, and designed strategies to reach people who did not have financial services.

They both liked their office work, but there came a time when the idea of ​​opening a business together began to hover in their mind, and then they began to imagine what they could develop. Roberto had realized that 32% of Mexicans between the ages of 18 and 70 do not have a financial product such as a savings account, a formal loan or a credit and debit card, according to the third National Survey of Financial Inclusion (ENIF 2018).

In addition, Luis knew that the employees of his family's company were requesting money loans or fortnight advances to pay contingencies. One day they began to talk about this situation and realized that it was a real need in the market and that it was an opportunity that they could take advantage of with their experience in technology and financial matters.

And so it was, as they decided to create , an app that gives personal money loans in a matter of minutes from 500 to five thousand pesos. Roberto believes that his biggest competitive advantage compared to other lending platforms and traditional banking is the technology that the app uses to evaluate, grant and collect the credits you can request 24 hours a day throughout the week.

To decide if they give you a loan, Roberto says, this technology looks for patterns of behavior in the transactional information it extracts from your cell phone. This can be calls, messages, emails, applications, accounts, geolocation of your device, and application data that you must fill out to request financing, all in order to know the ability you have to pay the loan.

Best of all, do not consult your credit bureau, although once you make the request you will have to give references from family and acquaintances to make sure you are a reliable person. If approved, they deposit the money in your bank account. And as part of its business model, the startup charges the user a 25% commission on the total amount lent. This means that if you ask for a thousand pesos, you will have to pay 250 thousand, and that commission is the profit generated by the company.

Through this platform, which Roberto defines as a solution that facilitates access to microfinance for people who are excluded from traditional banking, about 11 thousand credits have been granted to the Mexican population. The first loan was given in September 2018, five months after designing the value proposition. 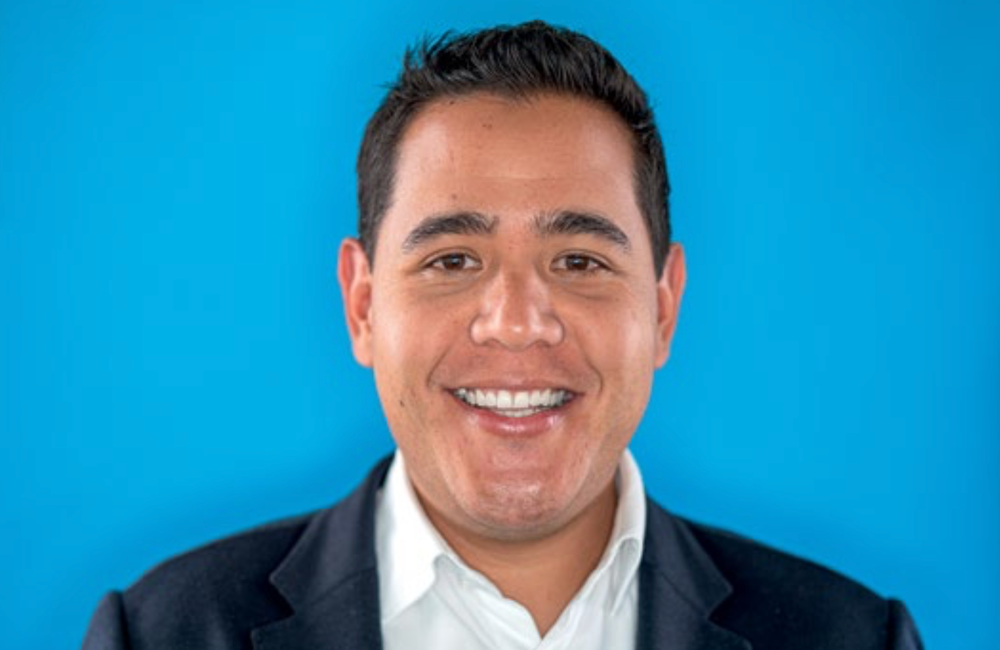 From the beginning the idea was to create a solution focused on financial inclusion and began to develop it even when they worked in the media company with an initial investment of 500 thousand pesos. As they developed the app, they saw that there were already efforts in other parts of the world such as in Africa and Asia to bring this type of services to low-income people.

That gave them the assurance that they were on the right path, so much so that they quit their job. “It was a radical change because there is uncertainty about what will happen,” says Roberto, “I was used to having a stable career, getting my promotions, achieving goals and taking risks.”

From “godínez” to entrepreneurs

But how did they overcome the fear of entrepreneurship? The two young people agree that this fear is overcome only by putting the business idea into practice. “It is now or never,” they both say, and they mean that it is about doing what you have in mind without thinking so much, because the more time passes you will surely find reasons not to.

In fact, Luis planned to devote himself full-time to the family business, but once Baubap was launched, he decided to focus on this company. He tells that the book helped him make this decision.

“The thought for Bezos' future was: If I start today and fail, I will have the opportunity to return to formal employment in five years. But if I am successful, within that time I will have generated much more than if I had not. ”

Once they decided to devote full time to Baubap, the next step was to validate the business idea by bringing to market a Minimum Viable Product (MVP), a premise that sets out the Lean Startup methodology and helps minimize the risk of failure. This MVP was the first version of the prototype that Luis made in about three months, and although at that time he did not give credits, they were able to receive user requests. That's how they found that their idea did have a market.

In the first six hours of being published in the app store, Baubap reached 60 downloads without paying advertising; They only made posts on Facebook, placed keywords and a description on the platform. In a few days they achieved five thousand downloads, which Roberto said, were obtained with word of mouth recommendations.

Until December 2019, more than 150 thousand users have applied for a loan in the Baubap app, and it maintains a high conversion rate, since Roberto assures that 95% of the people who download the app ask for a loan. The first loans were given with the 65 thousand dollars they raised with the help of friends, family and their own savings, but now in their portfolio of investors are 500 Startups, and the accelerator called Silicon Valley, among others.

In September 2019, Luis and Roberto participated in the bootcamp of the Award 2019 powered by Facebook , and were recognized as two of the 60 Rockstars of ship in Mexico. In addition, they will represent Mexico and Latin America at the end of the competition that will be held in Switzerland in April 2020.

The vision that Luis and Roberto have about this business is clear and ambitious, because by 2025 they plan to serve 500,000 active clients in Mexico, while by 2030 they estimate to operate in four Latin American countries with a portfolio of 2.5 million customers. Now they are preparing to continue banking the Mexicans, so that their startup flies and becomes the next Mexican 'unicorn' valued at more than one billion dollars.

The size of the FMELGBT + and Viwala loans range from 300,000 to five million pesos. 3 min read Start of the program “Diverse Financing” for entrepreneurs with LGBTQIA + The Mexican Association of LGBT + s (FMELGBT +) and lender Viwala announced the launch of the Diverse Financing program to increase the financial inclusion…

“If I could do it, you can too.” Find out how to do it. The opinions expressed by collaborators are personal. I have been a millionaire three times in my life. The first time I saw a million dollars in my account I almost passed out. Despite knowing that it was almost reaching that…

As I am sure you know, Mexicans used to rely on a single major television media company and a few newspapers to find out what was happening in the world. Many then Journalists They firmly believed that they had a sacred duty to provide truthful information to help the public stay updated. Definitive guide to…