Monday.com is officially launched in Mexico with the mission of empowering teams to manage their projects, processes and daily work.


Regardless of their size, companies in Mexico have had to adapt to new remote working regulations. One of the challenges of this model is to organize workflows and prioritize the tasks to be performed.

There are various technological tools that teams can use to organize themselves better and increase their productivity. One of them is Monday.com, a customizable operating system that teams use to create and design workflows to plan, execute, and track their processes, projects, and operations.

This platform of Israeli origin works as Software as a Service (SaaS) on the web and adapts to every industry. It is currently used by more than 115,000 teams in 180 countries and is officially launched in Mexico this week.

“We want to empower teams to manage their projects, processes and day-to-day work with confidence and in the way that best suits them. That way, they can focus on making an impact together, constantly innovating or finding solutions to various problems, ”said Carlos Kamimura, Director of LATAM Alliances at Monday.com. 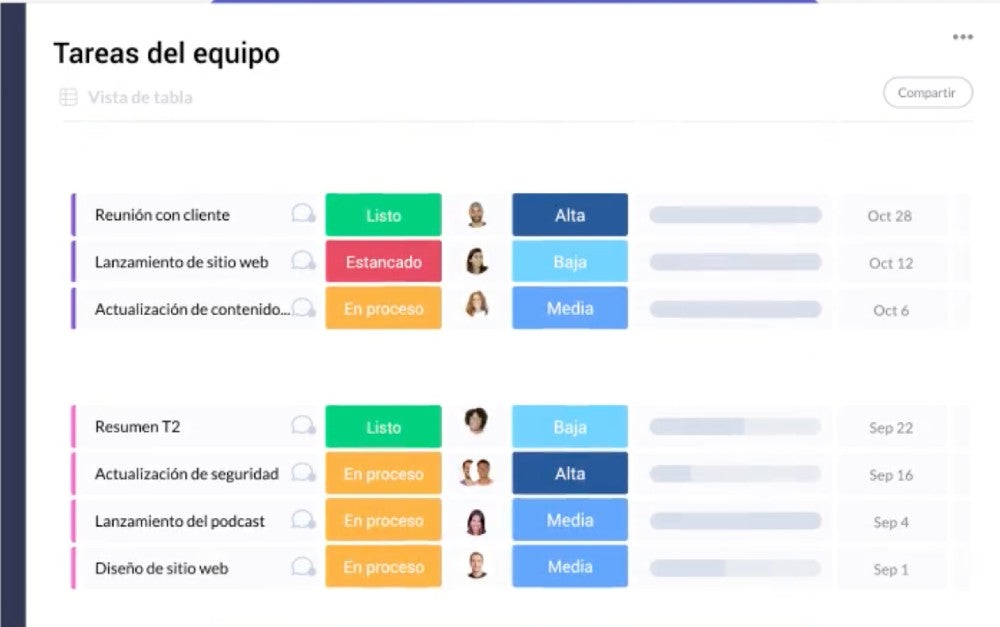 The platform is flexible and intuitive: it works on a scheme of blocks and boards that make it easier to see the progress of tasks and projects. You can even integrate some of the most popular tools in offices around the world such as Salesforce, Microsoft Teams, Zendesk or Zoom into the same space. with just a few clicks and in a single browser tab.

In addition, it has pre-built templates with built-in dashboards and tools that have everything you need to complete the most important tasks of the day. So you can make decisions based on data and in real time. In addition, project managers can manage groups of three to 5,000 people. Monday.com was founded in 2012 by Roy Mann and Eran Zinmann in Tel Aviv, Israel and is now one of the most valuable and fastest growing startups worldwide.

It is currently fully adapted to the national market, available in Spanish and includes a Spanish-speaking customer service and support team, as well as the ability to pay in national currency. It is already used by 3,800 teams in Mexico.

For many entrepreneurs, it is the most difficult to know what information they should pass on to their potential investor. Increase your business, Not your inbox Stay up to date and subscribe to our daily newsletter now! Read for 4 minutes What information should you send your prospective investor before the first appointment? The opinions…

These tips will help you if you are looking to make the professional leap to the Old Continent. February 18, 2020 5 min read The opinions expressed by employees are personal. How do recruitment companies work in Europe? One of the most common mistakes of Latin American candidates seeking to make an international leap…

Learn to give consumers the value they deserve and treat them as guests. You will get their loyalty for life. The opinions expressed by employees are personal. “Create a great experience, customers tell those things. Word of mouth is very powerful. ”–Jeff Bezos, CEO, Amazon. You follow these tips to give the best customer…

These dolls and a Ken with long hair are the innovations of the Fashionistas line this 2020. January 30, 2020 2 min read Barbie , the world's most famous doll brand, announced the arrival of its Fashionistas 2020 line to Latin America where it includes a Barbie with vitiligo , a hairless doll and another…