Apparently this model will have a triple camera similar to that of the Galaxy S20.


Every day there is a new model, new technology and more functions for smartphones. This is one of the industries that have not been affected by the pandemic, and even the latest devices are being launched. For example, Apple and its iPhone SE. Now two pictures appear the possible design of the future Samsung Galaxy Note 20.

Blogger Ice Universe writes about the latest developments in the technological world and was the one who shared the two photos of the supposed smartphone. According to him, the phone will have a triple rear camera, similar to that of the Galaxy Note 10. 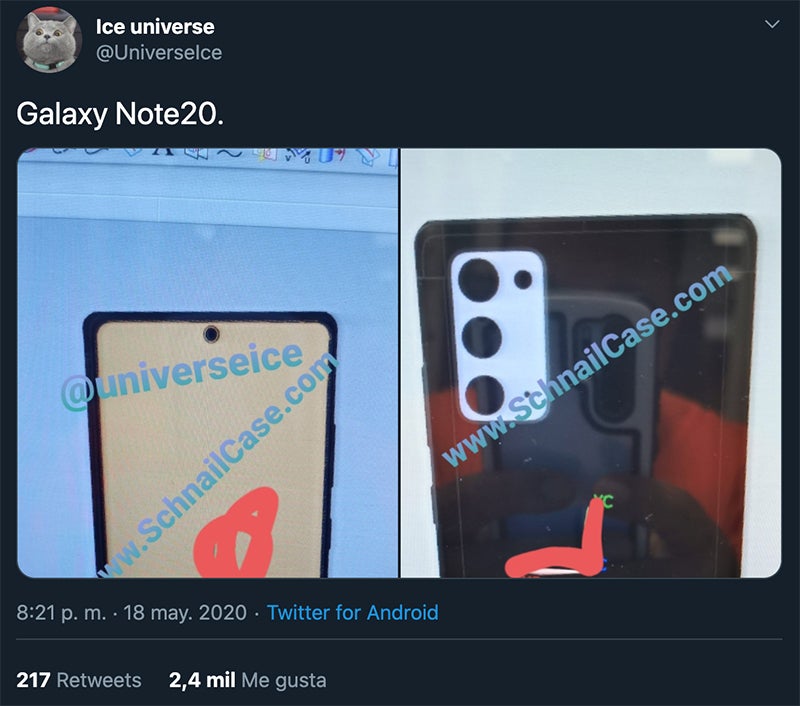 In addition, he assured that the Galaxy Note 20+ will still have it the 108 megapixel ISOCELL Bright HM1 sensor, just like the S20 Ultra. But with an additional sensor for the focus. However, it is likely that none of the models have that 100x digital zoom.

In accordance with Ross Young, Director of Display Supply Chain ConsultantsSamsung, which has been responsible for several technological news, is expected to launch both models, the Galaxy Note 20 and the Galaxy Note 20+, in August this year.