With a wallet, an own cryptocurrency and a social network for investors, Alberto Djemal and his partners want to turn their Bitrus platform into the leading vehicle for companies to make international transfers. They already operate in Mexico and the Bahamas.

It was 2016 when Alberto Djemal bought his first bitcoines like any other fond of criptomonedas, but never imagined it would be the beginning of your venture. The interest and curiosity he had in this area gradually grew larger, as he began to earn money and have good returns with the cryptocurrencies he bought.

At that time, the digital currency industry in Mexico was emerging with few players in the market, although more and more people used them and there were already efforts by the Mexican government to regulate them. Then, Alberto and his partners saw the opportunity to undertake in this sector at the end of 2017 with the Bitrus platform that initially only offered a service to buy bitcoin and other cryptocurrencies.

However, Alberto, who is now deputy general manager of this startup, reports that after the emergence of the Fintech Law, they were able to strengthen their platform with more services associated with sending cryptocurrency transfers using technology without the need for a banking intermediary. Today, Bitrus has established itself as the Mexican cryptocurrency exchange platform where you can buy and sell these currencies. 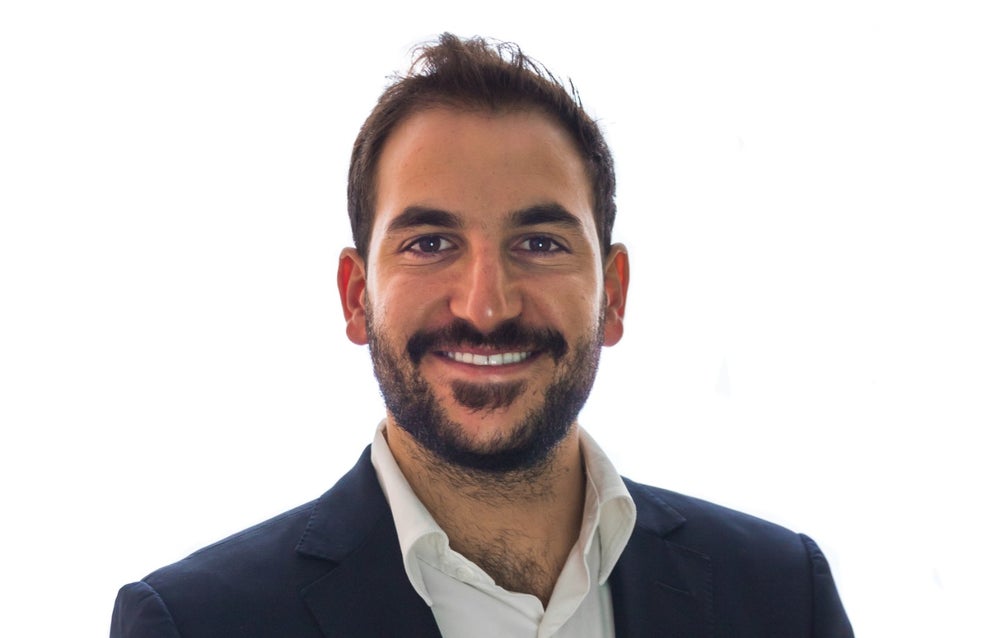 In addition, the startup launched a card called Bitrus Wallet that allows you to open your own bank account without having to go to branches such as traditional banking. With this you can make purchases online and in establishments, immediate transfers between users and other accounts without commissions from your cell phone or computer. You can also make deposits to the card to have funds, pay for services such as electricity, telephone, pay TV, internet or gas and concierge .

Alberto believes that one of the biggest differentiators of this platform is that it serves high-volume clients who are regularly corporate clients. “We want them to have an excellent user experience when acquiring bitcoin and dollar tether (USDT), mainly in high volume, and making their international payments for any of these cryptocurrencies.” But that's not all, as the founding partners of Bitrus also created their own cryptocurrency and an exclusive social network for investors focused on the exchange of digital assets.

The beginning of the story

This firm started with own investment and friends and family, which was used to hire some of the first collaborators and to begin the development of the platform. The founding partners started the business strategically using the Lean Startup methodology . “We were able to reduce development cycles, measure the progress of what was being obtained, adjust the supply of value under the requirements and due understanding of the Fintech Law .”

However, entering this market was not a simple task, especially since they had experience in other sectors such as the marketing of products for the real estate, financial, consulting and dispatch sector. “We have formed a multidisciplinary team together with our collaborators that has allowed us to move forward on the march.”

One of the biggest challenges they have faced is the entry into force of the Fintech Law in Mexico . “It made us rethink the business model, but it was the best thing that could have happened to us, since the emergence of this law opened up a much broader business model than we originally planned.”

For this reason, to all entrepreneurs who want to open a fintech, Alberto warns them that they must prepare and professionalize, as there are two barriers to entry that they will face:

2. Regulatory: The world of cryptocurrencies and Fintech companies have become a completely regulated world, so it is essential to comply with all compliance, technological and many more requirements.

Now Bitrus, according to Alberto, is preparing to consolidate itself as a vehicle for companies that want to make international transfers effectively, through blockchain technology that makes the circulation of bitcoin and other cryptocurrencies possible. “We are doing a very thorough internal planning of our entire business model to continue growing,” says Alberto, “because there are many regulatory issues that we must face and resolve before we can carry out everything we want.”

Not all routers have the same technology. As a result, the signals overlap and your WLAN is impaired. Increase your business, Not your inbox Stay up to date and subscribe to our daily newsletter now! Read for 4 minutes Place the WiFi router at home for better coverage and speed It has happened to all…

It is alarming that the Mexican population saved an average of only 70,000 pesos for their retirement. Increase your business, Not your inbox Stay up to date and subscribe to our daily newsletter now! Read for 5 min How to check your afore online The opinions of the employees of s You are personal. Early…

Mexico is the country where this gap is deepest in Latin America. March 13, 2020 1 min read The opinions expressed by collaborators are personal. Infographic: The crack gender salary Gender equality is an issue that is gaining strength worldwide every day . According to the latest figures…

7 min read This article has been translated from our English edition. The opinions of the employees of You are personal. 4 tips for choosing an effective company name The keywords of your choice are in high demand. Your company name options are original. Make sure your keywords are legally available. Your options are…

This story originally appeared on GOBankingRates By Caroline Banton with Gabrielle Olya How these 15 very successful people stay happy and healthy It’s not a secret that people like Warren Buffet and Oprah Winfrey They are super achievers in the business world and have amassed both great fortune and fame. However, many wonder what exactly…