Banco Santander announced the presentation of the Business Innovation Award, which this year recognized five university initiatives with a value of 1.6 million pesos, ranging from an implantable cornea to a marine bioreactor to care for the reefs to the use of polluting gases as an energy source through early cancer detection Temperatur and a team to make sustainable medical apparel.

Virtually and with the participation of the Executive President and General Manager of Santander Mexico, Hector Grisi Checa; Enrique Graue, Rector of the National Autonomous University of Mexico; and Jaime Valls Esponda, Executive Secretary of ANUIES; as well as the finalists and judges; The 15th edition of the main prize was presented to promote entrepreneurship among university students, which has given away a total of pesos 24 million in prizes since its first edition.

Héctor Grisi, Executive President and Director of Santander México said: “In the current context and when university students need it most, we have not given up our commitment as the institution that most promotes higher education and university entrepreneurship. An example of this is that 1,300 projects by university entrepreneurs from all states of the republic took part in this year’s call. This has contributed to the projects we have received since we launched this award in 2005 and brings us closer to 12,000 projects created by more than 37,000 students from public and private higher education institutions across Mexico.

“This year we have awarded scholarships to nearly 30,000 young people in a variety of subjects, all through digital platforms as part of this ‘new normal’. Of those scholarships, nearly 12,000 have focused on entrepreneurship so we can help students develop personal skills that are essential for successful entrepreneurs, ”said Grisi.

During the event, the first three places in the Idea category were awarded:

1st placeWith a prize money of 300,000 pesos, the project was: Bifrost Biotech: Developing, through biotechnology and tissue engineering techniques, a corneal equivalent that is implantable and fulfills the functions of a conventional cornea, helping to meet the demand for cornea for transplantation. The team members are: Hugo Arian Marin Tapia, Daniel Luna López, Celeste Gabriela Castellanos Rodríguez and Javier Estrada Ramírez from the Autonomous University of the State of Mexico. 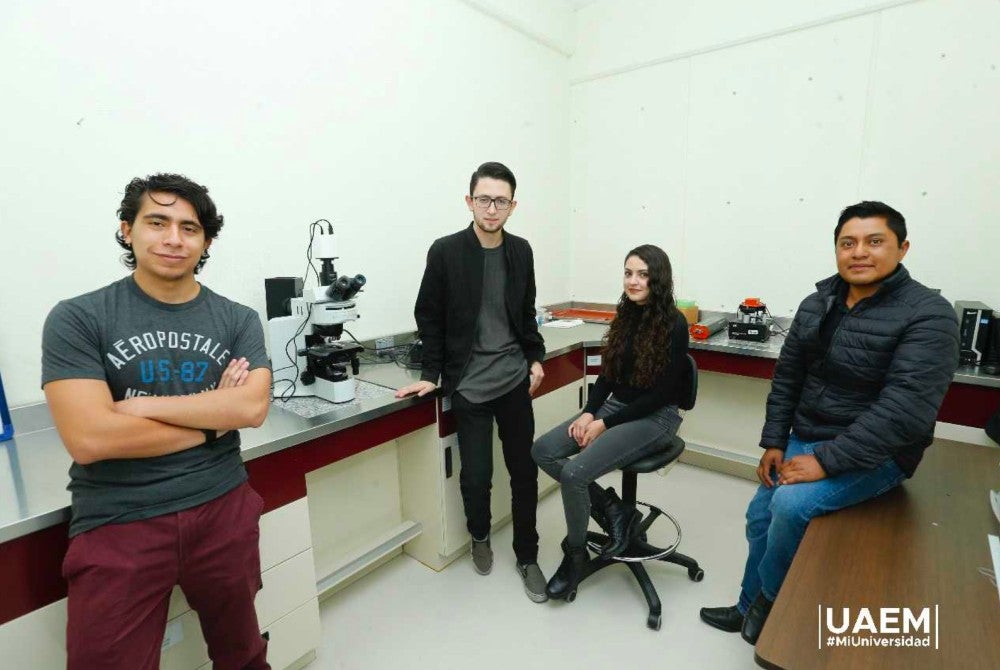 2nd placeWith a prize money of 200,000 pesos, the project was: PythO: Marine bioreactor that optimizes the absorption of CO2 to mitigate the effects of acidification in reef areas and creates a biomaterial that can be used to make various materials and create a circular economy. The team members are: Jazmín Salazar Barrales and Fernanda Basurto Flores from Tecnológico de Monterrey.

3rd placeWith a purse of 100,000 Pesos the project was: Carbon Power Mexico: Conversion of harmful gases into energy and substances for consumer goods. The team members are: Sara Zetune from Tecnológico de Monterrey, Daniel Cano Jiménez and Eduardo González Cervantes from the National Autonomous University of Mexico.

The Santander Corporate Innovation Prize is part of the Programs in Support of Higher Education launched by Santander through Santander Universidades, the bank’s main social responsibility program, which promotes a wide range of grants through its Becas Santander portals .com and SantanderX .com, including courses that enable young people to develop both soft and technical skills that are essential to the job market, as well as the education necessary to become entrepreneurs.

Adam Enfroy explains how he used startup growth tactics to turn blogging into a full-time (and lucrative) job. 5 min read The opinions of the employees of You are personal. Here’s how to scale your blog like a startup According to an article by New York Times95% of bloggers fail. Obviously, blogging advice doesn’t…

The models refer to two items found in Mexican offerings: papel picado and marigold flowers. 2 min read Tennis inspired by the day of the dead? This is the new Nike collection This story originally appeared on Unknown Mexico According to Nike, the models are inspired by the consistent colors of offers across Mexico. With…

5 min read The opinions of the employees of You are personal. Influence of agility on organizational wellbeing Flexibility and organizational wellbeing go hand in hand. We are specifically referring to human resource agility as it focuses on caring for employees, collaborating and achieving more productive and agile businesses by increasing their teams’ satisfaction….

Users of MyEtherWallet, a wallet app for Ethereum, will soon be able to purchase a .crypto domain from the wallet interface. Unstoppable Domains , a company hoping to unveil the decentralized domain type, partnered with the wallet provider. Announced on April 23, the integration with MyEtherWallet would allow the domain provider to access the wallet's…

Read for 10 minutes This story originally appeared in the World Economic Forum The 25 young scientists trying to save the world By Alice Hazelton, Program Director, Science and Society, and Martha Chahary, Director, Young Scientists Community of the World Economic Forum The COVID-19 crisis has highlighted the crucial role of science in society. Science…