By Stéphanie Chevalier Naranjo In collaboration with Statista in Spanish.

According to the results of the World Innovation Index 2020, which is compiled every year by the World Intellectual Property Organization (WIPO), Chile is one of the most innovative economies in Latin America. Of a total of 16 countries assessed in the region, Chile has a score of 33.9, followed by Mexico with 33.6 and Costa Rica with 33.5.

However, the study shows that Latin America continues to be a region with significant imbalances in terms of innovation. This edition’s report highlights that, despite some encouraging initiatives, public and private investment in research and development is low and that the use of intellectual property systems has not yet started. Proof of this is that Chile and Mexico, the innovation leaders in the region, only appear in 54th and 55th place respectively in the world rankings.

Mexico is one of the few Latin American countries that managed to improve its ranking compared to 2019 when it finished 56th. According to this study, the Aztec country is the world’s largest exporter of creative goods. 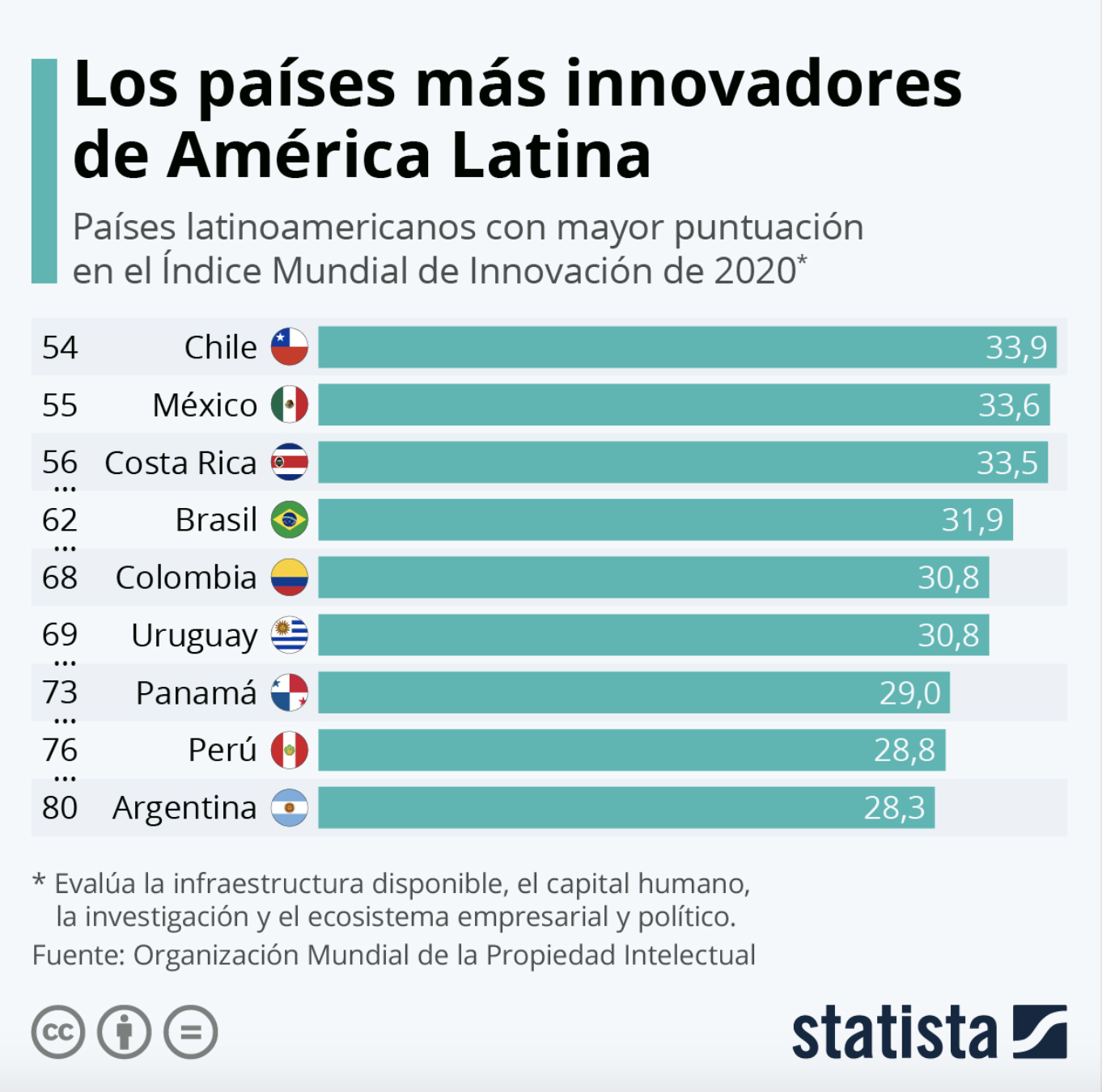