McKinsey management consultancy asked several Global CEOs What are the books, fiction, and non-fiction they read these days. Here we present you the selection of the leaders of five technological monsters. Let them inspire you to choose your next reading. 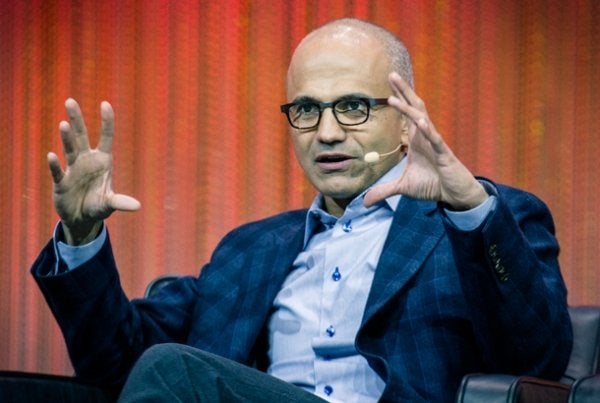 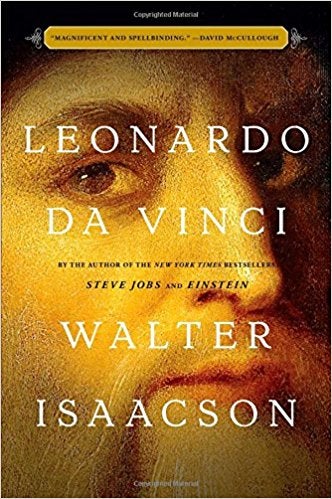 Based on Da Vinci’s amazing notebooks and new discoveries about his life and work, Isaacson interweaves a narrative that combines the painter’s art with his science to show how Leonardo’s genius is based on skills we can improve ourselves. like a passionate curiosity, careful observation and an imaginative imagination. 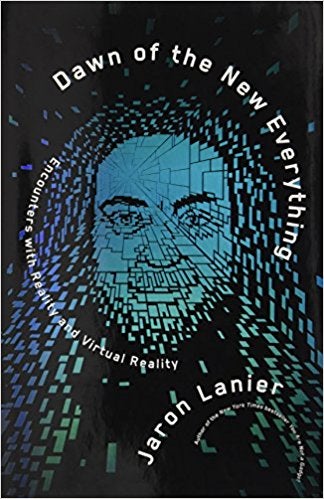 VR’s father tells the wild story of his personal and professional life as a scientist, from his childhood in New Mexico to the loss of his mother and his life as a world-renowned tech guru.

Jaron also reflects on his own relationship with technology, bridging the gap between his technological mania and the experience of being in the human body. Overall, this book is a look at what it means to be human in an age of unprecedented technological possibilities, and offers readers a new perspective on how the brain and body connect with the world. 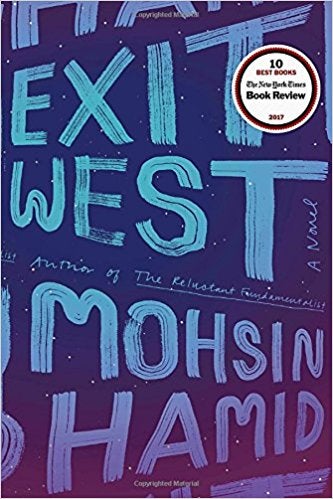 It tells the love story between Saeed and Nadia, two young men in an Arab city full of refugees, but still in peace or at least not in open war. He is very religious and flirts with the idea of ​​marrying a virgin; She is more independent, lives alone and works for an insurance company.

Little by little, the war inevitably comes to the city through fanatical militants. then it becomes a dangerous place where bombs randomly kill friends and family.

Saeed and Nadia, who dream of seeing other places, soon discover that to survive they have to flee the city and become just another refugee and immigrant. 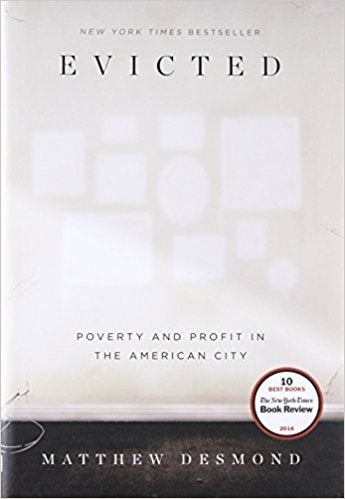 The 2017 Pulitzer Winner in the general non-fiction category tells the story of eight poor Milwaukee families struggling to keep a roof over their heads.

Evicted seeks to transform our understanding of poverty and economic exploitation while providing new insights to solve one of the most devastating problems of the 21st century in America. His scenes of loss and hope remind us of the importance of home, without which nothing is possible.

Reid Hoffman, co-founder of LinkedIn and a partner at Greylock Partners 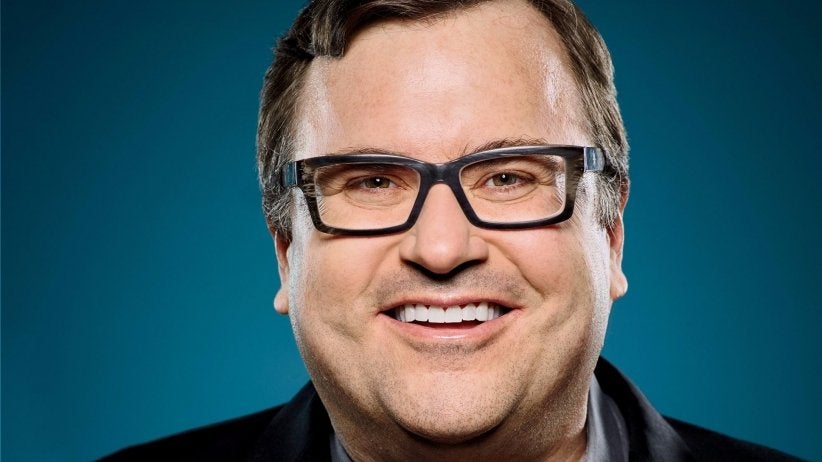 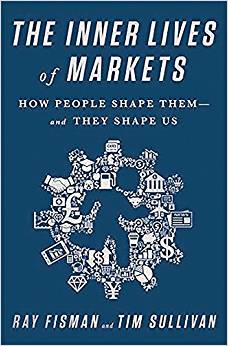 In the past 25 years, things have changed. If you’ve ever shopped online or used Uber, you’ve surely seen this revolution. Amazon and Uber have modified old business models to make the economy run better with technology. But in this somewhat ironic book, the authors show that the revolution is bigger than the technology because the markets are really changing.

A must-see book in the modern world, this book shows how we work, live and shop. It offers ideas on how we can do better. 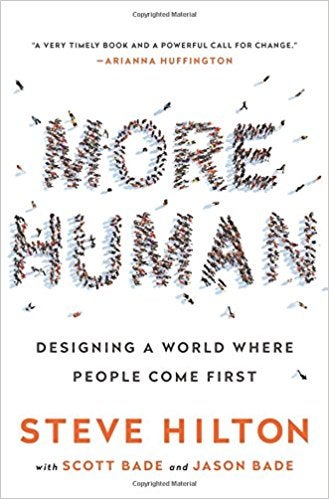 In this book, the author argues that much of our daily experience, from what we eat and how we take care of our health, to the governments we choose, has become too bureaucratic and too far removed from the human scale . So he’s creating a radical manifesto to change things that targets the causes of our problems, not just the symptoms.

This book is an agenda to rethink the outdated systems and structures of politics, economy and society and to redesign them to make them more human. 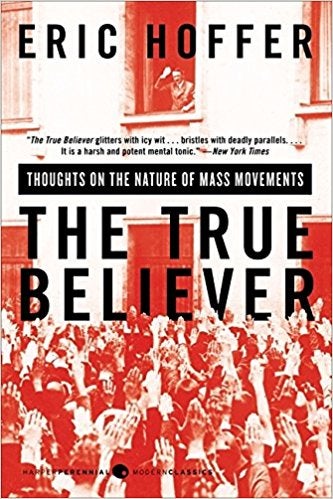 Here Hoffer analyzes the psychological causes of fanaticism. Explain the motives behind mass movements and how they begin, progress, and end. It also examines what similarities exist between them, whether they are religious, political, radical or reactionary. The author argues that even when their goals differ, mass movements tend to attract the same types of followers, behave in the same way, and use the same rhetorical tools and tactics, so the patterns he describes are universal. Is it morally good to have 50,000 followers on Twitter? Is the ambition to create a corporate brand loved by millions very different from a cult? You’ll find the answer here. 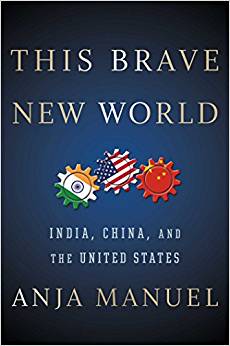 In the next 15 years, China and India will be two of the most powerful nations in the world, and Asia together will outperform North America and Europe in terms of economic power, population size and military spending. In addition, both India and China will have vetoes on many international decisions, from climate change to global trade to human rights and business standards.

From her position as a consultant to American business leaders, Anja Manuel accompanies the reader on an intimate journey through the corridors of power in Delhi and Beijing. Vivid stories show how both countries are working to overcome daunting challenges, from the oppressive poverty of Indian slum dwellers and Chinese factory workers to corruption scandals and public dissatisfaction. The author also shows us that it is possible to have China and India as allies. 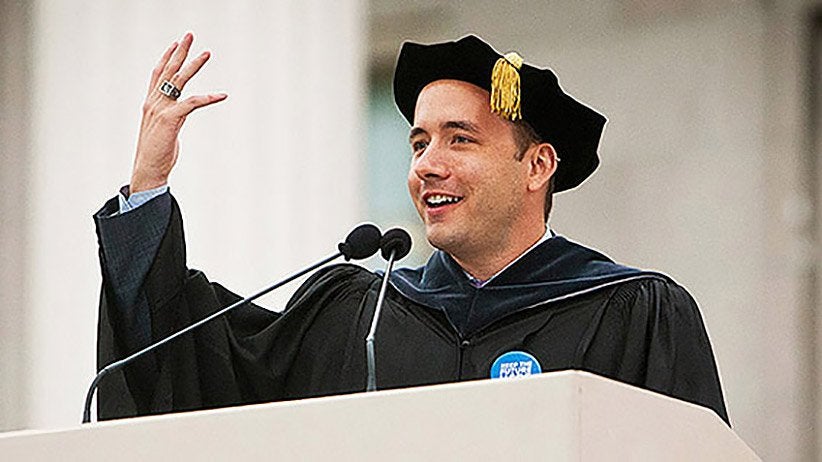 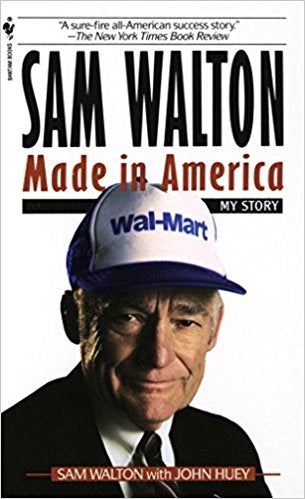 The Walmart founder tells his story in his own words. He is really humble but always confident of his ambitious accomplishments and shares his thoughts with a story rich in anecdotes. This book is about entrepreneurship, risk, and hard work. knowing where you want to go and being ready to do what it takes to get there. It’s a story about believing in your own ideas even when other people may not. 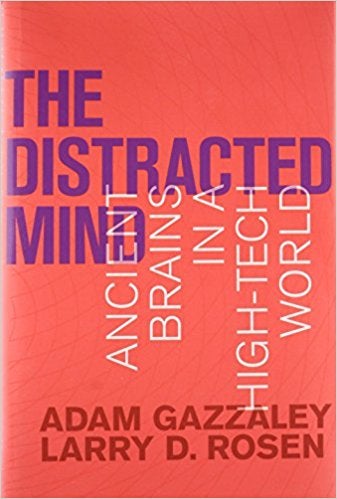 Most people are obsessed with their devices. He prides himself on his multitasking ability to read email, reply to text messages, check Facebook, watch a video, talk on the phone, and drive. In this book, the authors explain why our brains weren’t made to multitask and suggest better ways to live in a technological world without sacrificing technology. 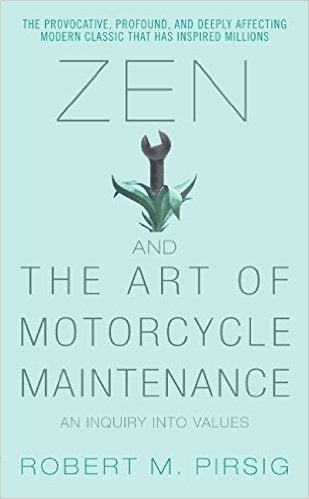 Hailed as one of America’s most exciting books, this book became a bestseller in 1974, transformed a generation and inspired millions. This updated edition includes an introduction from the new author and a guide that includes topics for discussion, an interview with the author, and documents detailing how this book was created.

The book tells the motorcycle trip in summer that a father and his son took. It is full of fundamental questions about how to live and how to balance science, religion and humanism. For many, it is moving and transcendent reading about life. 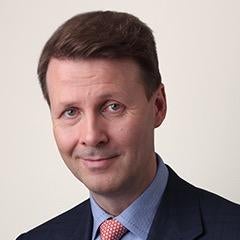 He is also the founder and chairman of the board of F-Secure, a cybersecurity company. 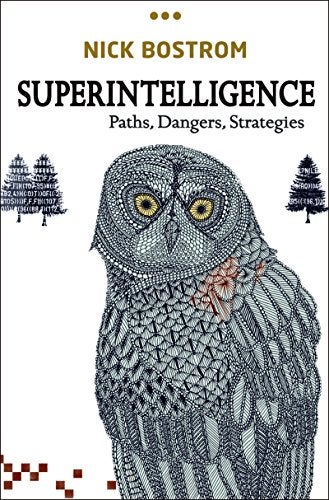 The human brain has capabilities that other animals’ brains do not, and therefore humans are more intelligent. But if the brains of machines one day surpassed the human brain, their super intelligence could become very powerful and replace humans as the dominant form of life on earth. The result? An existential catastrophe for humans. 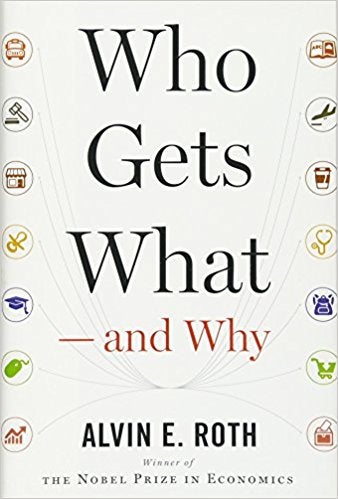 Most of the economy deals with commodity markets, where the price of a good binds sellers and buyers, but what about other types of goods, like a job on Google? This is the realm of “matching markets” where price is not the only factor that determines who gets what.

Alvin E. Roth is one of the world’s leading experts in matching markets. He’s even designed several of them, like the exchange that puts medical students in dormitories and the system that increases the number of kidney transplants through better coordination of donors with patients. In this book, Roth reveals the hidden matching markets around us and shows how to spot a good match and make smarter and safer decisions.

In 1942, Lawrence Pritchard Waterhouse, a mathematical genius and captain in the US Navy, worked with British specialists from the Betchely Park military base to decipher the secret codes of the powers on the Berlin-Rome-Tokyo axis. Sixty years later, his grandson’s company – veteran crypto hacker Randy Lawrence Waterhouse – plans to create a new data haven and the greatest advocate of computer freedom: the crypt. 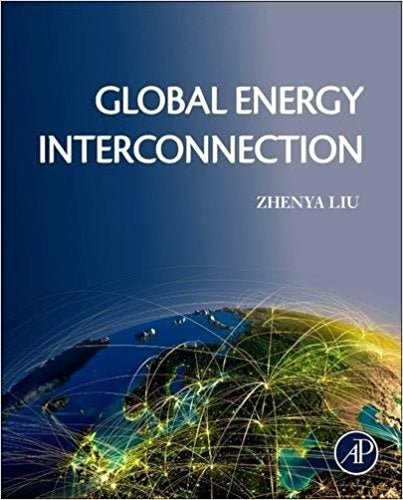 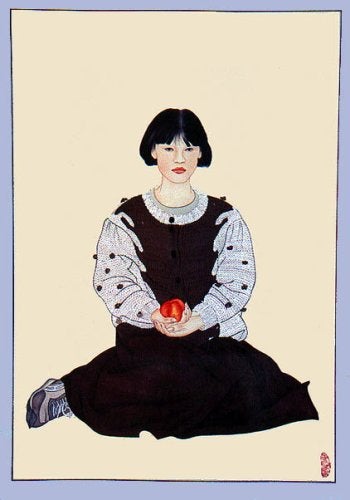 It tells the story of an ordinary girl named Fa Mulan and her bravery to save her family’s honor and her father’s life. 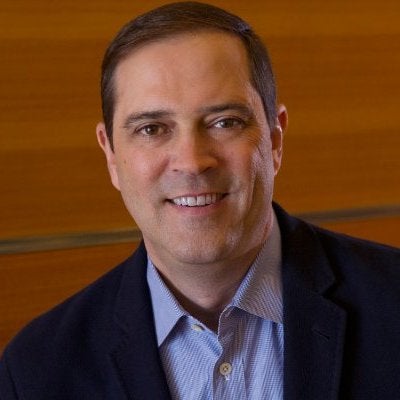 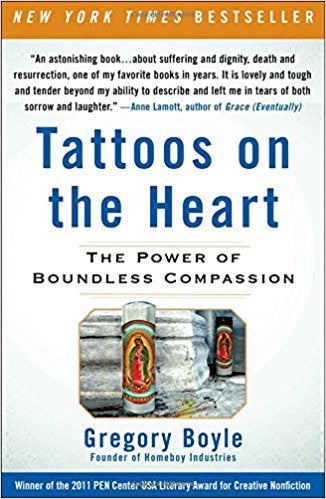 This book is an urban account of Father Gregory Boyle, pastor, activist, and renowned public speaker, who demonstrated through his 20 years of experience in a gang prevention and intervention program in the Boyle Heights neighborhood of Los Angeles – also known as Gang Capital of the World remarkable power of unconditional love. This book is a motivational look at remaining faithful despite failure and restoring yourself with boundless love. 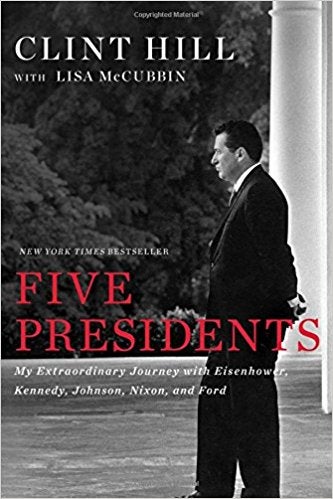 Best selling author Mrs. Kennedy tells me her story of 17 years in the secret service of Presidents Eisenhower, Kennedy, Johnson, Nixon and Ford.

Clint Hill accompanied the world’s most powerful men through troubled times in American history: the Cold War, the Cuban Missile Crisis, the assassinations of President Kennedy and Martin Luther King, the Vietnam War and Watergate, and the resignations of Vice President Spiro Agnew and President Nixon.

Their stories will shed new light on the character and personality of each of these five presidents as Hill witnessed their human aspects in the face of serious decisions. 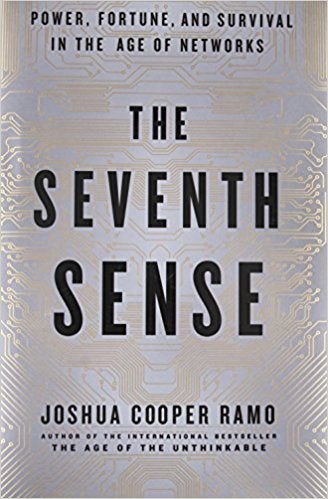 In this book, Joshua Cooper Ramo, author of the bestseller The Age of the Unthinkable, shows us a powerful way of looking at the world. The Seventh Sense deals with what all powerful personalities today see and feel: forces that are invisible to most of us but explain everything from explosive technological change to disruptive political issues. The secret of power now lies in understanding this new era based on networks, not just the Internet, but also trade, DNA and financial networks.

Ramo draws on his experience as a consultant to CEOs and politicians and brings us to the heart of networked systems. He teaches us what leaders who have won in this era know and what the losers still don’t see.

This book promises to change the way you see the world and gives you the power to change it.

There is no doubt that NFT or non-fungible tokens They are the hottest trend in the crypto community right now. From celebrities to well-respected companies, everyone is talking about starting their own NFT. But not all NFT They are the same: while some are worth a fortune, others can be practically useless. Let’s take a…

The actions Berkshire Hathaway, an investment group led by Warren Buffetthave reached such a high price that the computers of Nasdaq You cannot grasp their price. The company stopped submitting the offer as of Tuesday and there is no information about it on its official website as of today. Last Tuesday, the von Buffet company…

6 min read The wine and spirits industry is one of the most important in Mexico. According to the National Institute of Geography and Statistics (Inegi), it is involved in essential activities in key sectors such as the tourism sector, which has made an average contribution of 8.5% to the country’s total gross domestic product…

It was known that Steve Jobs said the sentence of at the end of his Apple presentations “one more thing”to indicate that there was a surprise product. This tradition has now been continued with his successor Tim Cook especially for the introduction of the Apple Watch. So what’s the problem? Apple tried to patent the…

Original note published in G2 Consultores If we want an investor to be interested in our project or company, we must a Pitch deck, a sales technique – usually in Power Point, Google Slides or Keynote– which summarizes in a short visual presentation your company’s mission, your business plan and its vision for growth, ie…