There are those who tell us about kilometer eaters. I would say, before we devour kilometers, we devour life experiences. We do it while we train at dawn and watch the sunrise or when we participate in a mountain race, when we go jogging on the beach at sunset or when pain and fatigue want to stop us, but in the end we reach our goal. Running is a unique way to get to know the world better.

To fully live this experience We recommend these 10 routes of Mexican paradisesthat many runners also use as a long-distance training method, such as the next marathon in Mexico City to be held on August 26th. 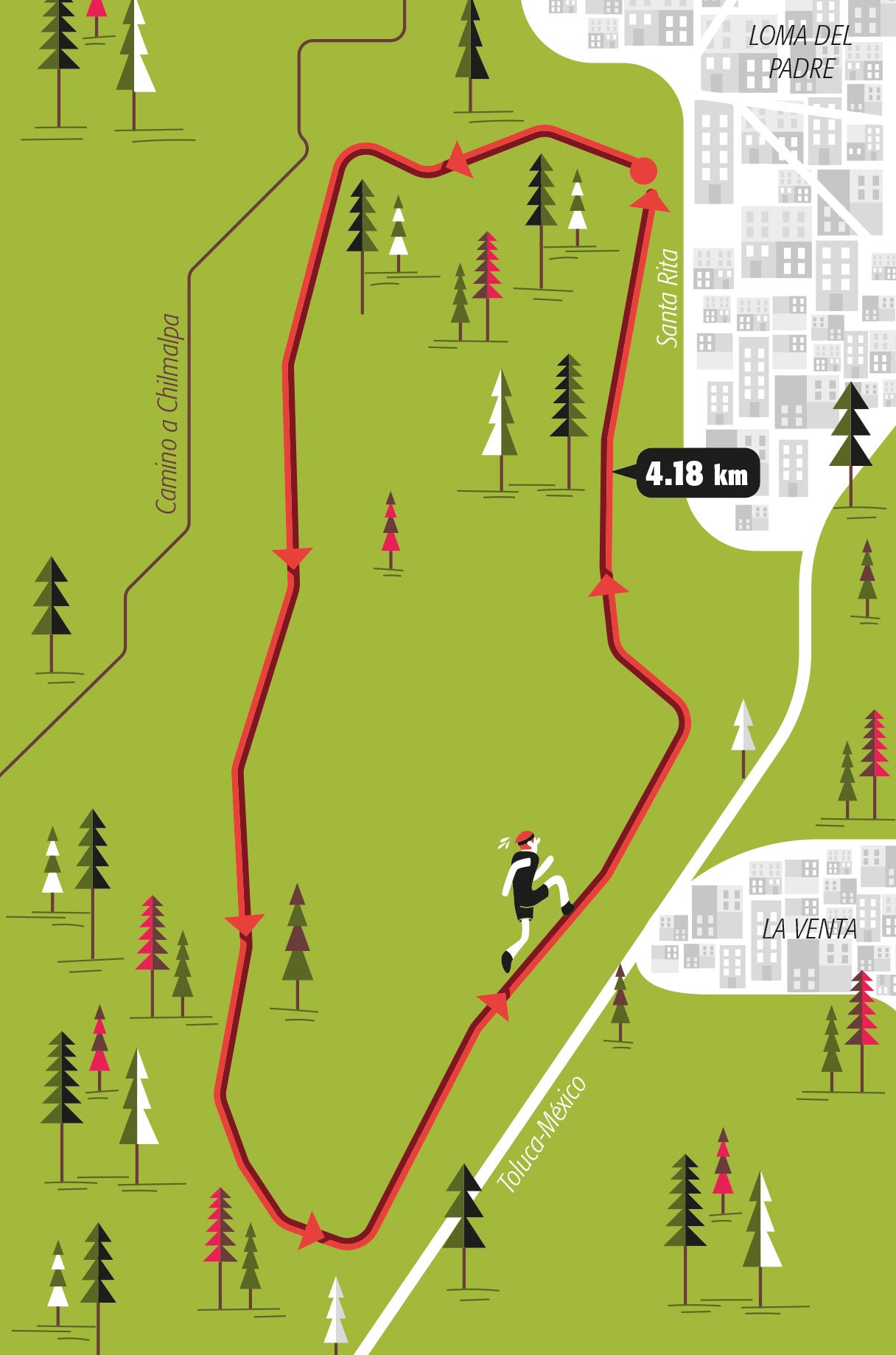 It is one of the most beautiful places in the country for its majestic vegetation, which is imposed more than 20 meters high. You don’t need a hat or sunscreen here, just your sports clothing and, if at all, a jacket if you go very early.

The passage of the sun’s rays is exactly what is needed to illuminate the area, as the huge plantations of okotes, oyamel, ash and pine give you shade and a unique aroma. You can train in different ways: The longest route is 4 kilometers long and includes small ascents and descents. You can also do repetitions in the flat areas. 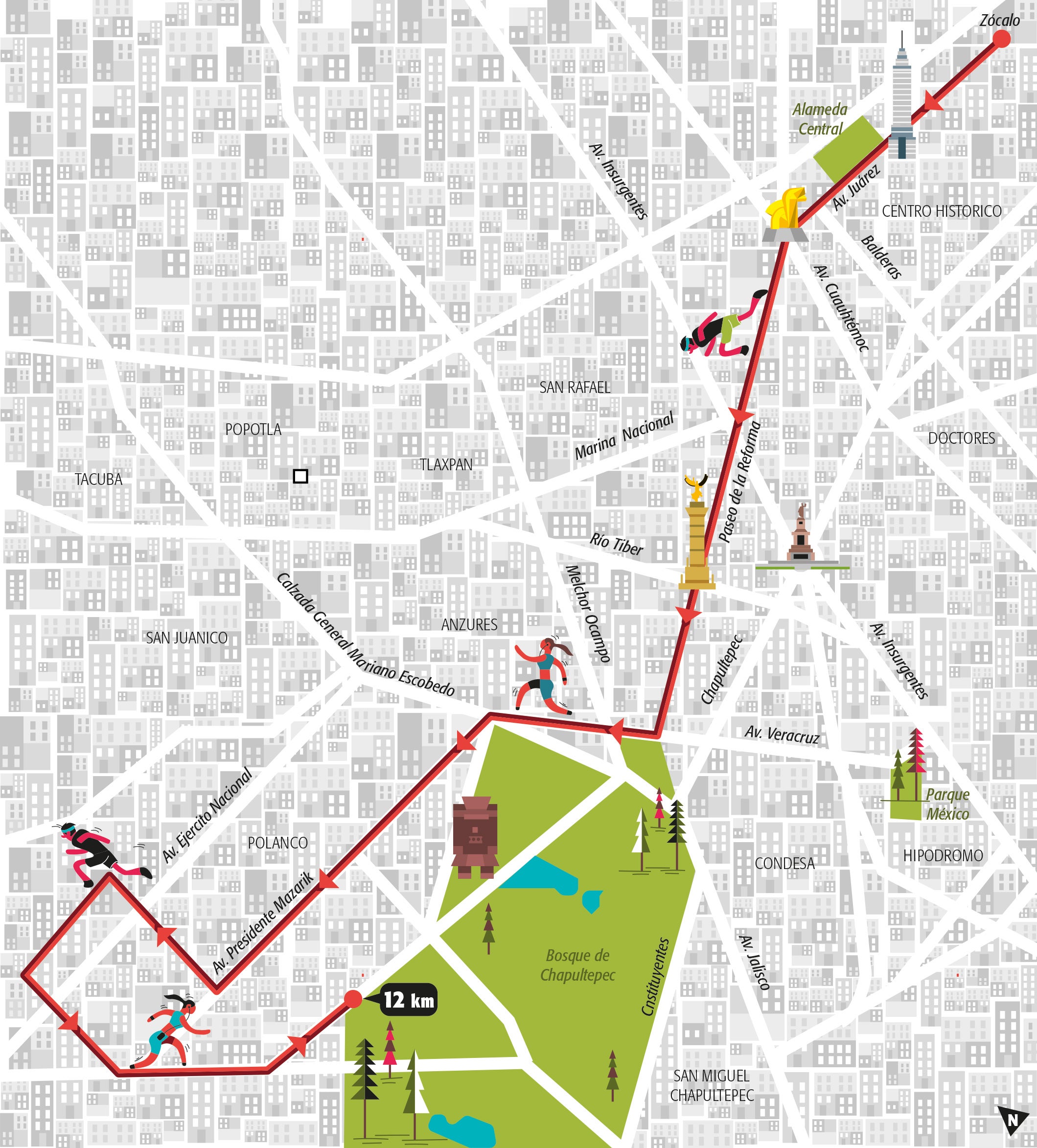 This route is part of the route that runs through the Mexico City Marathon, and it’s a place that can be enjoyed in several ways. My suggestion is: start at Zócalo, follow Madero to Glorieta del Caballito, turn towards Reforma towards Polanco and experience the feeling of walking on Mexico’s main street.

Arrived in Mariano Escobedo and then passed into Masaryk, this road was rebuilt for a few years and is very runner friendly. Arrival in Polanquito and continue to return to the Paseo de la Reforma. When you’re done at the National Auditorium, you’ve covered 12 kilometers. 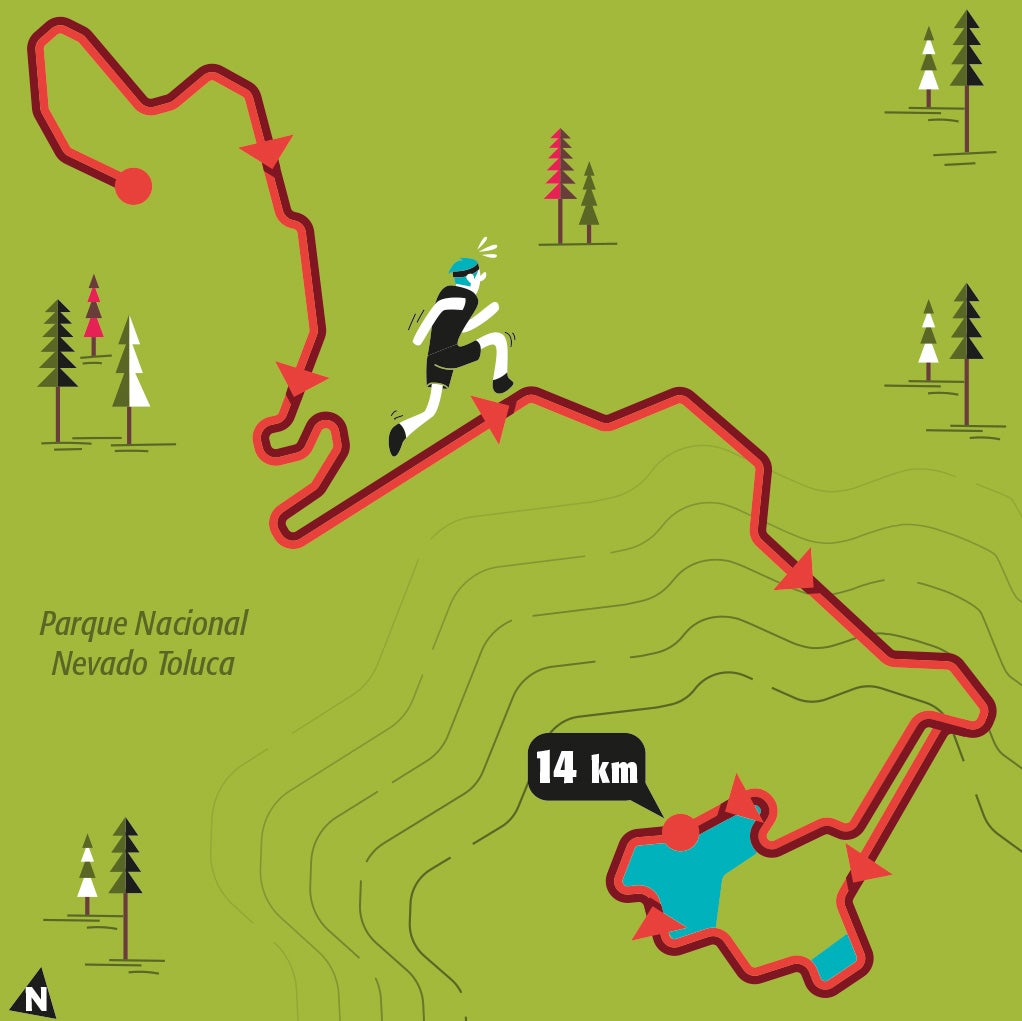 A must for a marathon. Its slopes, height and complexity of the terrain make it an ideal place for training courses. This volcano, whose original name is Xinantécatl, is one of the most popular places for runners in the country.

There are at least three options: one, from the Los Venados stand to the Lagunas del Sol and La Luna, which you can use to travel 26 kilometers if your trip is a round trip. It is five kilometers when you arrive at the last stop by car and eight kilometers when you start from the telecommunication towers. Make sure you bring clothes for the cold, and it will be unforgettable to see the snow-capped peaks of El Águila and El Capitán.

It is located in the Iztaccihuátl National Park between the volcanoes Iztaccihuátl and Popocatépetl and is a place where runners and mountaineers meet.

Hernán Cortés passed this place almost 500 years ago when he arrived in the Valley of Mexico before conquering Tenochtitlán. Hence the name Paso de Cortés.

The training we suggest starts at this location, about 20 kilometers from Amecameca and a few hours from Mexico City. From here you can walk about eight kilometers to the La Joya viewpoint, which is almost 3,700 meters above sea level.

If you need more strength, continue four kilometers until you reach the hostel, which is 4,800 meters above sea level. 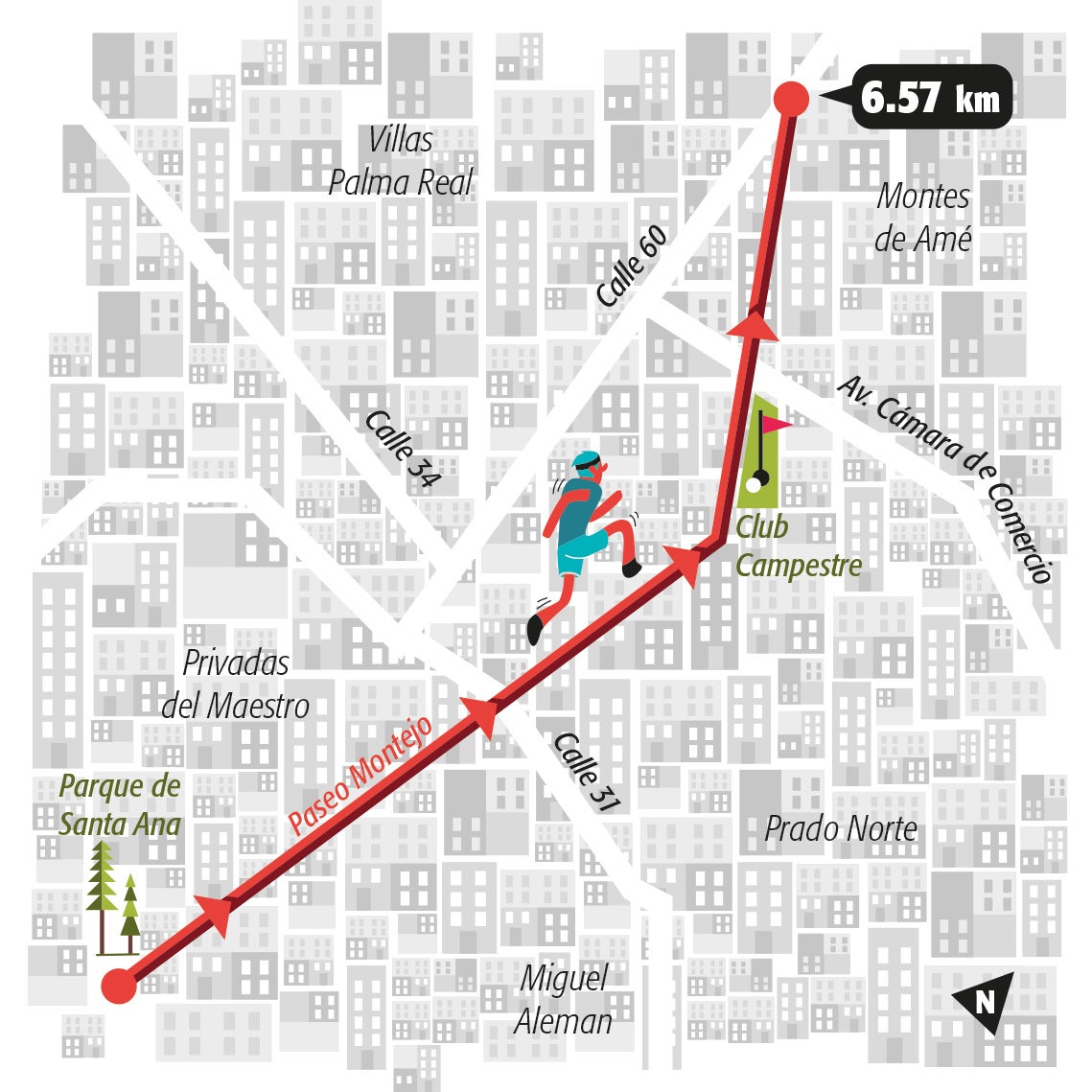 It is a small avenue, but the most beautiful in Mérida. It was built in the early 20th century, is 43 meters wide and almost two kilometers long and is home to the oldest houses in the city, museums, banks and houses with old legends.

Since it is a very small route, we recommend that you include the slightly more than four kilometers long Paseo Montejo prolongation in your tour and even go jogging in the historic center of Mérida, which is just a few streets away.

The course gained momentum after the international organizer of the rock’n’roll races of the Maratahon series Merida had taken on its world route. 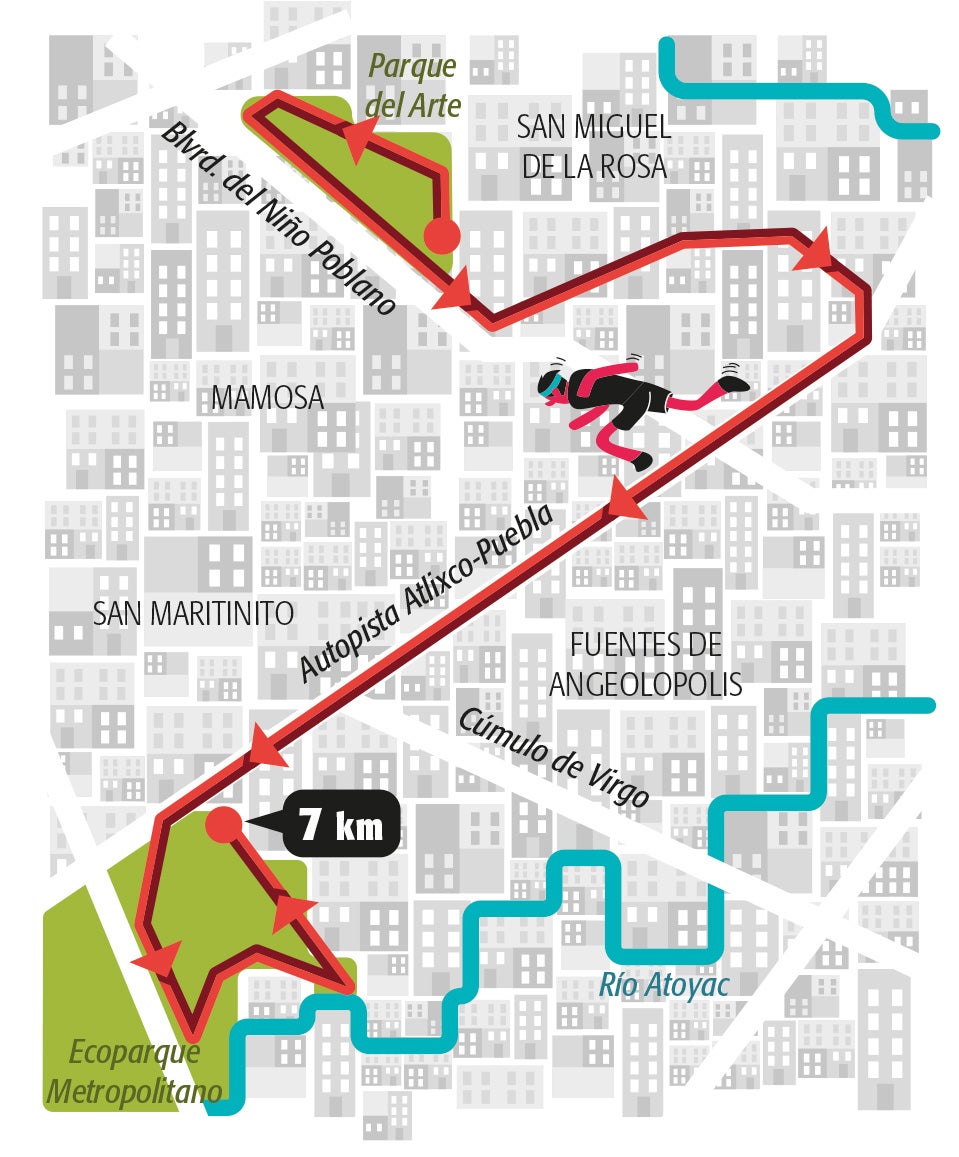 Puebla has undergone some changes in recent years and if you want to get to know them it is a great option to drive this route.

The route we propose begins with a visit to the art garden in front of the Iberoamerican University. From there, take the Linear Park and follow its three and a half kilometers along the Atlixcáyotl Boulevard to the Ecopark.

This space is part of the Angelópolis area and has become a space that is frequented by cyclists, runners and some students from Tec de Monterrey, BUAP.

This is one of the most beautiful pillars in the country on the Álvaro Obregón promenade in the capital of Baja California. Whether you are a runner or not, it is a must for its spectacular sunset landscapes.

It measures almost 4 kilometers, so you can do a good rep or distance training if you do a few laps around the 10 bronze marine sculptures.

The promenade was inaugurated in the 1920s, but got its name in 1928, shortly after the murder of former President Álvaro Obregón. 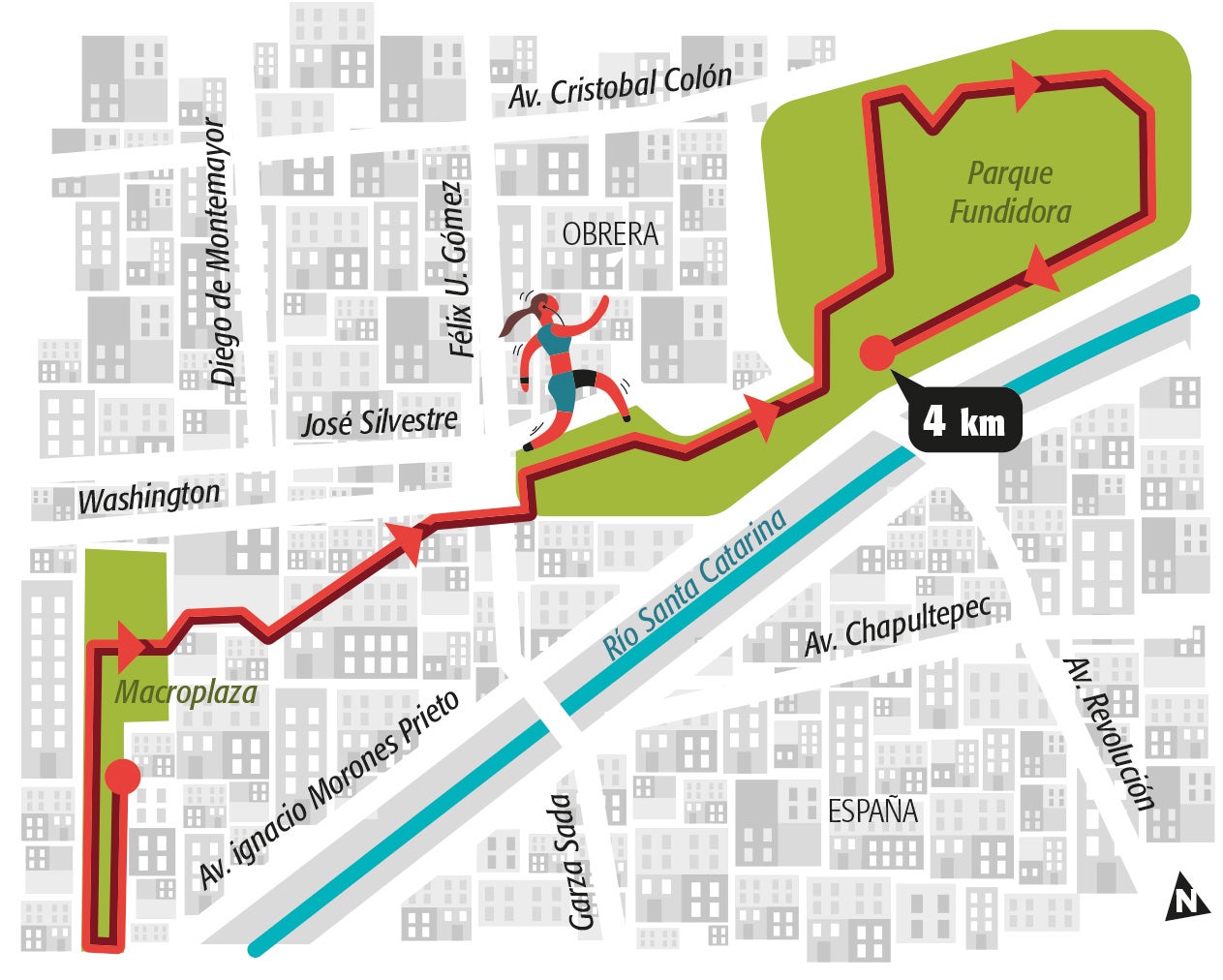 If you’re going to Monterrey, bring your tennis along for this tour, which represents the growth of the industry in the region. It starts in Fundidora Park, an area of ​​144 hectares with two lakes, where you can see the size of this structure, which was founded on May 5, 1900 and expropriated by the government in 1988.

After a curve, continue on the 2.5 km long Paseo Santa Lucía, the longest artificial river in Latin America, and close at the imposing Macroplaza. If you follow this route, your route is 6 kilometers. However, you can extend it depending on the paths you take. 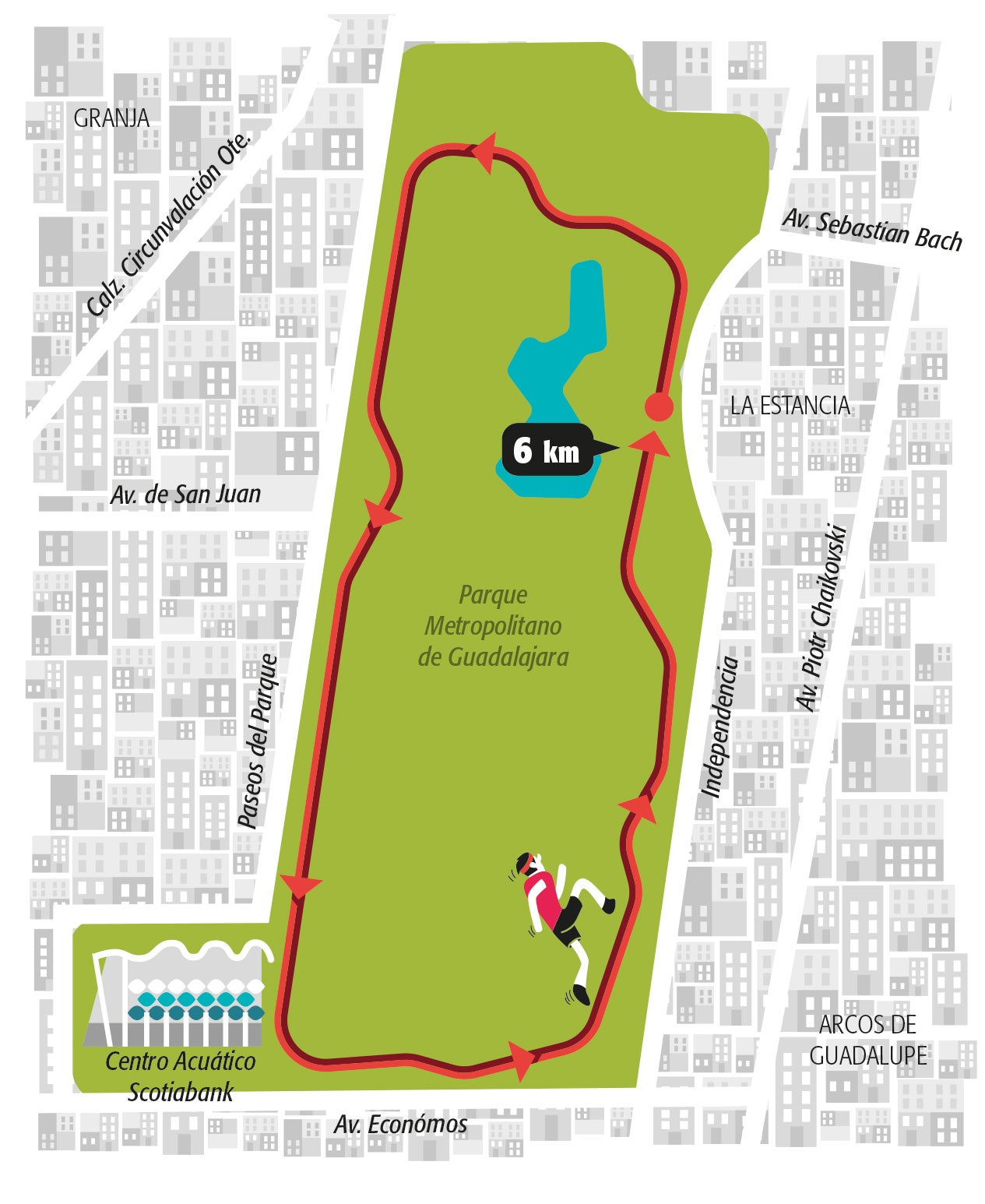 Recommending a place in Guadalajara was a difficult decision as there are several very pleasant routes, such as the historic center, the Spring Forest or Chapultepec Avenue. However, we chose the Metropolitan Park because this place was lovingly taken over by the runners.

It has 108 hectares and has been legally protected since 1990, despite attempts to interfere with it.

There are at least four ways to do it. Two unpaved roads: one of six and one of five kilometers and one of almost four kilometers. An ideal place to train distances. 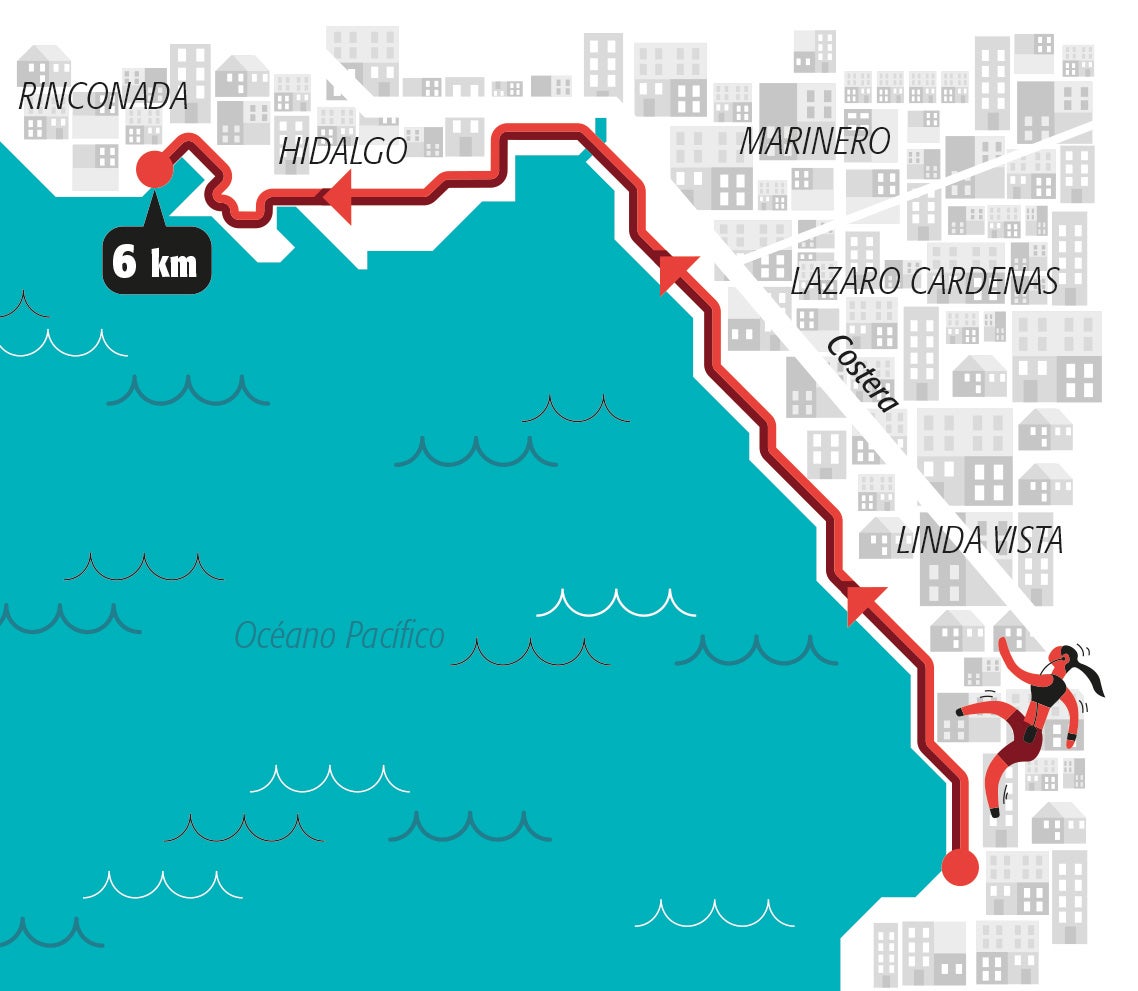 In the south, Oaxaca is a destination that runners have not yet explored too much. However, it offers you very nice rooms that have not yet been operated by large hotel chains. One of them is this corridor, which comprises three beach areas.

It begins with the four kilometers of Zicatela beach, which is mainly inhabited by surfers, until it reaches the Laguna de Agua Dulce, flows into the city of Puerto Escondido a few meters and returns to the sea at the small Playa Manzanillo, returns to the city and ends in beautiful Carrizalillo Beach. There are 6.5 kilometers that you can adjust as you move deeper into the city or do a few laps.