Daniel Merino is 15 years old and has already created We rise and ride, a vehicle that helps children with motor disabilities to live the experience of riding a bicycle.

Imagine that you broke a leg and you cannot leave your house … this is how the 1.8 million people with cerebral palsy feel and cannot move on their own, according to figures from the Mexico Center for Special Surgery. It is to them that Daniel Merino is directing his offer: We rise and ride , a tricycle for children with disabilities.

The idea of ​​this 15-year-old man, who admires Elon Musk and loves to play tennis, arose when he met Óscar, who suffers from this condition. Then she realized that for most moms of children with this type of disability, it is very difficult to do a recreational activity like riding a bicycle.

This, because there were not many options that allowed to raise a wheelchair to a safe, light and economical platform. “There are few bikes on the market for people with different abilities and they are very expensive (between $ 2,000 and $ 4,000). I plan to give it for $ 1,500. In itself, supporting a child with cerebral palsy is quite expensive. A chair alone costs 50,000 pesos. ” 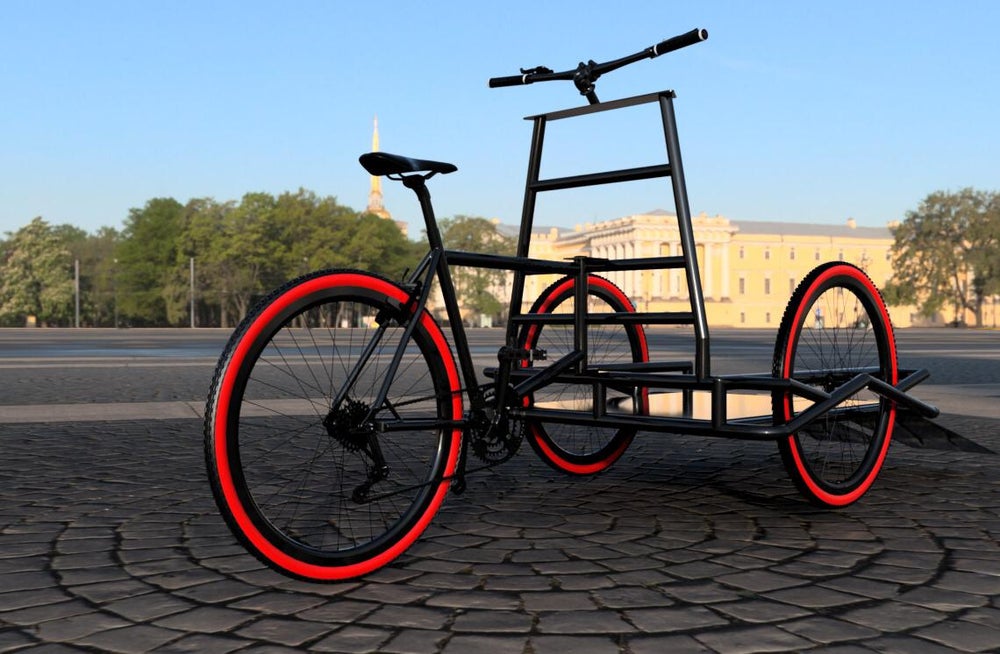 Daniel is the son of an entrepreneur and innovative momentum runs through his veins. “ship is very important because if you want something, nobody will do anything for you. Elon Musk wanted to travel to Mars and said: I am going to do it, ”he says. That is why he asked his father to enroll him in some entrepreneurship course, since he does home school in Monterrey, Nuevo León.

This is how he came to Young ship and Innovation International (Yeii) , where together with a friend, Omar Zermeño, they developed their project.

In 2018 they took him to the Children in Action contest at the University of Monterrey (UDEM) , which won second place and was awarded 13,000 pesos for both.

His friend returned to classrooms last year and Daniel wanted to pursue the project full time, so the award was split. Now he refines the design with a partner company and the idea is to manufacture according to orders.

Related: Directory for parents who want to promote the dreams of their enterprising children

Daniel Merino Liceaga, father of the entrepreneur, says that he supports his son because he sees his passion and also because, in his experience, “by undertaking you learn the things you really need in life such as resilience, responsibility, critical thinking and collaboration”.

The trike has child belts and safety ties . The platform is designed to fit any type of chair, which is placed in front so that the child really lives the experience. The driver is always in control, as there is no motor.

The path has not been easy, nor has it been without errors, but Daniel has found allies. One of them, a factory owner, gave them the material to build and test some prototypes.

On possible capitalist partners, Daniel is emphatic when explaining that he would first have to analyze what he would use the money for. “I have been in this for a year and a half and it has been a path of error and trial because it didn't come out the first time. Also, although we already knew how, there are mistakes anyway, so here you always have to have the determination and continue until you finish. ”

Online videos are used to deal with social isolation, connect in new ways, or enjoy your passion. 4 min read The opinions of the employees of You are personal. What needs emerge during the pandemic? These video trends show it By Karla Agis, Culture and Trends Manager, YouTube Latin America Since the beginning of…

If you’ve had to read an application, you know there’s no need to go through it from start to finish to see if the person is suitable for the job. Usually, one look is enough to spot a few words or phrases that may indicate certain personality traits. According to a recent study only 1/5…

Read 6 min The opinions of the employees of s You are personal. He is the entrepreneur in which all sharks wanted to invest in Shark Tank Mexico. In many cases, formalizing an activity we’re already doing can be a great business opportunity. We just have to look at the example of Juan Carlos Alonso,…

Original note on PC Mag Do you have extra money and want a piece of digital history? The managing director of Twitter, Jack Dorsey, sit down Auction your first tweet received the current highest bid of $ 2.5 million last week. Jack Dorsey sells his first tweet The highest bidder, Sina Estavi, head of the…

One of the greatest virtues of man is to be able to accept and embrace change, even if it takes the form of a tragedy. Increase your business, Not your inbox Stay up to date and subscribe to our daily newsletter now! Read for 1 min Lessons from the corona virus This story originally appeared…