The Vocho, the “car of the German people” that conquered Mexico

Editor’s note: In the “Negocios Icónicos” series from our sister site México Desconocido, we will be reviewing the history of products, companies and brands that made history every week.

The famous beetle it was a success from its manufacture in 1934. The engineer Ferdinand Porsche was responsible for the design. The challenge was to build an inexpensive but safe vehicle for the German people.

More than eight decades later, this peculiar car is driving the Mexican streets. El Vocho doesn’t go out of style Its popularity has made it a favorite of many despite the past few years. Family memories come back immediately that we see a Vocho, as the car was of German origin as a second home Mexico. 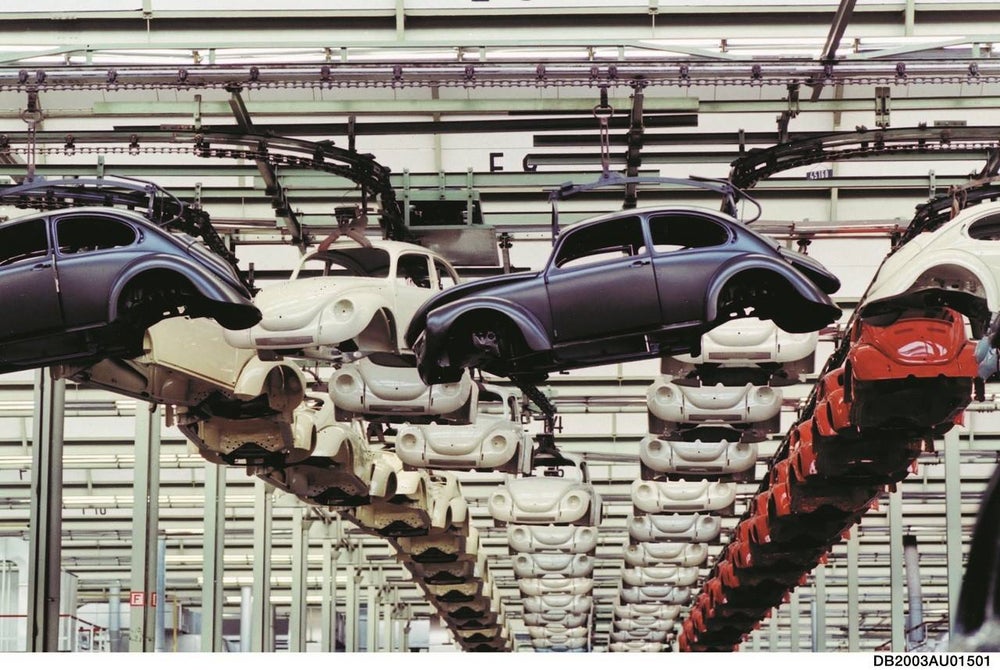 Its designer and creator was the doctor Ferdinand Porsche, Who created a total of 380 designs over many years of work, including the des Volkswagen.

El Vocho had a very special idea because his birth was marked by wars. In order to know a little about the history of this peculiar car it is impossible not to refer to the time before it Second World War and thus to one of the most enigmatic characters in human history: Adolfo Hitler. 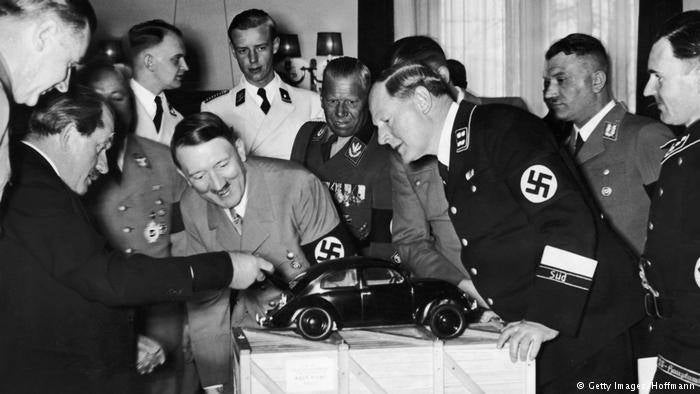 The First World War has arrived

Porsche was a big car lover, For years he devoted himself to the creation of various designs, always with the dream of building “the car of the people”. A vehicle that transports families safely, comfortably and inexpensively. In 1911, however, Ferdinand Porsche received a call for help from the government of his country to build aircraft and airships that were equipped with powerful and light engines.

All of these efforts earned him recognition as a Doctor of Engineering. After the war and after various automobile companies Porsche opened its own workshop in Stuttgart in January 1931. This city is the heart of the German automotive industry. The name of his workshop was: “Building shipments for the manufacture of engines, motor vehicles, airplanes and ships”. 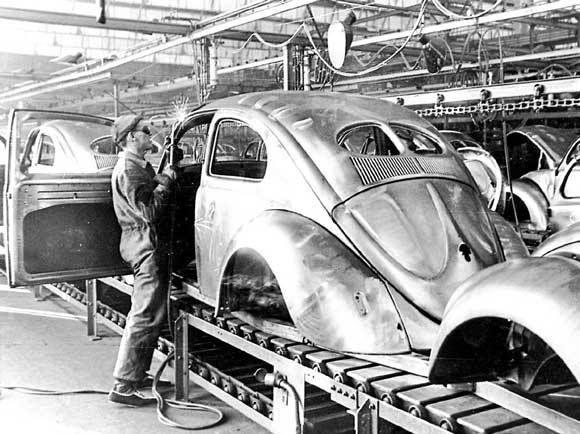 Porsche has teamed up with Baron Fritz Von Falkenhayn on a project and developed the Type 32 together. This model caused the automobile project to fail. Dr. Ferdinand’s project remained without a sponsor and the dream of creating a car for the people got further and further away. A new sponsor with vision and money was needed to sponsor such a long awaited project. Fortune soon came to Porsche and Adolf Hitler became his new ally and patron.

Communication was a priority for Hitler because it made it possible for him spread the Nazi propaganda and reached every house in Germany. Adolf himself provided the specifications for creating the people’s car. This car had to represent the NSDAP, so it had to be a winner on the racetrack.

The main features would be: a four-seater family car with an air-cooled engine and a displacement of 1 liter. Its consumption should be only 7 liters of petrol per 100 km and it had to easily reach 100 km / h. Porsche started building its prototypes. However, World War II broke out when Hitler invaded Poland on September 1, 1939. This conflict made it impossible to continue the project, and Porsche began producing designs for military weapons. 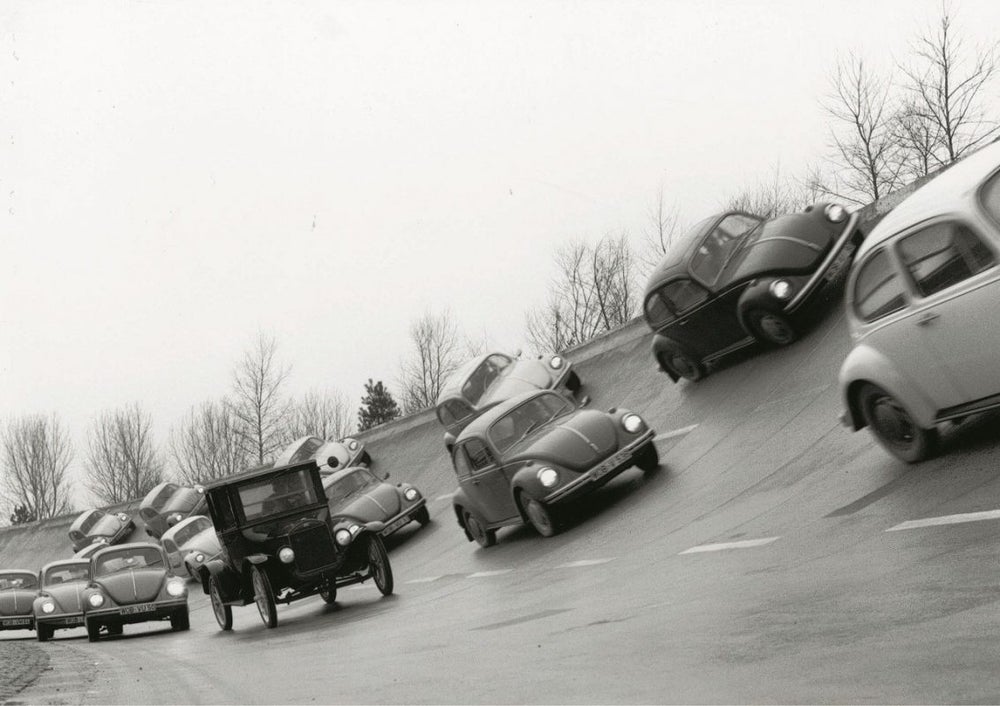 The Beetle leaves the German market

The war ended in May 1945, and the Porsche dream seemed increasingly difficult to come true, as there were no raw materials or parts for automobile manufacture in Germany after the war. Successive years were very difficult and hard work, but the Vocho was able to establish itself as an automotive success.

Unfortunately, in 1974 the decision was made to replace them Gulf beetles. So in July of this year, the last limousine rolled off the production lines. But that wasn’t the end of the city car because It continued to be manufactured in various Volkswagen plants, mainly in Mexico and Brazil. 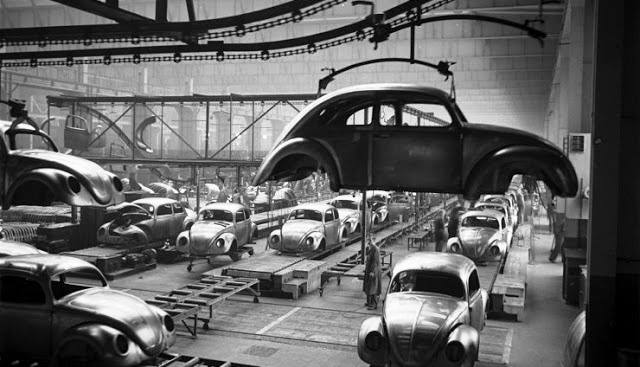 The car conquered Mexico because it was “compliant,” economical, durable, and with properties never matched. For many countries in Latin America and of course for our country, the Vocho was much more than just a car. For thousands of families, it was the first means of transport, the car they learned to drive for generations, and the companion of endless stories.

Volkswagen first stage in Mexico It started in 1954 and ended in 1963. Initially only complete cars were imported, years later the vehicles had to be assembled in Mexico. In 1964, the production phase began in our country.

At that time, automobiles were largely large and luxurious cars with a high cost of gasoline consumption. Small cars were not very well known. In early 1954, the first VW vein point was opened under the name in Mexico City “Volkswagen Central Distributor”. Later on, more outlets were opened in Puebla, Monterrey and Torreón. By 1963 there were nearly forty dealers in the country.

On May 7, 1962, a separate assembly plant was founded. Years later Volkswagen de México was officially founded on January 15, 1964, with facilities in Xalostoc. However, demand for the car prompted the production plant to move to Puebla. 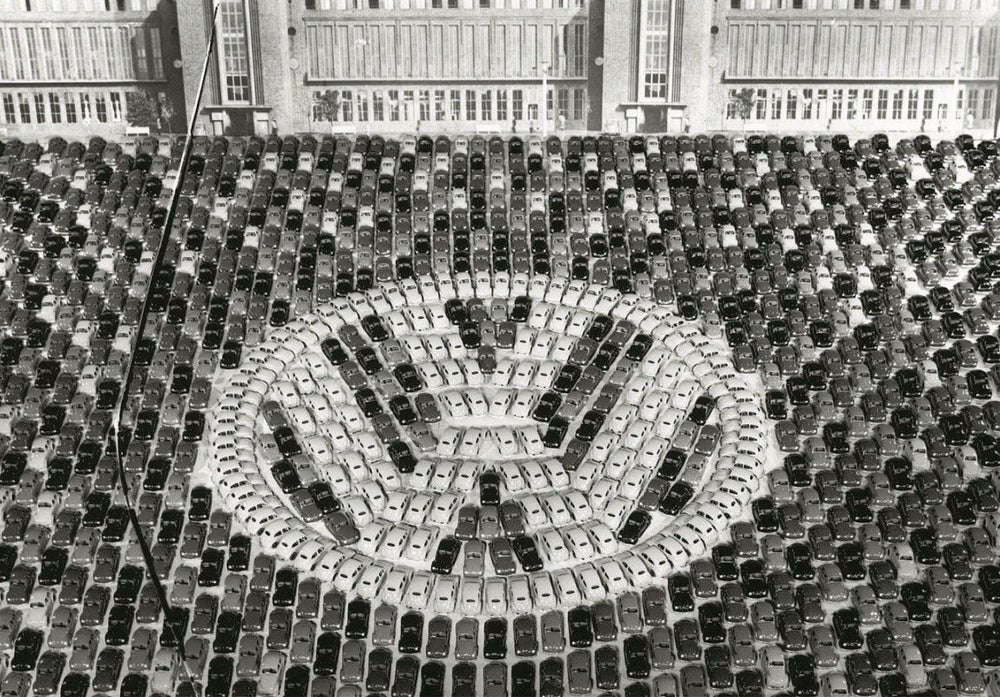 Unfortunately, In May 2003, Volkswagen confirmed that the consortium’s only plant where the legendary city car was still being assembled would stop.

The end of the Vocho began years ago, in the mid-1990s, when the first small cars from other companies came to Mexico that offered better comfort and income than the Beetle. There were more and more competitors for the Volksauto that offered more interior space, more power and speed as well as innovative design.

The farewell to the Auto de Pueblo took place at the Volkswagen plant in Puebla in a large forum where various classic vochos were exhibited, including the reproduction of the unforgettable Herbie Motorized Cupid. 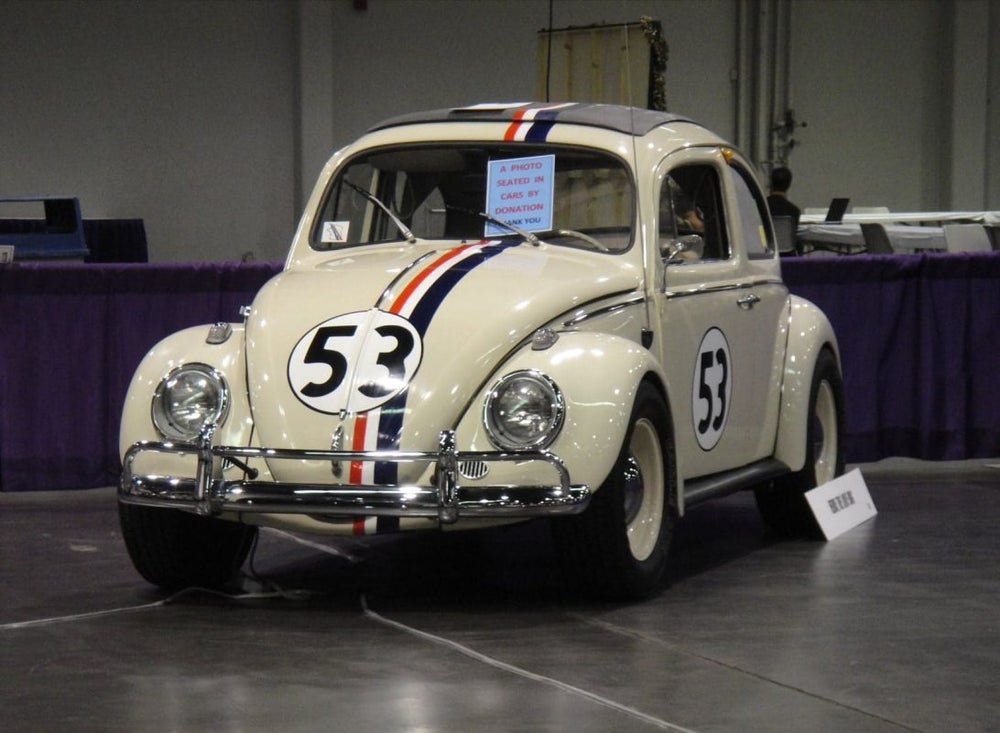 The last Vocho in the world is made

The Volksauto says goodbye with a final edition, which was manufactured on July 30th in its last production facility in Puebla. However, the fact that it was discontinued didn’t mean the classic and lovable Vocho was disappearing from the Mexican streets.The event to see him off was full of nostalgia and memories. The last limousine number 21 million 529 thousand 464 was adorned with flowers and a mariachi made music for the celebration.

Days later, the last Vocho set off to cross the Atlantic and take a place of honor in the VW headquarters in Wolfsburg. The latest edition of the sedan was priced at 84,000 pesos and production was limited to 2,999 units.

With The Vocho is a nearly 68 year old success story around the world and one of the most famous cars in history. It has been made in more than 20 countries around the world and in the special case of our country found a new home in the homes and stories of Mexican families. 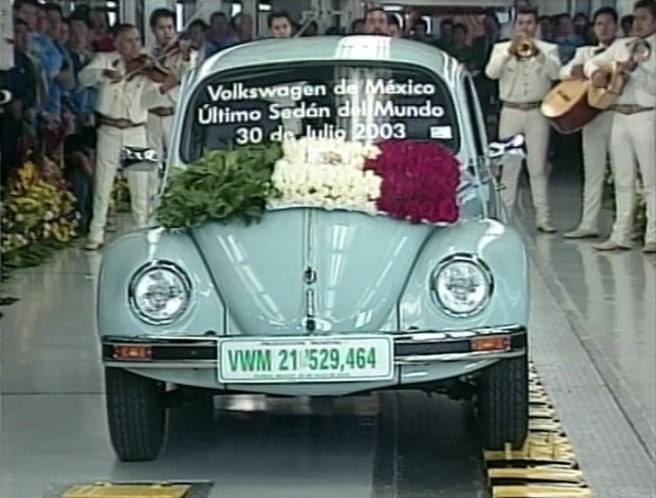