I think we all saw a scene where the owner of a Small or medium-sized enterprises (SMEs) He addresses his co-workers in “harsh” ways to correct, scold, and arouse their attention. It is even an attitude that is often admired and even viewed as a format to be followed. It is a myth, a paradigm passed down to us from generation to generation that shows that an owner of an SMB is tough on its employees, so that they and the company in general are performing well. If you give me a business opportunity, SME owner, I want to talk to you about how ineffective this myth and way of managing, managing, directing and leading people is, and that there is a better way.

First I want to talk a little bit about where this myth comes from. It comes from a very old cultural bag and has a lot to do with the military question; Since ancient times, when people began to organize themselves in society, there have been armed conflicts and wars. This is where this tough, tough leadership style began to develop because the context and circumstances warrant it. It is about conflicts where the result is to win or lose a war, a territory, a country, etc. and where mistakes cost lives.

This form of leadership later permeated other types of organizations such as corporations. In fact, it is very common in the United States for people pursuing careers in the military to work on private initiatives in companies. In addition, the names of the management positions that are occupied in the United States today come precisely from the influence of the army, for example the position of general manager CEO (Chief Executive Officer) its translation could be Senior Execution Officer, where the word officer comes from Army terminology, just like the other leadership positions CFO (Chief Financial Officer), COO (Chief Operational Officer), Etc.

Furthermore, in the case of Mexico and Latin America in general, we also have a legacy in the educational system that encouraged this type of harsh correction practice in people. At some point we all suffered from a strong scolding from one of our teachers, where they also put us in front of the group to embarrass us and make the scolding even more difficult. There have been many conflicting views on this over the past few years, with even some experts claiming that much of the behavior is “relaxed”, “irresponsible”, etc. of the new generations it was because the “heavy hand” in education was removed. But there are also plenty of studies and other experts that have shown that there is confusion between these concepts, and parents and teachers today feel very confused about how to correct, scold etc., to children for good reason. But that’s another problem.

However, one wise man said, “Hardness is good for stones, but not for people”. Over the past few decades there have been numerous studies of the effects of this type of treatment on employees, violating human dignity, creating resentment, deteriorating the work environment, etc. We may have the illusion that it works in the short term, but it really is the effects are much more negative than positive. On the contrary, if the type of correction without this “roughness” or “stiffness” is done correctly, the results will be much more positive. Even for the skeptics of this topic, I would like to invite them to focus on the results. As the owner of your business, what would you like at the end of the day? I imagine that in general there will be better results, better profitability and better performance of your company employees, better sales, better work environment, among others. This is exactly why you should have a positive work environment in your company. 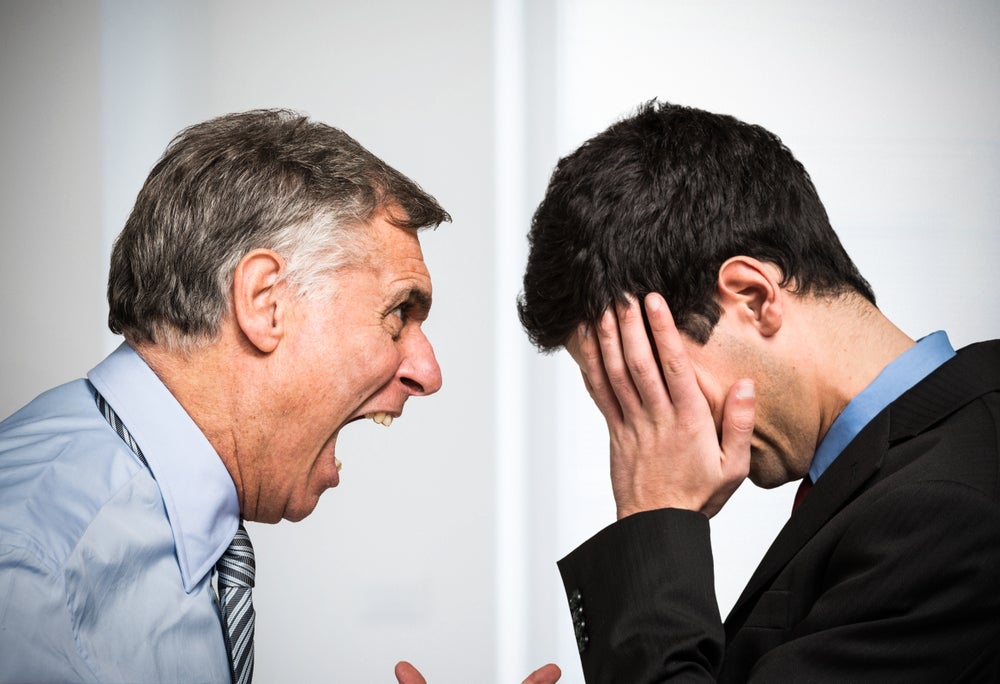 What do you want at the end of the day as the owner of your business? / Picture: Depositphoto.com

I know that it is not easy, because it is precisely this cultural, educational and school burden that taught us that we have to be tough with our employees and that this works. I also know from my own experience that employees sometimes make mistakes and behave in such a way that we literally want to rip their heads off. With all of this, targeted treatment of employees always leads to better results, and this does not mean that when employees are not working they have to be separated from the company and look for someone else, but it can all be done in a friendly way, the key is what the saying goes “hard on the ground but soft on the way”. Finally, I want to remind you of something. After all, as the owner of your company, you are responsible for hiring the right people in your company. So if someone is not working instead of blaming the person and treating them “rude” the better you try to improve your recruiting and selection processes, training, feedback and staff reviews. But we will talk about this in another article.

For now, I’m going to leave you a method that has been used for centuries to correct your staff. What I am sharing with you is based on an article by Alejandro Ortega Trillo.

It is the 4 Ps methodology that I am sharing with you below:

1. Peace: Never give feedback to an employee when you are very angry. When you are angry, feelings take control of you and your brain. When we get carried away by the emotions, the lower brain takes control and the higher brain freezes the rational. For this reason, it is very common that when we are calm we regret what we have said.

When we say something angrily, the other person is also carried away by feelings, and while they may not respond openly, their brain is also prevented from receiving feedback in a more empathic and effective way. Remember, words hurt more than bullets. A violated dignity can be irreparable. So if you are very angry, go to a place to calm down, leave the office if necessary, and wait until you are calm to provide feedback to the employee who made the mistake.

2. Wisdom: Never draw an employee’s attention to yourself in front of others. Do it privately and also try to find the most convenient moment.

3. Depth: Do not give “excessive” feedback. Take the time to explain why the mistake was made, the ramifications it will have for those involved in the problem, and the ramifications for the company if these mistakes are made and how they should be avoided in the future.

4. Patience: Don’t wait for people to correct mistakes just because you once caught their attention. Virtually most of us humans don’t correct our mistakes with a single wake-up call. Of course, this does not mean that if the person keeps making mistakes then other measures must be taken, including separation from the company, but we return to the starting point, all of this can even be done in a good way, with good separation of the person Treatment, “hard in the background, soft in shape”.

Lastly, but perhaps most importantly, when giving feedback to a person, do so with compassion. Compassion is one of the highest states of consciousness as it encompasses many things, empathy, understanding, etc. Remember, most people do their best with tools, preparation, education, training, etc. they have.

I can assure you that you will implement this form of feedback in most of your organizations EXCELLENT Results: better work environment, better employee performance, better self-esteem for your employees, etc.