The United Kingdom's departure from the European Union is the final chapter – or almost a long journey that has had several protagonists. Prime Ministers, Eurosceptic leaders, European negotiators and other actors have collaborated in the elaboration of a script that has been written on the fly, by controversy. 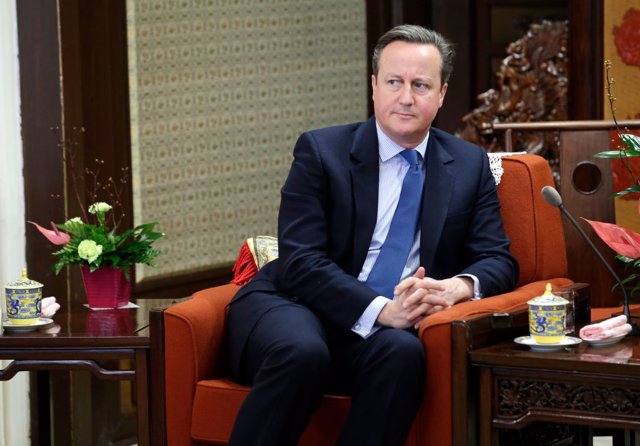 The Euroscepticism that had historically penetrated part of society and the British elite, to the right and left of the political spectrum, resulted in an unprecedented assignment in 2013 by the then Prime Minister, David Cameron, who promised to hold the referendum on Brexit in its 2015 election program.

With the conservatives back in power, that promise was forged on June 23, 2016 in a referendum on the continuity of the EU in which Cameron gave free access to his ministers to ask for the vote for the option they would consider more convenient. The 'premier' then advocated membership, but a majority of citizens advocated the breakup.

Cameron saw in this way how his guidelines were overcome by the toughest wing of his party and resigned the day after the consultation. He took a step back that opted for a discreet profile, although in 2019 he returned to the first media line on the occasion of some memories in which he revealed political ins and outs. 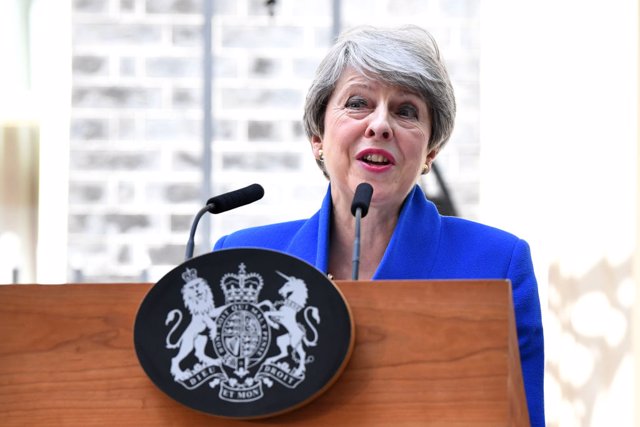 The former Prime Minister of the United Kingdom until 2019, Theresa May- DPA

The departure of Cameron gave way to a race for the succession in which the then Minister of the Interior, Theresa May, prevailed. With a moderate profile and openly contrary to Brexit, he assumed the challenge of invoking in March 2017 Article 50 of the Lisbon Treaty – the starting point of the process – and negotiating the withdrawal agreement.

In June, May suffered an electoral blow by losing the absolute majority in the House of Commons and relying on partners outside the 'tories'. A weakened government then faced the negotiations that resulted in the Withdrawal Agreement, criticized both from the opposition and from the hard line of the Conservative Party.

With the deadlines already broken – United Kingdom could not leave the EU as expected in March 2019 – and after several parliamentary rejections to his Brexit plan, May had no choice but to follow the path he once marked Cameron May resigned and, again, opened the race to take the reins of the country at a key moment.

Boris Johnson became one of the most popular leaders in the United Kingdom already during his time as mayor of London and during the Brexit referendum he was the great figure of the campaign in favor of the breakup. On board his famous red bus, in which he estimated how much the United Kingdom would save if he left the community block, he managed to make his message go away.

His boom led him to join May's cabinet as foreign minister, since he ended up abandoning due to discrepancies with the head of government. Already without any type of attachment, he demanded a tougher position to the negotiations that earned him the election of the leader 'tory and by extension prime minister after May's resignation.

Johnson was forced to request in October 2019 a new extension of Brexit and bet his future on the elections of December 12, which was reinforced thanks to an absolute majority that allowed him to approve the Withdrawal Agreement. Under his baton, the United Kingdom will finally leave the EU on January 31. 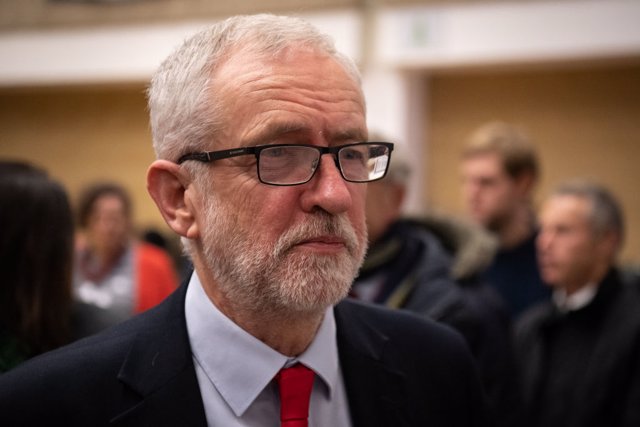 The leader of the Labor Party, Jeremy Corbyn – DPA

Corbyn took the reins of the Labor Party in 2015. Representative of the left wing of the formation, he has faced internal pulses from which he has managed to leave unscathed, although in these years he has not managed to consolidate the Labor as an alternative government.

The opposition chose to get in profile during the campaign prior to the Brexit referendum, despite the fact that Corbyn had been in favor of the country remaining within the EU. During the subsequent negotiations, he repeatedly criticized the Government's position, although with blows that cast doubt on his role as a counterweight.

Corbyn arrived weakened at the most critical moments – his name was rejected as a candidate for a possible alternative government to Johnson's in case of a motion of censure – and, in an attempt to resume Labor, he promised in the last election campaign the celebration of a new referendum on Brexit.

The absolute majority of the 'tories' has taken Corbyn, a spectator already ahead of the procedures to find him a substitute in front of the Labor Party. 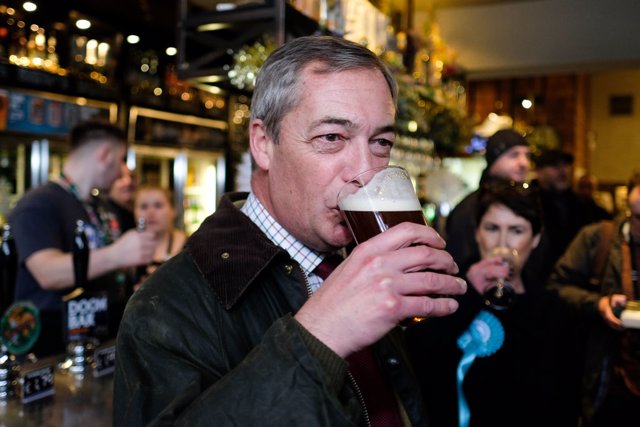 Euroscepticism in the United Kingdom is inextricably linked to Nigel Farage, a politician who despite not having achieved great internal successes at the head of the United Kingdom Independence Party (UKIP) has managed to stay in the spotlight based on populist speeches and criticism constants to what the EU represents.

Farage resigned in July 2016 as leader of the UKIP and, with political swords held high in the United Kingdom, launched the Brexit Party in April 2019. In the last elections he resigned to present candidates in several constituencies to avoid the dispersion of the vote of the supporters of the exit and, indirectly, to favor Johnson.

Farage's role in recent years has been such that his will be one of the most sought after faces in the celebrations that have been organized in London coinciding with the confirmation of the break. The Europhous politician has campaigned for the bells of Big Ben to ring at 23.00 (London time) on January 31. 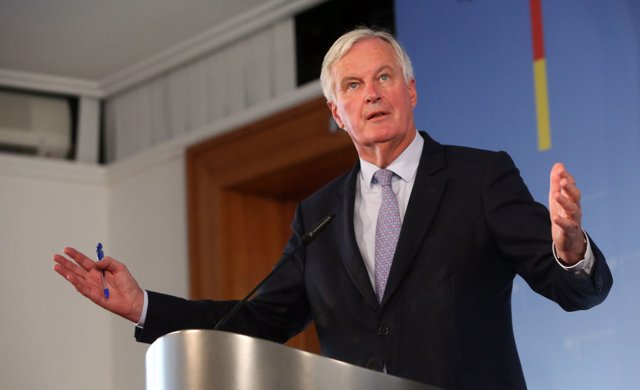 With the United Kingdom already heading out, the twenty-seven remaining EU countries took on as a common challenge the negotiation of the conditions in which such a break would occur, as well as the future relationship that the two parties would have once Brexit was consummated. The assignment fell to a team led by former French minister and former commissioner Michel Barnier, a mountaineer who has spared no metaphors about the difficulty of promotion and the patience he requires.

Barnier, who during these years has traveled the different capitals and has made numerous contacts with the British negotiators – they have been several for the division prevailing in London -, has enjoyed the almost full confidence of the community governments, which even gave free way to the French political veteran to make decisions on his own at key moments.

The name of Barnier rang even in the pools of the distribution of senior EU officials after the May 2019 elections, although on some occasion he has come to say that he wants to conclude Brexit before facing any new challenge. The negotiator has not hidden that the transition period of eleven months to negotiate future relations, which ends at the end of 2020, seems insufficient. 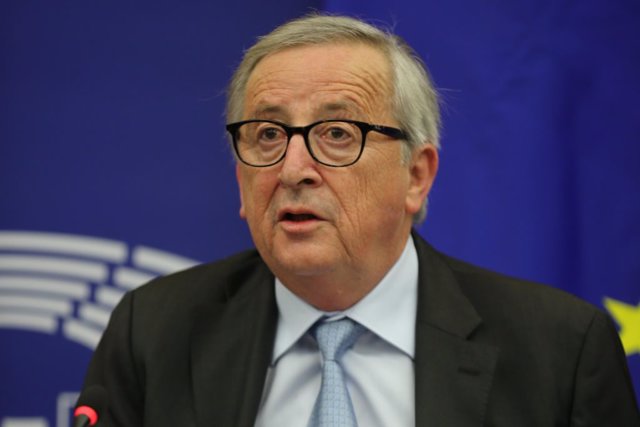 The moments of greatest tension in Brexit have coincided with the stage of the Luxembourgian Jean-Claude Juncker as president of the European Commission. Although Barnier has never ceased to be the chief negotiator, there were several occasions in which May – and later Johnson – had dinner in Brussels with Juncker to find solutions to the political pitfalls.

“Brexit is a waste of time and energy,” Juncker snapped in October, just a few days after the previous deadline for the United Kingdom to leave the community bloc. Like other European leaders, Juncker never hid that abrupt divorce, what was popularly known as 'hard Brexit', was a “palpable” possibility at various times in the process.

Hundreds of buildings were damaged when the 6.5-magnitude earthquake struck on Friday evening. A 62-year-old man and an 80-year-old woman lost their lives when the buildings they were in collapsed, and a 34-year-old woman died when she fell while running out of her house. Indonesia’s national disaster management agency says seven others were injured. Strong…

Image copyrightScience Photo Library Men who have sex with men are to be offered the (human papilloma virus) HPV vaccination in England. The programme for men aged 45 or younger will start from April 2018, to protect them from some cancers caused by HPV as well as genital warts, Since 2008, girls aged 11 to…

Most of the Democratic and Republican governors won re-election in their respective states in the elections held in the United States this Tuesday at the same time as the presidential election.

The WHO, a gambling favorite, is excluded from the list of experts, which includes Navalni or the Committee to Protect Journalists

In a statement, Britton and Iglesias denied that the letter “sought to ‘pressure’ the President of the Republic of Panama or any other official of the government of Panama.” The law firm said the letter was “very common” in international arbitration matters, and was “such a routine matter for our firm” that the Trump Organization…