The president of Ecuador, Lenín Moreno, has decreed this Thursday the state of exception throughout the country to guarantee “order, tranquility and security” against the “chaos” that would be generated by the wave of protests unleashed against the Last package of economic reforms, which raises the elimination of aid for fuel consumption and price liberalization.

Moreno has denounced in a public speech the “foci of violence” created in the framework of the mobilizations, which “intend to destabilize the Government.” “We must abandon that custom that borders on the miserable of trying to impose criteria,” said the president, who considered it necessary to act to guarantee basic rights of citizenship.

The Minister of Government (Interior), María Paula Romo, explained in a subsequent appearance before the media that the measure will be in effect for an initial period of 60 days that can be extended and has cited among its objectives the need to “clear the pathways “and ensure the development of essential activities.

Romo, who has confirmed the detention of at least 19 people, recalled that “paralyzing public services is prohibited by the Constitution and is punishable by the Criminal Code” and has left open the possibility of taking action against those responsible for altercations.

In this same press conference, Defense Minister Oswaldo Jarrín has stressed the need to act against activities that “distort order and social peace,” so that both the Police and the Armed Forces would be able to adopt the actions deemed appropriate.

The protests are led by the transport sector, but several unions, student groups and indigenous movements have also joined them. The mobilization has caused roadblocks and blockades in Quito and Guayaquil, with moments of tension in the capital when a group of protesters has tried to move towards the headquarters of the Government.

Moreno, who has boasted of his “courage to make decisions,” has reached out to “dialogue” to resolve possible suspicions, but has made it clear that “there is no possibility of changing” the package of measures announced on Monday. The Government calculates that, with the subsidy alone, the State will save about 1.5 billion dollars a year.

In this sense, he has labeled the subsidy that he now wants to eliminate as “perverse”, since it “distorted” the economy and implied that “huge” resources of the State were to stop “at the hands of those who did not correspond”, from “wealthy” people “to others who trafficked with fuel.

The Minister of Finance, Richard Martinez, had also expressed himself in the same line, denying a possible setback by the Government, which maintains that “it is the right thing” to act to prevent continued benefits “the mafias that take the money to Colombia and Peru. ” Several members of the Executive have warned that they will not yield to “blackmail.”

The Government frames what is already known as a “packet” within its efforts to reduce the fiscal deficit, which is currently estimated at $ 3.6 billion. Moreno's goal, which signed an agreement of 4.2 billion dollars with the International Monetary Fund (IMF) in February, is to reduce the deficit to 1,000 million dollars in 2020. 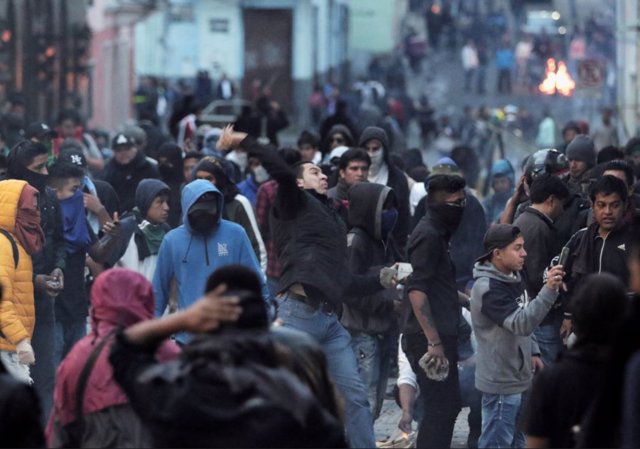 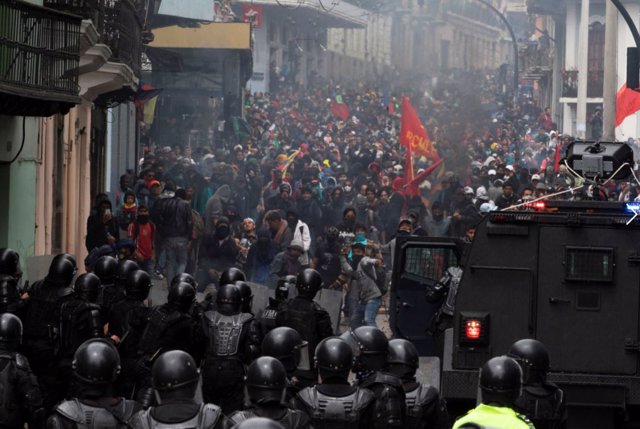 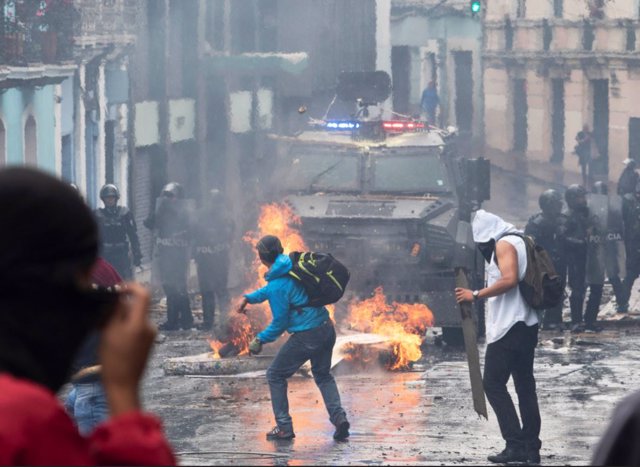 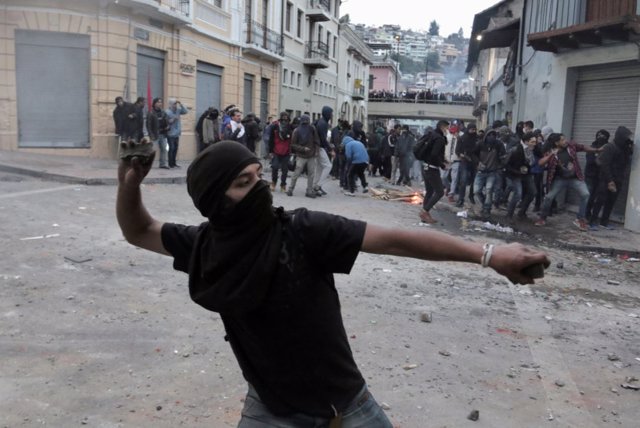 Neither side can be expected to back down. Israel believes it is vital to stop Iran, Hezbollah or other Shiite militias from threatening it with precision rockets from faraway corners of Syria, or with artillery and troops just beyond the disputed Golan Heights. And Iran does not want its investment in rescuing Mr. Assad to…

In an interview at the presidential palace a week before the end of her term, Ms. Bachelet said she was proud of her legacy. “We haven’t done everything we wanted, and some things didn’t come out perfectly,” Ms. Bachelet said. “But the truth is that we have accomplished more than what many thought possible.” At…

The cost for China, though, is high. The cultural and political divides between China and Taiwan are only deepening. Although many in Taiwan are descendants of Chinese who, along with the Republic of China government, fled the civil war that ended with the Communist takeover in 1949, the potential appeal of unification has waned here,…

Pictures from the scene show a white Suzuki SUV crashed at a cable car stop. Victoria state police say they have arrested the driver of the vehicle after it “collided with a number of pedestrians” in the city centre. Image:The incident in Melbourne Paramedics have taken 12 people to hospital and say that some of…

Italian health officials reported 1,229 additional coronavirus infections on Tuesday, a recovery from the previous day, and the preliminary number of positive events since the COVID-19 pandemic began is 289,990. At least 35,633 people have died as a result of this respiratory disease, nine more than on Monday, while the number of intensive care patients…

Then, Mr. O’Sullivan, who has three children from previous relationships, realized that would cost him around 50,000 euros, or about $60,000, in inheritance taxes. The fact that Ireland had recently approvedsame-sex marriage — the first country in the world to do so with a referendum — offered a solution. When 62 percent of voters supported…