Studies show that in the most infected areas of the world, the antibody population does not exceed 15% and remains as susceptible to SARS-CoV-2 as on day one.


There is a sentence that the WHO repeats for weeks: “The worst is yet to come” and everything seems to indicate that it is so. The published seroprevalence studies show that in the most infected areas of the world, the antibody population does not exceed 15%.

What does that mean? That the majority of the population is still so vulnerable SARS-CoV-2 as the first day.

The Lancet, one of the most prestigious medical journals in the world, gave a general overview of the situation of the pandemic in the world, in which more than 100,000 new cases were reported in the United States, Brazil and India alone between June 26 and June 3 . July. This is the panorama. 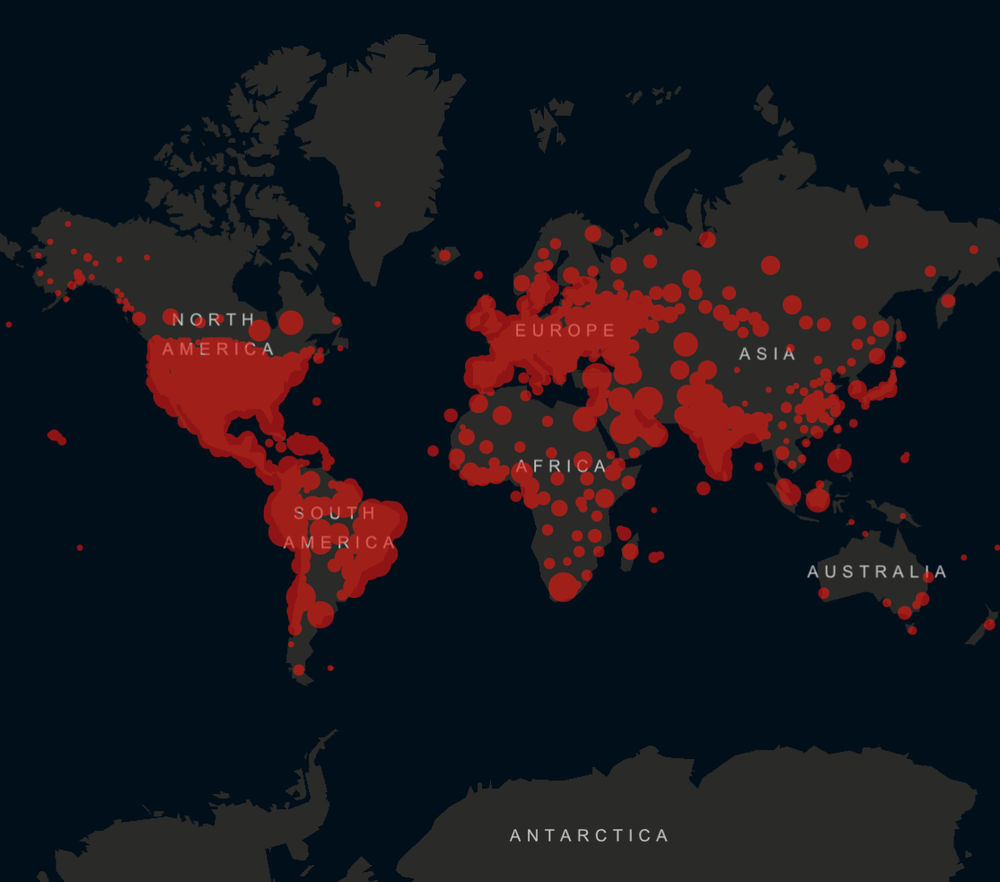 New epicentres of the pandemic

Central Asia. Kazakhstan recorded many cases in the first days of July, but eventually ran out of evidence. People die of pneumonia even though everyone believes it is COVID-19, but the government denies it and it cannot be confirmed. For its part, Turmekistan has not reported a single case on its territory, and the Tajik data is a disaster. But perhaps what worries the experts most is the high number (from 2.7 to 4.2 million) of Central Asian workers who temporarily lived in Russia and stayed in no man’s land (administratively and healthily speaking).

Middle East. The region is headed by Iran and Saudi Arabia. However, the latter is not representative of its neighbors’ response, as it has enabled a virtually unlimited budget line to fight the pandemic by expanding intensive care units and making medical care de facto free. This is not the case in most of the worst affected countries, where 66% of the population are at risk of exclusion and face enormous problems in fighting the pandemic.

The Lancet points to problems with the oxygen supply in Iraq. However, the extremely precarious situation in conflict countries such as Syria or Yemen leads to concerns that the data could be worse.

Indian subcontinent. Pakistan is among the countries reporting the most cases, but it seems to be a minor problem compared to its neighbor. And it is the case that after three months of strict detention in India, the number of cases increases again. Although the number of COVID-19 cases has not yet increased significantly in some of the largest Indian states, the health system in places like Maharashtra, Delhi and Gujarat has collapsed so much that the Indian army has had to take much control of the situation. The main problem is that the structural deficits in Indian health remain unchanged and that a pandemic knocking on doors is bad news.

Latin America. Here, too, there is a country that attracts everyone’s attention: Brazil. His numbers can give the wrong impression that he is the only one who is seriously affected. However, countries such as Mexico, Colombia, Peru, Chile and Argentina have difficulty smoothing the curve as quickly as possible.

Read 6 min The opinions of the employees of s You are personal. Craftsmen! This digital platform would like to help you to transport your products worldwide Her job as a civil servant and her concern for the needs of others, He prompted Judith Rodríguez to organize and create a platform that would enable her…

The opinions of the employees of You are personal. Your brain he is hungry. It requires more energy than any other organ in your body and uses up 20 percent of your daily energy needs. 5 Eating Habits That Will Change Your Brain’s Setup For Success And if you want your brain to work…

A strong social media presence is the foundation on which you can build a brand that will take over the world. 5 min read This article has been translated from our English edition. Best Social Media Methods To Boost Your Personal Brand The opinions of the employees of You are personal. Nearly half the…

Now that you’ve got yours financial goals For this year 2021, you might be wondering how I can make it come true. I’m going to tell you how to get there, but I want to give you a different angle so that you can achieve whatever you set out to do, not just your financial…

This is the second time the French designer has been accused of plagiarizing Mexican textile designs. 3 min read Isabel Marant is accused of plagiarizing Purépecha textiles This story originally appeared on Unknown Mexico “Designers take such artistic expressions, use them out of context for profit and without being aware of the importance they have…

Making economic profits is not a privilege for some. Learn how to do this using these buttons. Increase your business, Not your inbox Stay up to date and subscribe to our daily newsletter now! Read for 5 min Trading platforms, the most important tool to operate in the markets The Market movementsThey are particularly noticeable…