La Paz is already suffering from a shortage of fuels and some food due to road blockades conceived in several areas of Bolivia by Evo Morales' followers. The call of the protesters, many of them peasants and workers, to encircle the capital, protesting the resignation of the indigenous leader and his subsequent exile is beginning to make a dent.

“There is no fuel,” says taxi driver Juan Carlos Álvarez, pointing to the gas meter on the panel of his car, which marks less than 10 percent of the tank's capacity.

“As soon as I finish, I will not have income anymore. We will just have to wait, but I have saved perhaps about 1,000 Bolivians (about 130 euros, in exchange) and with that we survived in my house just a week,” says the taxi driver, who believes that the people of La Paz will begin to get impatient if the blockages continue.

“If I am not working for a few days, obviously you have to start protesting, and the government already has a solution. This is no longer just a political problem. It affects the entire population. And the entire population does not live on politics. , the prices of many products have risen, due to the shortage, “he emphasizes.

The chauffeurs of La Paz have reported losses of 60 million Bolivians (about 7.8 million euros) in the last three weeks, due to strikes, strikes, and blockades, previously starring Morales' opponents, and, for a week, by his followers. 80 percent of the vehicles are not working, according to local union data.

Part of the gas stations in the capital are closed, and in those that remain open, large lines are produced.

There begins to be a serious problem, also, of garbage in the street, since the collection trucks do not have enough fuel either. The mayor's office is executing an emergency plan, giving priority to collection in areas of high risk of infections, such as markets.

The focus of the shortage is the Senkata plant, located in the city of El Alto, bastion of Morales, neighboring La Paz, and besieged for days by followers of the former president, who do not allow the exit of any tank truck.

“They have made the sleeping lion awaken that we are the aliens. They have already shot us in the gas war, in 2003, and we are resisting. Now put us back in bullets, that we will offer our lives. I, mine if possible. No I am afraid because I love Bolivia. We want the immediate resignation of the interim president, Jeanine Áñez, and, if it happens, this blockade is lifted just now, “says Jesús Callocusi, in the blockade in front of the hydrocarbon plant.

The place cannot be reached by vehicle. Several barricades have been erected on the roads that lead to Senkata, the central YPFB state in the area. Stones, burned wire, metal barriers and campfires, guarded by hundreds of neighbors, prevent passage.

About 100 meters from the plant, several ditches, approximately one meter deep, by one meter wide, have been dug to prevent the passage of tank trucks, guarded by a military detachment, entrenched inside the building.

“We are not afraid of the military, if so many lives have already been given. They have already come and left six tanks. They are inside. We do vigil all the time. We take turns. Even people from villages and other departments have arrived, and they are sleeping here, “says Marlene Laso, another of the neighbors in the area. 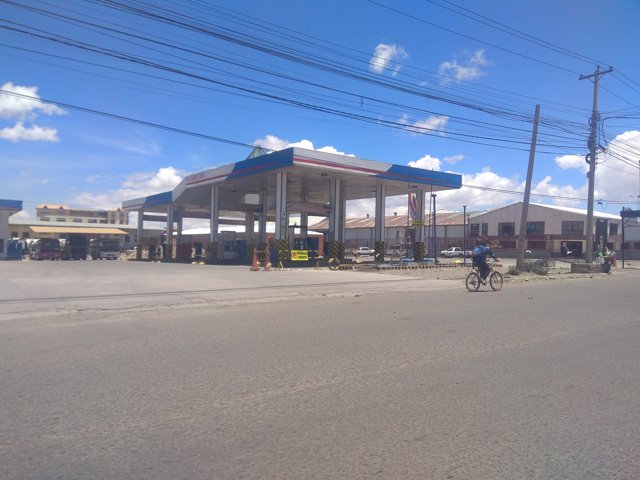 The lack of fuel and road blocks are beginning to severely affect the capital's markets, where products such as fruits and vegetables, eggs, meat and chicken are scarce. Also bread, since many of the bakeries work on gas, and the supply has been interrupted by the blockade of Senkata and the “untimely pressure drop” of a gas pipeline.

“There is no vegetable. There are no tomatoes. Not some vegetables, which come 'from below', from Santa Cruz, and everything is blocked. Yes there is onion and potato chips. But the rest is not. Meat is scarce. And chicken too, well expensive, “says Marta, owner of a position in the Canchón Belén sector of the Rodríguez market in downtown La Paz.

It is one of the few that is open, as it sells products grown around La Paz, and bought them before the blockades began. But 90 percent of the stores in the sector are covered with blue plastic, which means they do not provide service.

“There are many closed positions because there is nothing to sell. They sold tomatoes, vegetables, celery, parsley, bread … and of that, there is none,” said Marta.

When they meet, because those products have not completely disappeared from the markets, it is at stratospheric prices. The kilo of beef meat, for example, has almost doubled its price compared to a month ago, costing 60 Bolivians (about 7.8 euros) when it is in the markets.

THE GOVERNMENT OF ÁÑEZ TRIES TO ATTACK WEAKNESS

The Government of the conservative Jeanine Áñez, declared interim president last Tuesday, in a session of the legislature without quorum in the absence of the parliamentarians of the Movement to Socialism (MAS) of Morales, has tried to alleviate the situation by creating an 'air bridge' of supplies with the city of Santa Cruz, to skip the blockages.

That way, 35 tons of beef and 36 tons of chicken meat arrived on Sunday in La Paz, which were sold this Monday in the capital, generating long lines at distribution points.

The interim government says it is negotiating, sector by sector, to lift the blockages of roads and facilities, although the alterations that block the Senkapa plant ensure that no one has spoken with them.

It has also imported hydrocarbons from Lima and Chile to alleviate the emergency due to shortages in the capital. It is expected that a hundred tankers will arrive in La Paz.

The shortage also affects other cities such as Cochabamba, Sucre, Potosí and Oruro. 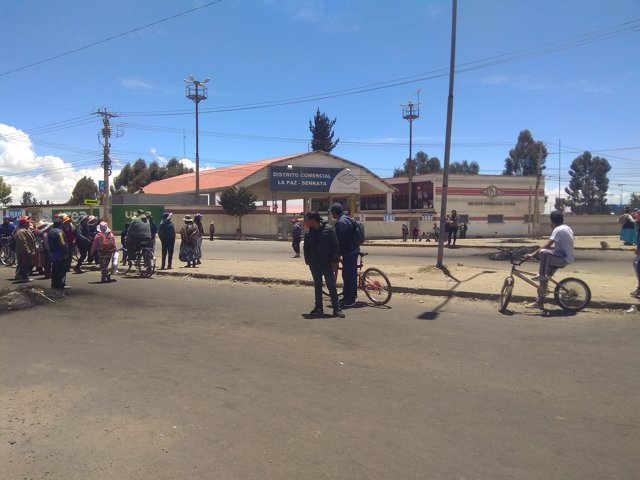 Latest News about Rice Calls on Palestinians to Halt Violence Sort by: Relevance : Date JIDDAH, Saudi Arabia, Oct. 3 — Secretary of State Condoleezza Rice Tuesday appealed to the Palestinians to immediately end a new wave of internal fighting that has killed a dozen people and has further threatened to unravel the troubled Palestinian…

The Rwanda Defense Force (RDF) reported on Saturday the arrest of 19 armed militants from Burundi who illegally crossed the border between the two countries. According to the RDF, the fighters identified themselves as members of the RED Tabara rebel group and were arrested last Tuesday in Nyaruguru district. The Rwandan armed forces have reported…

WASHINGTON — At least 45 Democratic challengers in 34 districts raised more money last quarter than the Republican member of Congress they’re hoping to defeat in November, according to new campaign finance reports. And that figure, which Democrats compiled and were touting to show their strength, does not include the dozens of places where GOP…

The European Council president struck a conciliatory but realistic tone on a possible future relationship, as he unveiled his draft guidelines for the negotiation of post-Brexit ties. Mr Tusk said: “The UK will be our closest neighbour and we want to remain friends and partners after Brexit – partners that are as close as possible,…

Donald Trump in the White House – Contact WASHINGTON, 12 Nov. – The president of the United States, Donald Trump, has announced that this week he will spread the transcript of a telephone conversation he had with the Ukrainian president, Volodimir Zelenski, before the controversial call that has led the Democrats to promote…

Boris Johnson visits a factory in Northern Ireland – Andrew Parsons – Archive LONDON, Feb. 19 (EUROPE PRESS) – The Government of the United Kingdom has revealed on Wednesday the details of its immigration system by points, under which the granting of work visas will be conditioned to poorly qualified foreigners or who do not…