The inhabitants of Mexico City know that spring has arrived, when the sky and ground are painted purple. This is thanks to the jacarandas outbreak, which occurs in late February and ends in June.

Below we explain how the arrival of these trees was to the country's capital and how much it costs to live in the areas where you can enjoy their beauty.

Why are jacaranda trees in certain areas?

It was thanks to the gardener Tatsugoro Matsumoto that today you can see these trees in certain areas of the city. From Alameda Central, Condesa and Anzures, to Chapultepec, Lomas de Chapultepec, Polanco and Del Valle.

This work was done at the request of former President Porfirio Díaz, whose intention was to diversify and improve the urban image of what is now known as CDMX. 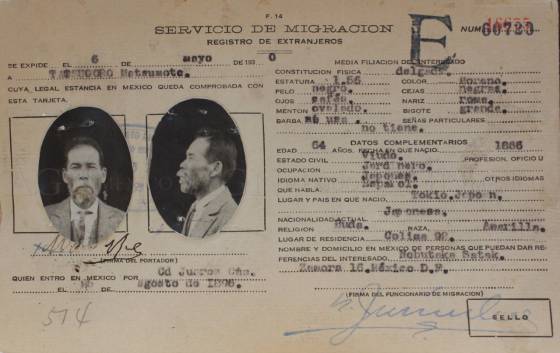 One of the areas where Matsumoto was concentrated was the Roma neighborhood since, according to the EFE news agency , it was one of the most elegant neighborhoods in the city and the preferred place of the new rich that emerged during the Díaz government.

These people lived in large houses with gardens, so they needed someone trained to take care of those spaces and Matsumoto was the ideal person. It was from that moment that he began to be appreciated within the wealthy sectors of Porfirian society and perceived as a landscape architect.

Thanks to the intense work of Matsumoto, as well as the type of climate and soil in the city, these trees are preserved and have proliferated today.

According to information from the Ministry of the Environment (SEDEMA), in CDMX there are two types of soil, urban and conservation.

Jacarandas predominate in urban areas, the region where most of the population lives. This type of land is characterized by being in the downtown area and having long avenues with large buildings.

On the other hand, the conservation soil is the rural area located in the mountainous and lacustrine zone of the south west of the city, and where almost a quarter of the population lives.

Why live in a place with jacarandas?

According to Leonardo González, Real Estate analyst at Propiedades.com , the urban image plays an increasingly important role in the intention of buying a home as well as in the level of satisfaction and integration with the environment.

Of the CDMX sites where there are jacaranda trees, Alameda Central is the cheapest to live in. According to the Values ​​section of Properties.com, the average price of an apartment for sale in the downtown area is 1.4 million pesos and for rent it is 13,317 pesos per month.

Anzures and Del Valle follow, places where the average price of an apartment for sale ranges between 4.1 and 4.5 million pesos and for rent between 18,199 pesos and 20,268 pesos per month.

Later there is Condesa, where you can appreciate the beauty of the jacarandas in the Mexico and Spain parks. In this area, an apartment for sale has an average price of 6.2 million pesos and for rent of 27,053 pesos per month.

Bosque de Chapultepec and Lomas de Chapultepec are other areas to enjoy the natural beauty of these trees. In both places, the average price of an apartment for sale is 15.1 million pesos and rented is in the range of 46,256 and 52,830 pesos per month.

Finally, in Polanco the average price of an apartment for sale is 17.3 million pesos and for rent it is 50,670 pesos per month.

Given the urgency to continue operations, many companies wonder when everything will be “back to normal”, although there may be some changes in consumer needs and habits by then. Increase your business, Not your inbox Stay up to date and subscribe to our daily newsletter now! Read for 5 min 5 key points to understand…

The canines are part of a pilot program that is carried out on a voluntary basis with passengers. 2 min read In the United Arab Emirates, they conducted dog tests similar to those in Finland with police dogs. Studies have shown that canines can detect the disease five days before patients with clinical symptoms. An…

In March, the “boy from Oxxo” became famous on social networks by taping a video responding to a customer who had bought condoms and some halls. Elías Nvarro, with his real name, continues to gain success, now the hamburger chain Burger King has hired him to be the image of their new campaign. In a…

Revive that abandoned account and use it to get more followers and promote your brand. The opinions of the employees of You are personal. 4 ways to fall in love with Twitter again According to the earnings report for the first quarter, Twitter appears to be struggling to maintain earnings Active users. This social…

From 9:30 a.m. you can take part in an event designed to raise awareness of the topic. Increase your business, Not your inbox Stay up to date and subscribe to our daily newsletter now! Read for 3 min This Saturday, #NoEsNormal will be the first digital forum to promote gender equality in Mexico Gender equality…