The International Court of Justice (ICJ) has ordered Burma to “take all measures in its possession” to prevent genocide against the Rohinghya Muslim minority.

In this regard, he has requested that he prevent the security forces from killing group members, causing them serious physical or mental harm, subjecting them to calculated living conditions to cause their “physical destruction in whole or in part” and impose measures to Avoid births of Rohingyas. In addition, the Government must prevent the destruction of any evidence of such crimes and preserve existing ones.

In addition, the Burmese Government must submit a report within four months detailing the measures it has taken to comply with the ruling, and continue doing so every six months until the ICJ issues its final verdict.

The ICJ has ruled in this way following the complaint filed by Gambia against the Government that Aung San Suu Kyi directs for the repression against the Rohingyas and that he had requested precautionary measures pending the court to issue a verdict.

Last December, during the preliminary hearing, it was precisely Suu Kyi herself who was in charge of defending the Government's position. The Burmese leader has been harshly criticized for the bloody repression campaign with which the Burmese Army responded in the summer of 2017 to a series of Rohingya militia attacks in the state of Rajine. As a result, more than 700,000 of them took refuge in neighboring Bangladesh. 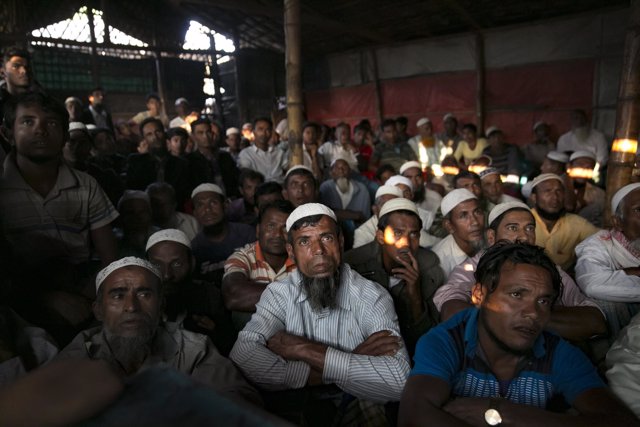 The UN commission of inquiry concluded one year after the Burmese Army had a “genocidal intention” in its response. “Military necessity would never justify indiscriminate killings, group rape of women, aggression against children and the burning of entire towns,” said the researchers of the mission created by the UN Human Rights Council.

Thus, and in the absence of internal accountability in the country, Gambia, with its Minister of Justice, Aboubacarr Tambadou, at the head, last November presented an appeal to the ICJ denouncing Burma for breaching the Convention on Genocide that prohibits this practice and to which the Asian country has been a part since 1956.

A CASE WITHOUT PRECEDENTS

This is the first time that a country denounces another without a direct relationship with the alleged crimes based on the Genocide Convention. The passage, the result of Tambadou's personal involvement after visiting Rohingya refugee camps in Cox's Bazar and his experience working in the International Criminal Tribunal for Rwanda (ICTR) for the 1994 genocide in the African country, is backed by 57 member states of the Organization for Islamic Cooperation (OCI).

The decision of the ICJ is legally binding, although the court does not have the means to demand compliance. Apart from what was decided on Thursday, the court – in charge of settling disputes between states – must now rule on whether Burma has committed genocide, which could take years.

Demonstrating that genocide has been committed is not easy and so far only three cases have been recognized since World War II: the one perpetrated by the Khmer Rouge in Cambodia in the late 1970s; that of almost one million moderate Hutu and Tutsis in Rwanda in 1994; and that of the 8,000 Muslim men and children killed in Srebrenica, in Bosnia, in 1995. Precisely, the ICJ already ruled in 2017 on the latter case, ruling that Serbia did not fulfill its obligation to prevent genocide.

For the associate director of international justice of Human Rights Watch (HRW), Param-Preet Singh, the ICJ order is “a momentous step to avoid new atrocities against one of the most persecuted peoples in the world.” The governments concerned and UN bodies should now intervene so that the order is applied while the genocide case progresses, “he has claimed.

In the opinion of the regional director of Amnesty International, Nicholas Bequelin, “today's decision sends a message to Burma's senior officials: the world will not tolerate its atrocities and will not blindly accept its empty rhetoric about the current reality in the state of Rajine” . 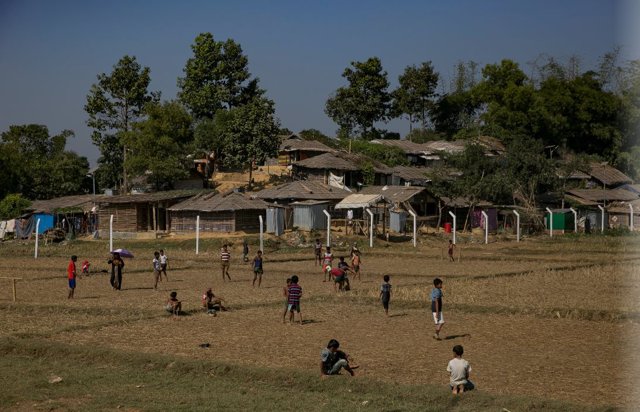 According to Bequelin, the around 600,000 Rohingyas who remain in this Burmese state “face a real risk of more atrocities.” “Until all those responsible for serious violations, including those with responsibility for command, report, these heinous crimes will remain uncontrolled,” he warned.

In this regard, the head of Amnesty International has claimed that “the UN Security Council must urgently refer the situation in Burma to the International Criminal Court.”

Regardless of what happens in the ICJ, the rest of the criminal and judicial proceedings are not exhausted. Thus, the chief prosecutor of the International Criminal Court (TPI), Fatou Bensouda, was authorized to initiate an investigation for crimes against humanity, in particular the forced deportation of 740,000 Rohingya to Bangladesh.

The decision was made after the ICTY magistrates confirmed that the court has jurisdiction, since the crime of deportation was completed in a State party to the Statute of Rome, Bangladesh, even though Burma is not a signatory. The fact that Burma is not part of the ICC requires that, in order to initiate a process on the situation of the Rohingyas, it must be the UN Security Council to refer the case, something that has not happened so far.

One in ten children is trapped in harmful labor, although child labor has decreased significantly over the past decade. The United Nations therefore urges an end to this “scourge” which “robs children of their future” “.

The new coronavirus pandemic originating in the Chinese city of Wuhan has left more than 411,000 deaths and more than 7.24 million infected worldwide, according to the latest Johns Hopkins University. According to data updated at 9:00 a.m. on Wednesday, the global coronavirus balance is 7.24 million cases and 411,279 deaths in 188 countries and…

Sexism, according to the law, is defined as “every gesture or deed” that is “clearly meant to express contempt of a person based on sex,” or considers a person inferior based on sex, or reduces a person solely to a sexual dimension, and which “gravely affects the dignity of that person as a result.” Violation…

As business groups clamour for clarity on future trading arrangements and warn of financial services firms enacting contingency plans to maintain EU access, Forbes said the country had risen in its rankings from fifth last year to first. The information specialist declared the UK was inside the top 25 nations in each of the metrics…

4 U.S. Caring for a Son With Cancer, and for Herself