Dozens of protesters are facing Molotov cocktails against the riot police since this morning at the Hong Kong Polytechnic during one of the most violent episodes since they began, last March, protests in the territory against the authorities and the Government from Beijing.

So far, skirmishes have resulted in an unspecified number of detainees and at least one police officer injured from a crush on one leg without fearing for his life. The clashes have occurred both in the street and inside some Polytechnic classrooms, such as the Independent Language Learning Center, where a police smoke bomb has exploded.

The increase in tension was due in part to the presence yesterday in the streets of Hong Kong of a group of Chinese military to collaborate in the cleaning tasks and dismantle the barricades of the protesters, an extremely unusual decision given that soldiers usually remain quartered and rarely interact professionally with the population of the territory so as not to warm up. 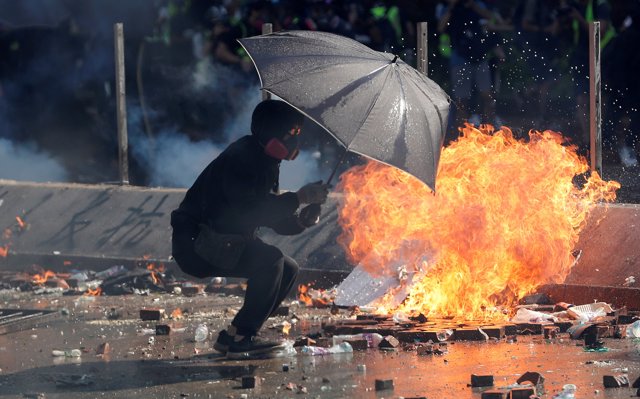 The clashes began around 10 in the morning when at least one hundred people began to remove the barricades from the immediate vicinity of the Polytechnic, at which time dozens of protesters ordered them to give up and leave the place immediately.

Several units of the riot police and at least two water cannons were immediately presented at the scene, which gave rise to the exchange of Molotov cocktails, stones, smoke grenades and jets of water dyed blue to facilitate the identification of protesters.

The Polytechnic is considered as the last redoubt of the group of protesters that has been occupying the universities of the territory all week, in a concerted action that has led to the overcoming of classes in all the study centers of the territory until, at least, lins. 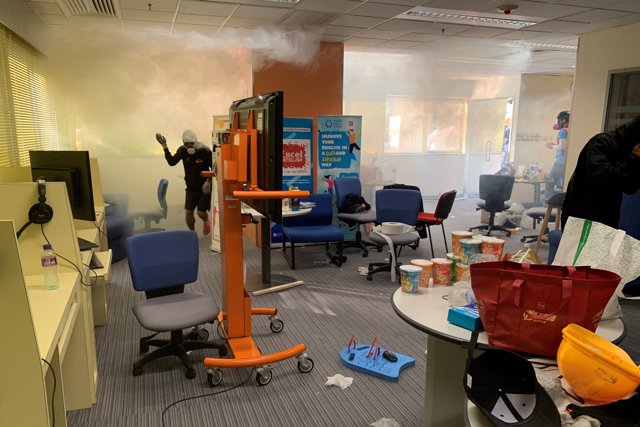 The Hong Kong teachers' union has issued a statement in which it has declared its “extreme concern” for these incidents and urged all parties urgently. “The current check situation is caused by the chain of decisions adopted by the Government and must be resolved responsibly,” according to the note, collected by the 'South China Morning Post'.

Participants are beginning to move the zone of hostilities to the Interport Tunnel near the Polytechnic while reiterating their intention to “normalize chaos” until the authorities do not meet their demands, starting with the main one, respecting the judicial independence of the territory.

“I, for my part, am supporting the movement more than ever,” said Jade, a 30-year-old protester. “The police are out of control, and they are doing everything possible to cause harm,” he added, before expressing his dismay at the presence of the Chinese military. 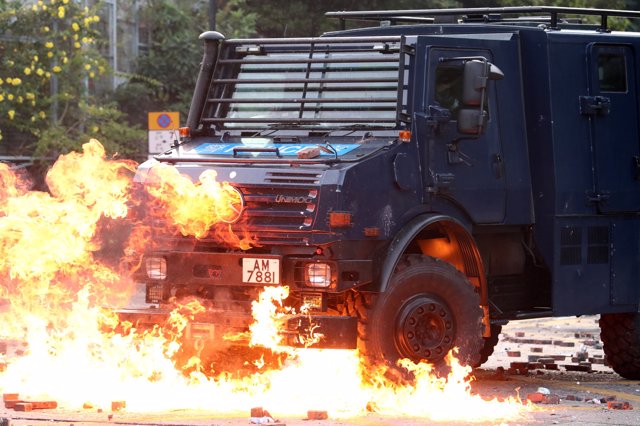 “I find it amazing that someone thinks they were clearing the streets of their own accord. Does anyone think they don't follow orders? It seems even illegal for me to come here, and I hate that the Hong Kong government doesn't say a word about it,” he said. sorry

Meanwhile, the injured agent, responsible for the Press service, is admitted to Kwong Wah hospital for treatment, with a stable prognosis. 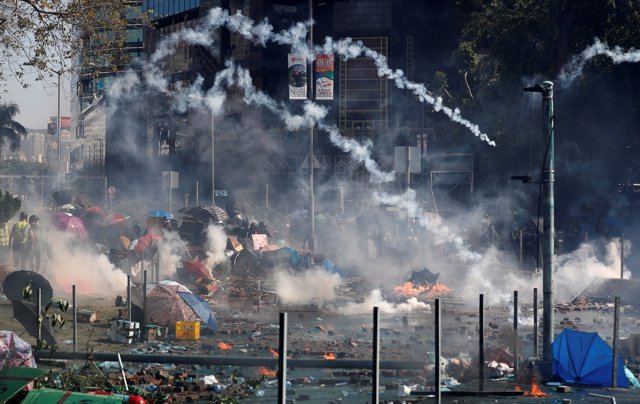 Former star of Grange Hill and lead singer of the 1980s band Monsoon, Sheila Chandra, lives with burning mouth syndrome. She describes it as “when you grab a hot cup of tea and take a huge mouthful of scolding tea…”. Julia Buckley travelled the world searching for a cure for her Ehlers-Danlos syndrome (EDS). After…

Members of Mercosur — the trade bloc that includes Brazil, Argentina, Uruguay and Paraguay — have jump-started trade negotiations with the European Union, which officials say are closer than ever to a breakthrough after languishing for years. Canada, which is worried about the potential unraveling of the North American Free Trade Agreement, has begun negotiating…

President Donald Trump frequently uses his luxury properties for government business and leisure, prompting ethics concerns over a president appearing to promote his private enterprise at public cost. On Friday, the president, who is spending the holiday at his Mar-a-Lago resort in Palm Beach, Florida, hit the links at his nearby club for the sixth…

Steam plumes rise as lava from a fissure enters the Pacific Ocean on Hawaii’s Big Island on Monday near Pahoa. The lava haze, or “laze,” is created when molten rock hits the ocean. It is just the latest hazard from a volcano that has been generating earthquakes and spewing lava, sulfur dioxide and ash since…

The policy aims to cut down on using emergency rooms for non-emergency health care needs, but doctors say the policy will discourage patients from seeking care because they fear the bill won’t be covered.

Timelapse footage shows Dippy being built at Birmingham Museum & Art Gallery. Dippy the diplodocus stood guard in the entrance hall of the Natural History Museum in London for more than 100 years but is now on a tour of the country. The 21m (70ft) long replica of a diplodocus has 292 bones and comes…