The year 2019 that ends has been marked by a decrease in violence in some of the major conflicts today, such as those in the Central African Republic, South Sudan, Syria or Yemen, but for now neither can be closed, although in both First there are peace agreements that are not yet fully settled.

As a result, humanitarian needs have not been reduced and, in fact, according to UN estimates, one in every 45 people needs assistance or, in other words, 168 million worldwide. In addition, the number of people forced to leave their homes continues to rise, with a record 70.8 million that includes 25.6 million refugees.

However, some progress and milestones have been achieved over the past twelve months. Sierra Leone banned female genital mutilation in January, a practice of which 90% of the country's women and girls were victims. In addition, this December, the court of the Economic Community of West African States (ECOWAS) annulled the rule that prohibited pregnant teenagers from attending class in this country.

Along the same lines, in July, Mozambique passed an innovative child marriage law that contemplates that any traditional or religious authority that officiates such a link can be punished with up to 2 years in jail, while family members or other obligors Children to marry can also receive sentences of up to 8 years.

“Child marriage ends the hopes and dreams of thousands of girls in Mozambique. Establishing a law that prohibits marriage before age 18 is undoubtedly a key step,” said Javier Ruiz, director of World Vision.

Amnesty International highlights that in August, Saudi Arabia announced important reforms that soften some of the main restrictions imposed on women such as the right to obtain a passport with which to travel without the permission of a male guardian; the registration of marriages, divorces, births and deaths, as well as requesting the family book. Months before, the driving ban had been lifted.

These advances, Amnesty International emphasizes, are an attempt to “whiten the image” by the kingdom and are the result of “the tireless work of feminists and activists who are now in prison or who are still being prosecuted in the country.”

Following legislative changes, Oxfam emphasizes the approval in May in Peru of a law against tax evasion that will increase revenue by 1% of GDP. “In a region such as Latin America, where inequalities have taken people to the streets during this 2019, this measure has the potential to mark a line that leads other governments to raise more than they have more and to achieve that large companies comply with their tax obligations to be able to finance public policies aimed at the welfare of the majority, “says the NGO.

For the UN Children's Fund (UNICEF), it is good news that on the 30th anniversary of the Convention on the Rights of the Child “children have been heard more” and their concerns have been more taken into account.

An example of this, the UN agency dismisses, is the official complaint to the Committee on the Rights of the Child, presented by 16 young people from twelve countries, including Swedish activist Greta Thunberg. The teenager, in addition to being one of the protagonists of the recent climate summit in Madrid, has been named as Person of the Year by the magazine 'Time'.

In recent years, schools in many countries of the world in conflict have become targets, depriving hundreds of thousands of children of their education. Save the Children is actively working for countries to join the Declaration of Safe Schools. When the III Conference was held in May in Palma de Mallorca, only 89 countries had signed the declaration but in November, with Ukraine, it reached 100. In 2015 there were only 37.

The director of international cooperation of the NGO, David del Campo, celebrates the progress but emphasizes that “we still have many challenges ahead.” “It is essential that States recognize the dangers that affect education in countries at war and improve the protection of children,” he claims.

At the health level, Doctors Without Borders (MSF) highlights the approval of the third tuberculosis drug in more than half a century, the pretomanide, which is also the first developed as part of a treatment regimen ready for use. In addition, the section in South Africa of the NGO has achieved that its project in Eshowe, in KwaZulu Natal, exceeds the objectives set by UNAIDS one year before 2020.

Thus, it has achieved that 90% of people living with HIV know their status, 94% continue treatment with antiretrovirals (ARV) and 95% have an undetectable viral load, “which in practice means they cannot transmit the virus and they can lead a completely healthy life, “says MSF. 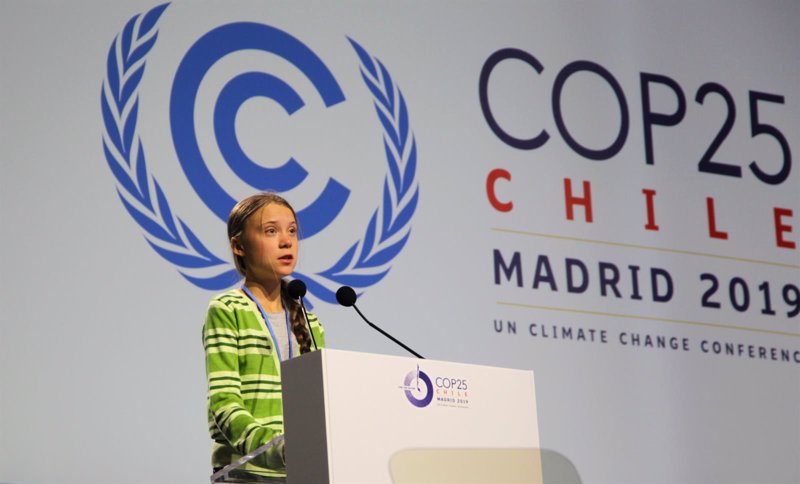 In addition, in April, Malawi became the first country to provide the first malaria vaccine, after the clinical trial phase helped prevent the disease in approximately 40% of cases. According to the World Health Organization, it is “the first, and to date the only, vaccine that has been shown to significantly reduce malaria in children.”

On the health level, the International Committee of the Red Cross (ICRC) sets an example of good news to Ahmed, an Afghan boy who lost a leg through an antipersonnel mine and whose image dancing and celebrating his new orthopedic leg went viral.

“The ICRC is happy to have been able to help thousands of people like Ahmed get on with their lives. That is the good news. The bad news is that our services are still very necessary 20 years after the last version of the Afghanistan war, “says the agency.

On the other hand, MSF also values ​​as positive “the end of the blockade of Italian ports to the search and rescue NGOs in the central Mediterranean” after the departure of the Government of Matteo Salvini. The NGO emphasizes that “it represents a positive step towards a more humane response to suffering” of those who try to reach Europe by sea.

However, they add from the organization, Europe still lacks a “predictable European mechanism” of landing and not all EU countries support the main countries of arrival of migrants and refugees.

In another order of things, Kyrgyzstan became the first country in the world last July to end statelessness by granting nationality to the last stateless people in its territory. The UN High Commissioner for Refugees (UNHCR) launched in 2014 the #IBelong campaign to end statelessness in a decade but for now no other country has joined. In the world there are between 10 and 15 million people deprived of citizenship.

There have also been positive milestones at the judicial level, such as the 30-year prison sentence issued by the International Criminal Court (ICC) against the former Congolese warlord Bosco Ntaganda for war crimes and against Humanity in the east of the Republic Democratic Republic of the Congo (DRC), highlights Human Rights Watch (HRW).

Likewise, the NGO values ​​positively that in September the UN Human Rights Council approved the creation of a commission to investigate extrajudicial executions, forced disappearances, arbitrary detentions and other cruel and inhuman treatment registered in Venezuela since 2014.

Along the same lines, Gambia has chosen to bring Burma to the International Court of Justice (ICJ) for the alleged genocide against the Rohingya Muslim minority. In a hearing held in mid-December, the African country requested precautionary measures pending trial. The one in charge of defending the position of Burma was its current leader, Aung Saan Suu Kyi, Nobel Peace and strongly criticized for denying the persecution against the Rohingya. 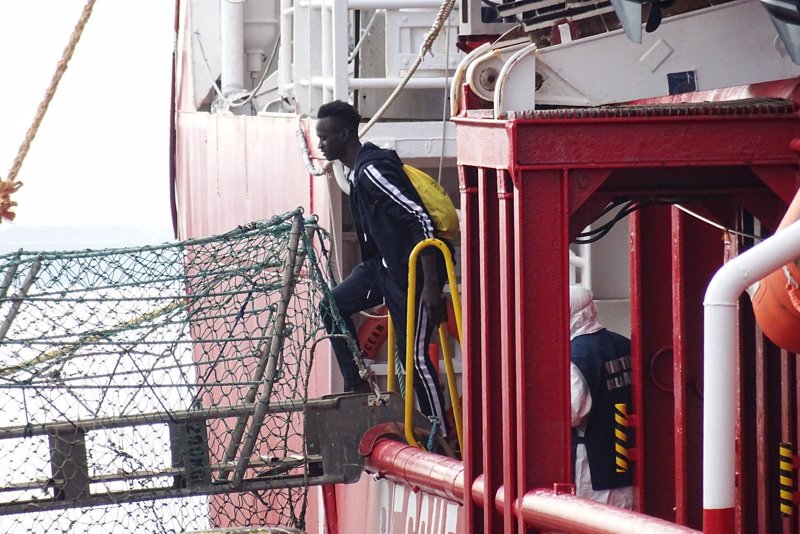 Immigrants disembarking on the coast of Sicily, Italy – REUTERS