One of the consequences of the pandemic could be an inevitable process of bank consolidation on a global scale, which Mexico will not be spared. There is evidence that this process is already underway and these are the causes of the phenomenon.

The first news is that despite the impact of the virus on bank finances, bank consolidation would not be the result of an industry crisis. The cause of this consolidation process is the evidence generated by the pandemic in that sense Banks can and should be more efficients and for that they already have an ally, it’s called technology.

The digitization process of the world banking system is irreversible. It has been proven that this way banks increase their profitability and efficiency. Unfortunately, as with everything, there is always a cost The closure of physical offices and the liquidation of thousands of employees in the industry could be one of the hallmarks of the years to come.

Banks will be the pillar of recovery, but they have to merge: Lagarde

Recently, the President of the European Central Bank (ECB), Christine Lagarde, indicated that the banking sector will be one of the pillars of recovery in the region in order to strengthen it It will be necessary to encourage mergers between them so that they can be strengthened in the face of immense competition in the world.

Lagarde’s words leave no doubt about what is happening in the old continent, but what started last Monday in other parts of the world as well. Spanish bank BBVA announced the sale of its US subsidiary to PNC Financial Services for $ 11.6 billionin a deal precisely interpreted by analysts as part of the group’s strategy to consolidate in its main markets. Also on Monday, BBVA itself announced that it was examining the possibility of a merger with Banco Sabadell.

CaixaBank and Bankia are also considering a possible merger and while this is not new, the banking trend towards consolidation appears to have gained strength due to three axioms that all managers of large and small banks have used when discussing this type of operation System: Digitization, efficiency and profitability are the criteria that will determine this type of operation in the years to come. 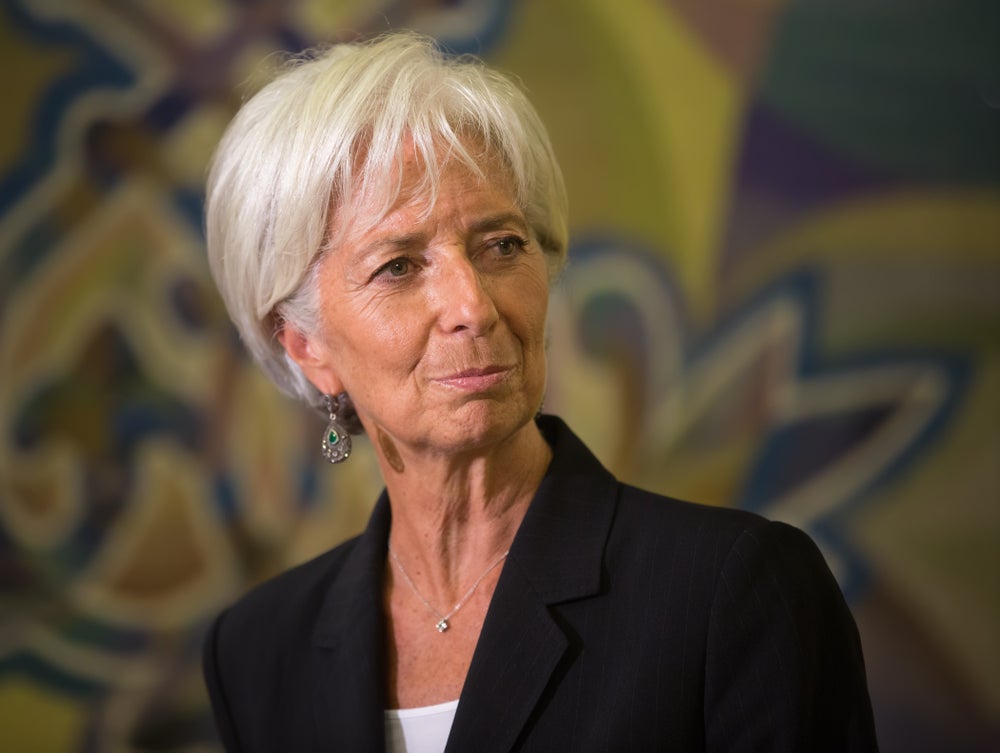 Christine Lagarde pointed out that the banking sector will be one of the pillars of recovery / Image: Depositphotos.com

For now, these are the possible mergers

Spanish banks not only seem to be in a consolidation process, but also in Germany, France, Italy and Switzerland, to name just a few relevant countries, the trend is gaining ground. It’s not something that is barely talked about, but it’s gaining momentum now.

For example the German bank German bank does not hide his intentions as he failed in his attempt to unite CommerzbankBank CEO Christian Sewing himself told the local press that he does not rule out a new attempt for next year. Some European analysts even consider it a merger outside the community, with Swiss bank UBS being one of the strongest candidates. For its part, UBS would have other institutions like the one on the list Commerzbank, Barclays, BNP Paribas, Lloyds Banking or even his own Credit Suisse.

BNP Paribas he still hides his intentions and looks inside and outside France, a possible amalgamation Societe Generale According to the Paris media dealing with the issue, this is not entirely ruled out. But not only these two French giants have a possible merger on their agenda, which should be consolidated Credit AgricoleOne of the oldest French banking institutions is in talks with local and foreign banks. A very strong candidate is an Italian institute.

Since this is Italy, the largest bank in the country by number of customers, Unicredit, has been looking for a local candidate to buy and expand its activities for months, or a foreign bank to merge and move forward in Europe. It was only last September that the merger of Intesa Sanpaolo, the largest Italian bank by market capitalization, was announced, which was merging with Unione dei Banchi Italiane.

The UK, Belgium, the Netherlands and virtually all European nations are talking about the banking trend towards business consolidation these daysA trend that can hardly be stopped in the rest of the world. 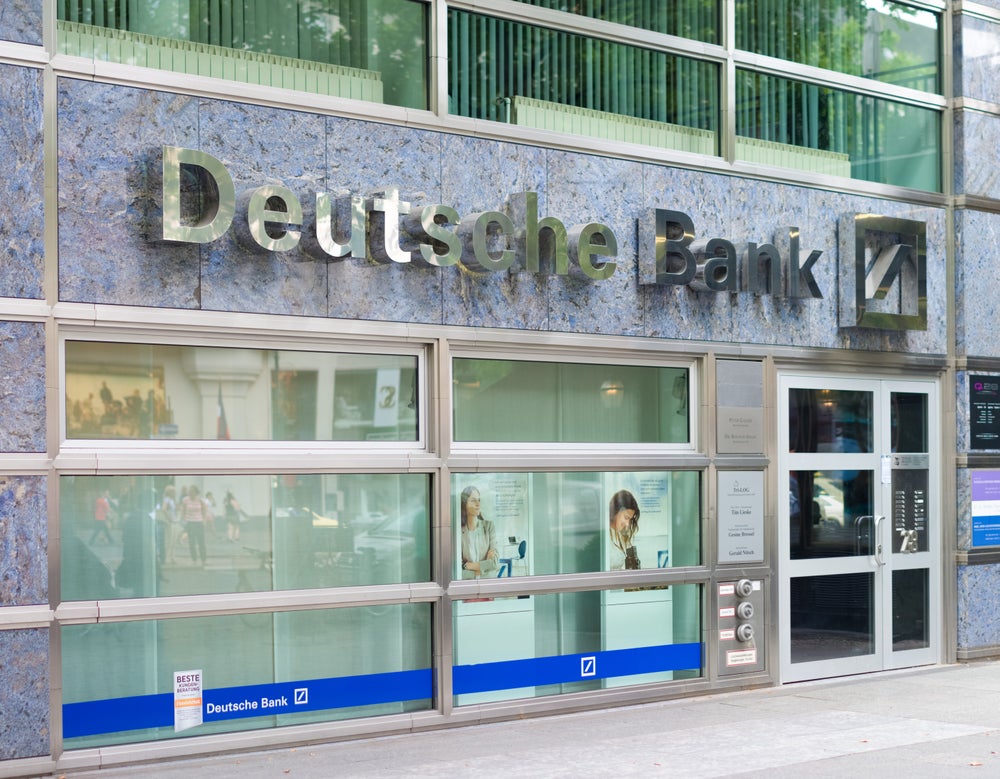 Deutsche Bank Deustche Bank has not hidden its intentions as it failed in its attempt to merge with Commerzbank / Image: Depositphotos.com

The price for bank consolidations is paid by the employees

Everything has a cost, in the case of the wave of bank consolidation, which is already a trend in Europe, the layoffs have multiplied and this is one of the main negative consequences.

According to Reuters and Bloomberg news agency Only the 8 main Spanish banks have a balance of 850 closed branches and 2,300 liquidated employees in the first 9 months of 2020. However, everyone agrees that this is just the beginning. Most Iberian banks have plans to cut staff and close more branches in at least 2020, given the relentless digitization process they are underway.

However, these cuts mentioned do not include early retirement plans, which institutions have also been very active on this year, and this is expected for next year as well. A high percentage of layoffs corresponds to the five largest banks in the country, according to Bloomberg.

Almost all of the world’s major banks operate in the country, the most global. Hence, sooner or later this consolidation process will reach the Mexican banks. The parameters will be the same: digitization, efficiency and profitability.

Cyber ​​criminals are using coronavirus vaccine distribution to sell fake versions of the drug at inflated prices. 3 min read Sales of counterfeit vaccines against COVID-19 increased by 400% in the “dark network”. The Cyber ​​criminals have exploited the distribution of Covid-19 vaccinations Sell ​​fake versions of the drug to users of the “Dark Web”….

Nathan Tankus has followers of the Wall Street Journal, the New York Times and even the United States Federal Reserve. Increase your business, Not your inbox Stay up to date and subscribe to our daily newsletter now! Read for 4 minutes The 28-year-old untitled student who became one of the most renowned economists in the…

The instant messaging application notifies its users of changes and modifications to the terms of use. 3 min read WhatsApp displays ads. If you are not in favor, you can delete it One of the characteristics that make a difference Whatsapp These are the updates that will be made from time to time. This instant…

It is very difficult not to live on a salary and live on your dream. If you are not ready to change your mindset, you are not ready to start. Increase your business, Not your inbox Stay up to date and subscribe to our daily newsletter now! The opinions of the employees of s You…