The leaders of the Christian Democratic Union (CDU) of German Chancellor Angela Merkel will meet this Friday in an extraordinary session to assess the union of the party to the ultra right-wing Alternative for Germany (AfD) to elect Thomas Kemmerich as Prime Minister of Thuringia.

The leader of the CDU, Annegret Kramp-Karrenbauer, has traveled this Thursday to the capital of Thuringia, Erfurt, to hold a meeting with the regional leader of the party, Mike Mohring.

Liberal Kemmerich was surprisingly elected Wednesday as prime minister of the federated state of Thuringia in the third round of voting thanks to the support of AfD and the CDU, but announced Thursday that he wants to resign and his parliamentary group plans ask for the dissolution of parliament. This step would allow the calling of new elections in this German region. 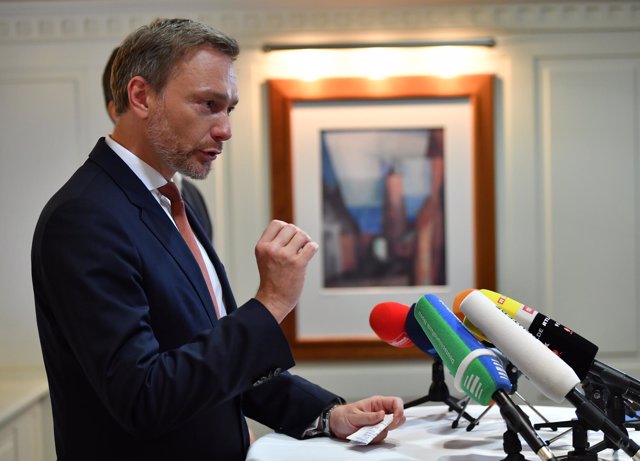 Thomas Kemmerich, elected Prime Minister of the German state of Thuringia with the support of the Christian and ultra-right-wing democracies – Martin Schutt / dpa-Zentralbild / dpa

Merkel called Kemmerich's election “unforgivable” and claimed a correction, thus indirectly placing himself on the side of those who requested a new call for elections.

The liberal candidate, whose party exceeded the threshold of 5 percent to enter the regional Parliament in the elections held a few months ago, prevailed over the outgoing Prime Minister Bodo Ramelow, of the Left Party. This is the first time a prime minister is elected with AfD votes.

Kemmerich intended to form a minority government in conjunction with the CDU, the Social Democratic Party (SPD) and the Greens, but these last two formations refused. This coalition could only have ruled in Thuringia with the support of the Left, the outgoing minister Ramelow, or the right-wing AfD.

It promises to be a hard-fought battle when Manchester United boss Jose Mourinho hosts his former team Chelsea at 14:05 GMT on Sunday. It is third versus fourth, Mourinho versus bitter rival Antonio Conte, and victory for Mourinho’s team would take them back into second above Liverpool in the Premier League table. More than 60,000…

The Trump administration is shutting off protections for people who have lived in the United States for nearly two decades and has started the clock on their forced return to violence-plagued, politically volatile and poverty-stricken Honduras. The Department of Homeland Security announced it was ending the protection for Hondurans but has delayed the shutdown date…

The governments of Uganda and Chad have denied the allegations, as has Mr. Gadio. If convicted, Mr. Ho could face more than a decade in prison. At a hearing in Federal District Court in Manhattan before Judge Katherine B. Forrest, he pleaded not guilty to all eight charges. His lawyer, Edward Y. Kim, declined to…

Kim’s visit also comes ahead of an agreement by U.S. President Donald Trump to meet with Kim. When the meeting was announced, a date of sometime before May had been suggested. Trump and Kim have traded barbs over the last year over North Korean missile tests, including tests of intercontinental ballistic missiles, and its nuclear…

Image copyrightAFP Betting firms Ladbrokes, William Hill, and PT Entertainment have agreed to change online games promotions after pressure from the regulator. The Competition and Markets Authority (CMA) said punters must be able to cash out when they want, and not have to play more to release winnings. It said that “gambling firms must now…

PARIS — The Louvre Museum is putting 31 paintings on permanent display in an effort to find the rightful owners of those and other works of art looted by Nazis during World War II. The Paris museum opened two showrooms last month to display the paintings, which are among thousands of works of art looted…