Millennials face one of the greatest challenges that every generation has faced for decades: if they still have many years to go to think about retirement, they were already facing a major recession between 2008 and 2009, and now they are facing one major recession Yes, the one that could be the greatest recession in 90 years with the likelihood that it will return An economic depression with a reluctant forecast. It is the first generation in human history to experience two almost consecutive global crises in its most productive time. (Surely globalization is a relatively new phenomenon in the long run).

The picture is even more unfavorable because it will not be this generation that primarily designs and then implements the strategy to try to save the economy from the planet of recession and / or depression; Most of today’s leaders are not millennials around the world, so they must adapt to the aftermath of the crisis and hope that what is done will produce the expected results. If not, the future of millions of young people around the world will become increasingly bleak in times of peak labor productivity, and when many of the millennial generation begin to “peak” in earnings.

Generation X affected by the crisis, the Millennilas are seriously threatened 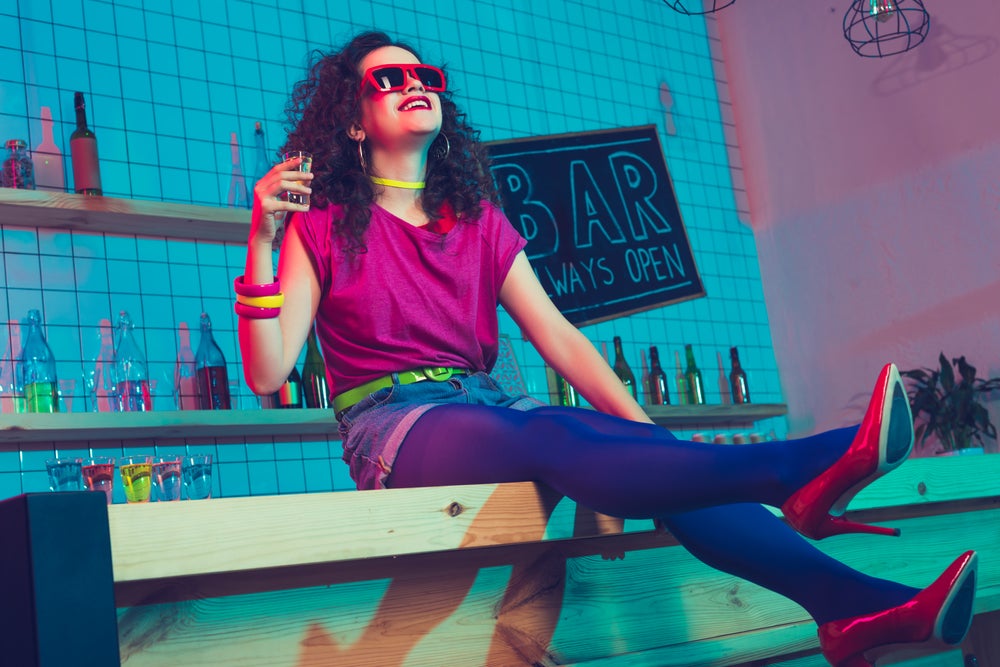 The ancestors of Millennials, Generation X members, lived in a permanent crisis. This generation has been shaped by this phenomenon for life and everything indicates that it will die like this. In a way, generation X economic crises are what the lack of color of water in its natural state, that is, it is almost its nature.

However Some of the crises that this generation suffered from were local or at most regional. Perhaps the crisis that characterized Generation X members (at least those who live in developing or underdeveloped countries or in the Third World, as they were called), is the lost decade, the decade of the 1980s. This crisis characterized the generation because it occurred precisely when the majority of its members entered the workforce or were already in the crisis, trying to consolidate or to cancel the flight, and the crisis stopped the attempt.

This crisis had ramifications that lasted for years, in practice over the 1990s They were also very complex, precisely because past mistakes had to be paid for. Opportunities declined and Generation X members now make up a high percentage of the informal economyto name some of the activities they are dedicated to due to the lack of opportunities that have provided them with economic deprivation and lifelong opportunities for many of their members.

In summary, Generation X was killed by the crisis; in this scenario The great recession of 2020, or what’s to come, is the result of a life that has sunk into economic crises.

Apparently the millennial generation was called to be different, but above all not to suffer like its predecessors, on the contrary, the economic upswing could be its main characteristic.

However, the first decade of the century started badly, and the second seemed different until everything started to fall apart in December 2019. At the beginning of the 21st century, the New York terrorist attacks hit the first millennial generation (born between 1981 and 1983) to take their first steps on the job market. The recession caused by these attacks shocked her, but not excessively, although it seemed to be the first warning over time.

After a short period of stability (2002 – mid-2008), the first major crisis that this generation experienced was that of mortgages; the first blow for the millennial generation.

Only 12 years later, when the first members turn 40, appears the greatest challenge that every generation has faced for decades because Everything indicates that they will experience the biggest recession in 90 years, and it is expected that young people, millennials, and even some centennials Those who are already starting their professional lives are most affected and see a drastic decline in employment opportunities in the coming years. If the lack of trust in the world has not yet fully started and it is not known what will come next, companies like the International Labor Organization and the International Monetary Fund (IMF) have already argued that the most affected population in the world is The The job market will be that of young people.

Lower wages, lack of opportunities, little or no unemployment benefits and a broad pre-retirement work landscape are currently the scenario for most young people around the world and it is not the best. 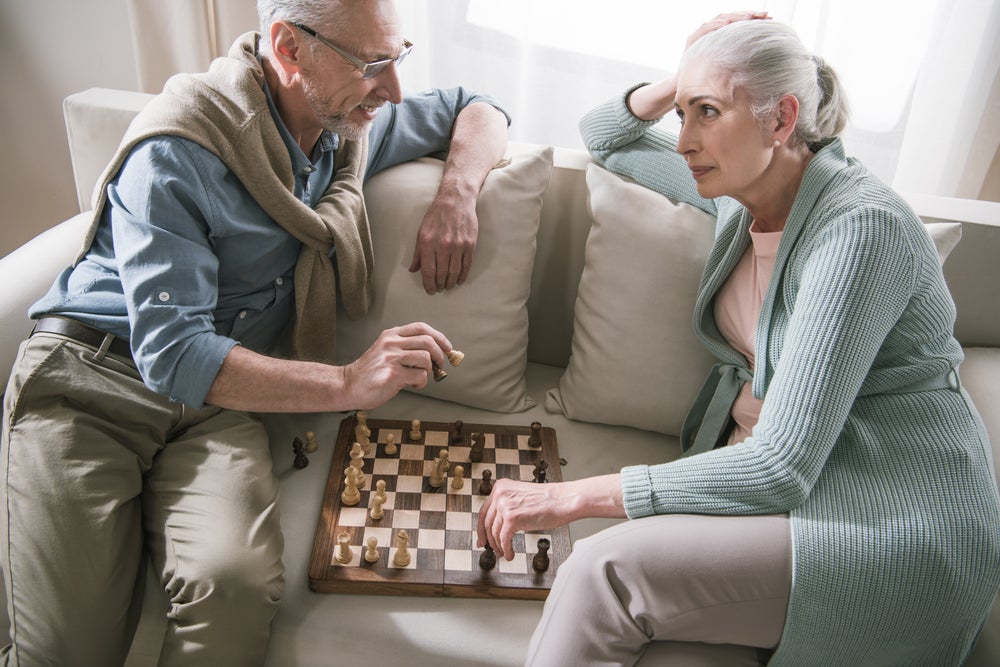 A relevant aspect of the crisis is that the strategy to get the world out of it and / or to avoid getting depressed is not designed or led by millennials, since the vast majority of the world’s leading politicians belong to other generations.

It is very clear that the President of the United States, Donald Trump, is currently 74 years old, His generation is the Baby Boomer and that’s why he understands the world in a completely different way;; Chinese President Xi Jinping is 67 years old when he was born in 1953. With all the mystery that covers these characters in a country like China, it’s a fact that his way of thinking and acting is far from the millennial generation. President Angela Merkel is only one year younger than Xi-Jinping, also far from the generation that the world should already have in hand, or is about to receive it and who knows under what conditions. Another leader is British Prime Minister Boris Johnson, who was born in 1964 and is a 56-year-old member of Generation X.

When we go to Russia, the wild President Vladimir Putin is 58 years old and of course his expectations are different. Italian Prime Minister Giuseppe Conte is 56 years old.

Only two leading figures in the world are relatively close to millennials because they are less than 50 years old. Perhaps they could be more sensitive to young people in this crisis to present problems that are trying to keep them from the dark panorama they are facing, although their global influence is not. The President of France is crucial Emmanuel Macron what has 43 years, while the Prime Minister of Canada, Justin Trudeau account 48 years old. In Mexico, our president is over 60 years old.

In their short existence, millennials have faced a complex world that they shouldn’t face. Unfortunately, when Generation X is the generation of economic crises, millennials look very similar, and the worst thing is that what they suffer is not caused by them and is therefore not their fault, but it could mark them forever.

At just 34, the San Francisco 49ers' offensive assistant will make history next Sunday. February 1, 2020 5 min read This story originally appeared on High Level Meet Katie Sowers: She will be the first female coach in a Super Bowl By René Gonzalo Hernández With just 34 years and in a world that still…

Learn more about the importance of online marketing strategies for companies and the need to synchronize efficient logistics, reliable information, goods identification and consumer delivery. Increase your business, Not your inbox Stay up to date and subscribe to our daily newsletter now! Read for 2 min How to expand your brand’s presence in the digital…

The famous donut and coffee chain will continue with a new movement in their strategic plan. Increase your business, Not your inbox Stay up to date and subscribe to our daily newsletter now! Read for 2 min Dunkin ‘is expected to close hundreds of U.S. offices by the end of 2020 In an apparently strategic…

In these challenging times, evolves to accompany you on the way back to the success of your business. We launched 4 online diplomas and the Homechool series, with leading speakers who will share their knowledge to overcome this crisis. The opinions expressed by collaborators are personal. These are times of immense challenges,…

Elon Musk and his SpaceX team are once again on the space mission. In this case, the 100th launch was achieved with Falcon 9, which put 60 Starlink satellites into orbit. 3 min read Falcon 9 is SpaceX’s 100th rocket ever to have been launched On Tuesday November 24th, SpaceX’s Falcon 9 rocket was successfully…

Earlier this Sunday, the Tesla and SpaceX CEO went to Twitter to despise Bitcoin and caused a significant surge in DOGE. 4 min read The opinions of the employees of You are personal. Dogecoin soared 25% thanks to a simple tweet from Elon Musk about the cryptocurrency The ability to Elon Musk influence the…