Change is the only constant and this applies to all aspects of life, so embrace it, recommended Leticia Gasca, co-founder of Fuckup Nights and CEO of Skill Agility Lab , when talking about the future of work.

During the sixth live class “Skills for the future of work in times of crisis”, organized by and IEBS   Through the HomeSchool initiative , Gasca recognized that the current COVID-19 crisis has transformed the present and the future of work.

How do we prepare for transformation? The specialist said that we must start recognizing that the world is experiencing the greatest changes in its history. These changes are due to different factors:

“The world is very VUCAT “, says the CEO of Skill Agility Lab. He refers to the fact that we live in a volatile world, with uncertainty, complex and ambiguous, as well as technological. 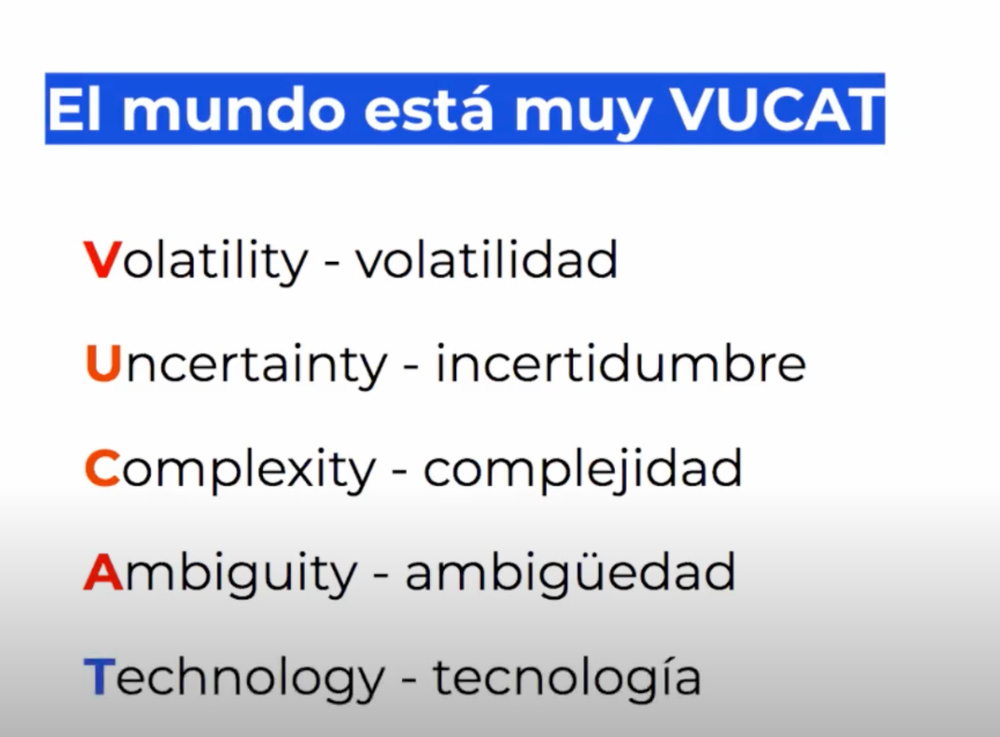 Future of work and the health emergency

Automation. Perhaps the first thing on your mind when asking yourself this question is to think about automation. In this regard, he explained that when it is implemented in companies, it does not do it gradually and constantly, but in bursts that focus on crises like this.

“During the three recessions in the past 30 years, 88% of job losses occurred in routine occupations,” notes a study by the University of British Columbia.

Another study from the University of Rochester indicated that out of 100 million job offers before and after the Great Recession, companies replaced automatable workers with a combination of technology and more skilled workers.

“But robots are not going to take our jobs away … most automation applications in the workplace increase human capacity, rather than replace it.”

Gig economy. Another segment that is undergoing changes is that of freelancers, in the so-called Gig Economy. There are more and more positions in this modality and the demand for freelance services is growing.

The gap between local employees and remote contractors is narrowing, with almost all working remotely.

“It is one of the most vulnerable work forces,” Gasca acknowledges. They have no health benefits, retirement plans, and their ability to earn money depends on their ability to work. The positive is that this crisis may force us to update the legal frameworks around this type of work.

Short trips. This isolation coincides with technological advances for communication and faster connections, so taking short trips for work will surely be a matter that will be modified.

I work from home. The future of work was advanced now that people are doing it from home. According to an Intal study, 24% of jobs are conducive to being done remotely.

Among the negative effects of working from home, the following stand out: surveillance software installed on workers' computers; the fact that older users will be less able to adapt to the virtual age and will be more marginalized; and non-disconnection. Gasca says that in some parts of Europe the right to disconnect is already legislated, it must be something that must be discussed so that people can really rest.

The four levels of development

An example of a company that has already known how to adapt to the new demands of the future of work for a long time is WordPress . This company founded by Matt Mullengweg has more than 900 employees dispersed in 70 countries and has not had a physical headquarters since its birth.

According to Matt, companies develop at four levels: Basic level, where 90% of the world's companies were before COVID-19; teleworking is a second stage; increased teleworking, where activity is asynchronous, where communication is essential; the fourth level, or nirvana, is the one where each person can design their working day. 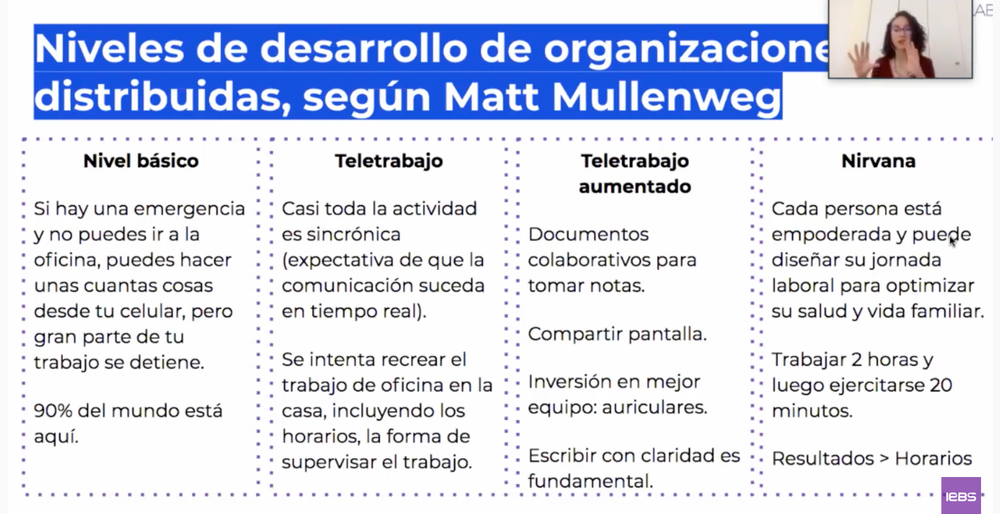 What are the skills that matter most for the future of work? Leticia Gasca says that in this changing world the only way not to become obsolete is to be learning all the time.

If knowledge is power, learning to learn is a super power.

Highlight the following skills to adapt to this future of work.

Additionally, you should improve your skills in:

Asked about the paradigms to break in this time of crisis, the co-founder of Fuckup Nights and CEO of Skill Agility Lab said that one who remarks that a third of life is dedicated to education will have to be rethought and that is all. “Education to be efficient must be throughout life,” he said and added, “we must stop thinking that the responsibility for education is in the hands of a single actor. But for this to work well, we all have to be jointly responsible. ”

You can download the compendium of 14 Critical Thinking Methodologies on the Skills Agility Lab page.

The opening time is at 10 a.m. The Mexican Banks Association and Claudia Sheinbaum also asked to change the payment dates to avoid crowds. Increase your business, Not your inbox Stay up to date and subscribe to our daily newsletter now! Read for 2 min Banks in Mexico City will change their opening hours to…

If things do not go as expected, follow these tips to regain focus. The opinions expressed by employees are personal. Have you ever had one of those days when you start with big plans but you just can't make progress? Maybe your agenda is saturated with meetings, your computer does not work, your cell…

The airline has announced new measures, here we tell you what you should know. Read for 3 min These are Aeroméxico’s new rules for exchanging and refunding tickets The impact of COVID-19 on the aviation industry was reported in a International Air Transport Association (IATA) said the $ 84 billion loss is expected in 2020….

Jupiter and Saturn will have a unique alignment for just five days for the first time in 800 years. 3 min read We tell you when and where to see the astronomical phenomenon that has not appeared since the Middle Ages This story originally appeared on Unknown Mexico The view of the night sky surprises…

These small automated warehouses in Walmart stores speed up order picking significantly. 2 min read This article has been translated from our English edition. Walmart opens dozen of robot-staffed logistics centers Original note on PCMag Walmart will increase the number of local fulfillment centers (LFCs) operating in the US to respond to demand for pickup…