Ignaz Semmelweis discovered that washing hands could be the difference between life and death, but his idea was rejected by his own guild.

Handwashing is the world's leading personal hygiene measure and our first line of defense against the COVID-19 coronavirus pandemic. But this idea was once revolutionary and even rejected in its time. A few days ago Google reminded Dr. Ignaz Semmelweis with a Doodle, who discovered that handwashing prevents illnesses and recommended it to other doctors … but he was disowned. 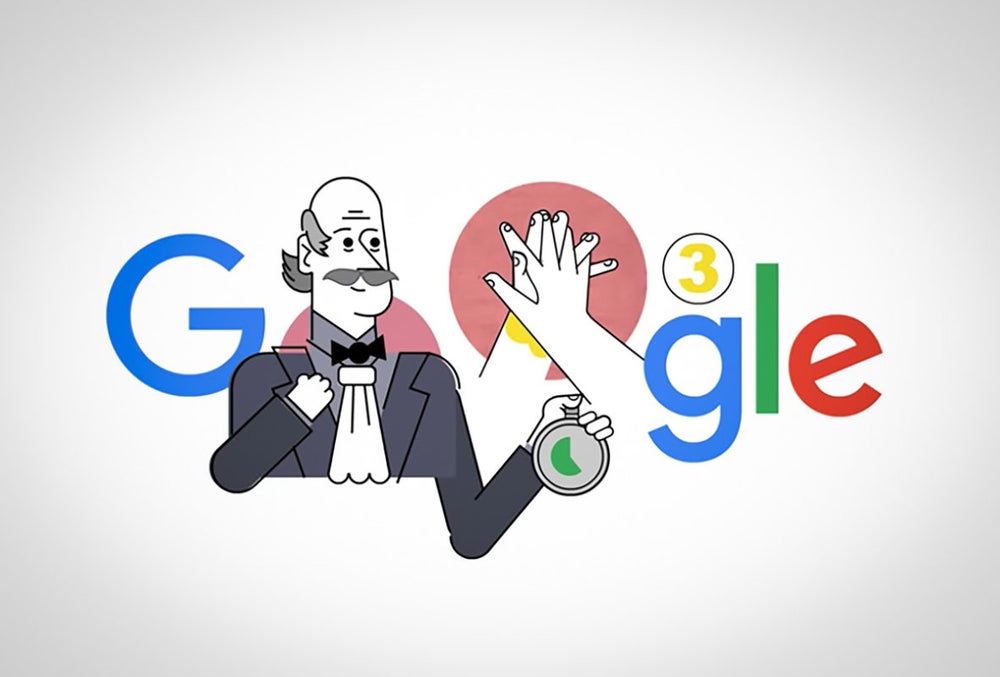 Who Was Dr. Semmelweis?

He was born on July 1, 1818 in Buda, Hungary. He was an obstetrician and was later known as the “mother savior” . On March 20, 1846 (that's why Google remembers it today) Imaz Semmelweis was appointed assistant to the director and chief of residents at the Maternity Clinic of the Vienna Hospital. A year later, he noted that in this hospital, the maternal mortality rate was 18.3% , since many women died after giving birth due to postpartum fever . The fear of contracting this infection was so great that many women of that time preferred to attend to their homes with midwives than to go to the hospital.

In an autopsy of one of these women, Dr. Semmelweis saw that an assistant accidentally cut another doctor with a scalpel, and days later he died with the same symptoms of postpartum fever. The doctor then deduced that the infection was being transmitted by the surgical equipment and by the doctors themselves. He ordered that he be sterilized and the rest of the staff had them wash their hands with a chlorinated lime solution. After this measure, in May 1847, the death rate fell to 5% and in the following two months there were no reported deaths.

Following this finding, Semmelweis organized a conference in which he gave doctors a simple tip: ” Wash your hands !”

The guild's response was one of offense and rejection . An elementary measure of hygiene in our days challenged the preconceptions of the doctors of that time and their vanity led them to deny the facts, despite the fact that these saved lives.

The repudiation of Semmelweis was so great that she had to return to Hungary, her native country, in 1850. She worked in the Budapest hospital and in the period from 1851-1855, only eight women out of 933 deliveries died of puerperal fever, a rate of 0.85% mortality. However, he never received the recognition he deserved in life and died on August 14, 1865 in oblivion, until other doctors resumed his work and realized the great advance he made to medical science.

As a curious fact, the act of rejecting facts (even if they are credited with data) is called “the Semmelweis Reflection” because they go against established beliefs. An idea scorned today can save lives in the future.

Nick Bilton’s documentary for HBO, Fake famous, presents the definitive indictment against anyone claiming to be “Influencer“For the film, Bilton and his team took a random person and bought his fake followers, likes, and comments to see if brands believed he was influential. Fake famous It certainly reveals fraud and deception, but more in the…

In Latin America, online sales rose an average of 230% this year. Are you ready to take advantage of it? 3 min read Google tools to sell more in these two weeks Unlike other years, year-end purchases like Good End differ due to the contingency due to COVID-19. This challenge also provides a good opportunity…

The company trained each of its employees in hygiene and hygiene safety to comply with strict protocols in each of its restaurants. Increase your business, Not your inbox Stay up to date and subscribe to our daily newsletter now! Read for 5 min Ready to return to Starbucks, Vips, Chili’s or The Cheesecake Factory? Alsea…

Read for 10 minutes This story originally appeared on high level What would happen if the workers’ forums were nationalized again? In Mexico, governments have had many problems generating income for decades. These incomes are so insufficient that what is achieved is generally used to cover current expenses and to finance government-related pharaonic projects, to…

Born entrepreneurs feel dissatisfied as employees, followers or consumers. They want to build and expand their companies. The opinions expressed by employees are personal. Most aspiring entrepreneurs carry it in their blood: they were born to undertake, so much that anything else in life could not satisfy them. They feel dissatisfied as employees, followers…