One of the people injured by the volcanic eruption that occurred on December 9 on the White Island of New Zealand has died in the last hours, which brings the number of fatalities to 21, as reported by the Police.

The security body has indicated that this person died Tuesday in a hospital in New Zealand because of the injuries suffered, as recorded by the local radio station Radio New Zealand.

At the time of the eruption of the volcano there were 47 people on Isla Blanca, including 38 passengers on a cruise. So far the death of 21 people has been confirmed: 19 in New Zealand and two in Australia. 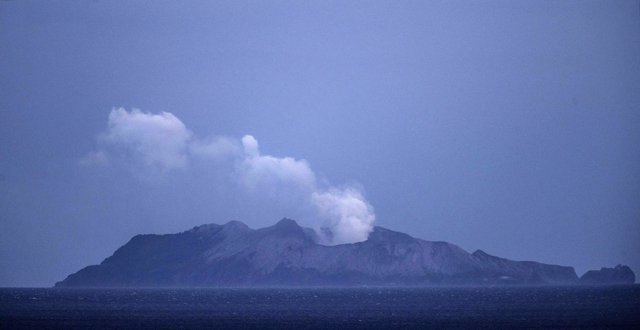 View of the volcano on December 10 – GETTY

There are two bodies that have not been able to recover, so these people have been killed by the New Zealand authorities. This is the New Zealand guide Hayden Marshall-Inman, who is believed to have returned to White Island to help with the rescue, and the Australian tourist Winona Langford.

The hospitals in New Zealand and Australia have needed the amount of skin equivalent to fourteen human bodies to replace the burned parts of the skin of the injured.

Last Thursday, Delcy Rodríguez, the president of Venezuela’s national Constituent Assembly, chided Mr. Robinson, saying he had “arrived to our country on the wrong foot!” Then, over the weekend, Ms. Rodríguez, Venezuela’s former foreign minister, announced that the top diplomats from Canada and Brazil had been designated persona non grata. In diplomatic parlance, that gesture…

at the age of 80 after several days in delicate health from being diagnosed with lung cancer last year, as reported by the Broad Front Party, of which he was Honorary President.

The Indian authorities confirmed this Sunday that the country has exceeded its daily infection record for over 20,000 cases for the fifth time in a row. A number that contributes to another tragic threshold that has been exceeded in the past few hours: that of the 16,000 deaths that have been confirmed since the pandemic…

Media playback is unsupported on your device Media captionKatie Price: “He can’t speak to defend himself, I can” Katie Price is appearing in Parliament to call on MPs to make online abuse a criminal offence. The reality TV star and model also wants to see the creation of a register of offenders. Her 15-year-old son…

The President of the Palestinian Authority, Mahmoud Abbas, has repeated his warning to cancel all agreements with Israel and the United States if parts of the West Bank are annexed, as the Israeli government is pondering the matter. “We have informed all international parties that if Israel takes this step, we will be released from…

Mental illness is the leading theory for a motive, several U.S. and Canadian law enforcement officials briefed on the investigation told NBC News. And while it appeared that the suspect acted deliberately, terrorism doesn’t seem to have been his motive, U.S. law enforcement officials said. The suspect had been involved in an online discussion about…