The attacker was identified as Michael Lofthouse and is the CEO of Solid8, an American startup.

“I did what I had to do,” said Cochran in an interview ABC news.

The yoga teacher added that it was incredible for her to hear the emotions in her tone and to watch her gestures in the video. He emphasized the fact that some people may feel vulnerable because they are going out to dinner for the first time after quarantine, making it unacceptable for anyone to attack them.

“I am not a mother, but I felt a maternal instinct. This is my family and I will do anything to protect them, “he added.

On the other hand, Jordan Chan, a member of the attacked family who submitted the complaint on Instagram, described Lofthouse’s attack as “unprovoked, unjustified, and exaggerated”.

“Racism is currently so widespread even in such an ethnically / culturally diverse and liberal state as California because Trump himself uses his position to stimulate racist tensions and promote aggression against people of skin color, foreigners and immigrants,” May in the publication read by Chan.

When the video went viral on social media, some internet users decided to create a fundraiser on the GoFundMe website to reward their performance. So far, an amount has been added that corresponds to almost 2 million Mexican pesos.

“We want to show our appreciation for everyday heroes who are doing everything to make the world a better place almost every day for those who deal with racism in all its forms,” ​​wrote Jeremy Stephens, organizer of the campaign. 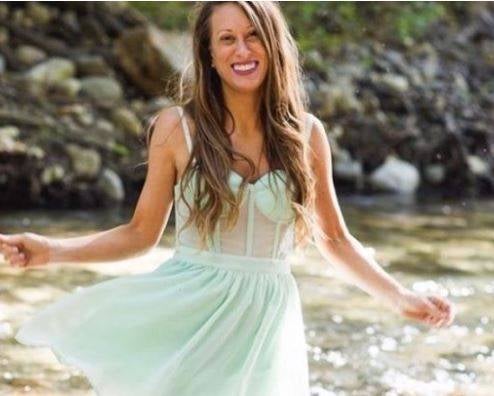 A spokesman for Bernardus Lodge praised his waitress’s behavior for defending “the brand’s intrinsic values,” as reported. CNN business.

On the other hand, Linda Lofthouse, the mother of the attacker who lives in rural Northumberland in England, spoke to him Daily mail Regarding the devastating effects his son’s words had on his family: “I just want to say that we are unreservedly apologizing to the family and everyone else who insulted us.”

He also explained that his son had addiction problems and that his other son’s wife, Richard Lofthouse, was Asian, so he could never imagine that his family would be racist.

According to reports from ABC newsSolid8’s CEO made a statement describing his behavior as “horrific”: “This was clearly a time when I lost control and made incredibly hurtful and divisive comments. I deeply apologize to the Chan family I can only imagine how much stress and pain they feel. They have taught me to respect people of all races and I will take the time to think about my actions and work on the inequality with which many of my People are confronted every day to understand better. “

Lofthouse claimed to have started treating his alcoholism and anti-racism program.

Likewise, Lofthouse’s social media accounts are no longer available, as is its corporate website, which is titled “Coming Soon”.

As reported by the Methodist Hospital in San Antonio, Texas, the man believed the virus was a joke. Read for 3 min A man participates, is infected, and dies of complications, the NYT reports When this type of meeting became popular to “immunize” against SarsCov2, the dangers of it were already obvious. This type of…

In order to avoid inconvenience for passengers, the company was granted a patent in which a system allows the tint of vehicle windows to be changed. 2 min read Apple receives a patent that modifies the tint of a car’s windows According to results from Patently Apple and the US Patent and Trademark Office, Apple…

Especially in the multi-unit franchise sector, now is the time for owners to break out of the pandemic rut to become dynamic, positive, and proactive.

Three Types of Investments to Help You Boost Your Status, Refinement, and Social Standards, a Secret Billionaires know all too well.