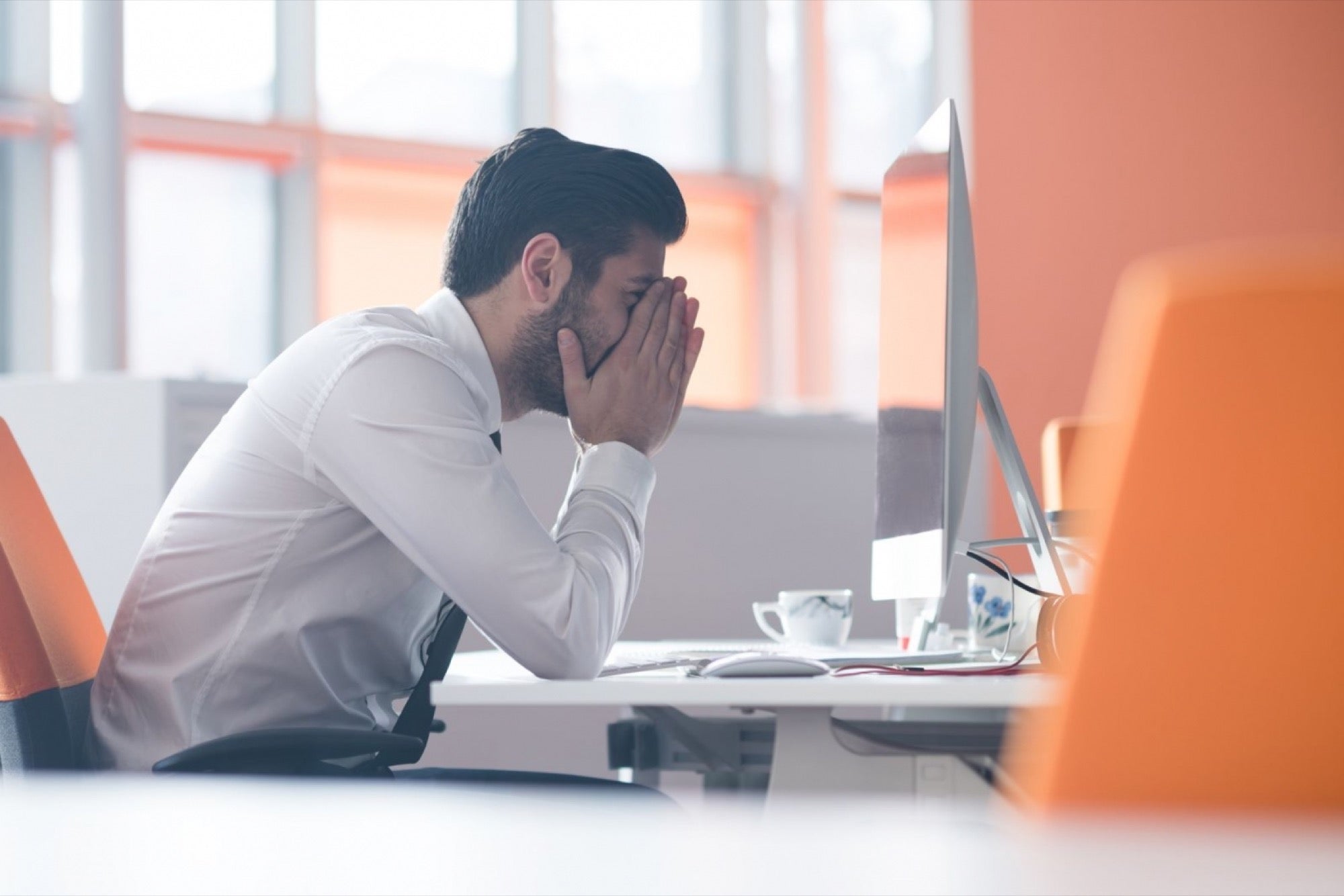 Because to send an email you also have to follow certain rules of etiquette.

Even the most pleasant and well-meaning of us may seem like a jerk in emails . And, to tell the truth, writing an email that expresses your personality can be a true art.

In a conversation you can adjust your tone of voice, your facial expressions , your gestures and your posture to express your mood. People tend to be much more receptive to the way you say things, and not so much with what you say.

On the other hand, emails “strip” conversations. They are efficient, but make simple interactions confusing misunderstandings. Without facial expressions and body postures that guide your message, people read every word you write as an indicator of your mood.

But there is good news: most mistakes made when writing emails can be avoided. The following list investigates these subtle errors and the hidden “paws”.

1. The compulsive CC and “Respond to all”

Copying other people in each email you send is one of the most annoying things you can do. I would say it is the most annoying, but this would take away the honorable first place by “responding to all.” If someone sends you an email and copies more people, do you really think that each of them should receive an email from you saying “thank you”? Definitely not.

The trick to knowing when to copy someone is to treat your email as if it were a face-to-face meeting. The question would then be: “Is it necessary or useful for this person to come to the meeting?” If the answer is “no”, do not waste your time sending an email . As for “answering all”, just avoid it. Even if someone else in the thread of the conversation does it, avoid joining and annoying your interlocutors even more. If you have something important to say, it is better to send an email live (and privately) to the original sender or let him decide if the group should know.

Too often, the cause of an email conflict is an imbalance between the effort put into writing the initial email and the post responding. When someone writes a detailed paragraph addressing an important topic, he expects a thoughtful response, and not a gross “noted” or “understood.” If your interlocutor cannot see you or listen to you, he could perceive the answers too short as apathetic or even sarcastic . This is unfortunate, as it is rarely the intention.

The best way to avoid being misunderstood by issuing a short answer is to talk about your intentions. Even replying with a “I'm a little busy now, but I'll read this email calmly in a few hours” is much more professional than a “written down”, which will be interpreted as an expression of indifference.

Emails titled “URGENT” show a complete lack of consideration by the recipient. If your email is so urgent, pick up the phone and call that person. Even if an email is really urgent, describing it as such in the title is unnecessary and sets a strong and negative tone.

There are two keys to avoid the “URGENT” titles. First, if the matter can be resolved in another way, then it should be resolved that way. Second, if this is not the case, you must resort to your ability to create a strong but not aggressive title. People check their mail frequently, so as long as you can write something that catches their attention you will have done your job. Instead of writing “URGENT,” ask yourself why mail is urgent. The answer to this question should be your title.

Frequently sending emails that tell people their mistakes is really annoying. Even if your intention is to offer constructive criticism, avoid that your emails contain a negative message. Since people cannot hear your tone of voice, they will read the connotations of the words and create a tone in their head as they do so. The negativity becomes especially negative when transmitted by mail.

When you get surprised using negative words like “don't do,” “you can't,” “you shouldn't,” or “you shouldn't,” give them a spin and make them positive. This change will transform the tone of the message completely. For example, instead of saying “don't write more reports like that,” say “the next time you write a report, please …”. Better yet: when you need to give negative feedback , avoid doing it by mail. Pick up the phone or walk a few steps to the person's place.

It's easy to think of email as something that should be done on the run, but when you take this to the extreme, you may even seem inhuman. You wouldn't go to someone's office and give him a report without giving any explanation, would you? Sending an email without an introduction may seem effective, but leaves a negative impression on the recipient (which will not leave soon).

How to avoid this? It's simple: take a few seconds to greet the person. You don't have to ask him about his weekend; A simple greeting is all that is required. Be respectful and kind. That will change the tone of the email completely!

The most complicated part of sending an email is to get certain people to interpret it as you want. To get your way, you must be sensitive and aware of your interlocutor. This means that you must take the time to put yourself in the shoes of the recipient of your message before pressing the “send” button.

These are some of the measures that customers and employees take care of in the practice centers (as soon as they can be opened). Read for 1 min Hygiene measures to reopen fitness studios With the kind support of Apollo 25 The Under Secretary of State for Health and responsible for the national strategy against…

Cyber ​​criminals are using coronavirus vaccine distribution to sell fake versions of the drug at inflated prices. 3 min read Sales of counterfeit vaccines against COVID-19 increased by 400% in the “dark network”. The Cyber ​​criminals have exploited the distribution of Covid-19 vaccinations Sell ​​fake versions of the drug to users of the “Dark Web”….

Hugo López Gatell, Undersecretary for Prevention and Health Promotion, stressed that measures will be reinforced at international airports to detect the arrival of people affected with COVID19. March 12, 2020 2 min read Hugo López Gatell, Undersecretary of Prevention and Health Promotion of the Ministry of Health, announced that for the moment Mexico will not…

The Shark Tank star wants you to put your money where you are. 5 min read This article has been translated from our English edition. Billionaire Mark Cuban’s investment advice that’s perfect for entrepreneurs The opinions of the employees of You are personal. The opportunities to start a business or invest in a business…

You surely know where you want to work, what you want ask for a jobBut you didn’t find a place in the place of your dreams and they told you that it is very difficult to enter there. There is also a depressed labor market, a global economic crisisand thousands of candidates willing to do…