Six months after the pandemic of COVID-19We are still learning what the disease can do. There are now detailed reports of brain diseases that occur in people with relatively mild lung diseases, in seriously ill people, and also in people who are recovering.

To know more: Coronavirus: what are the symptoms and how is it transmitted?

When it comes to the brain and nerves, the virus seems to have four main effects:

So far, the patterns of these effects seem to be similar worldwide. Some of these diseases are fatal, and those who survive will have many long-term ramifications.

This raises an important question: is COVID-19 associated with a severe epidemic of brain diseases, just as the 1918 influenza pandemic (though somewhat uncertain) is related to the epidemic of lethargic encephalitis (brain disease)? Dream) that lasted until the 1930s? It’s hard to say at this time, but this is what we know about the effects of the virus on the brain so far. 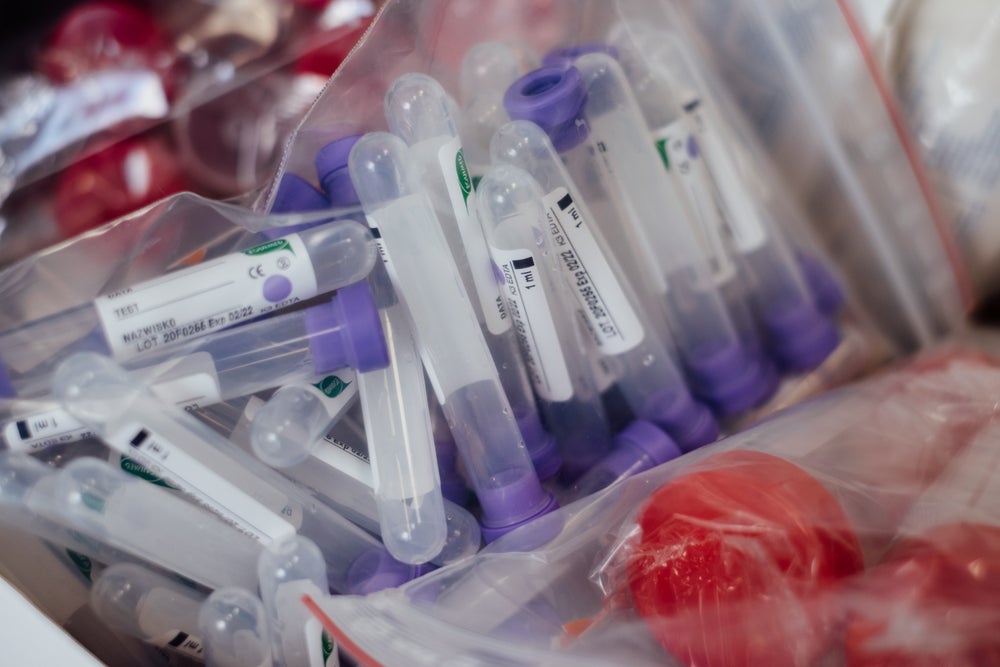 The virus also has the potential to directly infect the brain / image: Freestocks via Unsplash

What is going on in people’s minds?

First, some people with COVID-19 experience confused thoughts and disorientation. Fortunately, in many cases it is short-lived. However, we still don’t know the long-term effects of the delirium caused by COVID-19 and whether some people may experience long-term memory problems or even dementia. Delirium has been studied primarily in the elderly and is associated with an accelerated cognitive decline in this group that goes beyond what is expected when patients already have dementia.

The virus also has the potential to directly infect the brain. However, most of the physical effects we’ve seen on survivors seem to be secondary effects of the virus present in the brain rather than the effects of direct infection. For example, our immune system can adequately fight the virus, but it can start attacking our own cells, including brain cells and nerves. This can happen through the action of immune cells and antibodies through an inflammatory mechanism known as a cytokine storm, or through mechanisms that we don’t yet understand.

There are also COVID-19 patients with ischemic strokes in which a blood clot blocks the flow of blood and oxygen to the brain. Some of these patients have risk factors for stroke (e.g. high blood pressure, diabetes, or obesity), although their strokes have been particularly severe. This appears to be due to the fact that the blood in COVID-19 thickens rapidly and several blood clots have occurred in the arteries in these patients that carry blood to the brain, even in those who are already receiving anticoagulants. In other cases, brain bleeding occurs due to weakening of the blood vessels, which may be inflamed by the effects of the virus.

In cases where coronavirus infection is associated with inflammation or damage to the nerve endings themselves, people may develop a burning sensation and numbness, as well as weakness and paralysis. It is often difficult to know whether these are the effects of a critical illness on the nerves themselves or whether the brain and spine are affected. 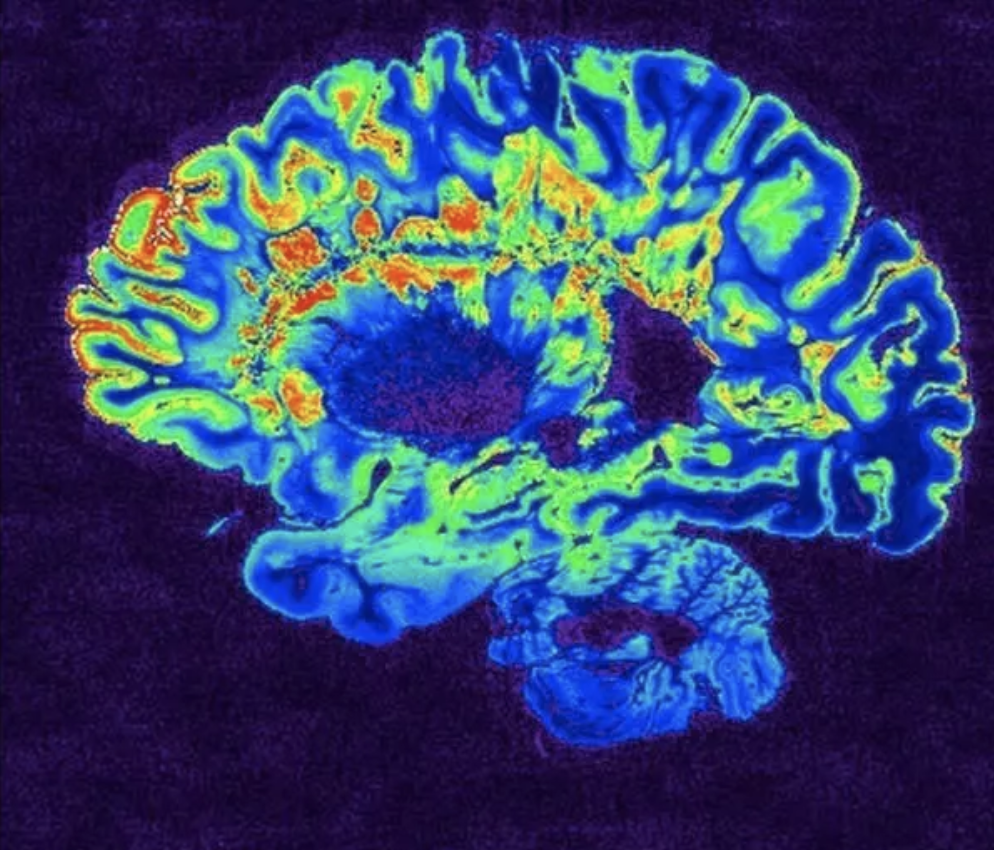 An image of a COVID-19 patient’s brain after an MRI / Image: NIH Image Gallery / Flickr

All of these effects on the brain and nervous system can cause long-term damage and accumulate in a person. However, we need to know more about what’s going on in people’s nervous systems before we can accurately predict long-term effects.

One way to find out more is to take a look inside patients’ heads using imaging techniques like MRI. So far, brain imaging has provided a pattern of evidence that has never been seen before, but it is too early to use in this pandemic.

In one study, patterns of inflammation and a shower of small bleeding spots were found, often in the deeper parts of the brain. Some of these findings are similar to those seen in divers or with altitude sickness. They could represent the profound lack of oxygen that is delivered to the brain in some COVID-19 patients – but we’re only beginning to understand the full extent of the brain’s involvement in the disease. So far, imaging studies of the brain and post-mortem of those killed by COVID-19 have been limited.

Parallelism to the past

The 1918 flu pandemic may have killed 50 to 100 million people, one in 50 infected, and three to six times the number of people killed in World War I. However, it has disappeared from our collective memory. It is not often mentioned that this pandemic was linked to an outbreak of brain disease – lethargic encephalitis due to “sleeping sickness”.

Between 1580 and 1890, encephalitis and sleeping sickness were associated with previous outbreaks of influenza. However, the epidemic of lethargic encephalitis in the 20th century began before the flu pandemic in 1915 and continued until the 1930s. It is therefore still difficult to prove that there is a direct connection between the two.

In the deceased, autopsies showed an inflammatory pattern in the brain seat (known as the brain stem). Some patients who had damage to the areas of the brain that were involved in the movement were trapped in their bodies, had been unable to move for decades (post-encephalic parkinsonism), and were only treated with L-Dopa (a chemical that does this) tat) “awakened” occurs naturally in the body) by Oliver Sacks in the 1960s. It is still too early to know if we will see a similar outbreak related to the COVID-19 pandemic, although early reports of encephalitis in COVID-19 have shown features similar to lethargic encephalitis.

The consequences of this global event teach us many lessons in the COVID-19 era. One of them is, of course, that we can observe widespread brain damage after this virus pandemic.

However, it is also important to remember the political and social impact of pandemics and the need to help vulnerable people who get sick later. COVID-19 has already identified differences in access to healthcare. Society continues to be judged on how it protects and treats those most at risk of contracting this virus and its health effects. This includes people with neurological disorders that are derived from COVID-19.

After the news got out, social media users fear that people are abandoning their pets because of misinformation. 2 min read Three puppies tested positive for COVID in Mexico: They were infected by their owners Recently the authorities of the Secretariat for Agriculture and Rural Development (Sader) confirmed the first positive cases of pets affected…

The young man used his mother’s phone to access various bank accounts and spend the money on in-game microtransactions. Increase your business, Not your inbox Stay up to date and subscribe to our daily newsletter now! Read for 2 min Gamer spends more than $ 20,000 on his parents’ savings on a video game A…

ABG and Simon Property Group will own 37.5% and Brookfield Property Partners 25% of the property of the casual clothing company. February 21, 2020 2 min read This story originally appeared on High Level They rescue the Forever 21 brand for 81 million dollars The company Authentic Brands Group (ABG) announced the acquisition of Forever…

Improved results and a new product carousel make it easier to preview available items in a store, so users can securely secure local stores. 2 min read The new Google search function makes it easier for SMEs to sell This story originally appeared on PCMag The battle of small and medium-sized enterprises (SMEs) to sell…

5 min read In less than three weeks is the deadline for that final separation of the United Kingdom from the European Union. Although the split was officially announced on January 31, 2020, it was agreed that the remainder of the year would be a transition period to spell out details on how their relationship…