90% of Mexicans are interested in starting their own business despite the pandemic Amway Global ship Report (AGER 2020.) for its English acronym). Taking the public pulse of the state and the intent of entrepreneurship on a global scale, this study shows that Mexico beats the average interest percentage of the rest of the countries where the study was conducted (57%) by 33 points.

With the assistance of consulting firms Ipsos and GFK, Amway conducted the tenth edition of this study, which sampled 23,808 respondents from 25 markets. We conducted an interview to find out exactly how the habits and intentions of entrepreneurs have changed over the past year and what impact the COVID-19 pandemic has had on entrepreneurship Martín Galeazzi, General Manager of Amway de Méxicowho pointed out that one of the biggest news and trends is that people see social networks as a great resource.

“A very specific question arises: Would you use family or friends’ social networks for your business? The 87% She said yes, she is fine and would. Social networks are a great vehicle to not only interact and contact in today’s digital world, but especially to sell, ”he says.

The most popular social networks are Instagram, Facebook, and WhatsApp, but the manager says that as entrepreneurs grow, they will find a way to keep their businesses going.

One of the strengths of the direct selling brand is that it has had a particular interest in educating its entrepreneurs during its 60 years worldwide and 30 years in Mexico. “Education was a pillar and we have always developed face-to-face and virtual training. Now, with the new normal, everything has become virtual and on very different topics, from the use of zoom, ie how to connect with people in the new normal, to rules about social networks ”. 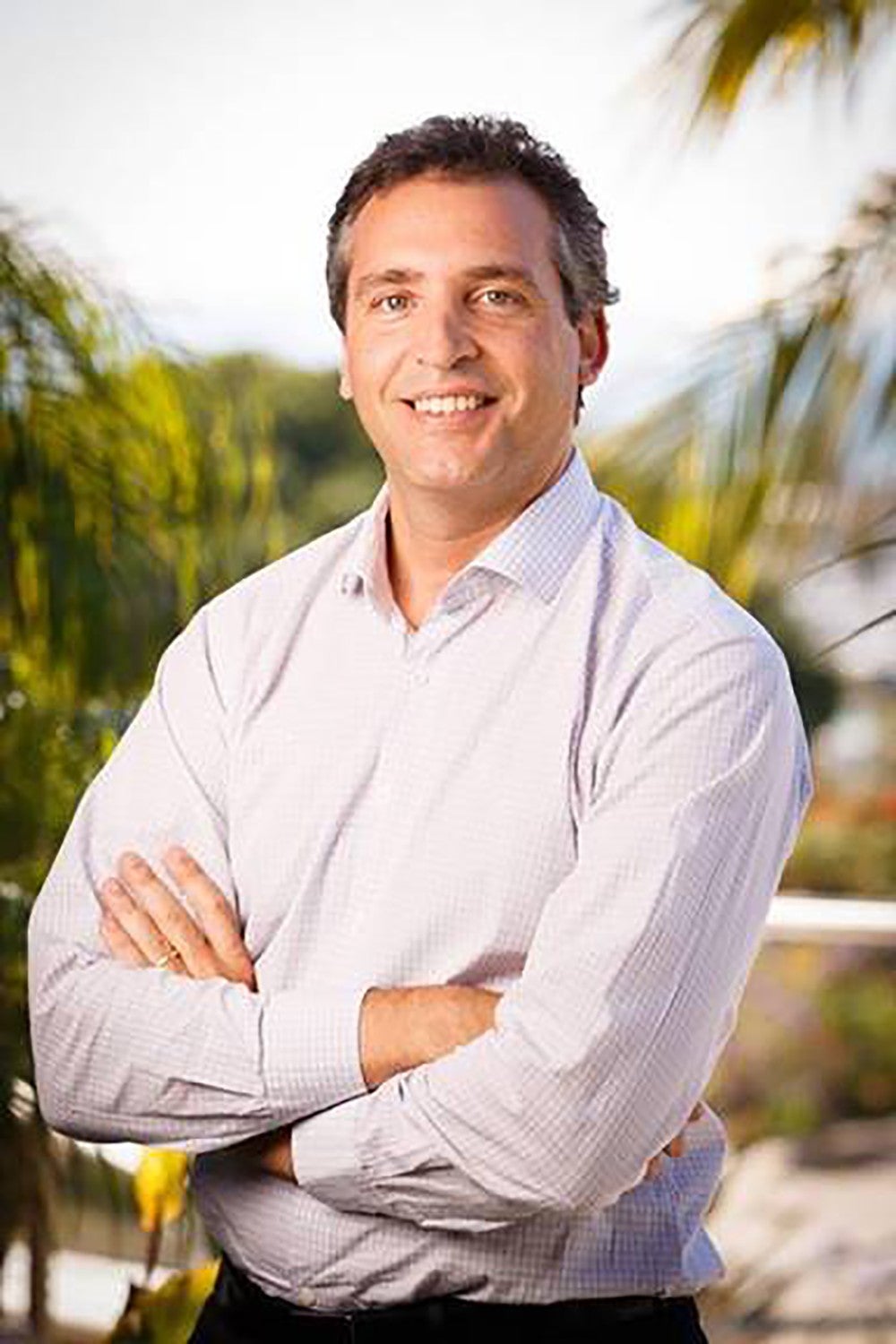 Commitment out of conviction

The study looked at interest in eight different business opportunities. Compared to the world market, Mexico showed a higher proportion of interested parties Social Media Sales (75%), the independent work (75%) and the traditional work (69%).

He stressed that the 63% of Men’s are interested in the Direct sales, before the 58% of Women who sees that? Direct sales as an opportunity to start a company.

The 73% of respondents with less than 35 years they are interested in him Autonomous work (self-employed) as a business opportunity and 69% would be inclined to have a business related E-commerce.

65% of respondents said that working on something they are really passionate about would be the main benefit of owning a business, and the momentum they do not just do out of necessity has increased, as reported in reports has been.

Galeazzi points out that the 83% of Mexicans believe they have the ability to Percent higher than the rest of the markets. “I think that Mexicans, and especially young people, have a lot of resilience, a lot of lust and, moreover, that all this new normality has awakened the intention of many people to be innovative, to try new things, the mental obstacles that were often the last “.

In short, the interviewee says: “The new normal was a turning point and many people feel more comfortable and secure about doing something; even more so when new tools such as social networks appear in his hand ”.

But the entrepreneurial power of this company is not just young people (50% are under 35 years old). The manager says it’s the combination that creates his strength. “I think that is a great value because the whole experience and wisdom of older people is complemented by the drive, the desire, the energy and the knowledge of new things that young people have. That’s a great thing about Amway. All of our training courses are aimed at different target groups. Everyone takes in aspects that interest them most, ”he comments. 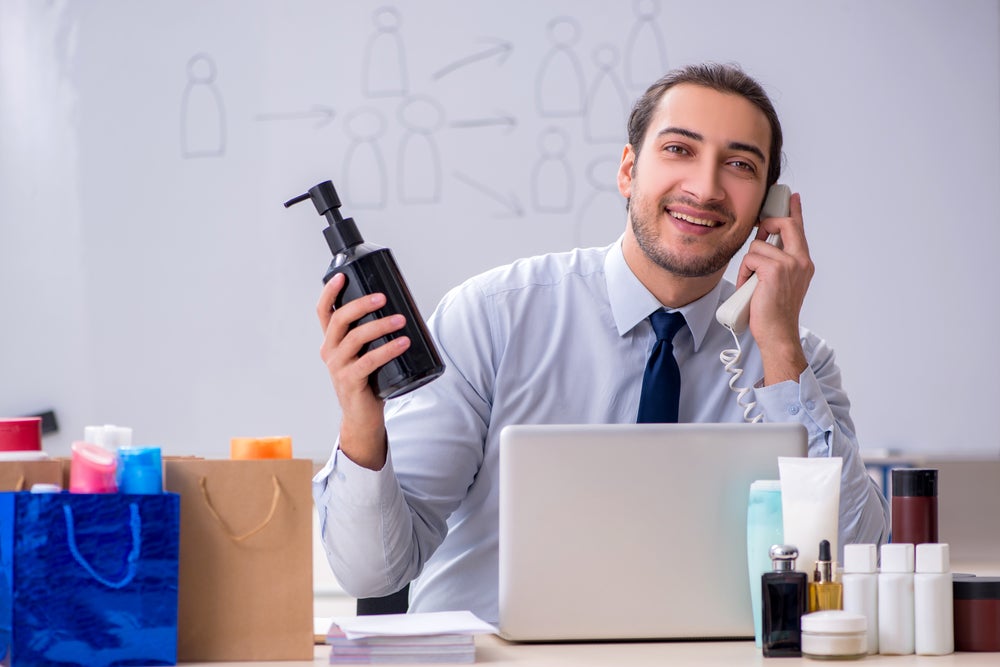 The numbers are growing

In the past year, the proportion of Amway entrepreneurs has increased by around 5%. This number is related to the brand’s revenue growth. “We have 60 years of history around the world. We have gone through many difficulties, never as global as this, but the company has always managed to overcome difficulties. It also helps a lot that more than 50% of the products are nutritional supplements that are very similar to the new normal, as are detergents. The world’s leading brand in nutrition is Nutrilite. These aspects helped a lot so that the company could go on and even get stronger. We used this pandemic as a great opportunity to develop further ”.

The future is very promising for e-commerce, says the manager. With this in mind, Amway has worked to help its entrepreneurs with the tools to manage their own online store and make delivery logistics more efficient. “Today we have an average delivery time of no more than three days to get anywhere in the Mexican Republic.”

The study also assessed the main barriers Mexicans face in starting a business. 64% of respondents believe that Obtaining the necessary capital for the investment is one of the three most important challengesfollowed by amortization within a reasonable period of time (43%) and work-life balance (32%).

Where is business going in Mexico? Martín Galeazzi believes it will develop now more than ever. “It’s reflected in the numbers. This new normal has arisen from the need for and taking advantage of opportunities. I see a very bright future in terms of entrepreneurship in Mexico and Latin America and I believe direct selling, and Amway in particular, is a great tool to accurately channel all of these very positive people’s intentions to run their own business ”.

Two months ago Miguel Angel Sánchez Candón became the new CEO of Decathlon in Mexico There the company has an ambitious growth plan with the aim of promoting the democratization of sport and solidifying the company as a trustworthy brand in its segment. What’s your strategy Strengthen the omnichannel experience so consumers can be close…

Fast fashion can be the trigger for many locker room failures due to inconsistent sizes and poorly fitting clothing. Spanish retailer Zara falls into that category and shoppers are unsure whether to scale up or down the piece of clothing they are trying on. TikTok reportedly reveals hidden size symbols on Zara labels Until now….

10 min read This story originally appeared on Unknown Mexico Brief history of marijuana in Mexico Editor’s note: In the “Negocios Icónicos” series from our sister site México Desconocido, we will be reviewing the history of products, companies and brands that made history every week. Surely you know an aunt, a neighbor or even your…

The aim of this program, which is approved by the Minister of Economic Affairs, is to integrate experts and micro and small businesses affected by COVID-19 into the digital economy. Increase your business, Not your inbox Stay up to date and subscribe to our daily newsletter now! Read for 5 min Do you have a…

Ashley Merard won her lawsuit against the Burger King Magic Burgers LLC franchise in the US District Court of Orlando Orlando Sentinel. Merard accused Burger King of firing her for using a windpipe. “You can’t tell her to remove the tube. She would die … It’s a question of what’s right and what’s wrong, and…

The consulting firm BCG made an estimate of the worst-case scenario for the health emergency in various countries, but noted that its projections were taken out of context. April 6, 2020 2 min read A few days ago some national circulation media cited the internal report of the US firm Boston Consulting Group, which explained…