Xonacatlán, a city in the state of Mexico, covers 70% of the demand for this type of toy in the country.

Editor’s note: In the “Negocios Icónicos” series from our sister site México Desconocido, we’ll be reviewing the history of products, companies and brands that made history every week.

The fluff is flying all over town, of the more than 500 Factories Teddy bears you can find it here. Hundreds of women and men work in them, filling huge abdominal muscles with polyester, putting eyes on their eyes and drawing the smile of each doll with red thread.

Loads full of fat bears Course to Tijuana and until Yucatan PeninsulaThat’s why producers are proud to say that if you have a teddy bear at home, the chance that it was born here is 70% Xonacatlán, Parish of State of Mexico. 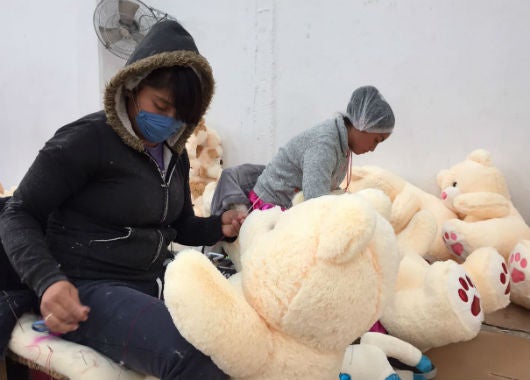 But this town is only just being recognized for the giant stuffed animal it really is. Few Mexicans know of their existence. Many continue to believe that their stuffed animals can only come from there of Asian monsters How Taiwan or China.

That is why those who have heard of this corner of Mexico do not hesitate to walk the streets of this city to find shops selling bears, long-eared dogs, smiling elephants, crazy monkeys or cartoon characters made of stuffed animals at affordable prices for the bride give, but above all “do business”. 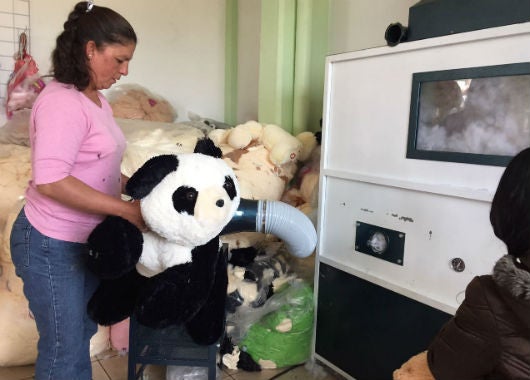 But you can also come to this city and ask one of the factories Grab it to see what the plush production process looks like as most workshop managers love to show how their job is done.

One of the workshops Unknown Mexico attended was Mardán, where they not only made stuffed animals, but also developed their own machines to fill each of their “monkeys” with polyester.

Ortiz, director of a stuffed animal house, says no one expected Xonacatlán to become the stuffed animal kingdom it is today, having been one of the poorest communities in this area 30 years ago State of Mexico. Until one day the city government gave workshops on making dolls and the first manufacturers came from there. 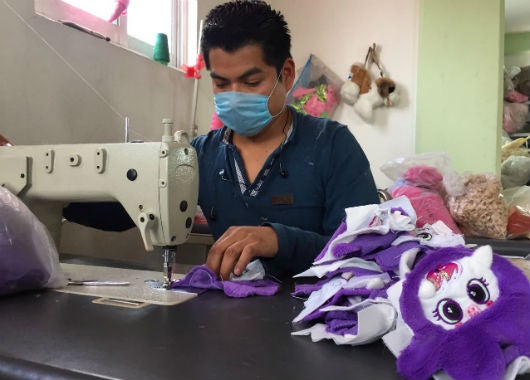 Since then the city has improved because more people have jobs and so do they shops from the area have benefited from the arrival of visitors.

But the big brands have also turned to Xonacatlán because, for example, dog food companies are starting to include stuffed animals for pets in their bags, which are made in this city.

Even the Mexican Pacific League sends Xona factories to make their branded toys.

Without a doubt a very interesting city.

Sam Keusch has a bar mitzvah in front of him. And according to tradition, he was looking for a special mitzvah project or good deed to mark his ritual transition into adulthood. After seeing his father David, scheduling his grandparents’ appointment for the COVID vaccine, and watching how overwhelming the process can be for seniors…

We explain how you can transform your bar, your party room or your club into a restaurant so that you can reactivate your operations while the CDMX continues to run at an orange traffic light. 5 min read How to change the turn of your business to work as an inn Claudia Sheinbaum, Boss of…

Read for 8 min This story originally appeared on high level An accident almost broke his spine; Today the company has already billed 30 million pesos By Roberto Castro Huerta The mountains of Vail, Colorado, were the scene of the traumatic accident that changed Julieta Silva’s life in 2013. A shocking fall while skiing brought…

The base plan offered by Netflix is ​​the least affected since its increase is 10 pesos, as Netflix covers the remaining amount. Read for 3 min Netflix announces price hike in Mexico for June 1st With the kind support of Cine Premiere By Brenda Medel In early 2020 it was announced that prices for various…

Qapla Gaming tries to democratize the sport. 3 min read Qapla Gaming is looking for companies that want to reach a similar audience as they sponsored major events prior to COVID19, but now online gaming events. This startup wants to be the bridge between brands and the world of gaming The pandemic was a turning…

On Tuesday evening, artists from all over the world who are called by Dux Animation will project a message of peace that you can get via Facebook. Read for 2 min The opinions of the employees of s You are personal. These entrepreneurs will illuminate the Latino Tower of Hope Looking for artists from different…